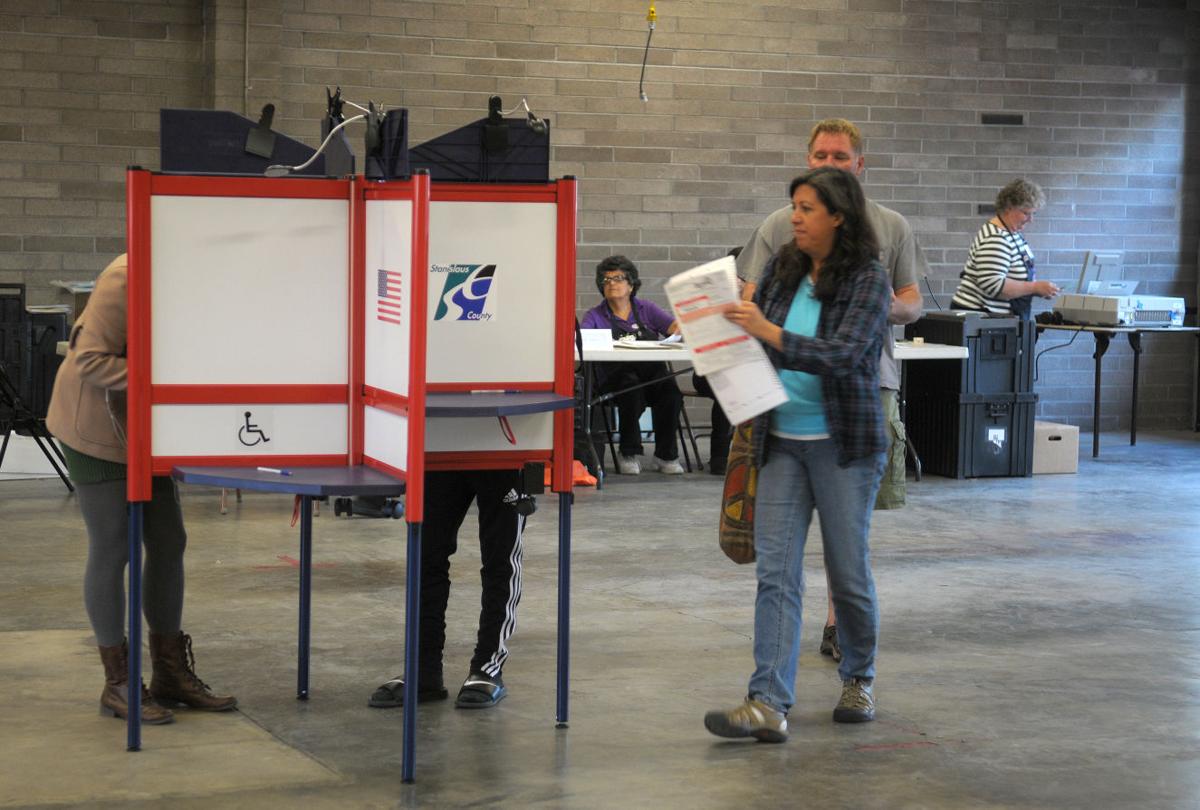 Voters take their ballots to the polling booths at Patterson Fire Station No. 1, one of four precincts in the city on Tuesday Nov. 4, 2014. 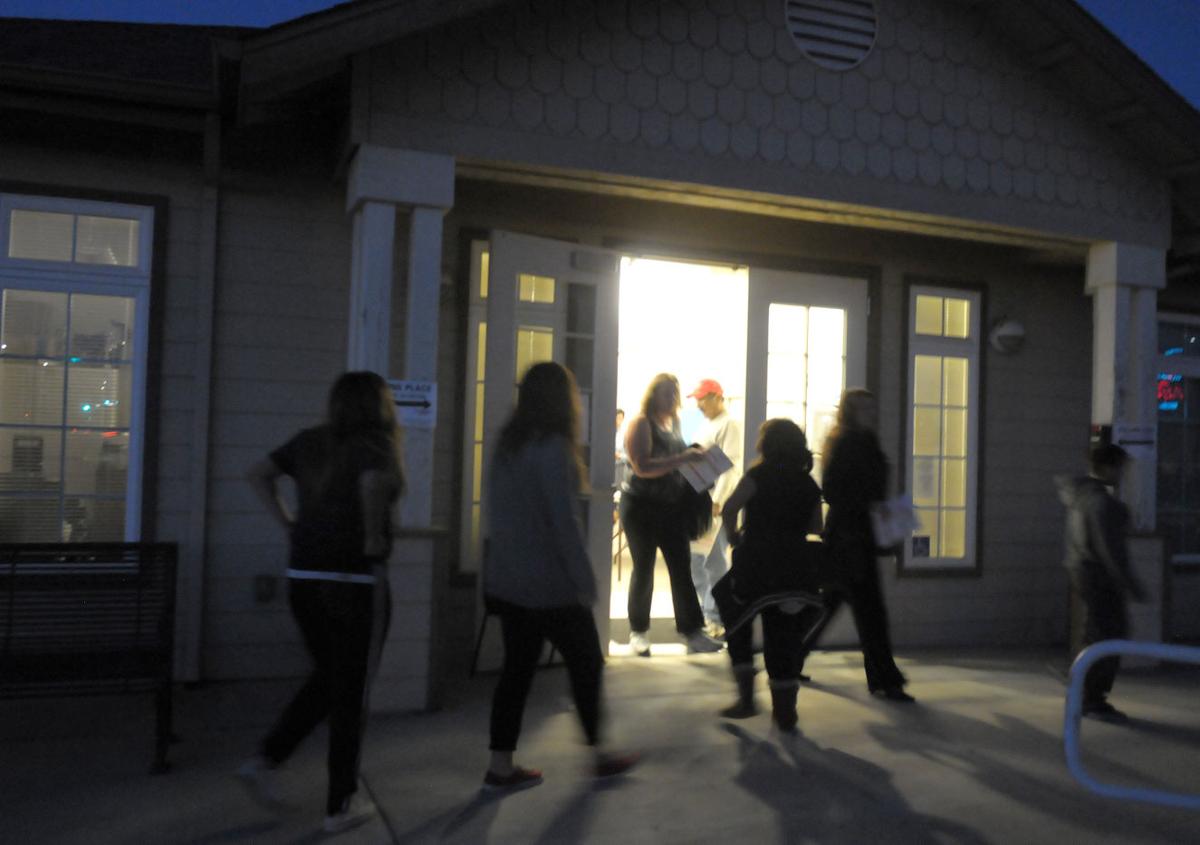 Voters and their families show up to the Las Palmas Senior Apartments polling precinct as the polls were coming to a close Tuesday Nov. 4th. 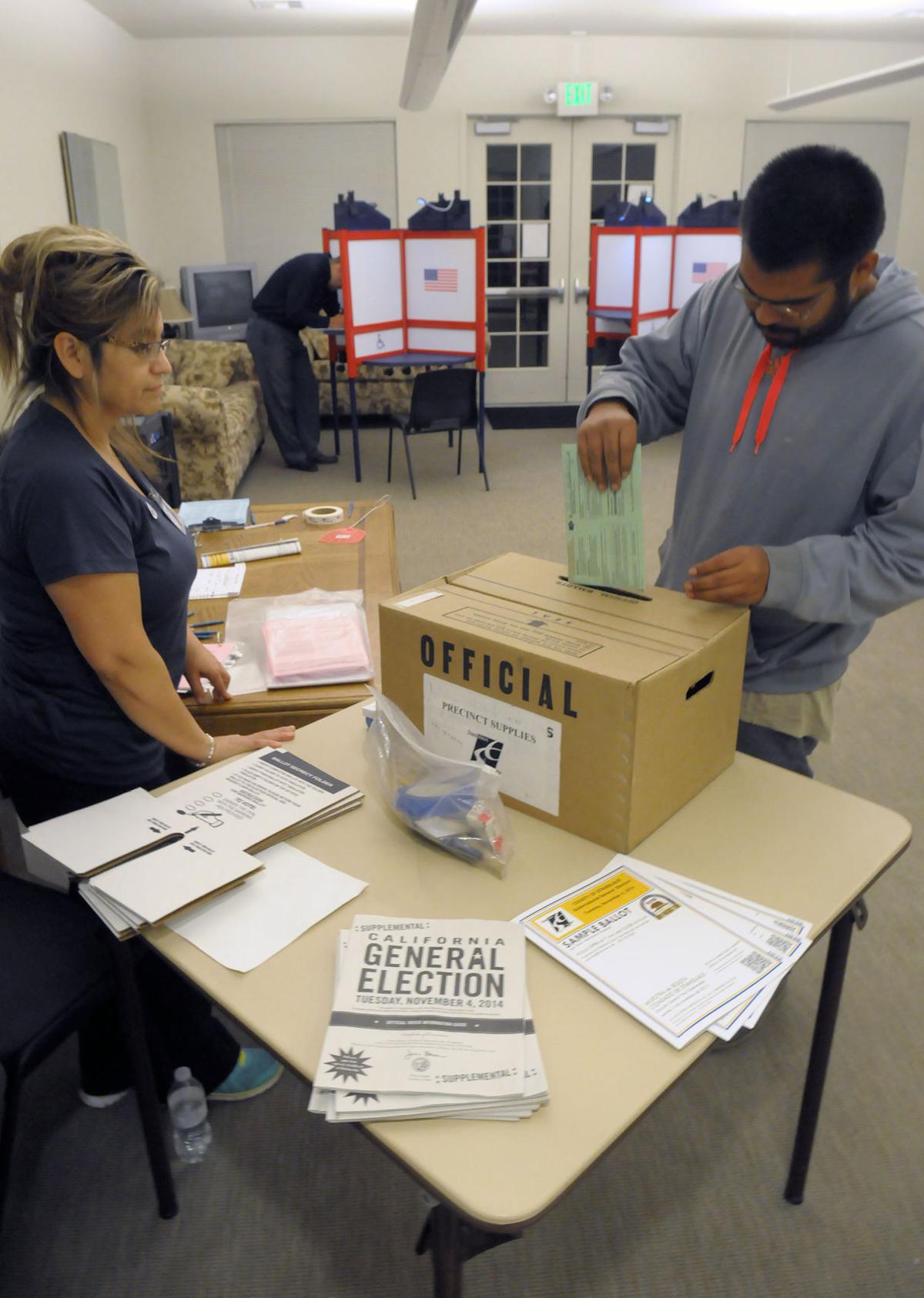 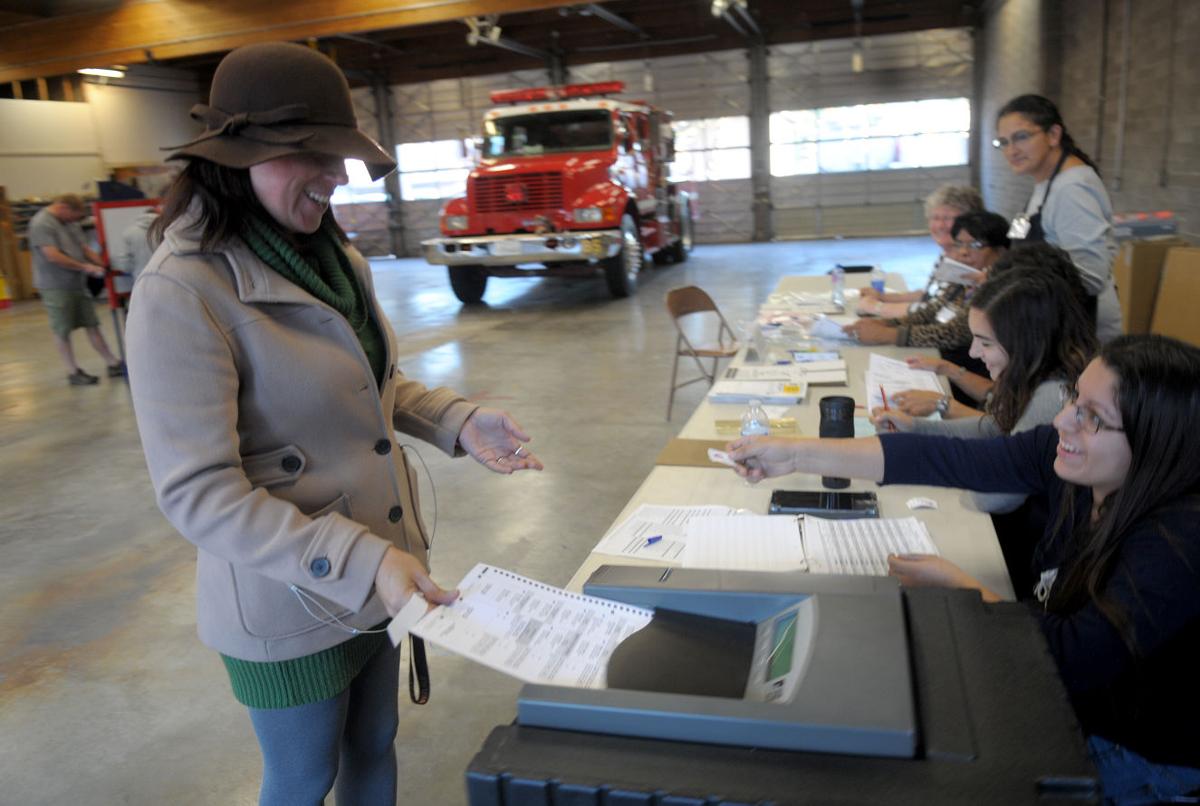 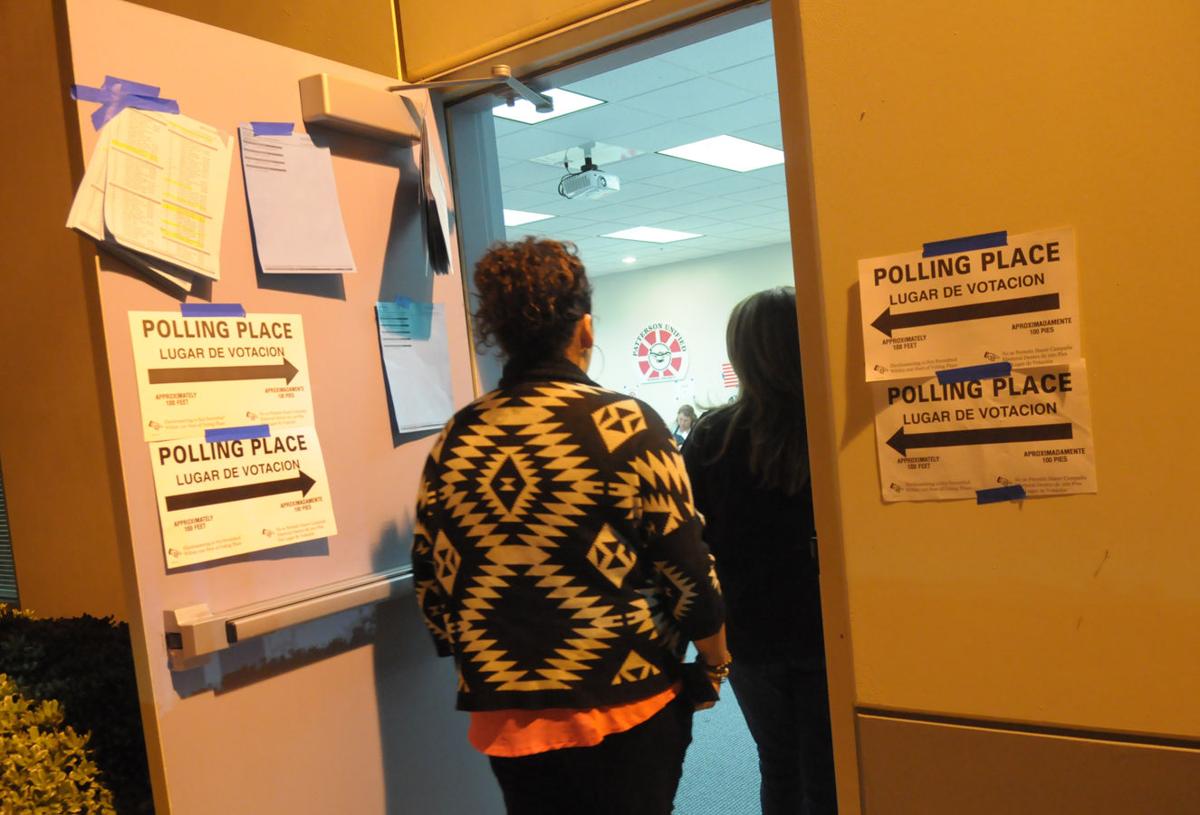 Voters show up to the voting precinct at the Patterson Unified School District Building. 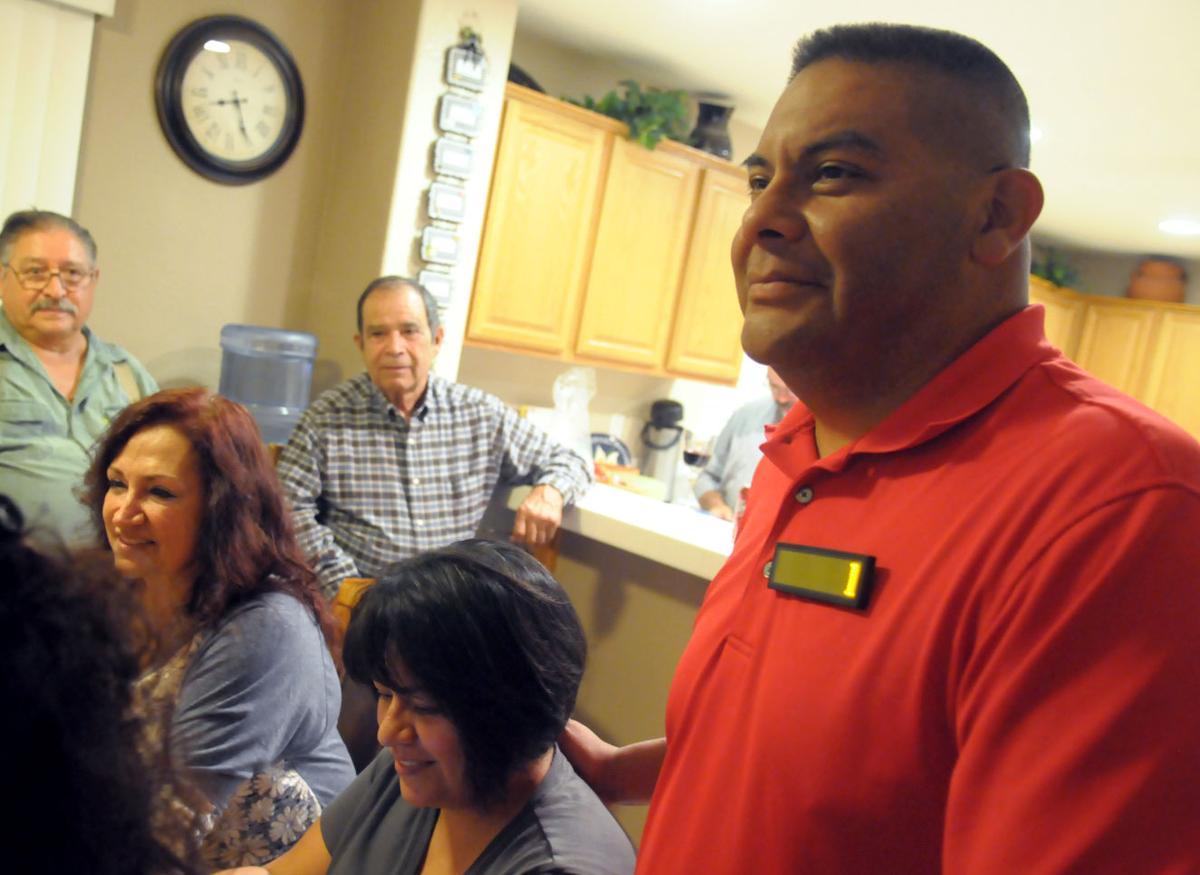 Mayor Luis Molina watches the state election results at his home while surrounded by friends family and supporters while waiting for the final vote counts to be updated. 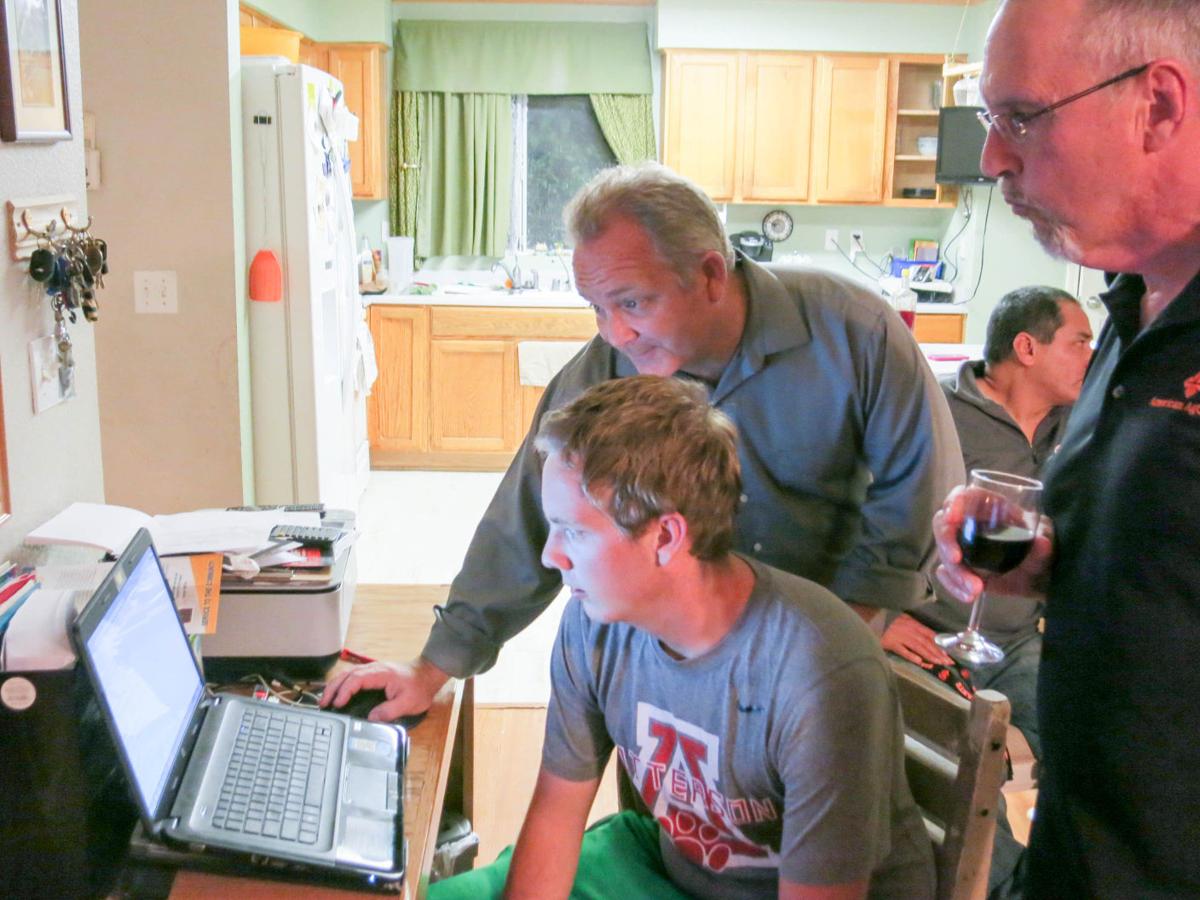 Dennis McCord checks for updates on the Stanislaus County Election website StanVote.com at his home following the closure of the polls Tuesday Nov. 4. 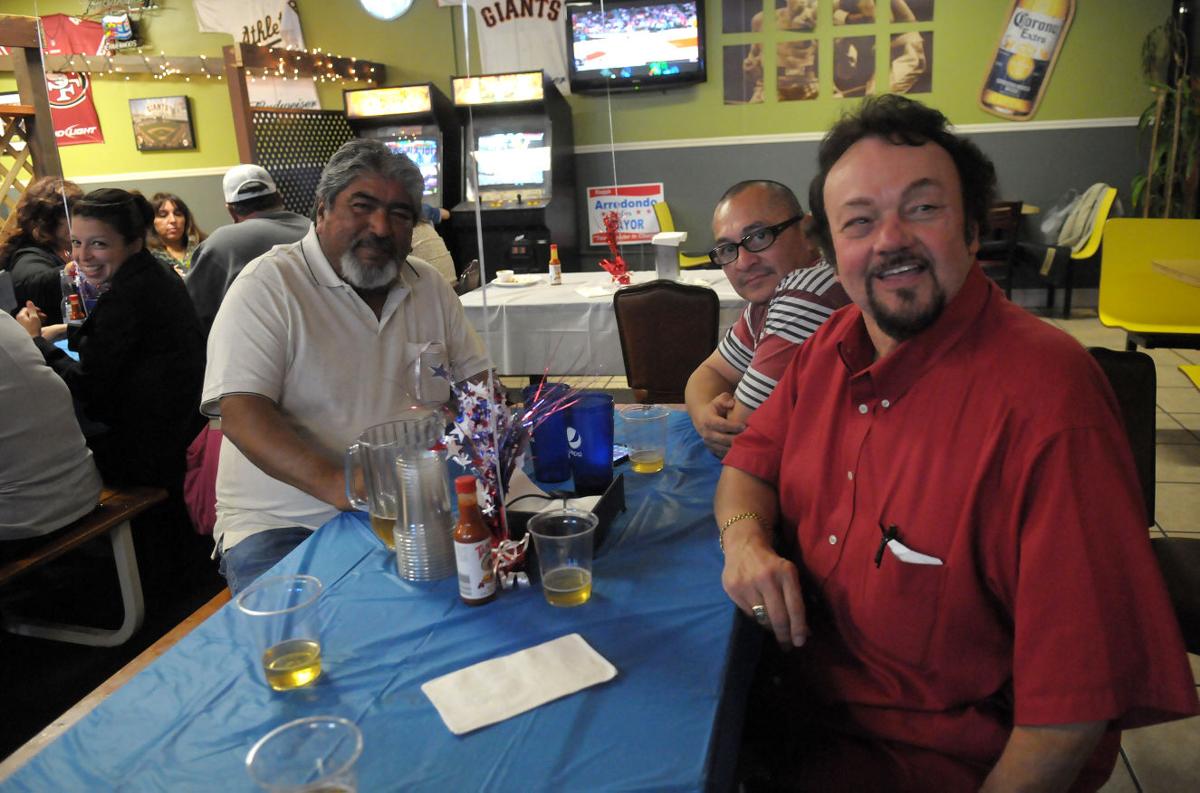 Voters take their ballots to the polling booths at Patterson Fire Station No. 1, one of four precincts in the city on Tuesday Nov. 4, 2014.

Voters and their families show up to the Las Palmas Senior Apartments polling precinct as the polls were coming to a close Tuesday Nov. 4th.

Voters show up to the voting precinct at the Patterson Unified School District Building.

Mayor Luis Molina watches the state election results at his home while surrounded by friends family and supporters while waiting for the final vote counts to be updated.

Dennis McCord checks for updates on the Stanislaus County Election website StanVote.com at his home following the closure of the polls Tuesday Nov. 4.

Patterson Mayor Luis I. Molina sat in his Heartland Ranch home Tuesday night surrounded by a surprise visit of friends, family and supporters who joined the optimistic Molina as he checked on the first vote totals rolling in following the close of the polls at 8 p.m.

Initial results showed Molina ahead of all other mayoral candidates with a 42 percent lead.

"To see the numbers of absentee ballots come in, it feels good," Mayor Molina said. "But it’s still early."

Molina was cautious not to celebrate too early, considering he was behind in absentee ballots initially during his mayoral campaign in 2010 before eventually coming back to win the seat in that election.

"It’s unique," Mayor Molina said of the 2014 mayoral candidate race. "I’ve never run against anyone like this before. Everyone essentially starts out with 25 percent of the vote."

By early Wednesday morning, the final ballots from each precinct within the city had been counted and showed Molina increased his percentage of the total vote to 46.45 percent and garnered 903 total votes.

Political newcomer Ralph M. Arredondo garnered the second highest amount of votes for the mayoral position with 443 votes and 22.79 percent of the total vote.

City Council candidate Dennis McCord, who lost a shot on the council two years ago after falling behind opponent Sheree Lustgarten by only two votes, isn’t experiencing the same misfortune this time around after final tallies placed McCord as the top vote-getter for the 2014 council candidates.

"I’m hoping this time the votes will hold up once they get through the elections office, and we can get to work on making Patterson a place we all want to live," McCord said.

Though he described himself as feeling cautiously optimistic, the air of the McCord household was celebratory the moment the first votes were tallied and up online. Some 20 friends were gathered, huddling alongside McCord at his laptop for local results and following along with national and state elections.

"The question was going to be: ‘Would Stobb pull enough to unseat the incumbency?’ It doesn’t look like it," he said Tuesday night.

As more votes came in, and the results looked set in stone, the lead City Council vote-getter added, "I’m thrilled that so many citizens got involved in the election."

McCord pulled 855 votes for 25.54 percent of the vote. Not far behind McCord was incumbent Deborah Novelli, who will return to Patterson City Council for a second term after earning 787 votes—or 23.51 percent. Coming in third by a wide margin was incumbent Larry K. Buehner at 529 votes. Behind Buehner were Carlos Gustavo Fierros and John T. Stobb, who earned 457 and 413 votes respectively.

Local Walmart manager Troy D. McMahan’s name was still on ballots Tuesday, though he dropped out of the race citing health issues, drawing just under 9 percent of votes away from other candidates for a total of 295.

Before dropping out, McMahan asked his supporters to vote for Buehner, and had they followed his endorsement, Buehner would have had enough votes to surpass fellow incumbent Deborah Novelli and retain his council seat.

Buehner attributed a crowded race as well as misinformed voters as contributing factors in losing his bid to be elected.

"We knew it was going to be a busy race with five candidates running," Buehner said by telephone Wednesday morning.

Buehner went on to say that the recent uproar about the Mello-Roos fees misinformed voters to his detriment.

"The way it was perceived by social media, the refinancing actually lowered the rates," Buehner said. "People don’t take time to read into their tax bills, you’ve got to read line item by line item."

When asked if Buehner planned to run again for a council seat in two years, his reply was, "I don’t know, we’ll have to see how things are. If there’s problems that need to be addressed, then maybe so."

Incumbent Councilmember Deborah Novelli wanted to keep from celebrating her victory until after the election results are certified, but felt pretty comfortable with her 258 vote lead over opponent Larry Buehner.

"I’m delighted with the favorable outcome," Novelli said. "I’m proud of the citizens who took their constitutional right to vote."

Novelli spent her evening at home surrounded by her family watching for updates on the StanVote election website.

"My son and I ran out to Walmart this morning, and people we didn’t even know were coming up to us and congratulating us."

Councilmember Dominic Farinha was with his family and friends for election night.

"I want to first congratulate Luis for winning, and congratulate those on the campaign trail both on the council and mayors’ race; it’s not an easy task," Farinha said by phone Wednesday morning. "It’s a worthwhile position regardless of what people say about elected officials."

Farinha went on to credit voter apathy as playing a hand in losing the mayor’s race.

"If you look at the numbers during the presidential election, the votes are more than double," Farinha said. "Where are those people this time?"

Farinha said he looks forward to working with Novelli, McCord and Lustgarten, and added that regardless of where he places in the overall results, that he will remain a policymaker.