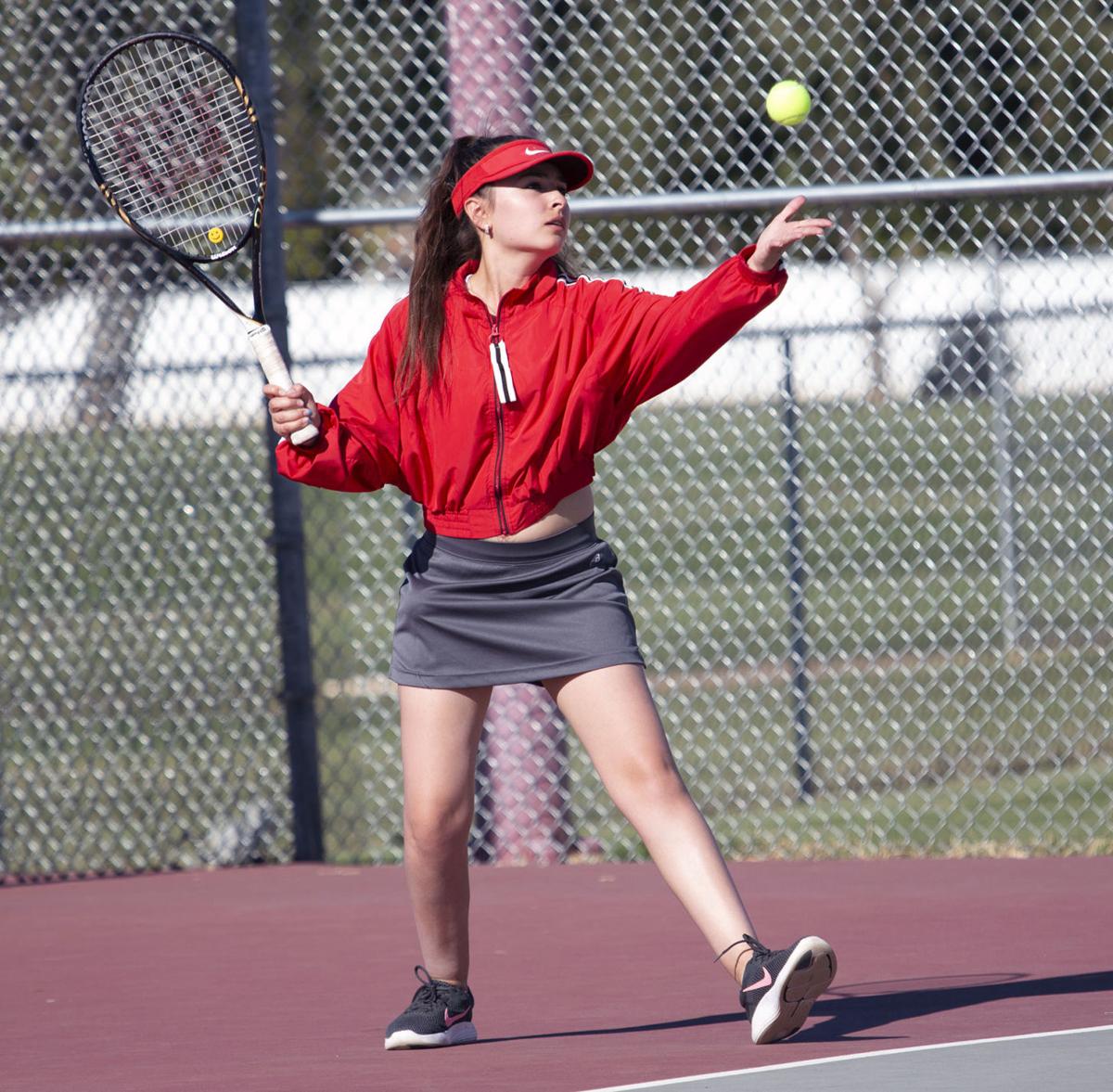 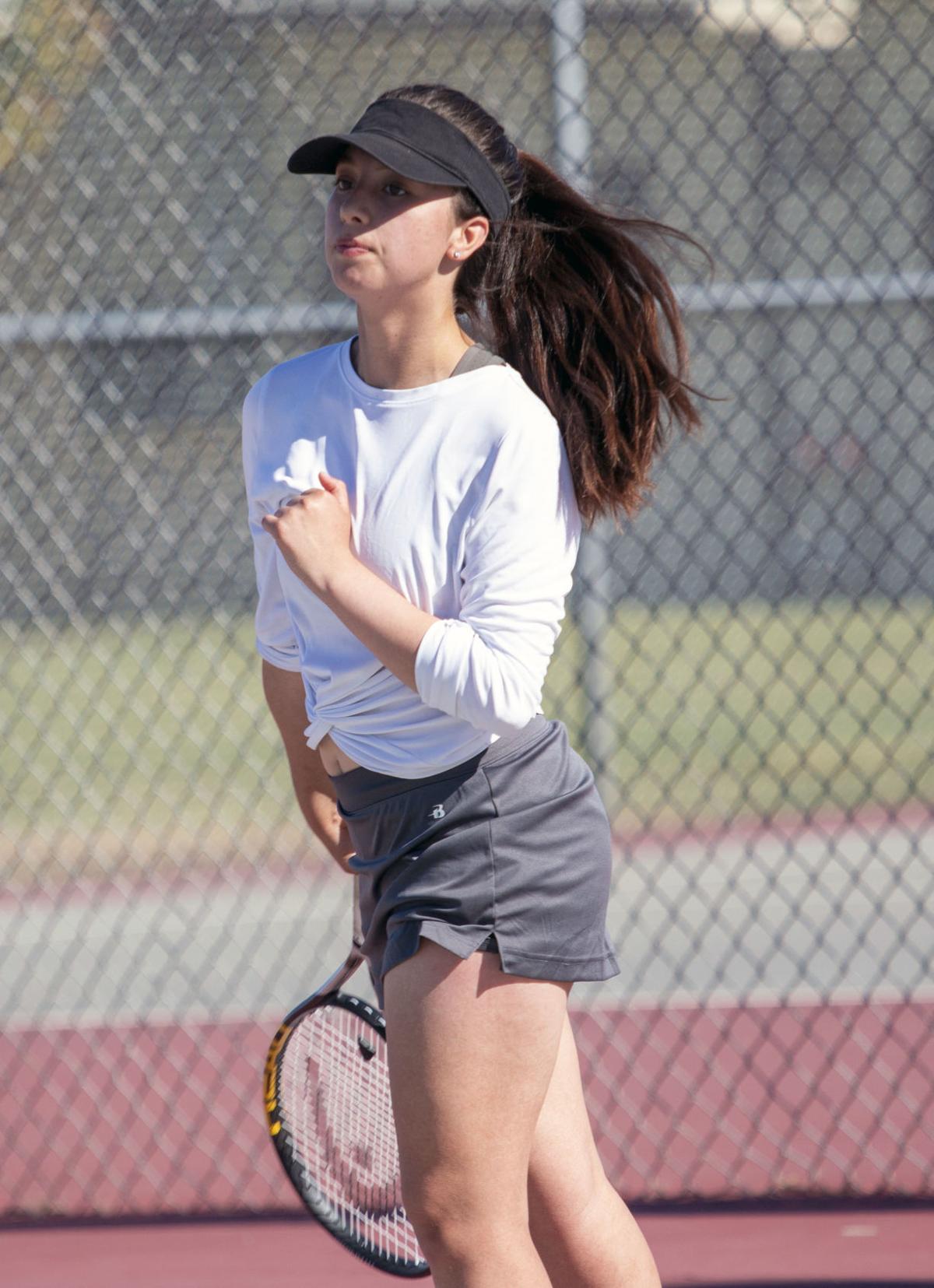 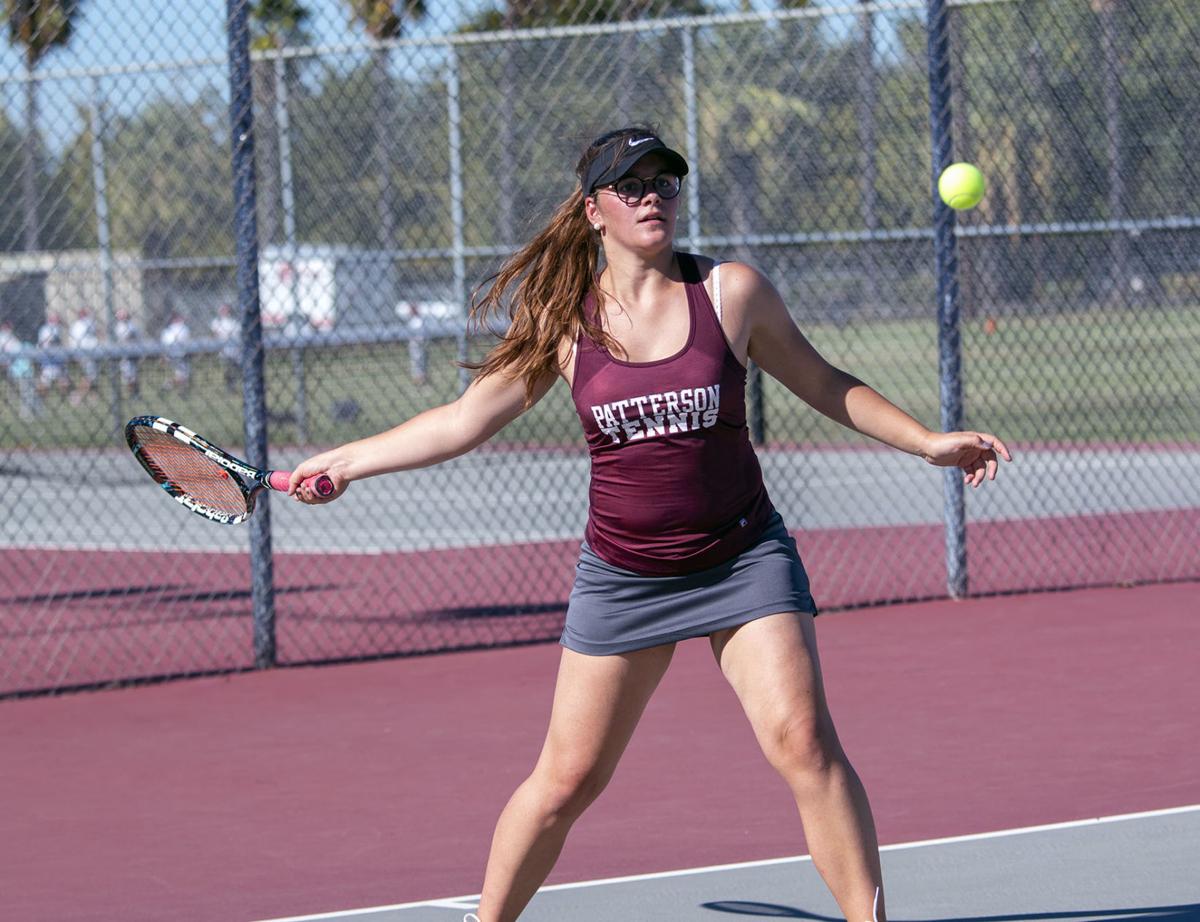 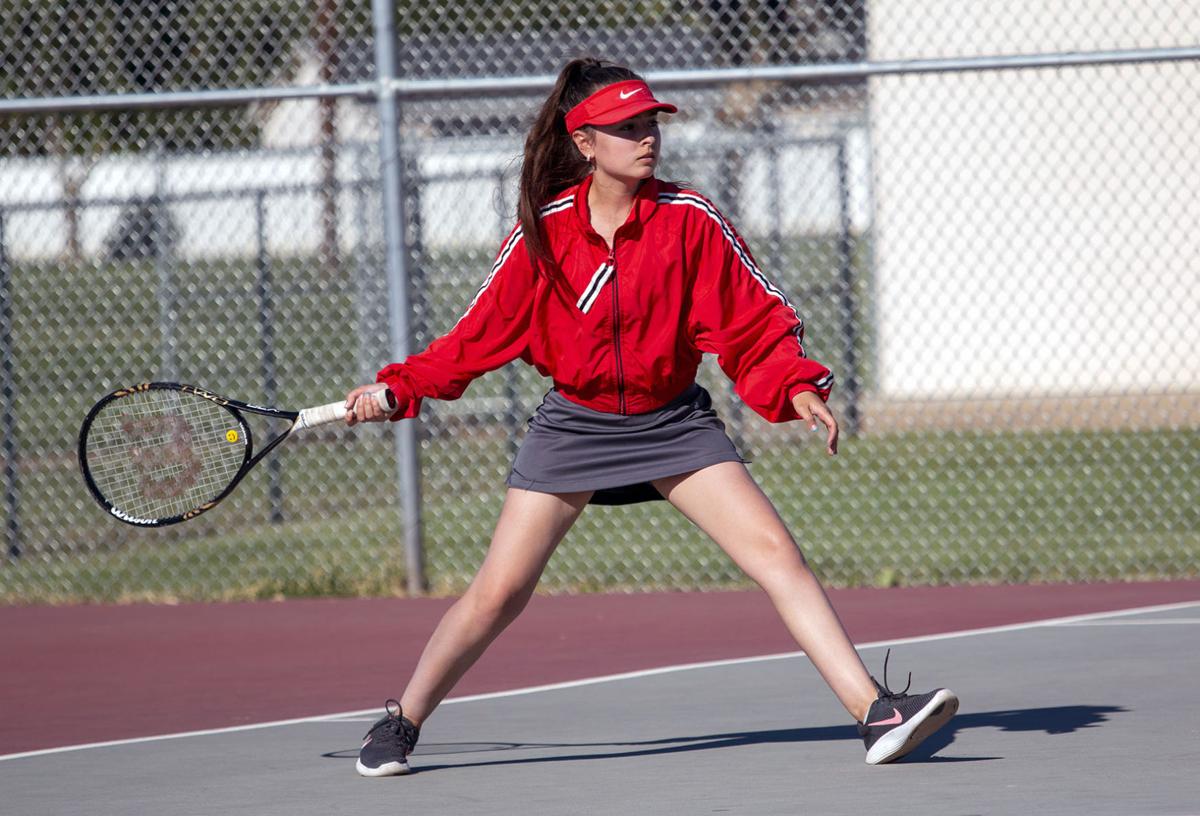 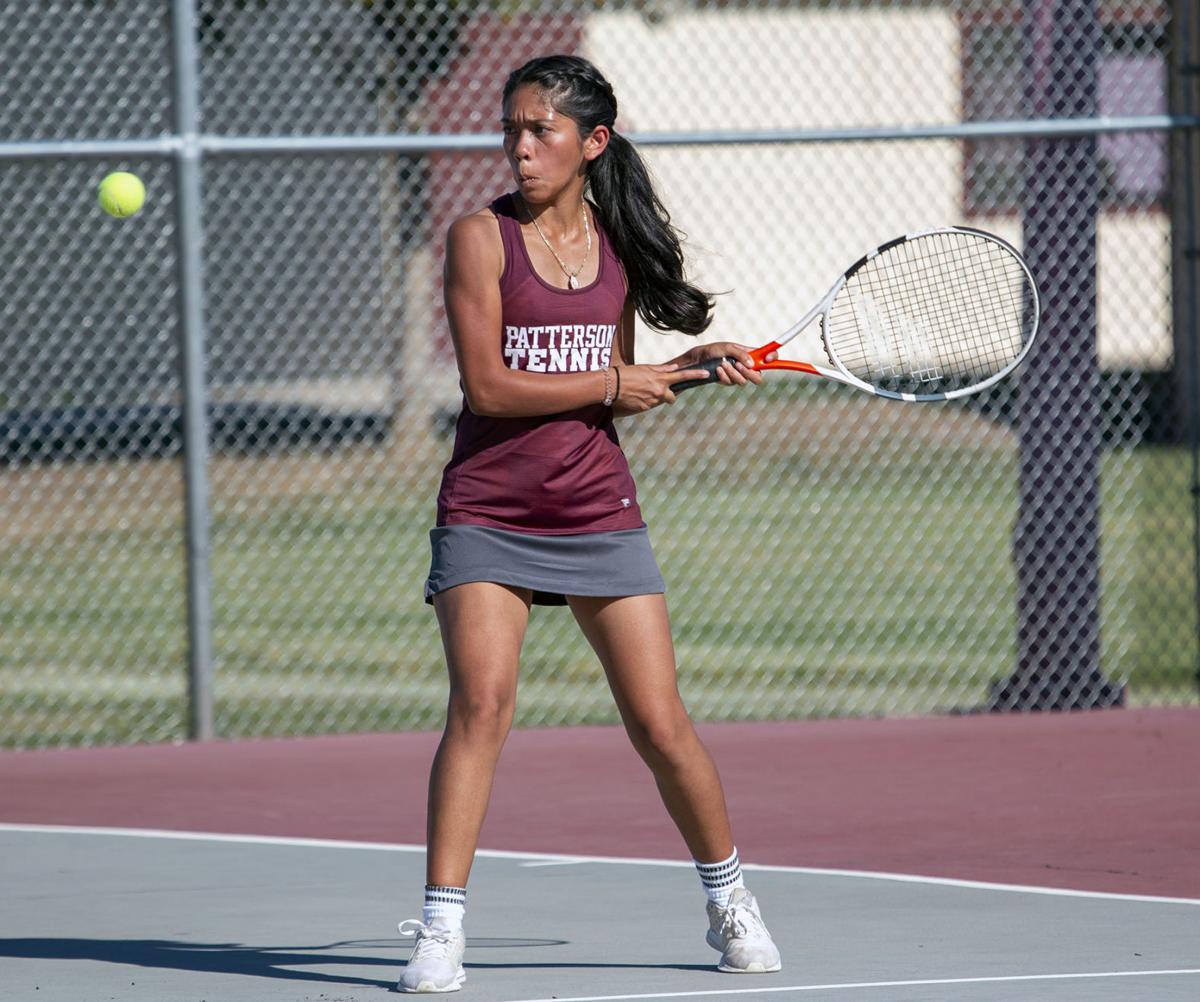 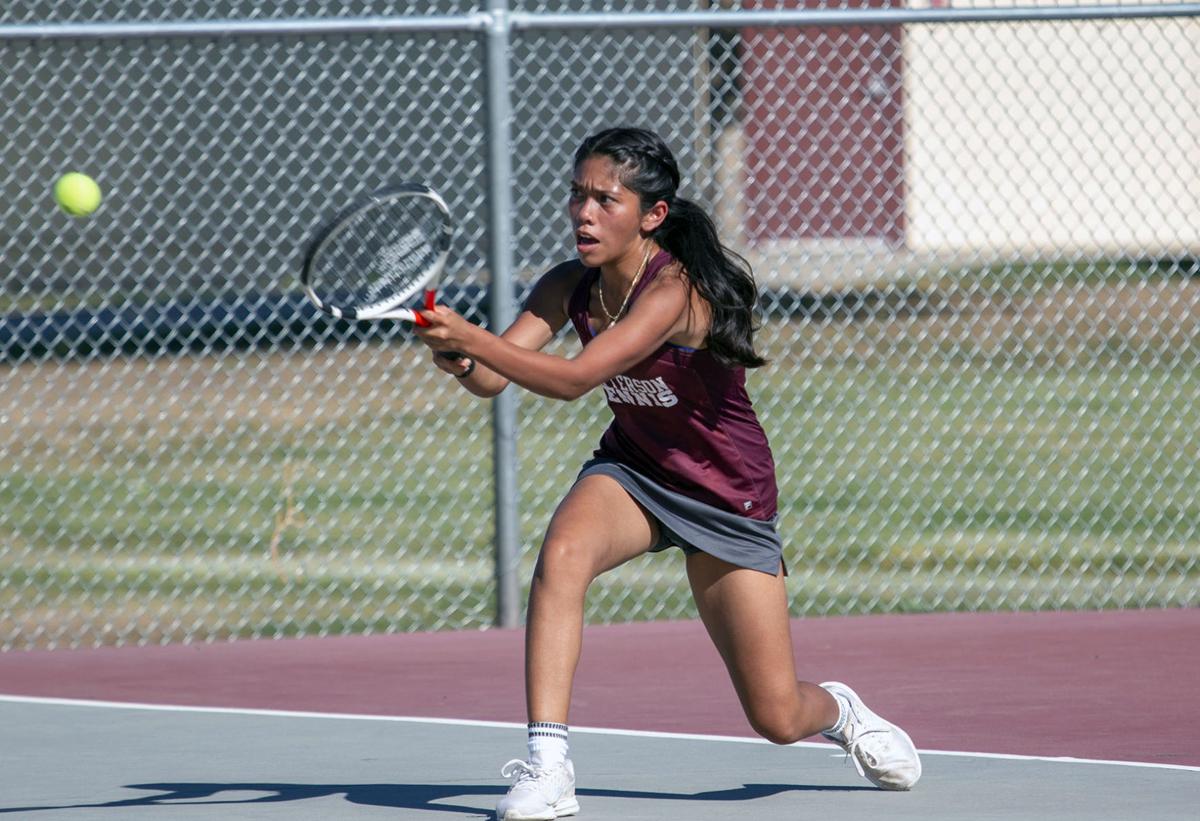 Taking four of the six singles matches was a great start for Golden Valley High and would help preserve their undefeated season, as they went on to win 6-3 over Patterson High on Tuesday, Sept. 24 at the Patterson High tennis courts.

Golden Valley improved to 8-0 in 2019. Patterson dropped to 5-3. The loss keeps Patterson in the hunt as they maneuver into the second half of their fall schedule.

The Tigers now trail Buhach Colony (6-2) by one game for second place. Merced (5-3) is now tied with Patterson with a win on Tuesday. With seven matches left, there is still ample opportunity for teams to make a move for the top spots in the CCC.Head coach Raustand Nzoule lamented the loss to Golden Valley. He characterized the loss as a “missed opportunity” and felt the momentum had swung against Patterson during the singles matches.

Two of Patterson’s three wins did come during the singles portion of the match, despite the struggles.

Junior Morgan Lopez kept up her solid season of play with a win over Golden Valley’s Madison Kroeke 6-0 in the first set, and 6-3 in the second set.

Senior Jovana Camberos avenged her only individual loss of the season against Golden Valley earlier this year with a 3-6, 6-1 and 7-5 win over Mary Faye.

Juniors Jasmine Nelson and Naudya Figueroa delivered Patterson’s only other win, despite a rough start for the duo. During their 6-3 loss in the first set to Camila Orozco and Melanie Rivera, Figueroa hurt her knee, but despite visibly playing through pain, Figueroa and her partner Nelson rallied back to win 6-4 in the second set and send the match into a tiebreaking set. Figueroa, despite her physical injury powered through, and the duo delivered a triumphant 11-9 win in a gutsy final set of the match.

Patterson took a contingency of 10 players to the junior varsity tournament.

Any player on the roster that has not played in an official varsity match was eligible to compete. The schools all played one another once in a setup of one single and two doubles matches. Each coach was given a choice as to what players they wanted to use before each match, meaning a coach could theoretically pick the same five players for each matchup should they choose.

Herrera played in five singles matches last Friday. The rest of the roster was used in a mixture of singles and doubles matchups.

Team totals were tallied based on the points scored during a match. This meant that it was not only important to win each set, but to win each set by as big a margin as possible in order to generate the most cumulative points throughout the matches. For example, if a Patterson singles player won a set 4-2, then the Tigers would receive four points towards their team score and their opponent would receive two.

Patterson tallied a total of 96 points for a first-place finish as a team. Livingston High registered 81 points and Atwater finished in third with 73 points. Merced (71), Central Valley (56), Buhach Colony (51), El Capitan (39) and Golden Valley (35) highlighted the other four teams in the CCC.