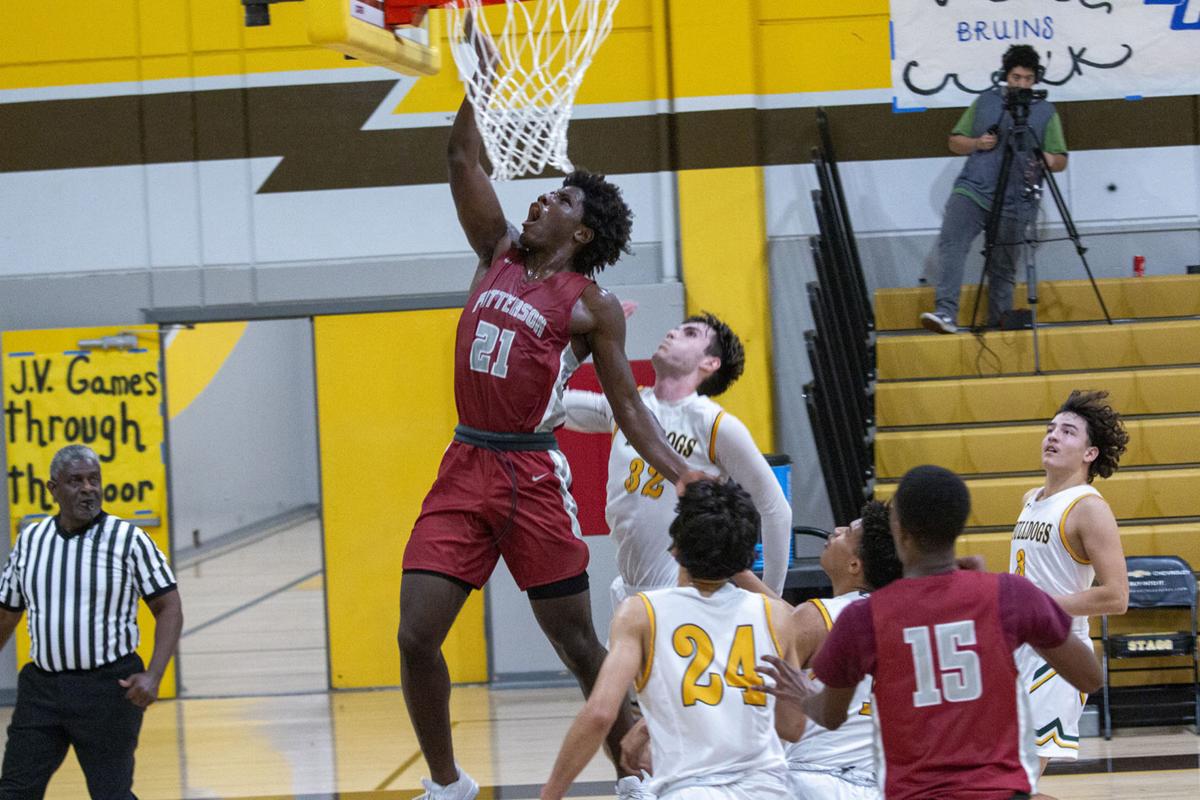 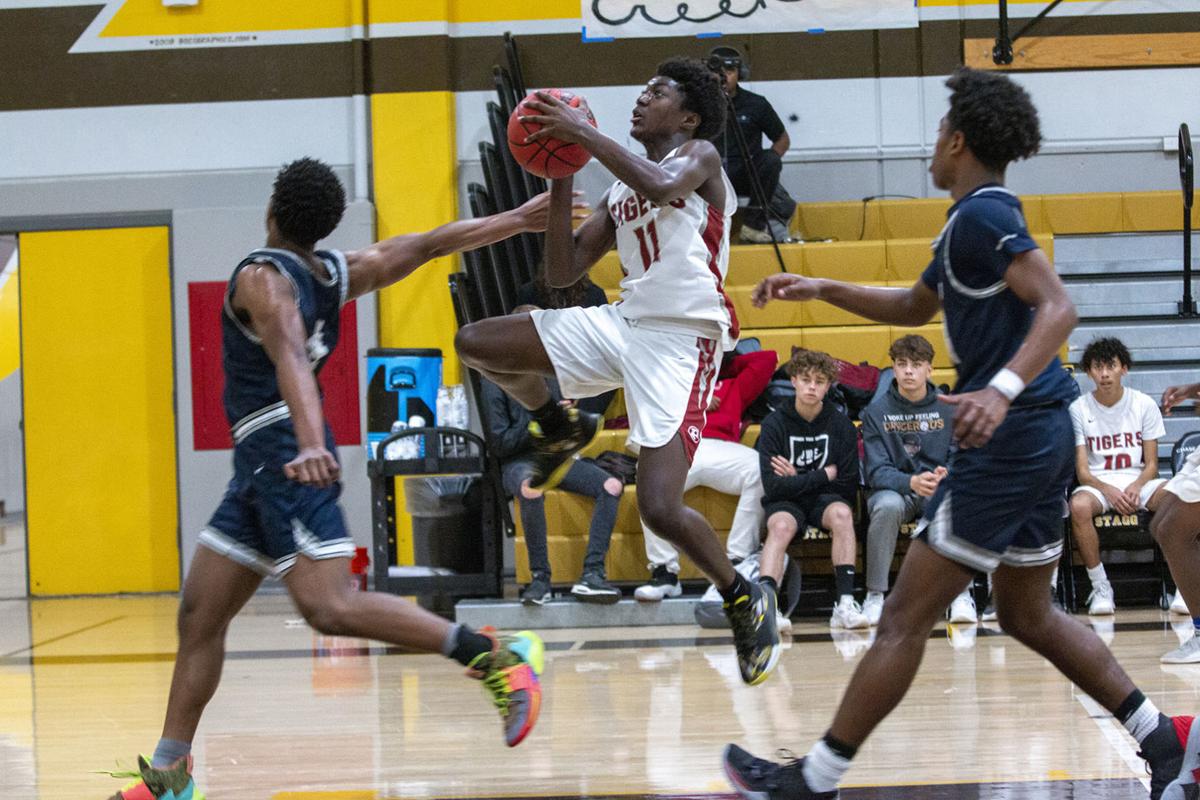 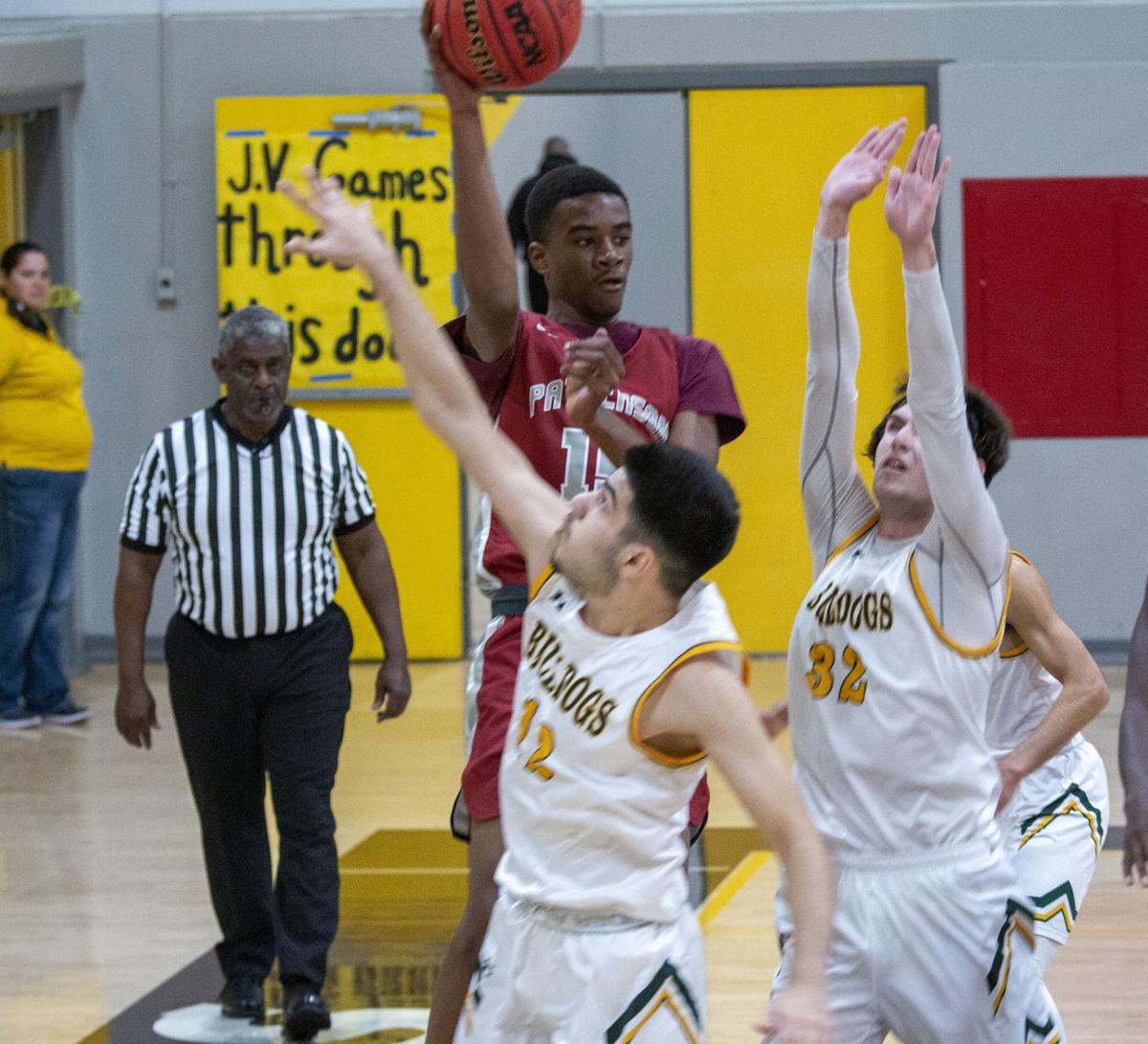 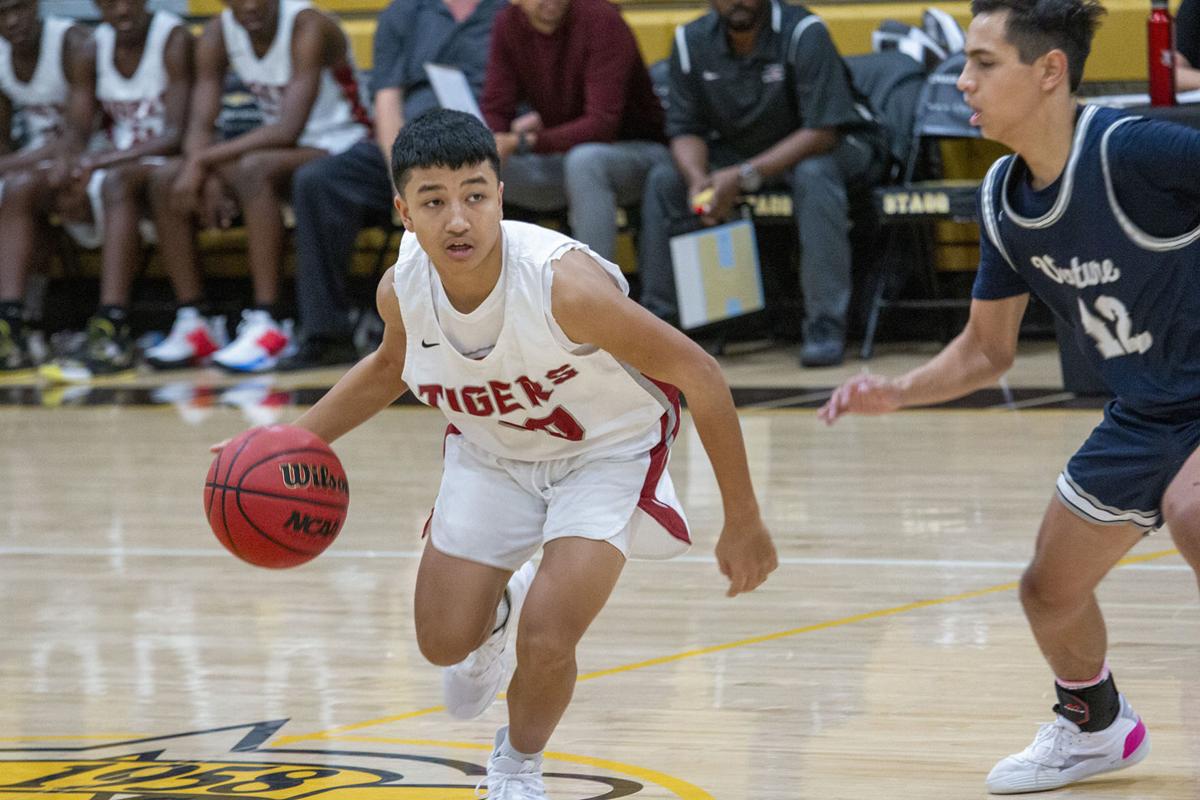 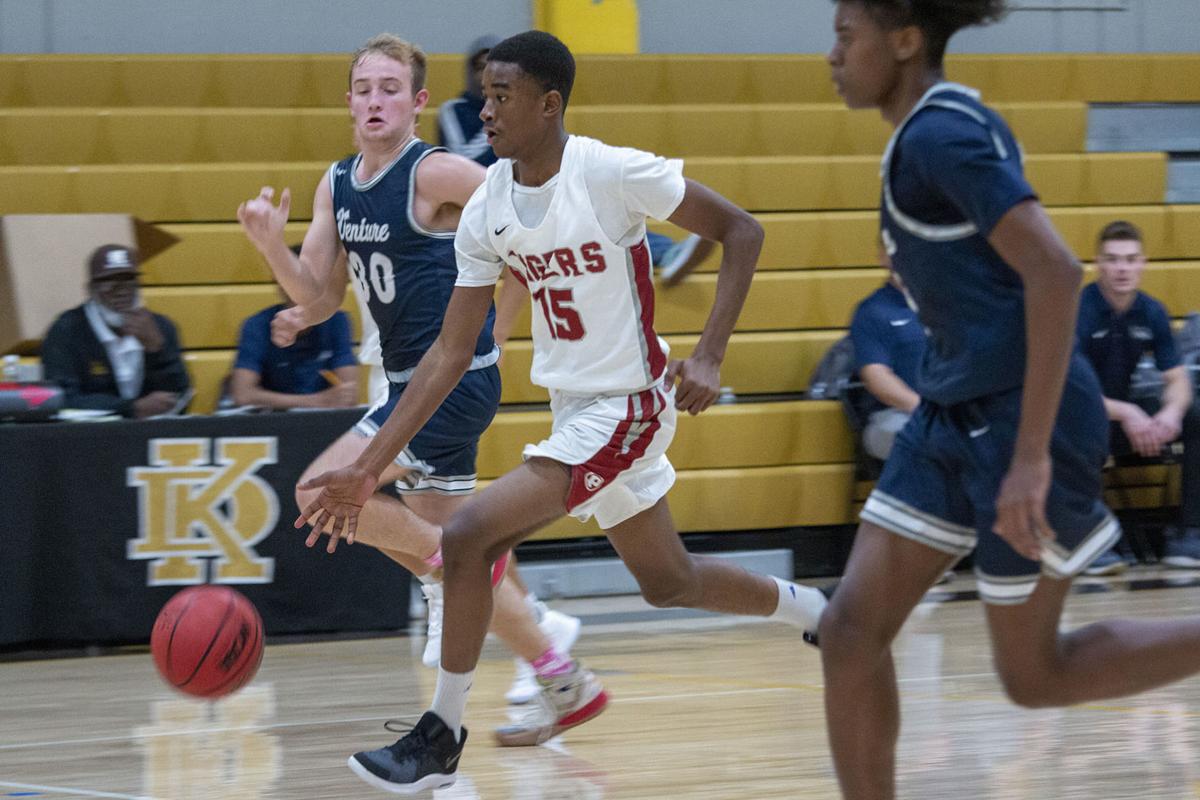 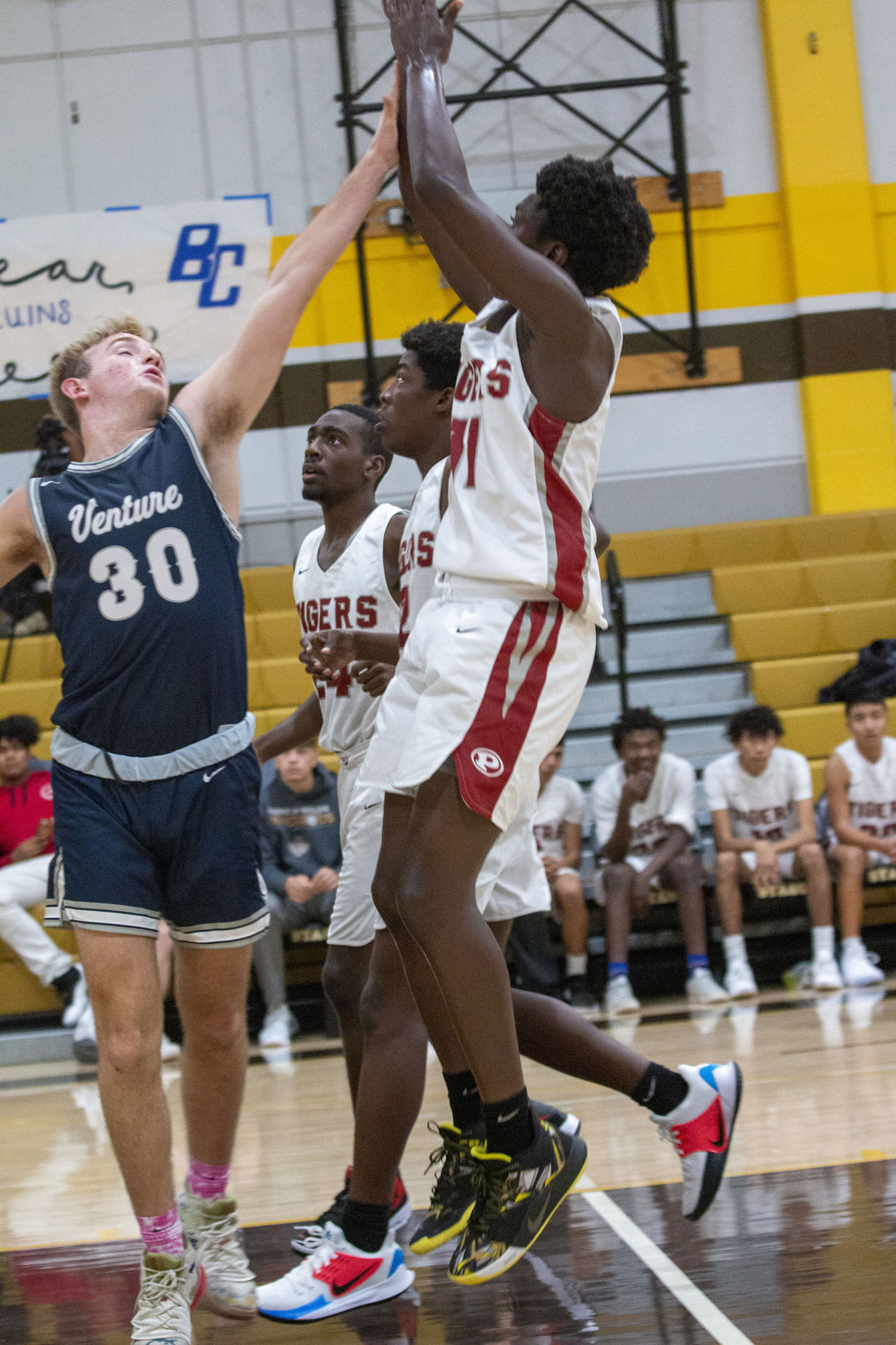 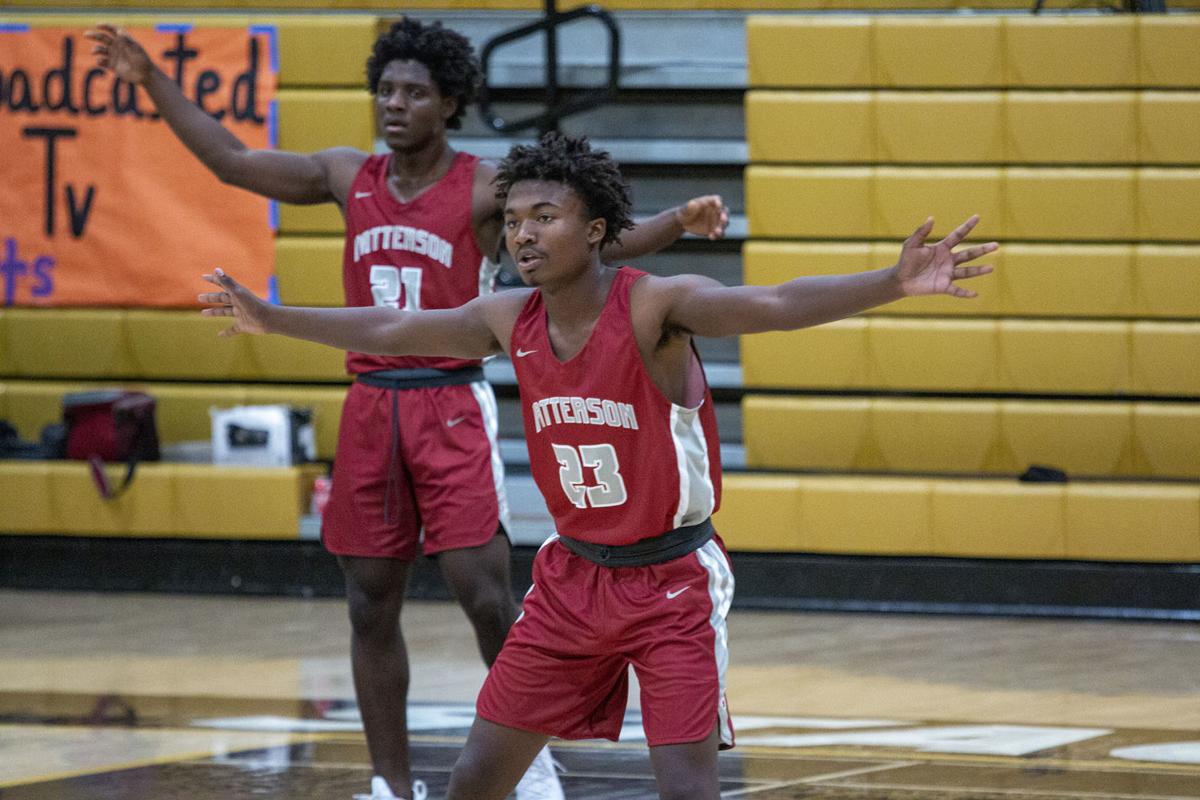 Sandwiched in between two tough losses to Tracy and Venture Academy on Thursday and Saturday was the Patterson High varsity boys basketball team’s first victory of the 2019-20 season against Ripon High on Friday night.

The victory over Ripon avenged a loss to the same team just three days before. Ripon got the best of the Tigers in their first meeting to the tune of 52-40, but when the two squads met again at the Joe Nava Delta King Classic, the Tigers returned the favor with a 60-48 win over the Indians.

“It gives our kids some confidence and shows that they are working hard and that their hard work pays off,” head coach Jason McCleery said after the tournament’s conclusion. “Even though we didn’t get wins versus Tracy and Venture Academy, I think we learned a lot.”

Patterson held a slim 26-24 lead at halftime over Ripon, and went on to outscore Ripon 34-24 in the second half. McCleery shared that he felt the team was more assertive in the second half against Ripon. Their assertiveness resulted in better rebounding and aggressiveness on the court.

“We’ve already seen growth in the last two weeks. We didn’t close out against Turlock when we had a big lead, but last night we closed out against Ripon,” McCleery said. “It’s a difference of feeling like we belonged out there.”

The victory over Ripon granted Patterson a third game against Venture Academy in a consolation game. The Mustangs began their tournament suffering their first loss of the season against Bear Creek 57-53, but defeated Buhach Colony 75-47 in the second game on Friday to advance to a consolation game.

Venture Academy hopped out to a 17-0 lead in the first quarter, and Patterson was unable to recover. The Mustangs would go on to stretch the lead to 38-11 at halftime before defeating the Tigers 63-27.

Next up for Patterson is attending the Mark Gallo Invitational from Dec. 10-14.