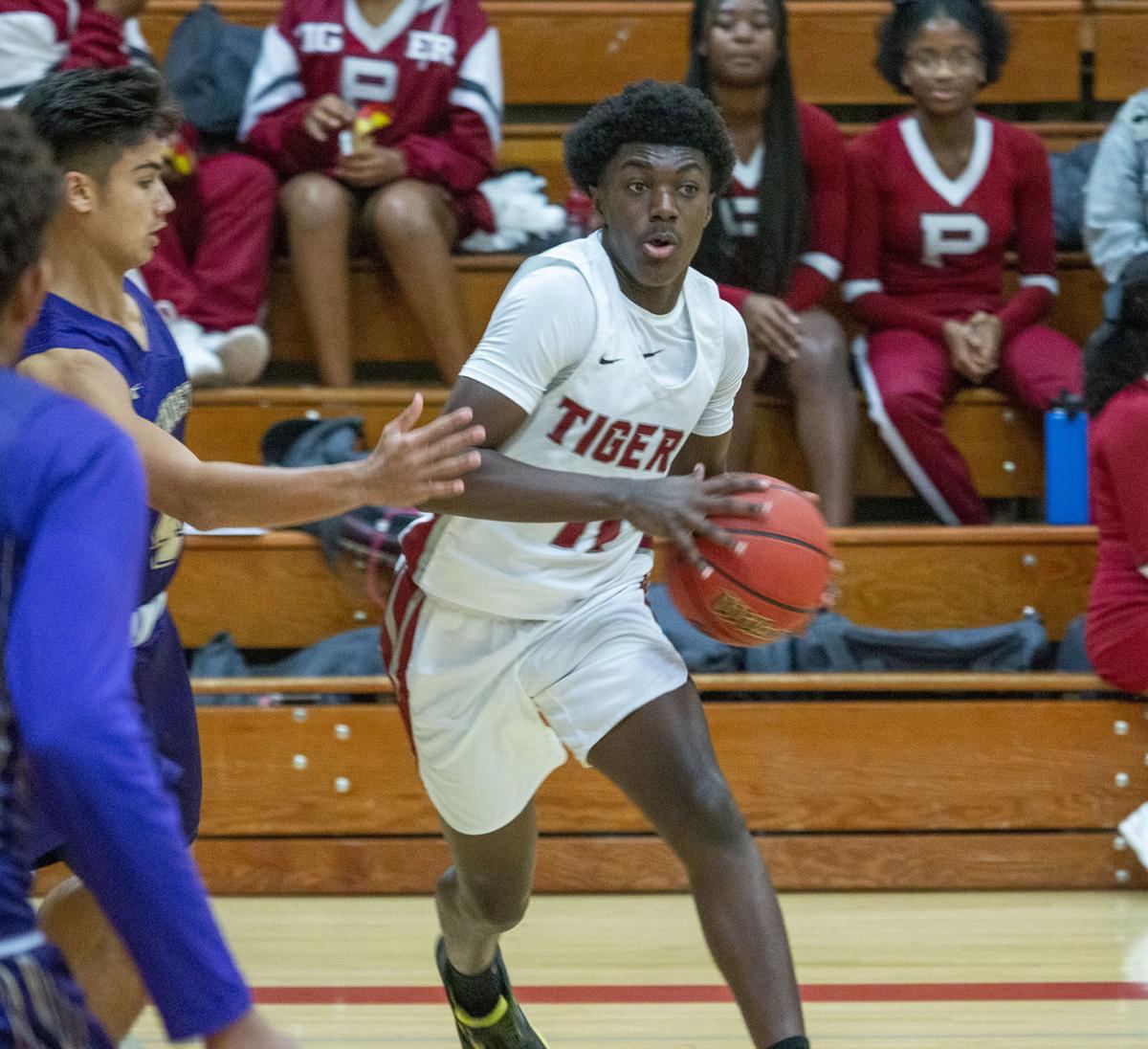 Sophomore Kwame Appiah drives into the paint on Dec. 20 versus Livingston. 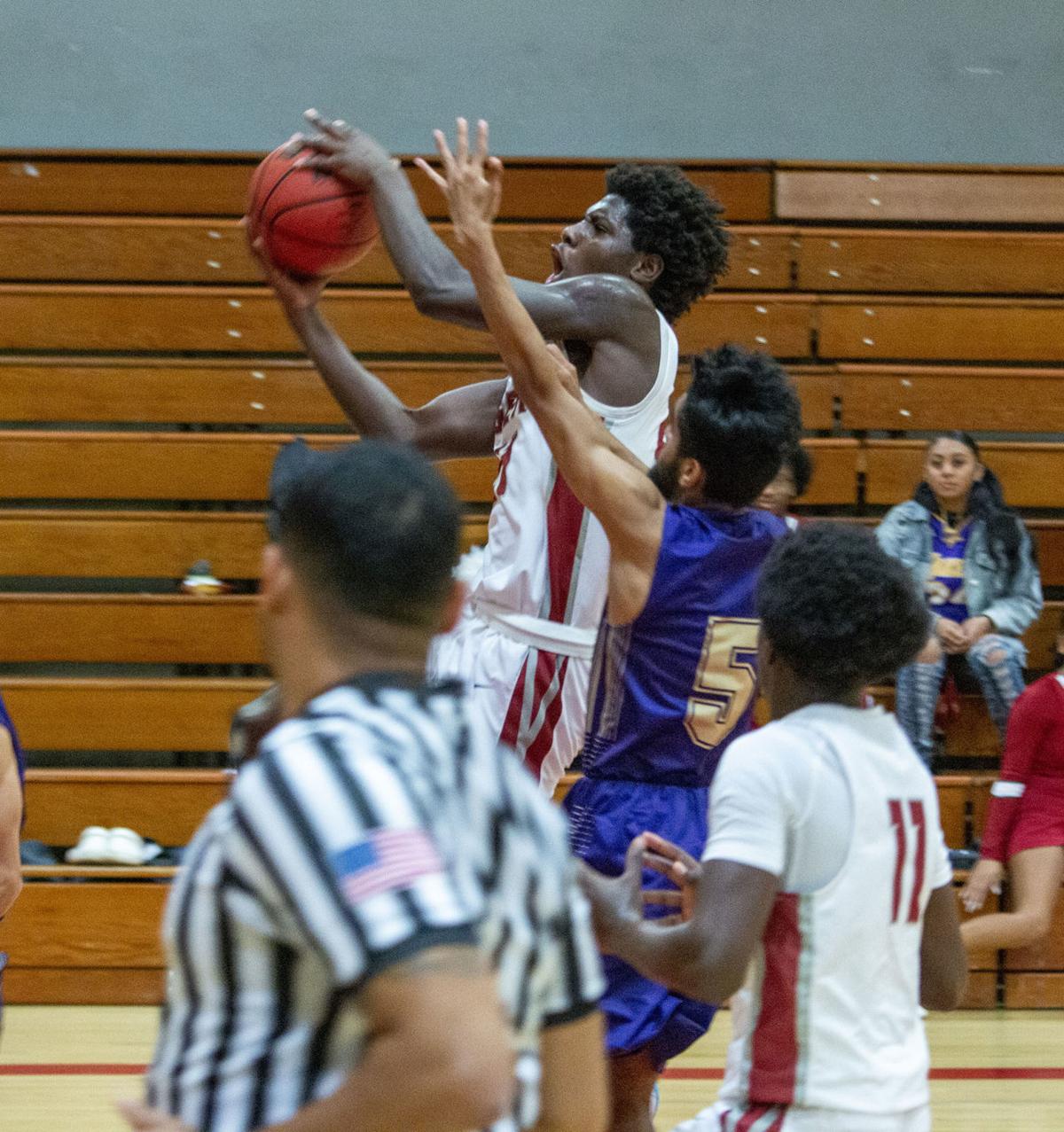 Sophomore Precious Nnaji rises up for a layup on Dec. 20 versus Livingston. 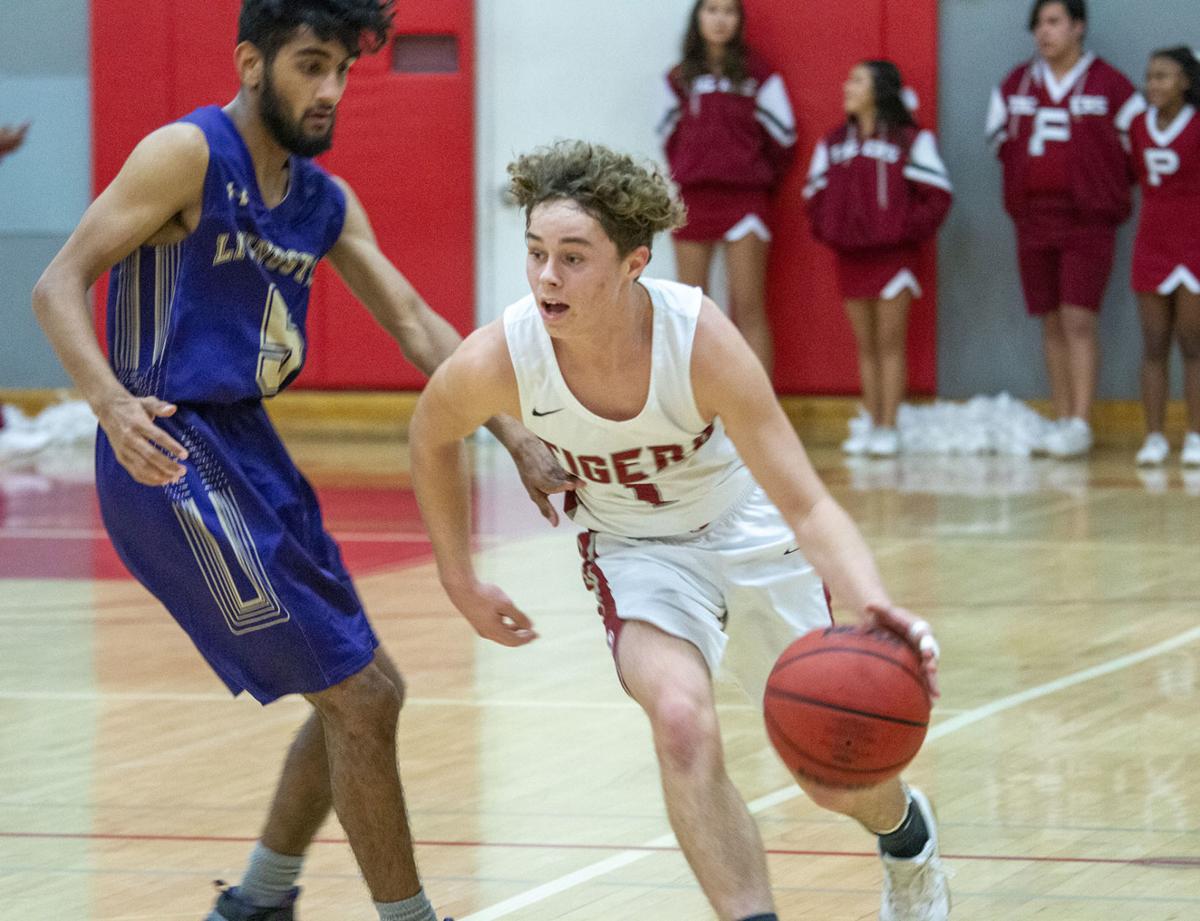 Junior JT Kuderca drives down the sideline on Dec. 20 versus Livingston.

Sophomore Kwame Appiah drives into the paint on Dec. 20 versus Livingston.

Sophomore Precious Nnaji rises up for a layup on Dec. 20 versus Livingston.

Junior JT Kuderca drives down the sideline on Dec. 20 versus Livingston.

Playing a set of three games, the Patterson High boys varsity squad played host to the 2019 Tigers Hoop Classic at Dave Klein Gymnasium from Dec. 19-21. The showcase featured four teams: Patterson, Delta Charter, Livingston and Livermore. Each team was scheduled to play one another once each.

The season has been turbulent for the Tigers so far this winter with only one win to show for their effort heading into the Tigers Hoop Classic, but Patterson broke the six game losing streak by going undefeated.

The trio of wins began with a 69-45 triumph over Delta Charter. Patterson had a great opening quarter ambushing the Dragons 24-11 in the first frame. Although Delta Charter kept it much close in the second quarter losing the frame 15-13, the damage had been done early. Patterson held a commanding 39-24 lead at halftime. The third quarter was separated by only one point, but Patterson finished off the game with a dominant 17-9 fourth quarter.

Patterson’s game against Livingston was a much closer affair.

The Wolves owned a healthy 24-14 lead at halftime, but the Tigers gained ground in the third quarter making up eight of those points to trail by a slim 36-34 heading into the fourth quarter.

Patterson eventually tied the game up at 38-38 with 5:52 left in the fourth quarter. The Tigers aggression led to Livingston committing several fouls early in the final frame putting Patterson in the bonus the rest of the way. Patterson overtook Livingston winning 40-38 with 5:02 remaining, and never let go of the lead.

The score stayed close, but the Tigers stayed poised and visited the free throw line frequently to stave off a Livingston resurgence and win 50-44.

Junior JT Kuderca led Patterson with 11 points. Kuderca had just made his return the day before against Delta Charter after recovering from an injury that sidelined him to open the season.

The final game against Livermore High was neck and neck all the way through. Patterson hopped out to a 10-6 lead after one quarter of play, but a strong 17-14 second quarter from the Cowboys resulted in a slim 24-23 lead for the Tigers at the half.

The third quarter was just as tight. Patterson battled their way to a 16-14 win in the third frame to take a three-point lead (40-37) into the final quarter.

The Tigers outpaced the Cowboys 12-8 in the final frame to hold on to their lead and win 52-45 last Saturday.

Sophomore Kwame Appiah led the Tigers with 13 points, while Logan McCleery pitched in with 10 points.

The win over Livermore meant a three-game win streak for Patterson. This is their first win streak of the winter and improved their overall record to 4-8.

Patterson will take a couple days off for the Christmas holiday, but will return to action promptly on Dec. 26 against Enochs High when they attend the Cowboy Holiday Tournament hosted at Livermore High. The tournament is slated to take place from Dec. 26-28. Patterson’s games on Dec. 27-28 are to be determined.

The Tigers will begin their lead schedule in the new year on Jan. 3 at Buhach Colony. They will return home on Jan. 8 to host Golden Valley for their second game in the Central California Conference.