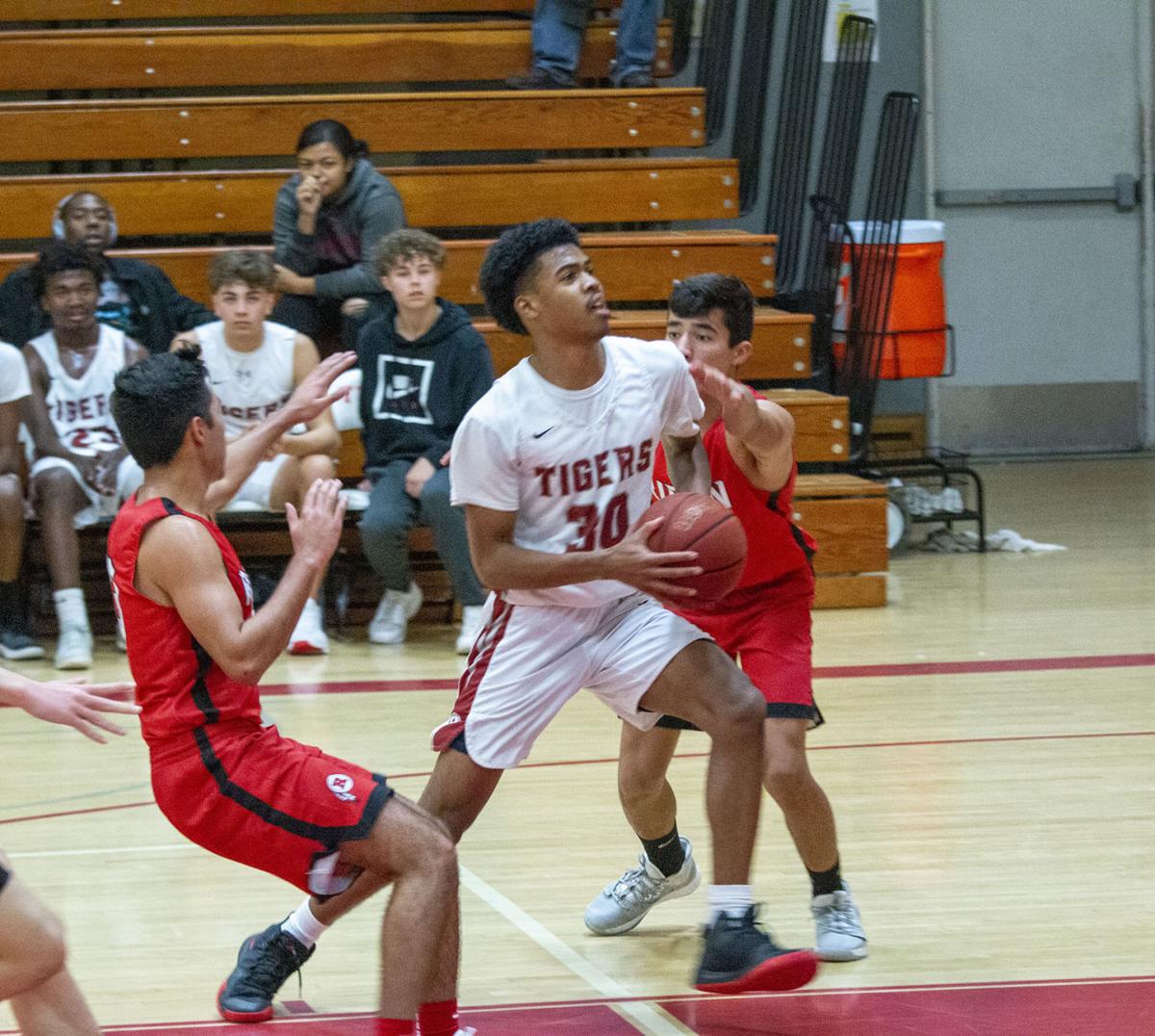 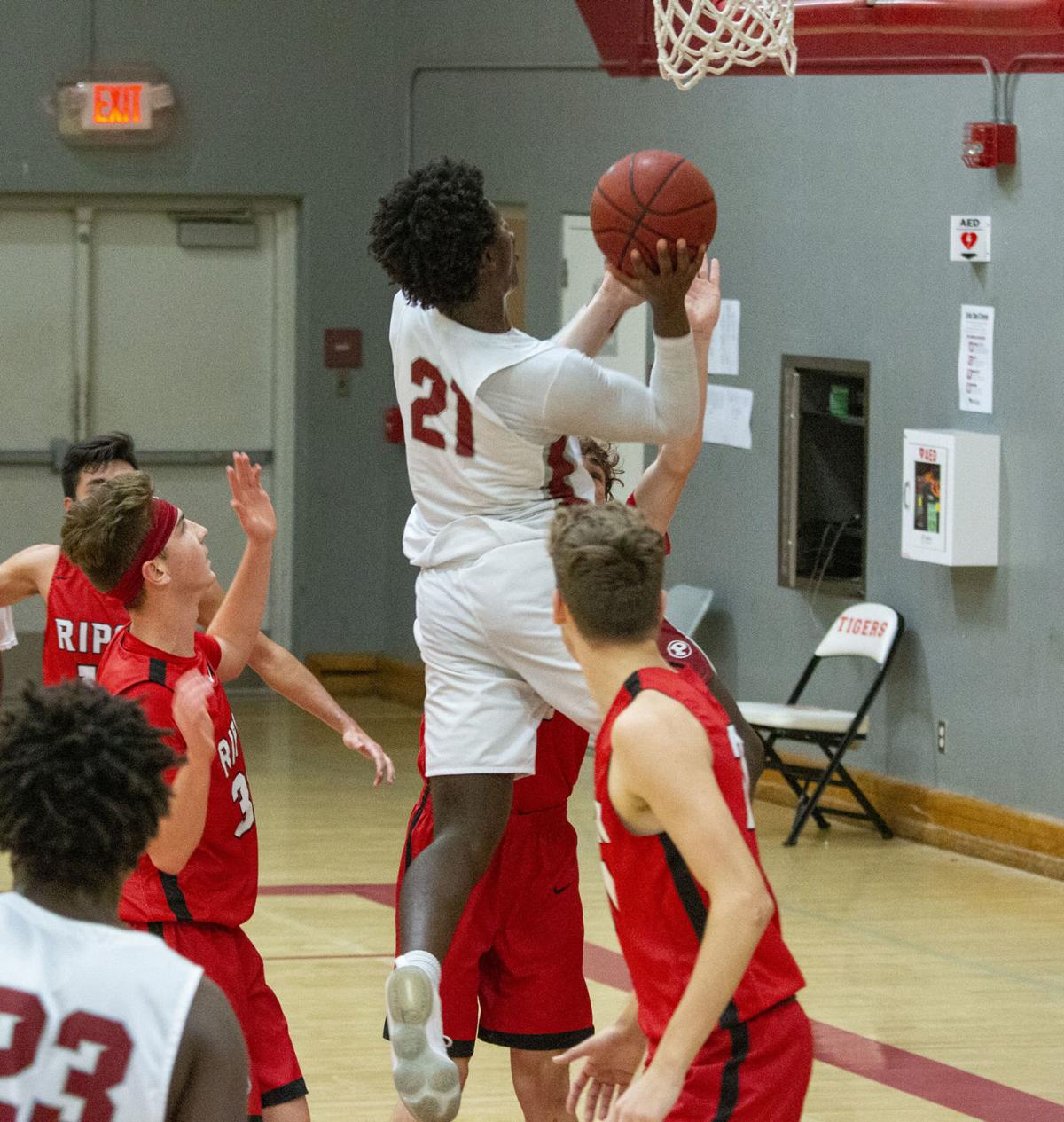 Sophomore Precious Nnaji goes up for a layup on Dec. 3 at Dave Klein Gymnasium. 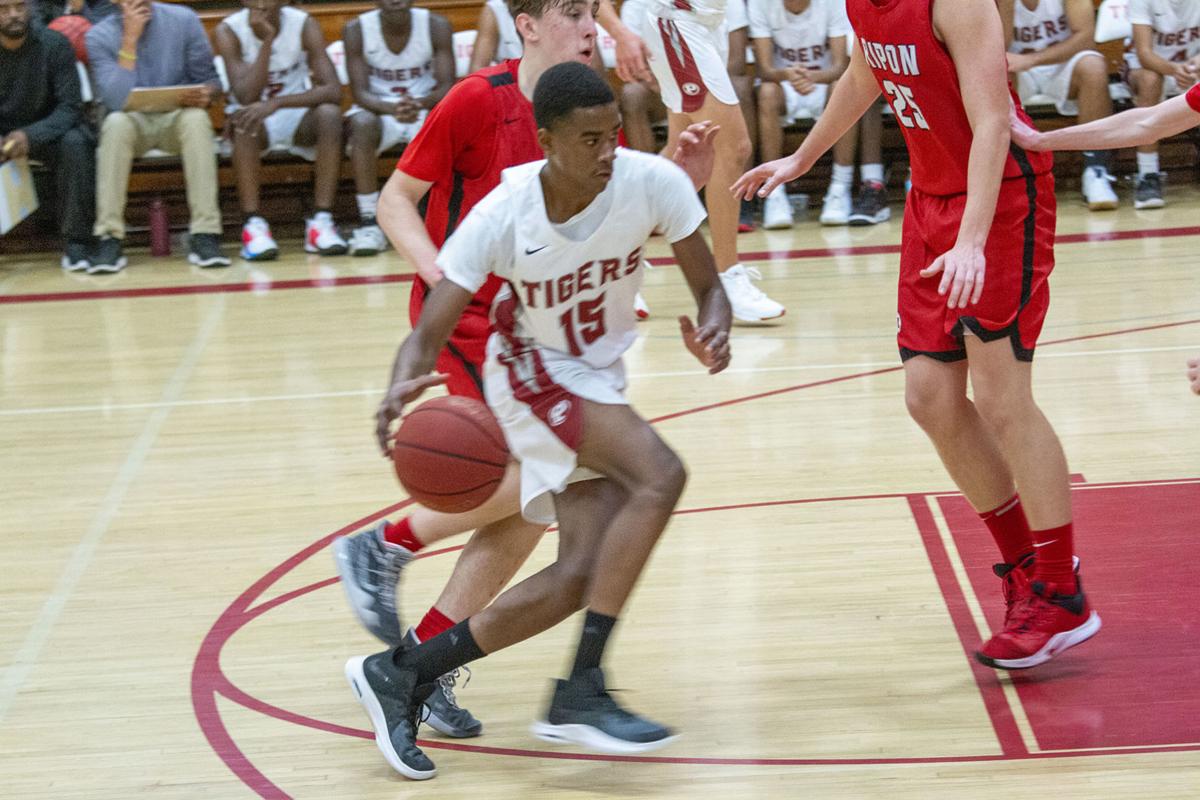 Junior Yannick Andzuouana drives near the top of the key on Dec. 3 at Dave Klein Gymnasium.

Sophomore Precious Nnaji goes up for a layup on Dec. 3 at Dave Klein Gymnasium.

Junior Yannick Andzuouana drives near the top of the key on Dec. 3 at Dave Klein Gymnasium.

The first two games of the season have been learning experiences for the young Patterson High varsity boys basketball team.

The Tigers had only three returning players from last year’s varsity squad heading into this season, and to complicate matters even more, one of those returners (JT Kuderca), has been out of commission with an injury that threw a monkey wrench into Patterson’s plans to start the campaign.

The injury has forced head coach Jason McCleery and his staff to tweak their rotations, and players are being asked to fill roles they normally would not.

Despite the less-than-ideal circumstances heading into the season, the Tigers gave a spirited effort against Turlock High on Nov. 26 losing in double overtime 64-60.

Patterson held as much as a 16-point lead over Turlock High, but after the Bulldogs erased the deficit, were forced to bounce back and tie the game late to force overtime, and subsequently a double overtime.

In their game against Ripon High on Dec. 3 at Dave Klein Gymnasium, Patterson trailed the visitors by a score of 25-18 at half time.

Ripon bloated the lead to 39-25 at the end of the third quarter, before holding off Patterson in the fourth quarter to win 52-40.

“I felt like we were playing as good as or better than them, but every time I looked up they were making a big three,” head coach Jason McCleery said following the loss to Ripon.

Patterson sophomore Precious Nnaji led all scorers, with 15 points in the loss. Sophomore Jeremiah Turner put together a nine-point effort on Tuesday.

Although their rotation may be in flux, the Tigers have little time to sulk, as their schedule over the next few weeks will keep them very busy.

The championship game is slated to be held on Saturday at 6:30 p.m.

Following their annual attendance at the Joe Nava Delta King Classic, Patterson will travel to Central Catholic High for the Mark Gallo Invitational. They begin their run with a match versus Central Catholic on Dec. 10 at 6:30 p.m. They will face the winner/loser of Vanden versus Christian Brothers, depending on the result on Dec. 12 at 5 p.m. The championship game is scheduled for Dec. 14 at 8 p.m.

Patterson will finish off their tournament schedule by traveling to the Cowboy Holiday Tournament held at Livermore High from Dec. 26-29, beginning with Enochs High on Dec. 26 at 3:30 p.m.