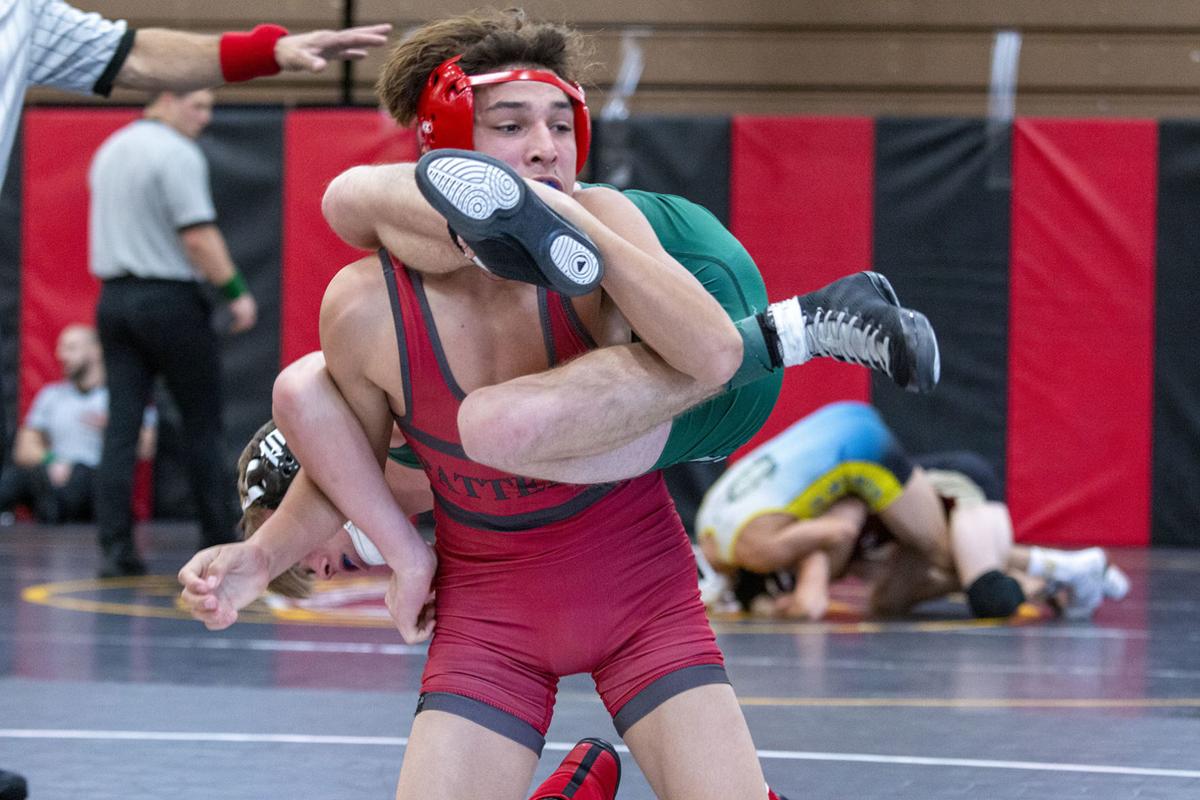 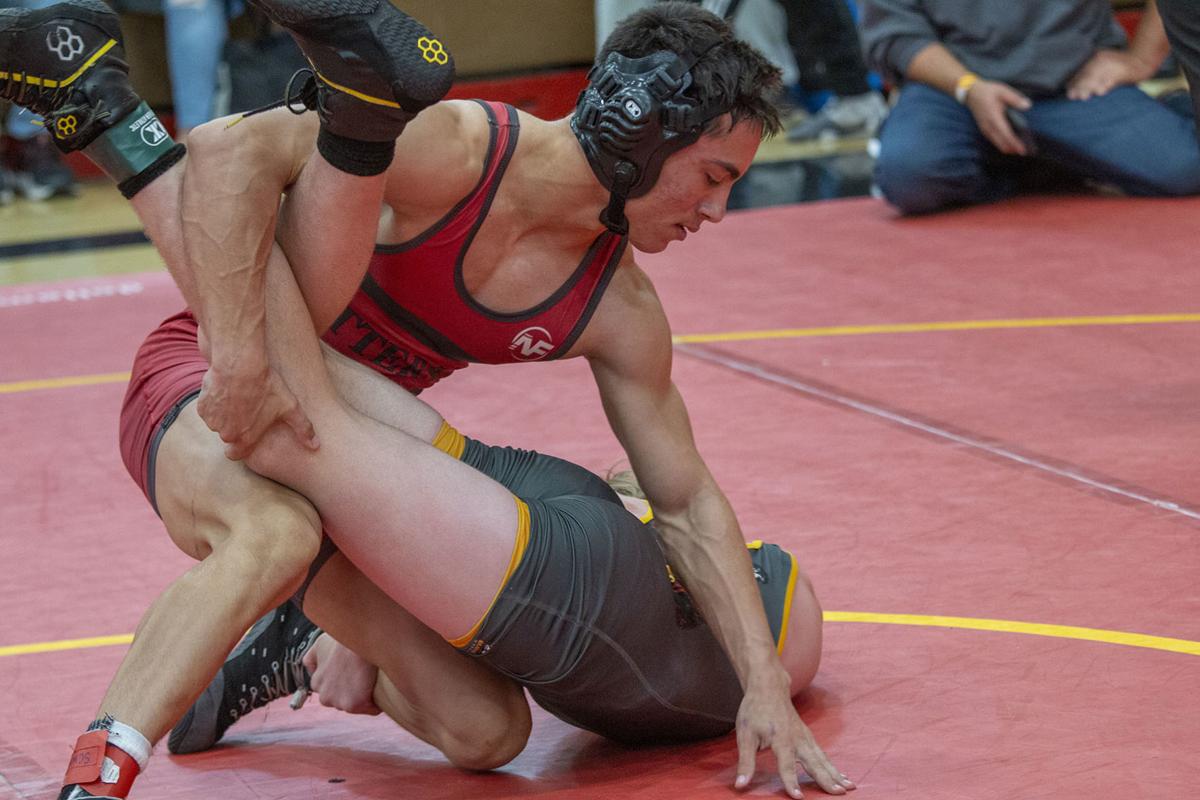 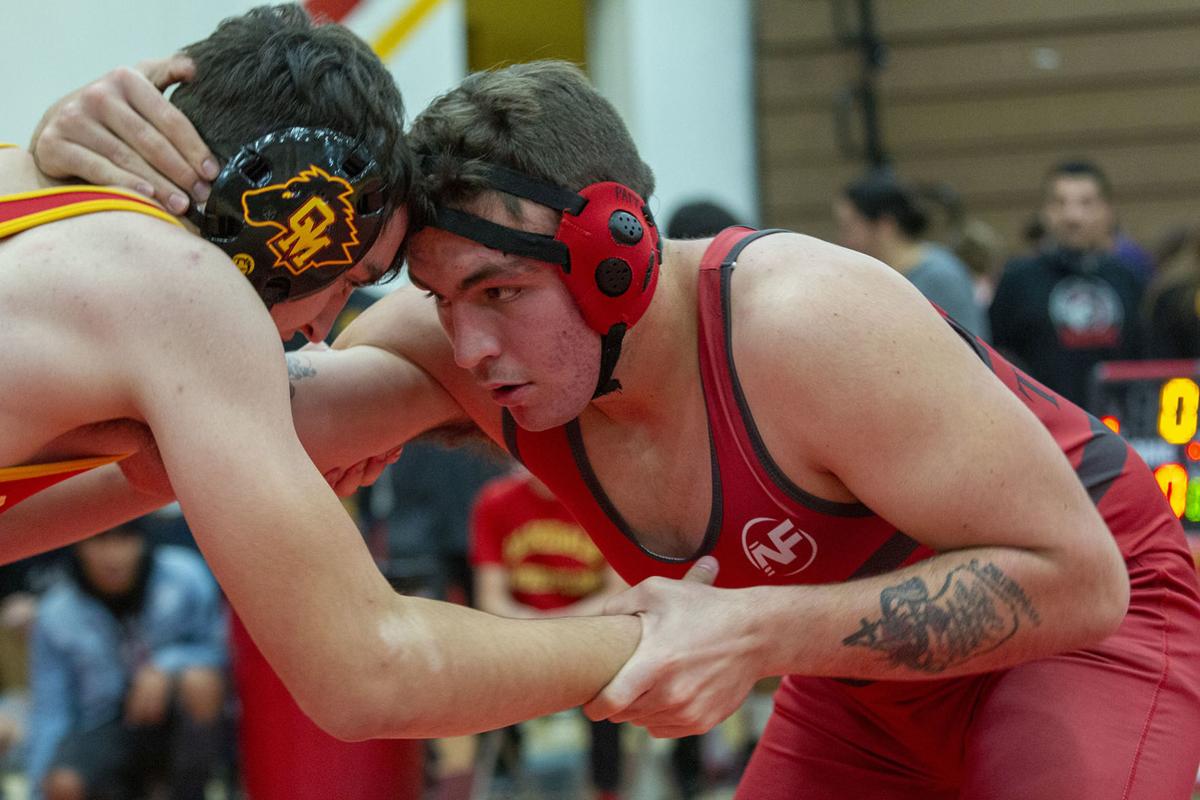 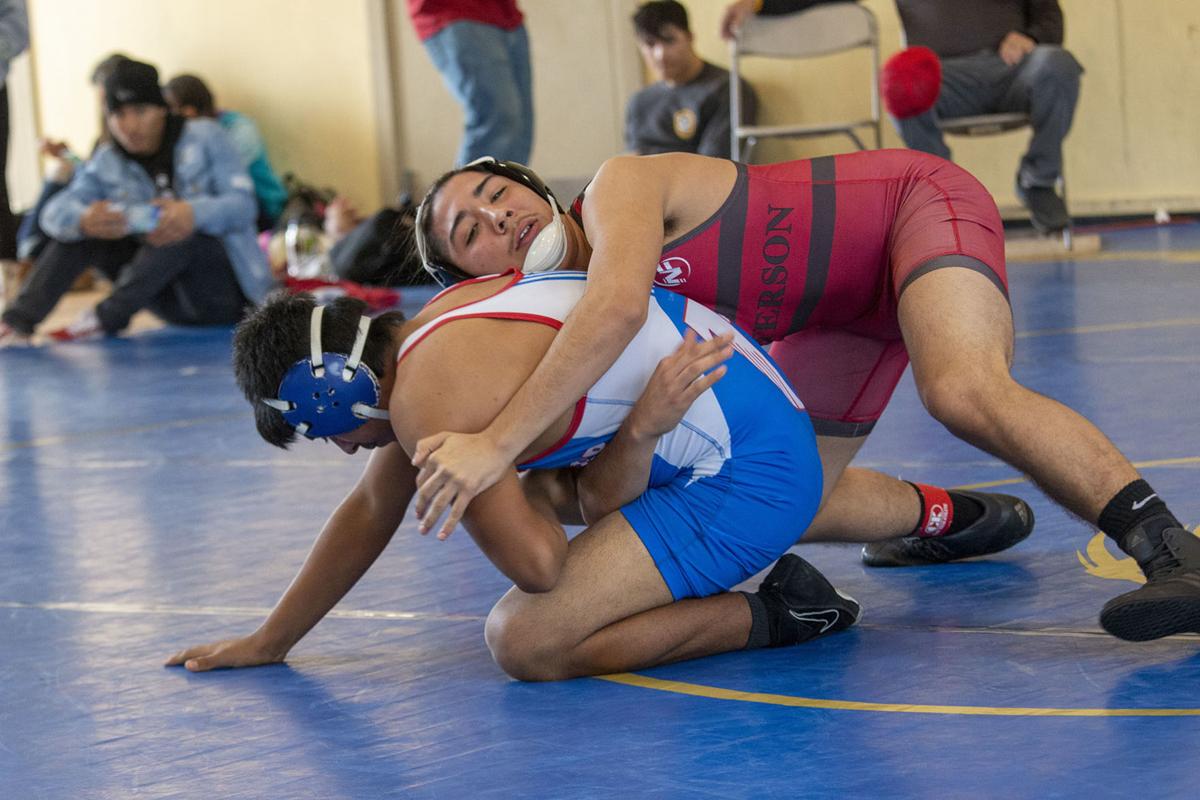 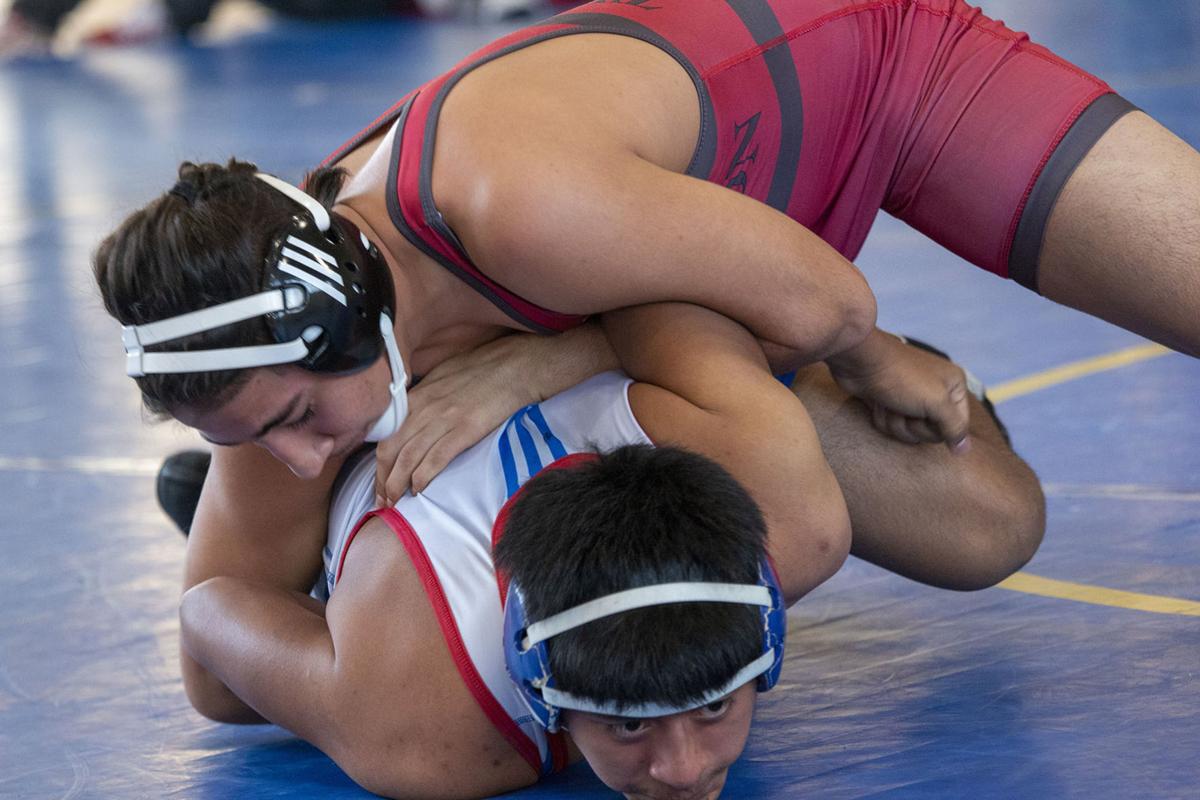 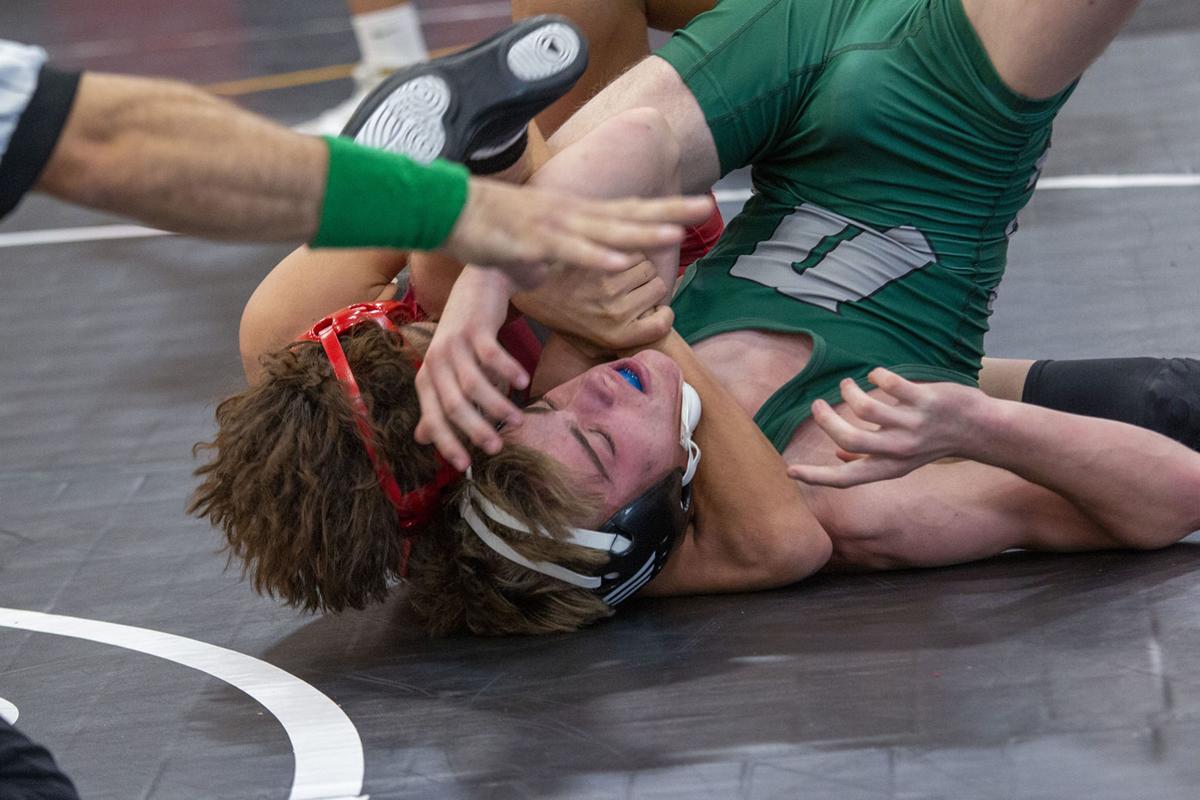 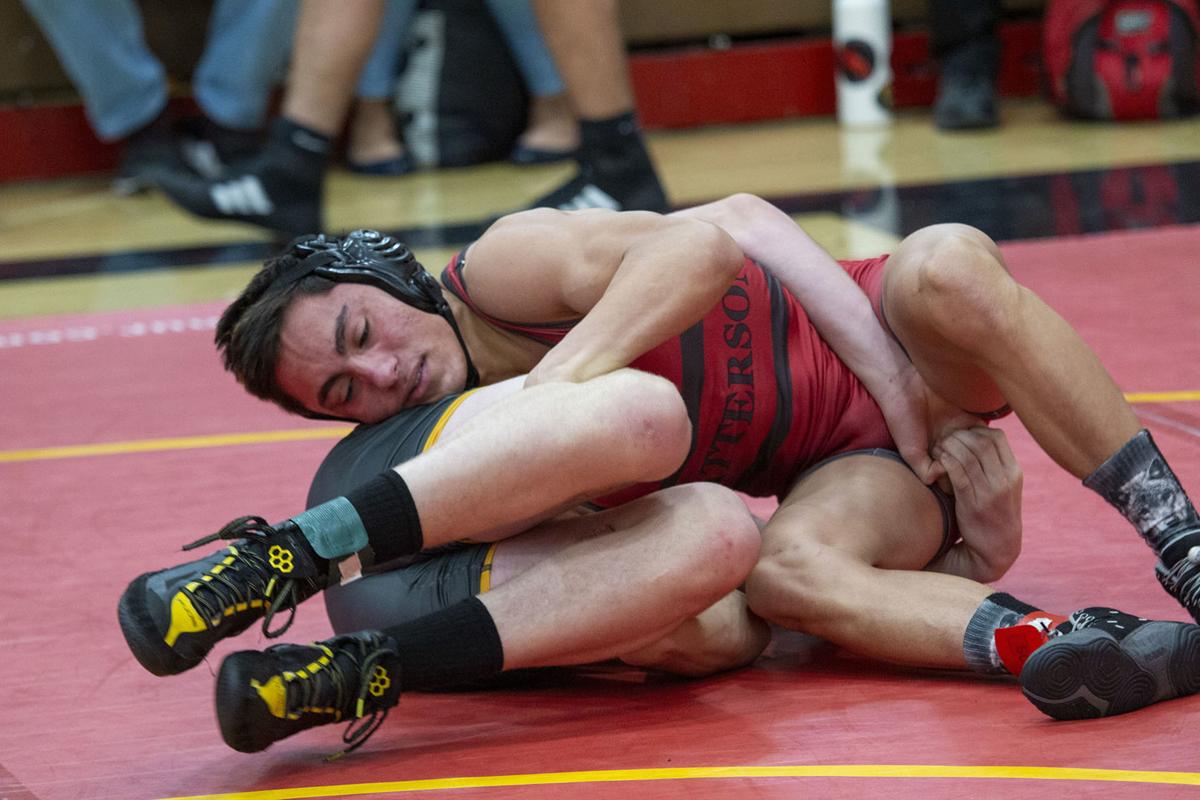 A tad over 50 teams were present for the annual James Riddle Memorial wrestling tournament held at Oakdale High School on Dec. 14.

Patterson had planned to take more, but in the end shuttled four wrestlers over to Oakdale to compete at this year’s tournament.

Junior Chase Mirelez put together a second-place finish in the 138-pound bracket.

He began his run with a bye in the first round, before defeating Coner Sweeney of De La Salle by technical fall in the next round.

Mirelez won via majority decision over Alex Andrade of Palma High in the quarterfinals and went on to win a decision victory over Jackson Morgan of Granados in overtime in the semifinals, to advance to the championship bout.

Awaiting Mirelez was Gavin Fernandez of De La Salle, who racked up wins over Michael Carmen of Waterford, Stephen Lundquist of Oakmont and Adrian Heras of Turlock to make his way to the 138-pound championship.

Mirelez held a 4-2 lead after the first round, and continued to hold onto that lead when he went into the third and final round up 6-2 over Fernandez. Fernandez rallied late however, with four points in the final minute of the match, to tie the contest at 6-6 to force an overtime.

Fernandez secured a takedown in overtime to hand Mirelez his first and only loss at Oakdale over the weekend.

Teammate Aaron Botkin had a solid showing with a sixth-place result in the 220-pound division. Botkin received a first-round bye, before dropping his first match against future champion Jacon Christensen of Durham High.

Relegated to the consolation bracket, Botkin rebounded with a pinfall victory over Geno Sarale of Oakmont. The senior continued that momentum with a decision win over Henry Seymour of Ponderosa, to qualify for a fifth-place matchup against Natanael Lezama of Central Valley.

Lezama got the best of the matchup this time with a pinfall victory over Botkin, resulting in a sixth-place finish for the senior.

Sophomore Jesse Cota worked plenty hard at James Riddle on Saturday. Cota began his campaign at 120-pounds by pinning Ezra Duenas of Hilmar, but lost his second match of the day against Zak Thompson of Palma by majority decision.

Cota would not lose a match the rest of the way, but would eventually have to forfeit through no fault of his own.

Cota defeated Brady Freeman of Oakmont in his first match back after the loss by decision, then pinned Mauricio Curiel of Rodriguez High before earning a decision victory over Jerin Walker of Ponderosa.

These three wins should have put Cota into contention for an opportunity to wrestle for a fifth-place match, but since he had already wrestled the five-match daily limit, he was no longer permitted to continue wrestling and had to forfeit, defaulting Cota to a seventh-place finish of sorts.

Patterson sophomore Anthony Barrera received a bye in the first round of the 170-pound bracket before dropping his first match to Logan Kuehi of Rodriguez High.

Barrera would make quick work of Horeb Francisco of Atwater with a pinfall victory before enduring a loss to Jake Griffiths of Ponderosa, to drop out of contention.

While the varsity contingency represented Patterson at Oakdale, the Tigers also sent 13 wrestlers to compete at Livingston High for a junior varsity and girls wrestling tournament on Dec. 14.

The Tigers excelled at Livingston, with 11 medalists.

“It was a good tournament. All the kids wrestled tough. It really showed all the hard work they were putting in, in the room,” head coach Artie Rivera said. “We were very excited with the outcome.