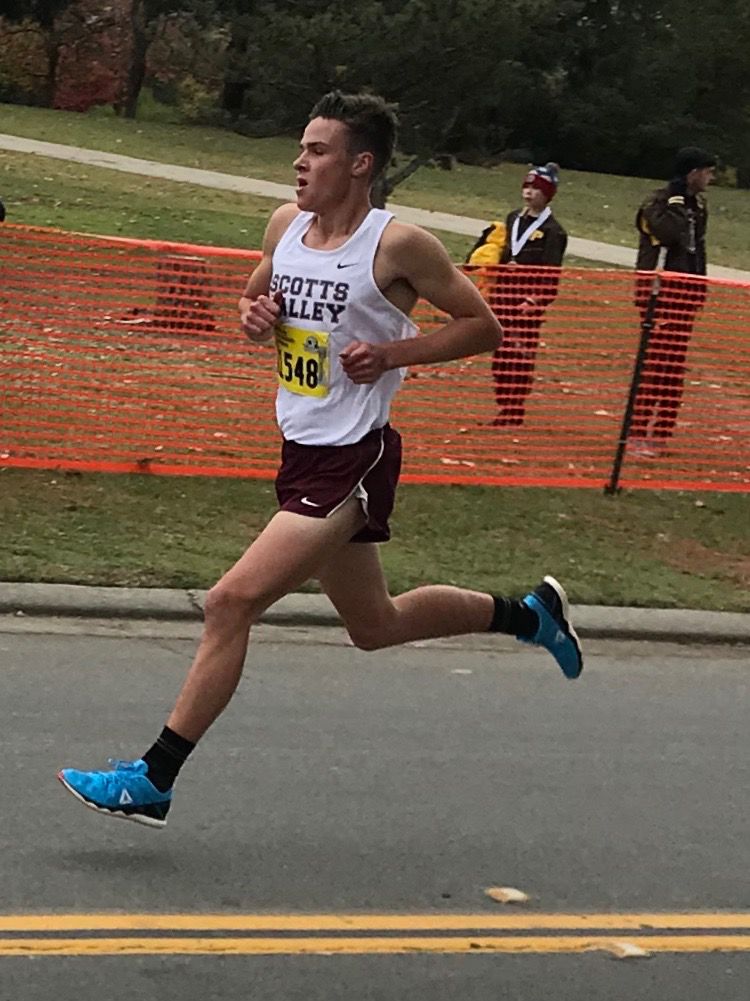 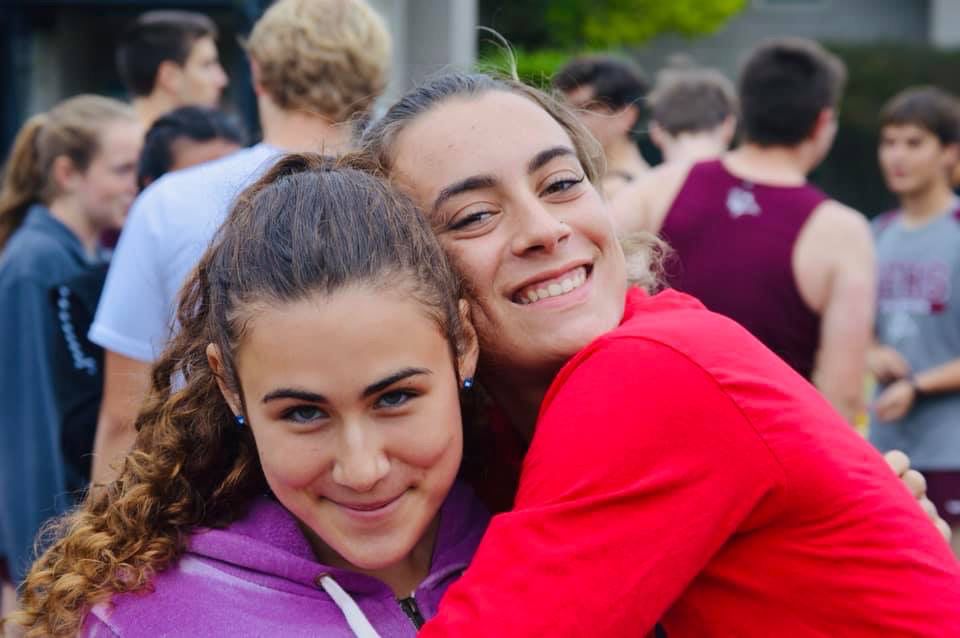 Scotts Valley High’s Mitch Ross picked the perfect day to run the race of his life. On the biggest stage, at the CIF State Cross Country Championships, and in his final race as a Falcon, held last Saturday in Fresno, the senior surprised everyone, including himself, by finishing the Division lV race in second place, and by doing so, helped Scotts Valley garner second place as a team, the best finish in school history.

Ross ran a blistering time of 15.17 on the 3.1-mile course at Woodward Park on a cold afternoon, with storm clouds hovering and snowcapped peaks in the distance. But the rain held off and Ross ran like the wind, shaving an incredible 70 seconds off his personal best time on this same course less than two months ago.

“Mitch ran amazing,” said Scotts Valley Head Coach Gretchen Schmitt. “We tapered for this race specifically and hoped it would bring some good performances, but I didn’t expect an improvement of this caliber,” said Schmitt. “He gave it his all, ran fearlessly and it paid off.”

Of course, Ross had plenty of help from his teammates on this historic day. Sophomore Jeremy Kain, the 2019 Santa Cruz Coast Athletic League Champion, finished 12th overall in 15:43 followed by Senior Logan Ross (16:24), Mitch’s twin brother, in 48th place. Junior Patrick Goodrich finished in 50th place (16.27), followed by Sophomore Ryder Brabo in 57th place (16:32), Sophomore Austin George in 58th place (16:32) and Sophomore Evan Granados in 135th place (17:27). A total of 210 runners and 25 teams from across the state competed in the D-lV boys’ race. Foothill Tech from Southern California won the D-lV team title with 93 points followed closely by Scotts Valley in second place with 111 points and Sir Francis Drake from Marin in third place with 150 points.

SLV Head Coach Jay Avenmarg noted that all four SLV runners, including Kayla Penny and Kaleigh Pennington, running as individuals in the Girls D-lV race “all ran extremely smart.” “We focused on going out at a reasonable pace, a five-minute first mile for the boys and six minutes for the girls. It can be a little scary seeing runners go out that slow and being way back in the field. You just have to trust you’ve done the right thing and everyone else will tire which is basically what happened as all four moved up well through the field.”

Penny, a senior, who qualified for her fourth State Championship, putting her in rare company, finished in 59th place (19:30) followed by sophomore teammate Pennington in 94th place (20:13). Avenmarg was quick to give credit to Penny, who completed her last race as a Cougar. “Kayla has had to fight through a lot of injuries but has had the determination to stick with it.”

Scotts Valley freshman Amber Boothby also qualified as an individual for the Girls D-lV state championships and finished in 74th place in a time of 19:48. “Amber rocked it,” said Schmitt, who noted that Boothby was hampered by “tons of little injuries this year so I was super happy she made it to State. I can’t wait for the years to come and see how she progresses. She’s a pretty amazing athlete.”

As the dust settled, literally, on the best season in school history for the Falcons, Logan Ross, running his final race couldn’t help but look back at his cross-country career with mixed emotions. “Our team has really come a long way since I was a freshman. Now we have a group of guys capable of getting into the top three in the state and that’s really incredible. It’s kind of sad this is my last race, but it will be a lot of fun to watch these guys from a distance next year to see what they can do.”