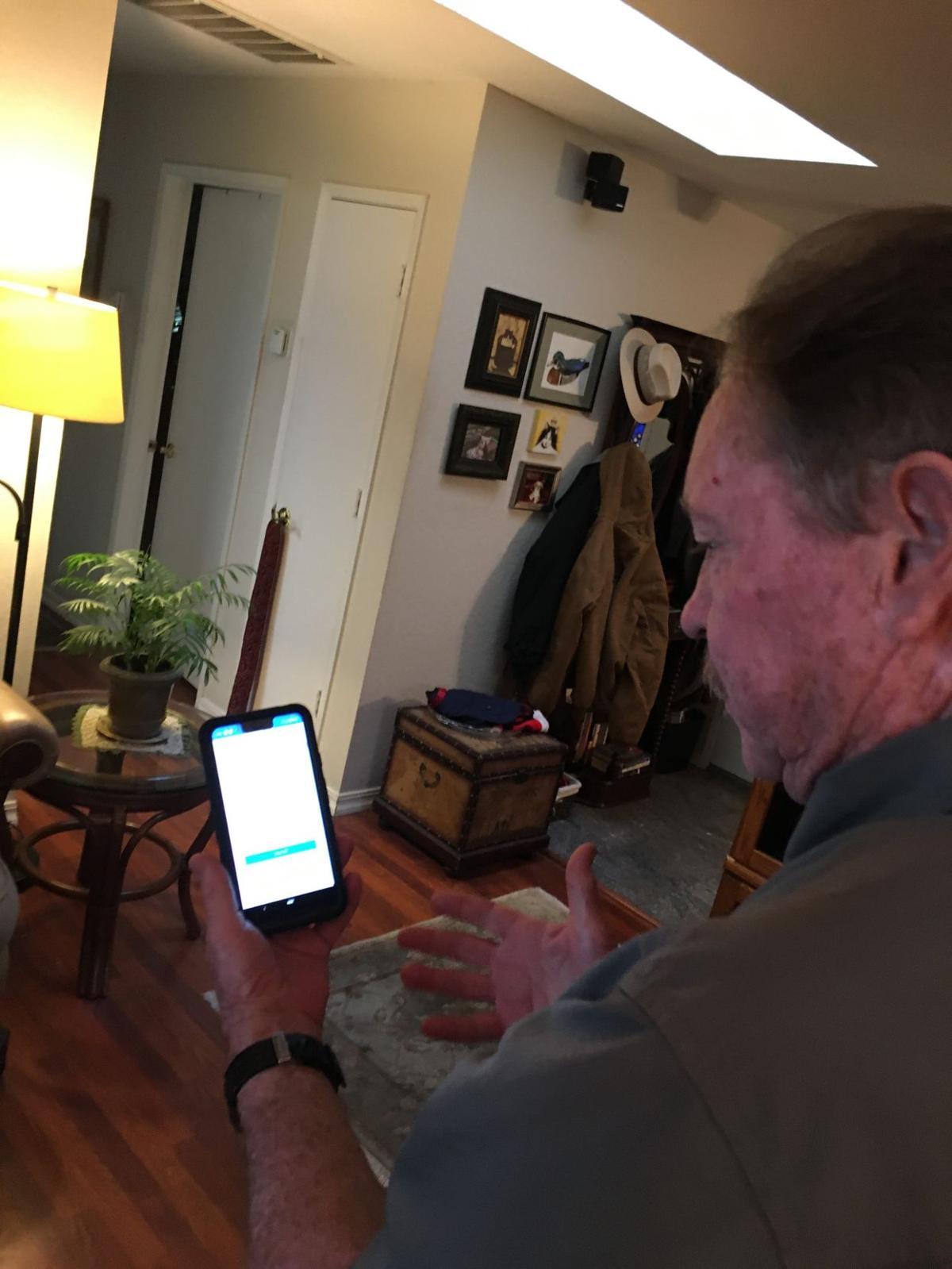 Ekwall checks on the i-Meter app in his home. 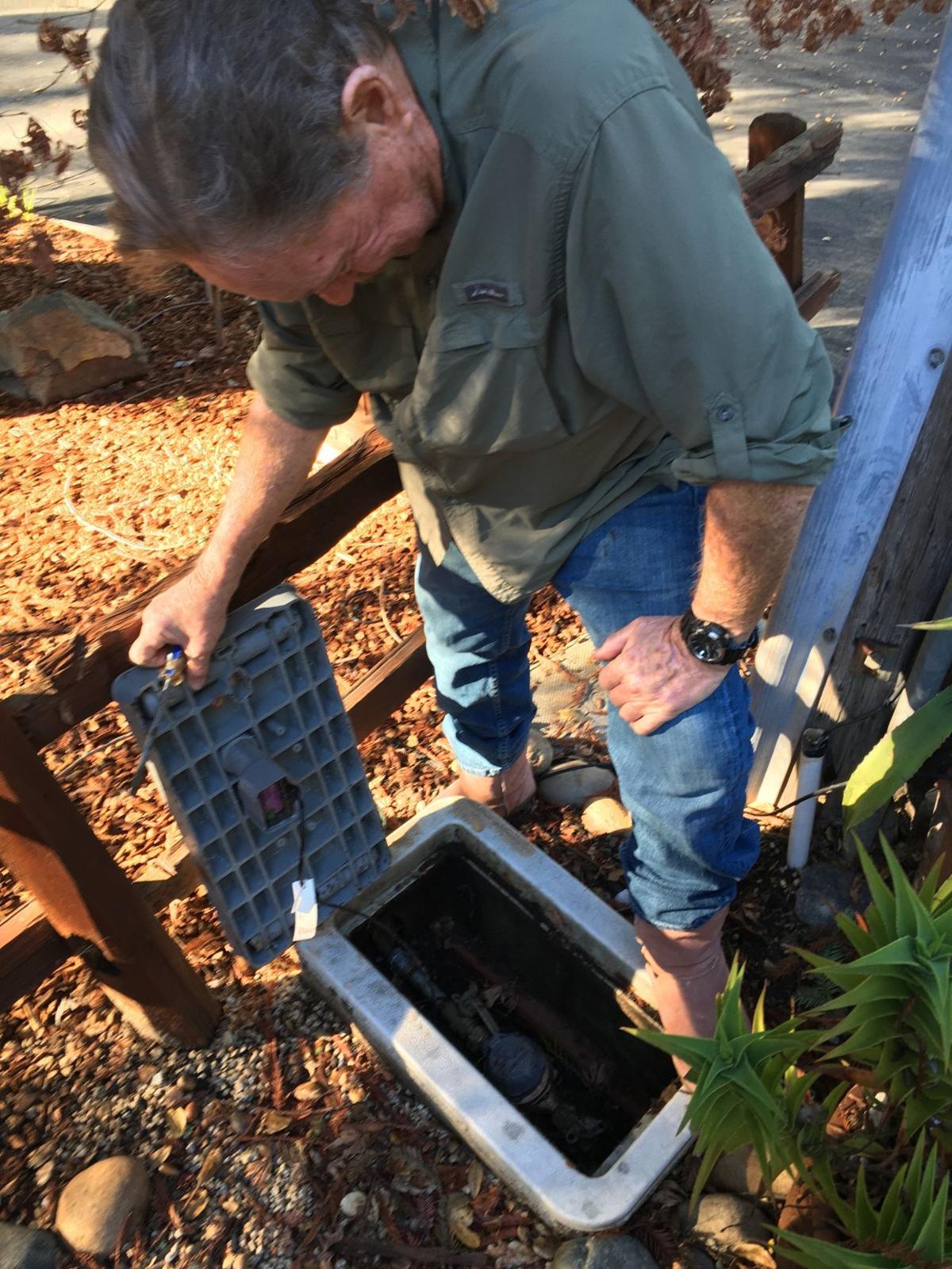 Ekwall simulaneously reveals the i-Meter at his home and the site of a leak. 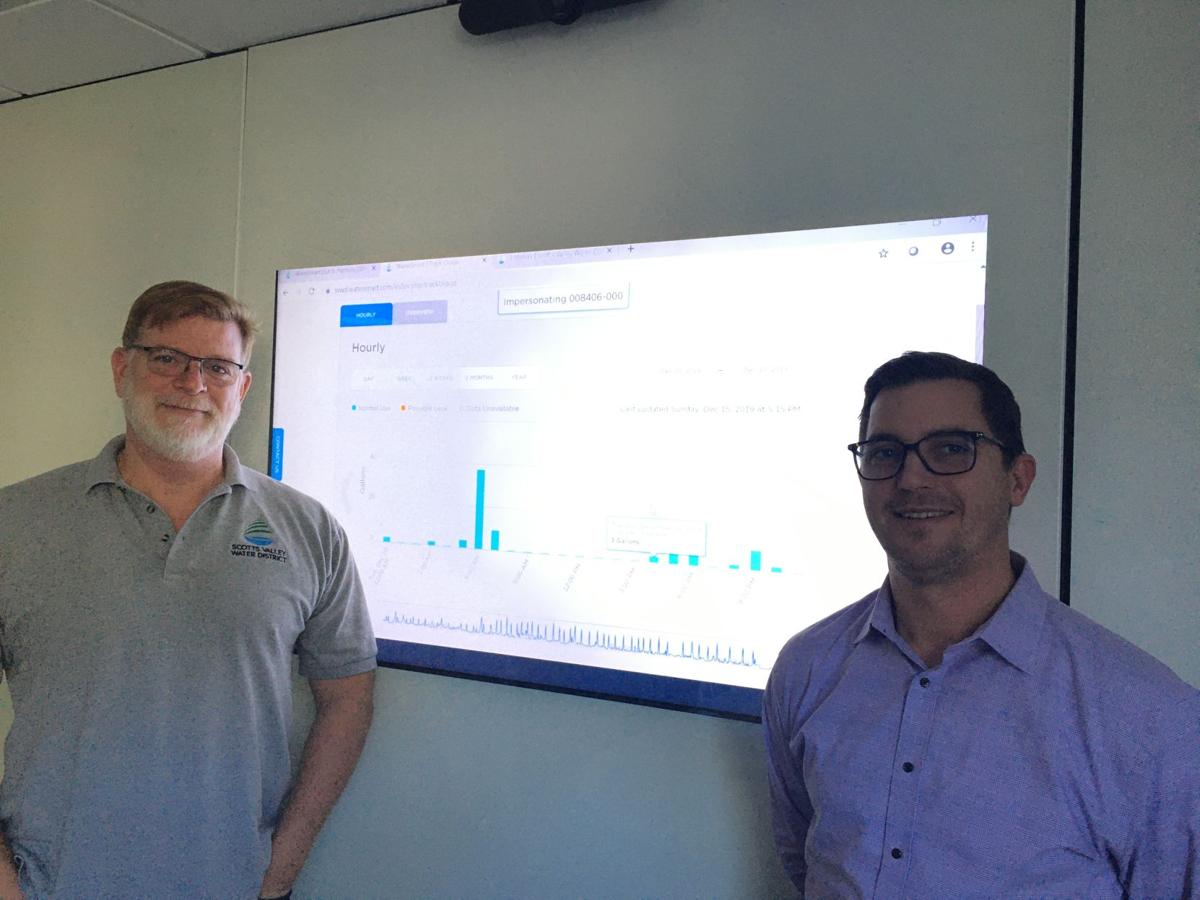 McNair and Kurns show off the user friendly nature of their new water monitoring software.

Ekwall checks on the i-Meter app in his home.

Ekwall simulaneously reveals the i-Meter at his home and the site of a leak.

McNair and Kurns show off the user friendly nature of their new water monitoring software.

The Scotts Valley Water District has some exciting changes to share with the whole valley.  For the past two years they have been installing meters throughout the valley that will help conserve water and money.  I sat down with David McNair, the Operations Manager, Nicholas E. Kurns, the Finance and Customer Service Manager, and Bill Ekwall, an i-Meter user and Water District Board Member,  to learn more details on the new metering system.

About 75% of the Scotts Valley Water District’s 10,700 customers have recently received these i-Meters already. They allow easy access to hourly usage history, leak detection alerts, high bill notifications, consumption comparison to similar households, and conservation tips to any customer.   All of these new services are accessible through a new user portal, through a partnership with WaterSmart.  Due to these new resources, it’s now incredibly easy to save water and money during your day-to-day routine.   Kurns further explained the new system’s ease of use, “WaterSmart’s user interface is head-and-shoulders above others.  It’s designed to be easy to use… Customers can, as seamlessly as possible, digest this vast amount of data...  WaterSmart has partnered with tons of water districts throughout the country, so they have strong algorithms and can tell you how your consumption compares to other households of a similar size.”

The meter replacement has been ongoing since 2017 and will be finished by April of 2019.  McNair explained the global trend to automate water meters at our meeting.  “We [no longer] have to go out physically every second month and read each meter. The new meters come with a transmitter that connects physically to the water meter and generates a signal that you can download whenever you’d like.” As of this week, the SVWD staff can electronically access water meter data for almost 3,000 meters.

While the SVWD are already reaping the benefits of the program, only 10% of households are utilizing their new data access.  This low rate of enrollment is quite a shame since it’s pretty impossible to find any downside to the i-Meter system.  It’s cost effective and highly beneficial for both the customer and the SVWD.  McNair explained that even the timing was advantageous, “Our inventory of meters was getting pretty old… The average lifespan is 20 years, so it was time for us to do a meter change out anyway.”

Perhaps the most important upgrade to the system is the speed of leak detection.  Before the i-Meter implementation it could take up to two months to discover a leak.  However, with the new system, continual usage of 3 gallons/hour for 24 hours is automatically flagged as a potential leak and a notification is sent to the user and district.

Ekwall hefted great praise onto the new system after recently experiencing a leak “Within a few months after installment… I got a message on my phone.  It said I had a leak at my house.” Ekwall was away so he had his wife check around for leaks.  She couldn’t find any, and neither could he after he returned home. At first Ekwall assumed it was a “fluke in the system,” as he couldn’t “see or hear anything.” The system continued to alert him, even prompting a call from SVWD.  He checked a third time, starting with a look at the meter.  “As soon as I pulled the meter box open, it was full of water and leaking down a gopher hole.”  Ekwall ultimately described himself as “very happy with the situation… I had a leak years ago and it cost me 900 dollars because it wasn’t detected right away and having this opportunity to have something right on my phone is unbelievable.”

Near the end of my interview, McNair shared his excitement about potential growth for the i-Meter.  The system lends itself to an easy installment, according to McNair. “Most systems you have to build your own network, which is pretty expensive, but this uses cellular phone technology, which is readily available and doesn’t require any other specialized equipment.”  While the SVWD is the first district in the area to implement this system, San Lorenzo Valley is also quickly installing the same system.  Meanwhile, the City of Soquel has been considering switching to i-Meter and the City of Santa Cruz is also considering an entire switch to i-Meter after using it to monitor some landscaping. All in all, we should commend our Water District for being on the cutting edge of water conservation software.

If you’d like to enroll in the system, understand more about the i-Meter, or would like to see Nicholas Kurns’ wonderful acting debut (this journalist gives it five stars!), visit https://www.svwd.org/customer-info/i-meters.