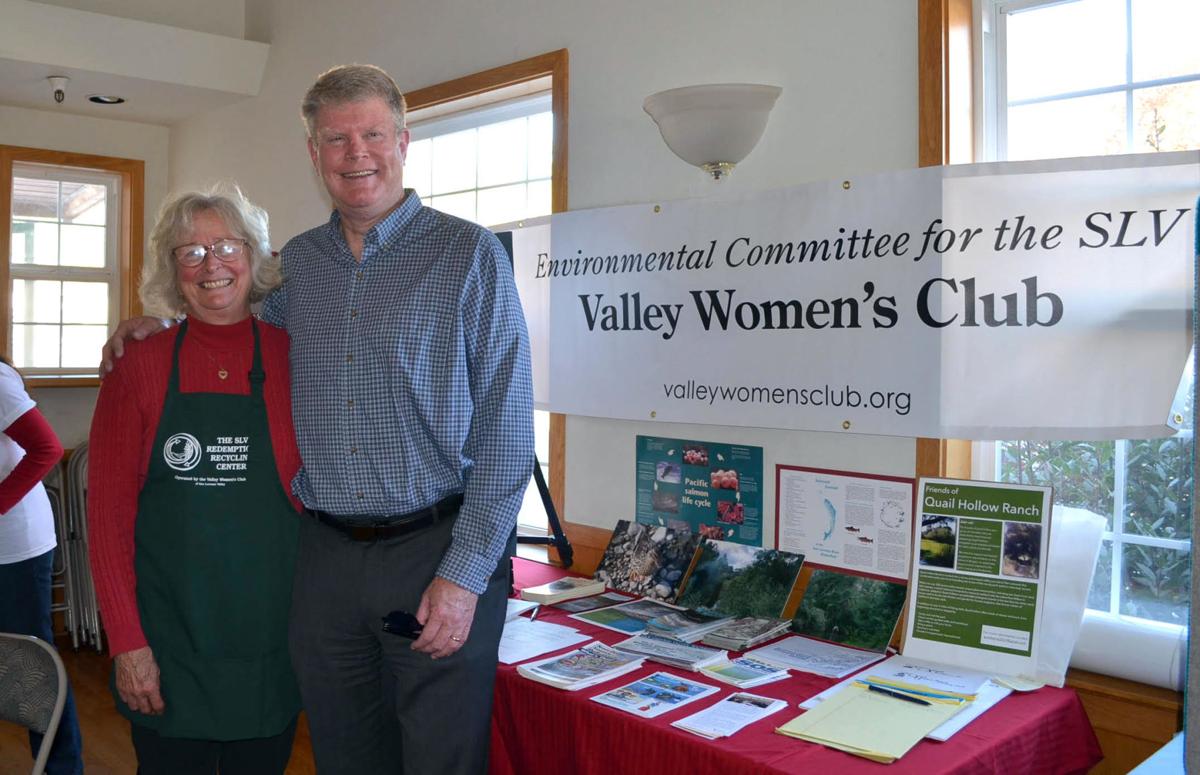 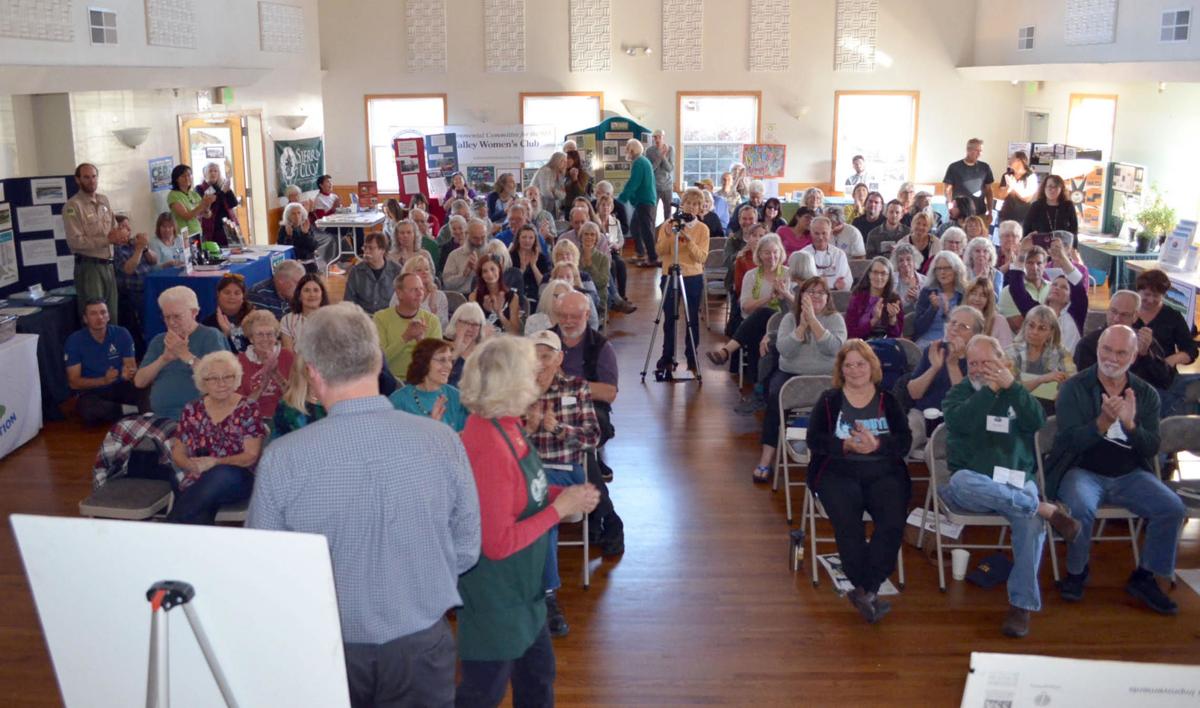 Felton Community Hall plays host to a variety of events each week. From Jazzercise classes to wedding receptions, the venue in downtown Felton has a history of bringing people together. And so it was that on Saturday, November 23rd, environmental organizations from around the county convened at the Hall for the 20th Annual Environmental Town Hall. Headed by the Valley Women’s Club and featuring guest speaker State Assemblymember Mark Stone, the symposium highlighted over 25 agencies dedicated to the betterment of our county’s environment. Groups like Friends of Santa Cruz State Parks, the Resource Conservation District and the Tobacco Education Coalition lined the interior of the building, providing handouts, graphs, charts and a reason to get involved, while nearly 200 attendees roamed amongst the tables, asking questions, networking, and getting to know the representatives of these organizations.

After a brief introduction by Valley Women’s Club’s Nancy Macy, Assemblymember Stone took center stage, and spent an hour addressing the crowd on everything from the collapse of our recycling programs to the catastrophic failures of PG&E to serve its customers to the health and safety of our watershed.

Stone’s remarks began by acknowledging that the San Lorenzo Valley has always been his political home base, and characterized his constituents as a source of support and grief as he acknowledged the vocality for which our residents are known. “I never lack for hearing from folks in the San Lorenzo Valley,” Stone said. “If only my colleagues in the Assembly would hear from the constituents the way I hear from you, then we would make better progress.”

The two major topics covered in Stone’s address were the recycling issue and the PG&E debacle. In regards to recycling, Stone acknowledged that the recycling program had imploded, and was collapsing on itself. For years, China had taken the world’s trash, and was processing it into recycled materials like cell phone covers, shoes and electronics. Eventually, the overrun of materials being shipped to China was too much, and the country ceased accepting the millions of tons of plastic it had promised to take each year. With that shift, America was now forced to keep millions of recycled bottles and cans right here, and with no one being willing to purchase the materials, the redemption program came to a screeching halt. Despite the upset of consumers who now had no way to recycle their CRV (California Redemption Value) items, insult was added to injury with the continuation of the CRV fee being assessed upon every purchase of a qualifying item.

“Where is the CRV money going if consumers aren’t getting it back?” asked one attendee. Stone said that Cal-Recycle was amassing the funds for now, and there was no immediate plan for how to siphon that money back into the end-users’ pockets. Mention was made of possibly suspending the CRV charge by the state, given that consumers were being forced to pay a fee that they had no way to recoup. Stone acknowledged that while the idea made sense, it would be impossible to institute under Cal-Recycle’s authority. He promised that the legislature is well aware of the issue, and is working hard to come up with a solution that would benefit consumers. “We are out of session until January,” Stone said, “but when we return, the recycling issue will be top of mind.”

Following the recycling issue, Stone opened up the topic of PG&E to a round of hisses emanating from attendees. In covering the utility’s responsibilities and reviewing its failures, Stone pointed out the multiple ways in which PG&E was causing harm to its customers: Shutting off power when the weather didn’t warrant it; hiding reporting on the consistency and necessity of powering down ridge top lines unnecessarily; paying millions to its top brass and shareholders in bonuses while ratepayers suffered under antiquated infrastructure and lack of proactivity by the giant company, and continued plans to make weather-induced power outages a method of reducing the company’s liability while they remain in bankruptcy. Stone indicated that there were a few ways to bring the utility to task, including dissolving the giant corporation into geographically-centered agencies. Despite the positive response from the audience at the concept of breaking up the monopoly, Stone implored the audience to “be careful what you wish for.” Small communities like the San Lorenzo Valley have their rates tied in to larger metropolitan areas like San Jose and San Francisco. “If the Valley was to become its own customer without the subsidies provided by urban blocks, rates would skyrocket,” said Stone. He once again reminded the symposium’s attendees that upon return to work in January, Stone and his fellow legislators were planning to focus on this issue.

A spirited Q&A followed Stone’s note-free presentation, and after an hour of hearing Stone address the crowd, incentivized attendees left with a little more information about the guardianship of our community.

Christina Wise is a writer, reporter, and community advocate who resides in Felton. She writes for the Press Banner on housing, education, arts and culture. Contact her at christina@pressbanner.com.