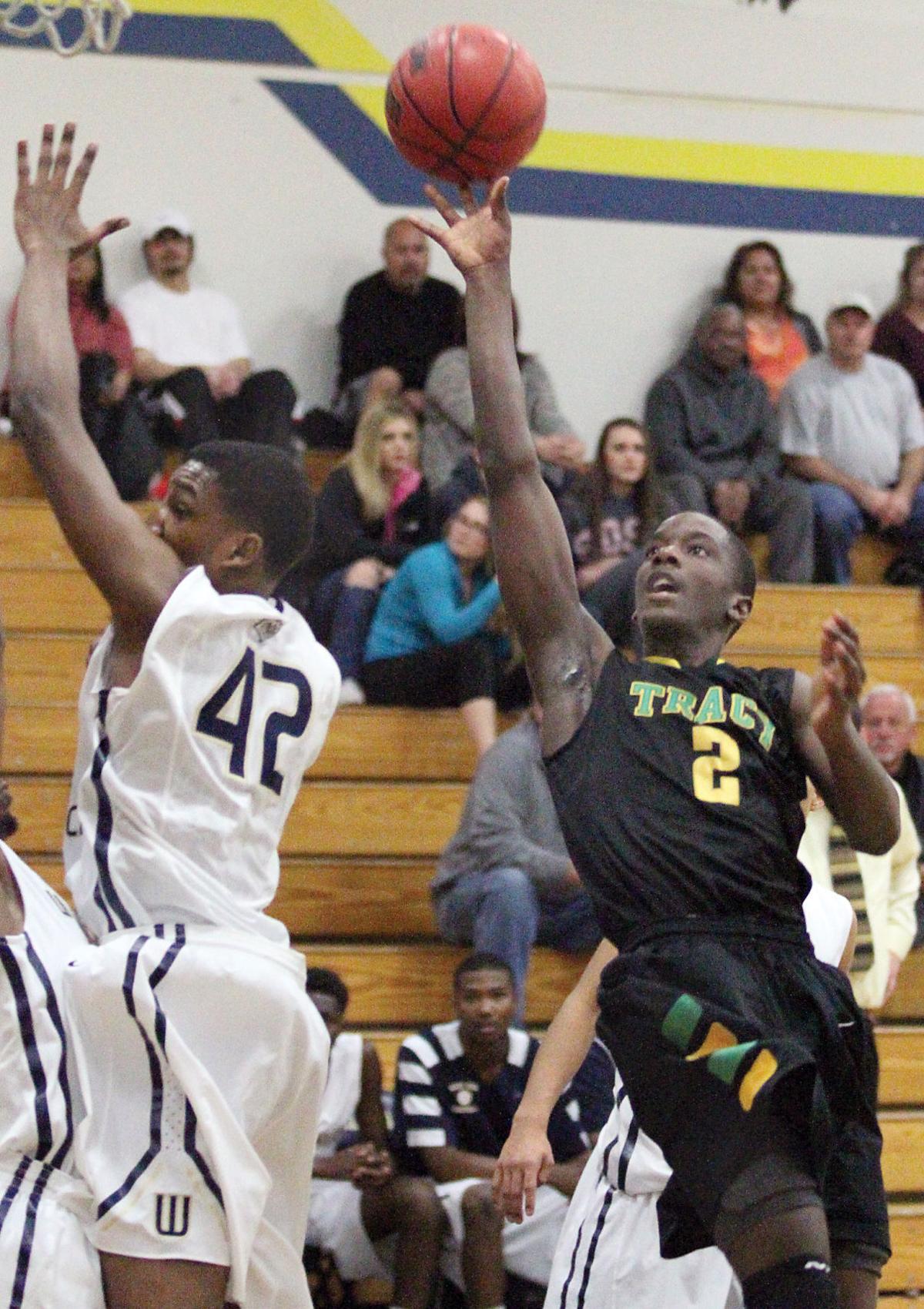 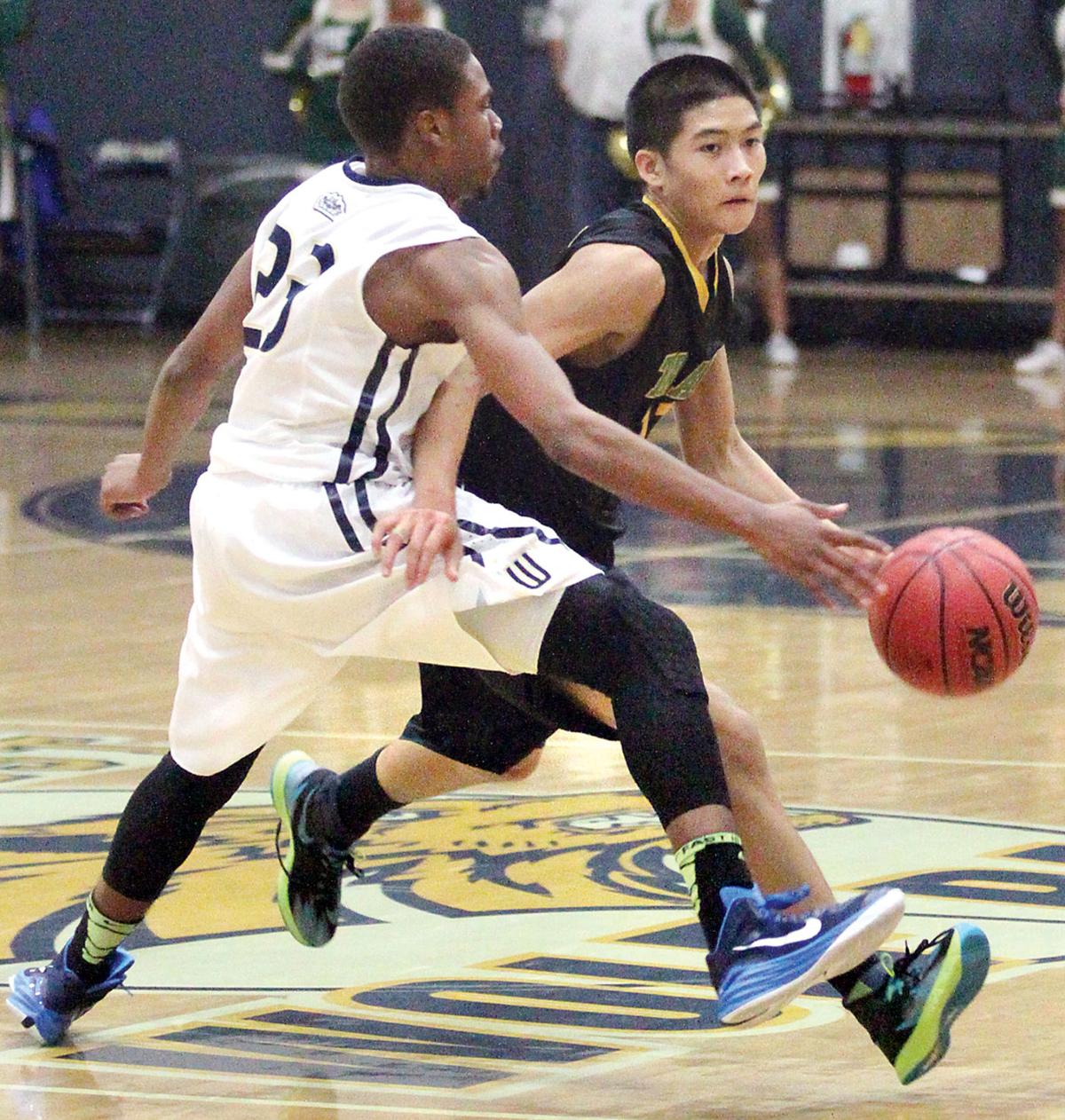 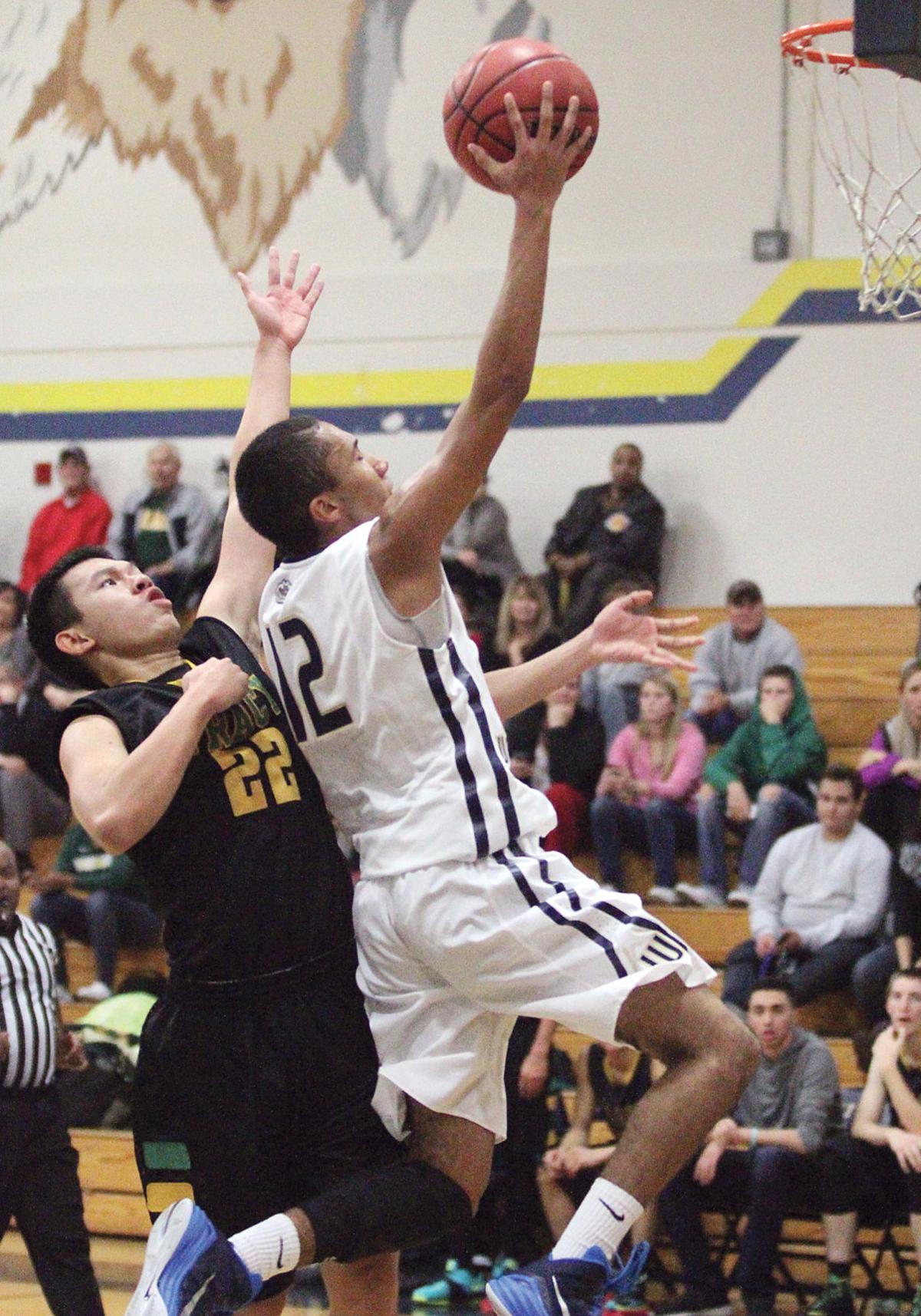 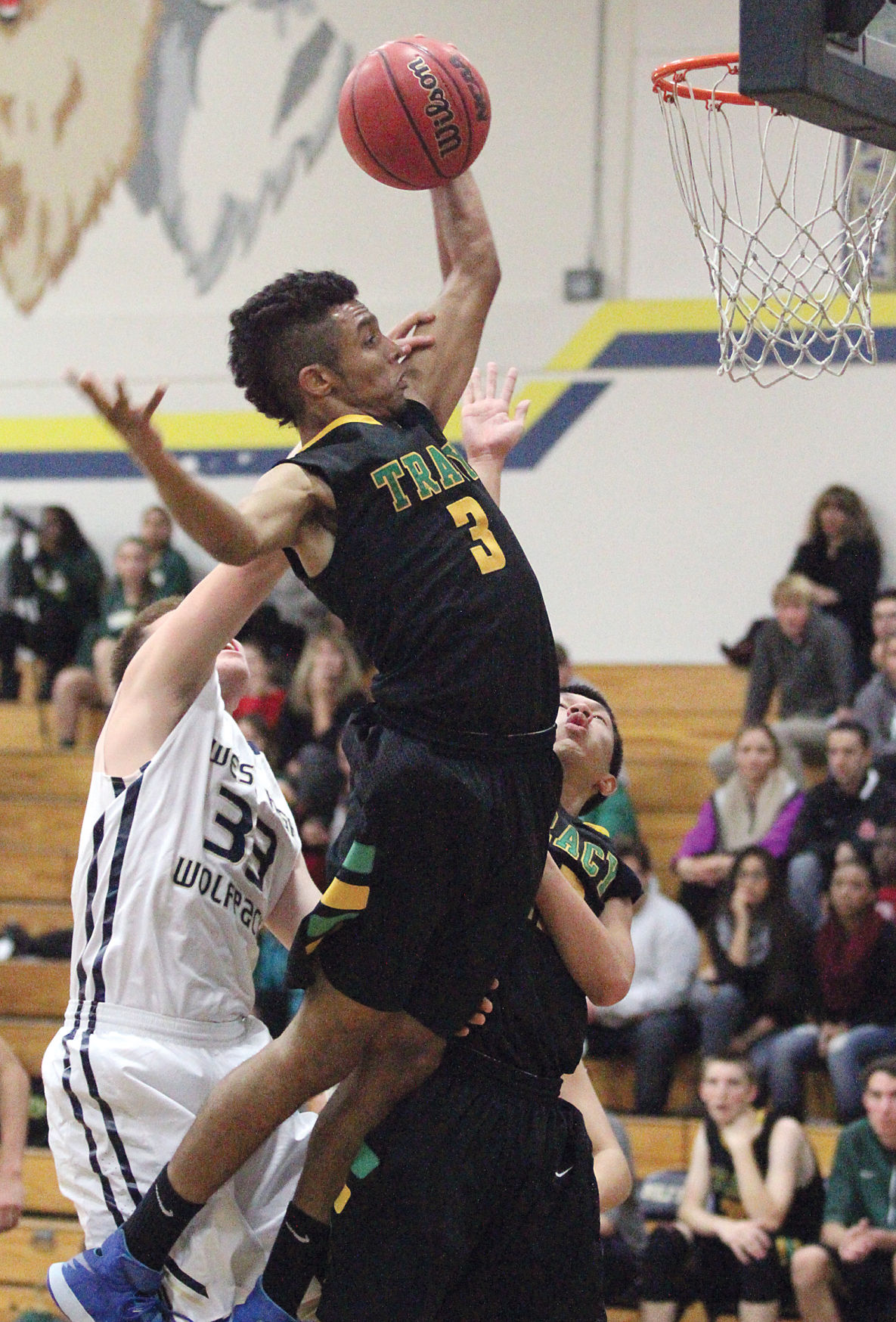 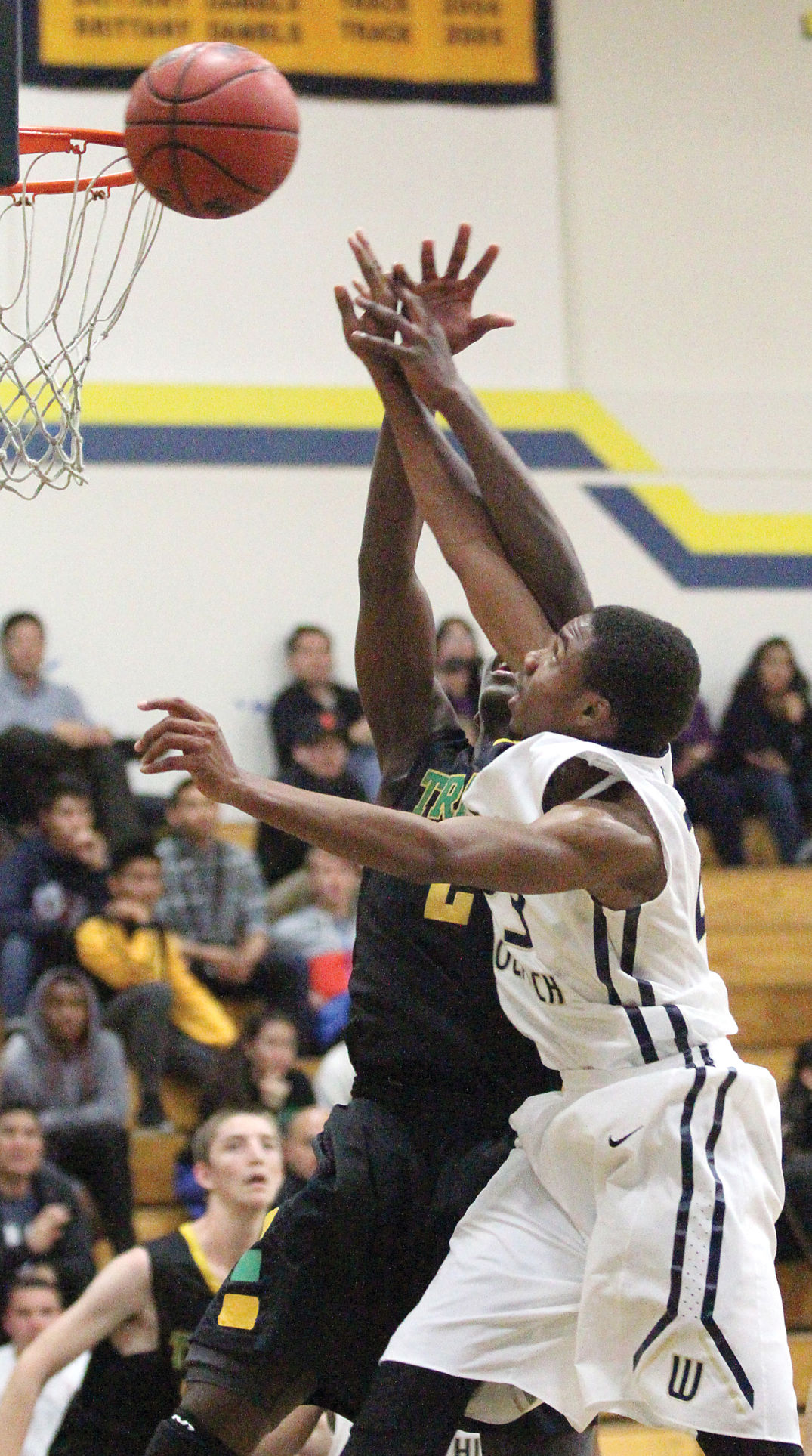 The West High Wolf Pack boys hit their stride on Monday with a 62-49 win over the Tracy High Bulldogs in the annual Sac-Joaquin Section Foundation basketball game.

The game was an exhibition match that won’t count on their records, but it provided a chance for the crosstown rivals to see how they are shaping up well ahead of Tri-City Athletic League play.

The foundation games are traditionally scheduled for the first Monday of the basketball season as a benefit for the section’s year-end scholar-athlete awards. West High raised $534.50 through ticket sales.

“We’re getting better at pressuring the ball, and we like our intensity on defense and the way we push the ball on transition,” Grady said.

West relied on sophomore center Ephraim Estell to control the boards. He had 15 rebounds for the night and three blocked shots, and he also tossed in 12 points for the Pack.

“We had a lot to prove,” Estell said. “We came in with a lot of inexperienced players and came in with that intensity to show them that we could beat them.”

Tracy senior guard Druce Asah scored all 14 of Tracy’s first-quarter points — including two 3-pointers and six of 10 free throws — and scored 17 points total. Asah got into foul trouble in the first half, and his contribution was limited in the second half. He eventually fouled out midway through the fourth quarter.

Tracy senior Kharyem Watson took the lead in the Bulldog offense for the rest of the game, scoring 19 points for the night.

“We hustled and kept our energy up,” Watson said, adding that he expected to see improvements with each game.

“I would say we played way better together,” he said, comparing the foundation game to Saturday’s season-opening loss to Kimball. “We ran the floor much better. Better decision making.”

The Jaguars went on the road for their SJS Foundation game and consistently outscored Calaveras High for a 33-16 halftime lead and a 58-38 win.

Coach Justin Gregory said that the Jaguars’ defense enabled Kimball to set the tempo, and the Jaguars consistently outrebounded Calaveras.

Kimball High’s boys fell behind early in their season opener at home against Tracy High on Saturday, but they caught up in the second quarter. Kimball coach Justin Gregory said it was anybody’s game until the fourth quarter, when the Jaguars dominated the last five minutes of the game to secure the 74-60 win.

Tracy’s sophomore boys held a 41-28 lead going into the fourth quarter, but Kimball rallied for 25 points in the final frame and won 53-50. Denzel Bautista led the Jaguars with 14 points, including seven in the fourth quarter, and Matthew Oli scored 11 points for Kimball.

The Wolf Pack dominated the first quarter of Saturday’s game at home against Johansen, taking a 21-5 lead before the Vikings could build their offensive momentum. The Wolf Pack continued to outscore the Vikings in the second half, led by sophomore Isaiah Abdul Basir, whose 15 points included three 3-point shots. Senior Isaiah Grady contributed 11 points.

West’s boys opened their season Friday with a loss at home to Chavez High. After a close first quarter, the Chavez Titans charged to a 41-23 lead, and the Wolf Pack was unable to catch up in the second half.