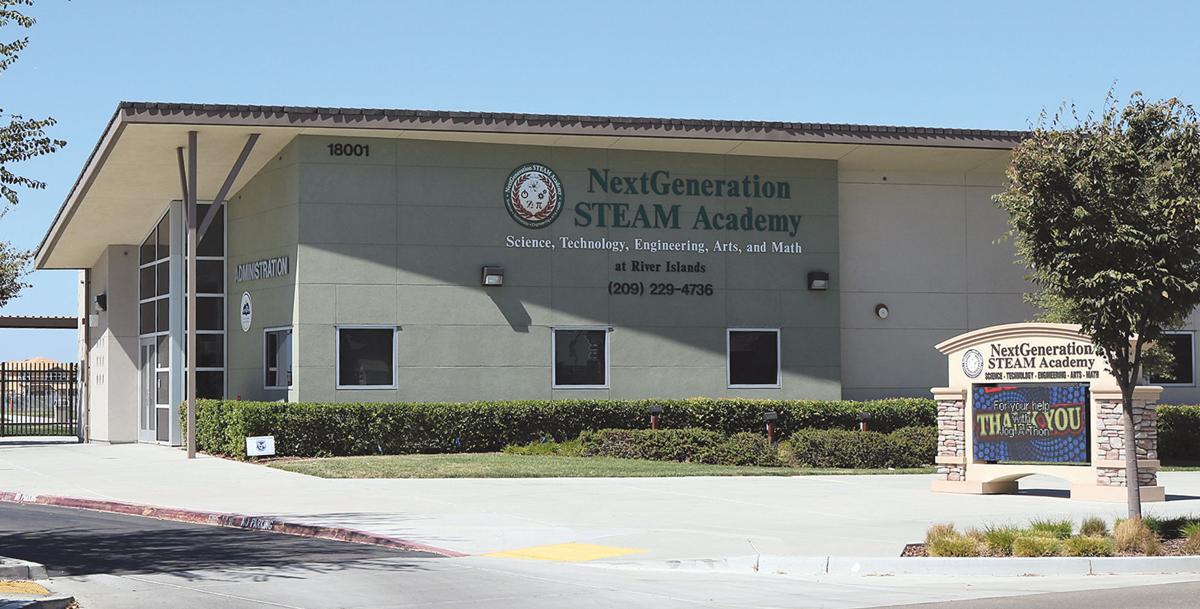 LATHROP — Banta Elementary School District will be expanding its charter school in the planned development of River Islands next year to accommodate more students due to a housing boom.

According to the River Islands project director, Susan Dell’Osso, 30 to 50 houses are being sold each month, and many of the buyers are families with school-age children.

“Our goal is to open schools when 50 percent of the population for that school is ready,” she said. “For example, if we have 1,000 kids in a school, which is typical for a K-8, when there is 500 kids that have been generated, then that (new) school should open.

“We need the schools for the kids, but we have to make sure schools are ready when the kids are generated.”

Unlike Banta School, the district’s original K-8 school, which has been losing students and may lay off teachers next year, Banta’s charter school in River Islands is growing steadily as more residents move into the subdivision. NextGeneration STEAM Academy is a dependent charter school that gets guidance and some services from the district, such as student testing.

Originally, NextGen was designed to be two schools sharing one campus: a kindergarten to fifth-grade elementary school and a separate sixth- to eighth-grade middle school. When the second phase of construction begins next year, it will be transformed into a single K-8 school at the direction of the school board.

The school has 537 students so far, including 113 who live in River Islands. District officials said the majority of the student population right now is coming from Manteca Unified School District. Other students have transferred from Lammersville, Tracy, Jefferson, Stockton and Ripon school districts.

Superintendent Daniel Moore said the plan to expand NextGen calls for adding eight to 10 more classrooms for middle school children on the northern portion of the campus. The district expects to start construction next summer or fall and have it completed by August 2020.

“We could use the classrooms right now,” he said. “We’re working with the architect now to design everything.”

Moore said the district will begin building another K-8 school in the summer of 2020 and hopes to open it in 2021, with plans to build a new school every two years for the next decade. Eventually, River Islands is slated to have six or seven K-8 schools and a high school, he said.

William Huyett, a consultant for Banta School who formerly served as interim superintendent, said that decisions about funding to build new schools rested with the developer.

Also cooperating with Banta to provide education to River Islands children are the administrators of River Islands Technology Academy, an independent K-8 charter school overseen by the county office of education

Another issue that Banta administrators will consider over the next year is a proposal to make Banta Elementary School District into a unified school district with its own high school in River Islands.

Right now, when students at NextGen and Banta School complete eighth grade, they move into Tracy Unified School District and are enrolled at Tracy High School for ninth grade. As a result, Tracy Unified officials have been part of the discussions, Huyett said.

“We’re having continued conversations with Tracy to unify this school district, like Mountain House did, which is Lammersville,” Huyett said. “We have to go through quite a process and the best way to do it is get the two districts to agree it’s a good idea, and it seems there is a lot of positive thought on that right now. There is a lot of work to do in that area. We’ll be working on that most of the year. Pretty much a yearlong process with hearings and a lot of discussion.”

Dell’Osso said her ultimate goal was for River Islands to have its own high school.