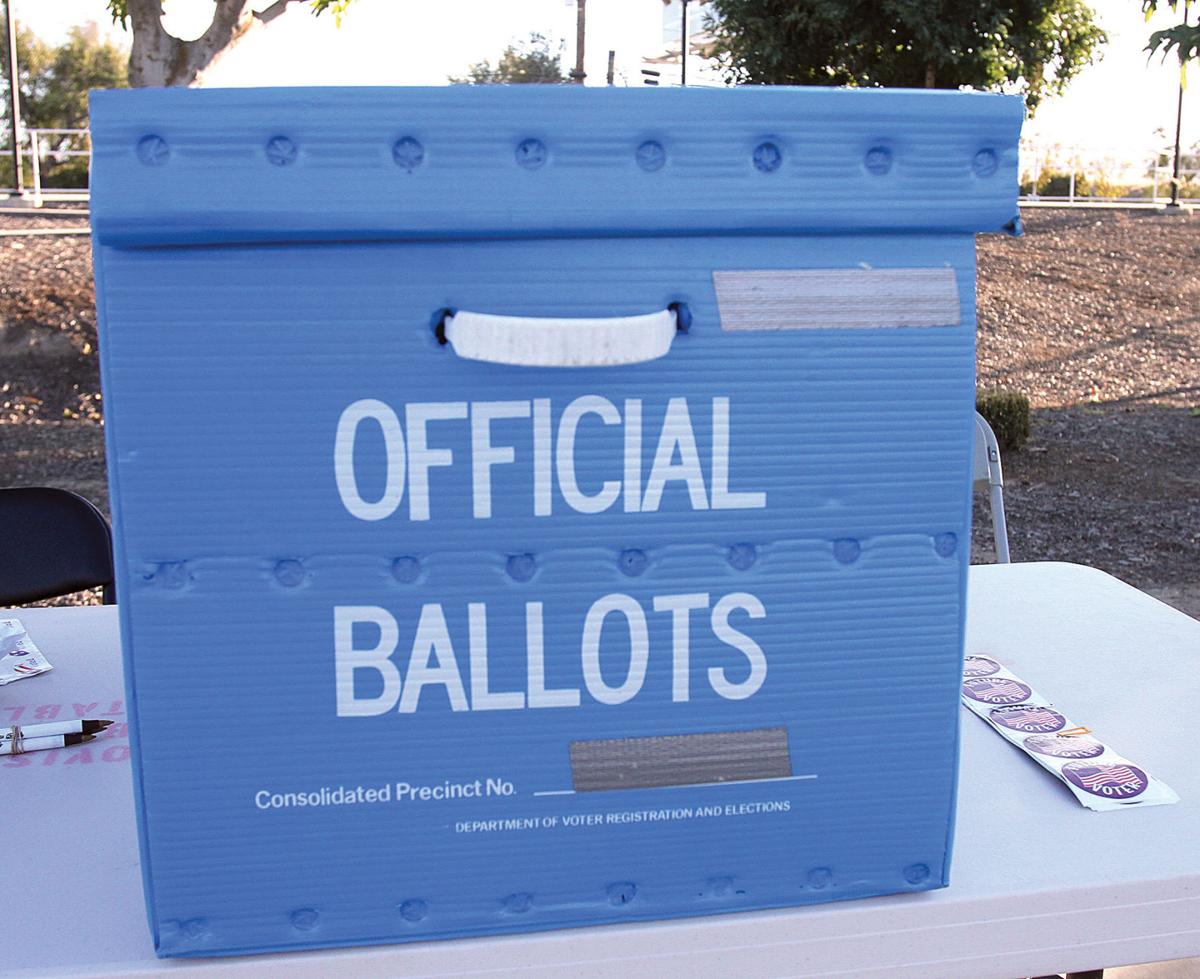 The San Joaquin County Registrar of Voters set up a Drive Up Democracy ballot drop-off location at the Tracy Altamont Corridor Express train station in 2018. 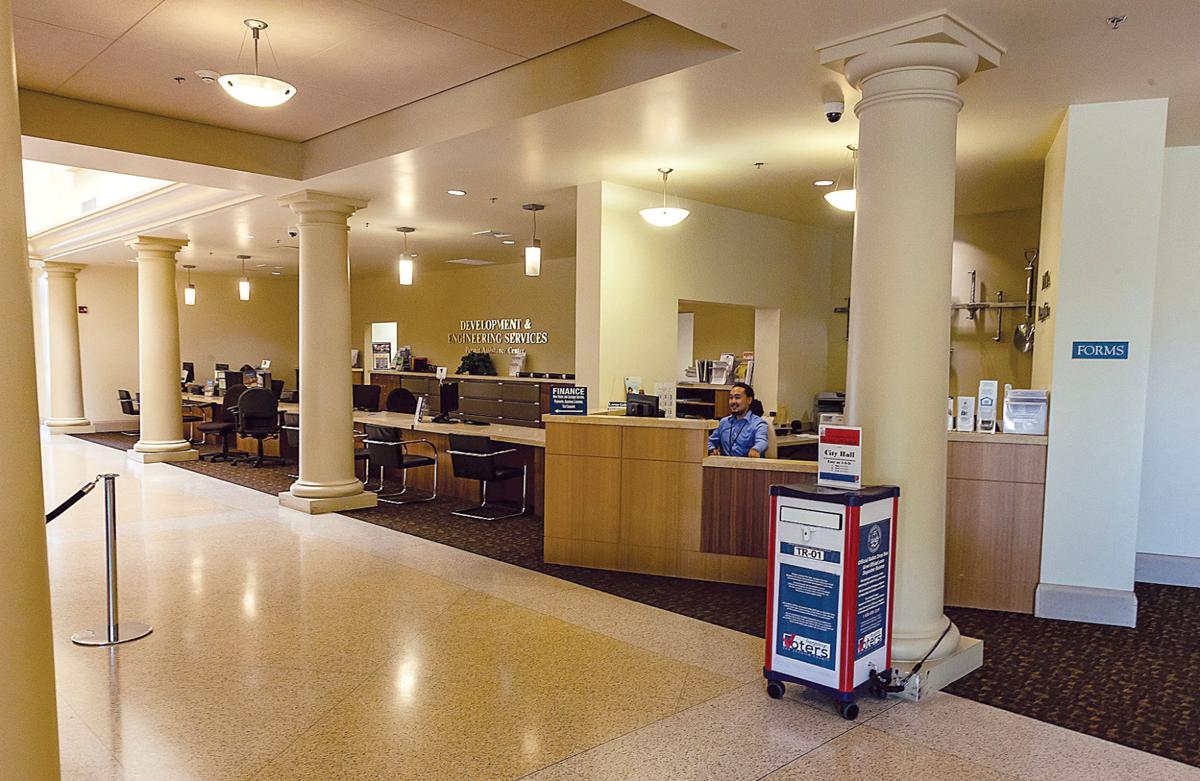 The San Joaquin County registrar of voters installed an official ballot box for vote-by-mail voters at City Hall in 2018. 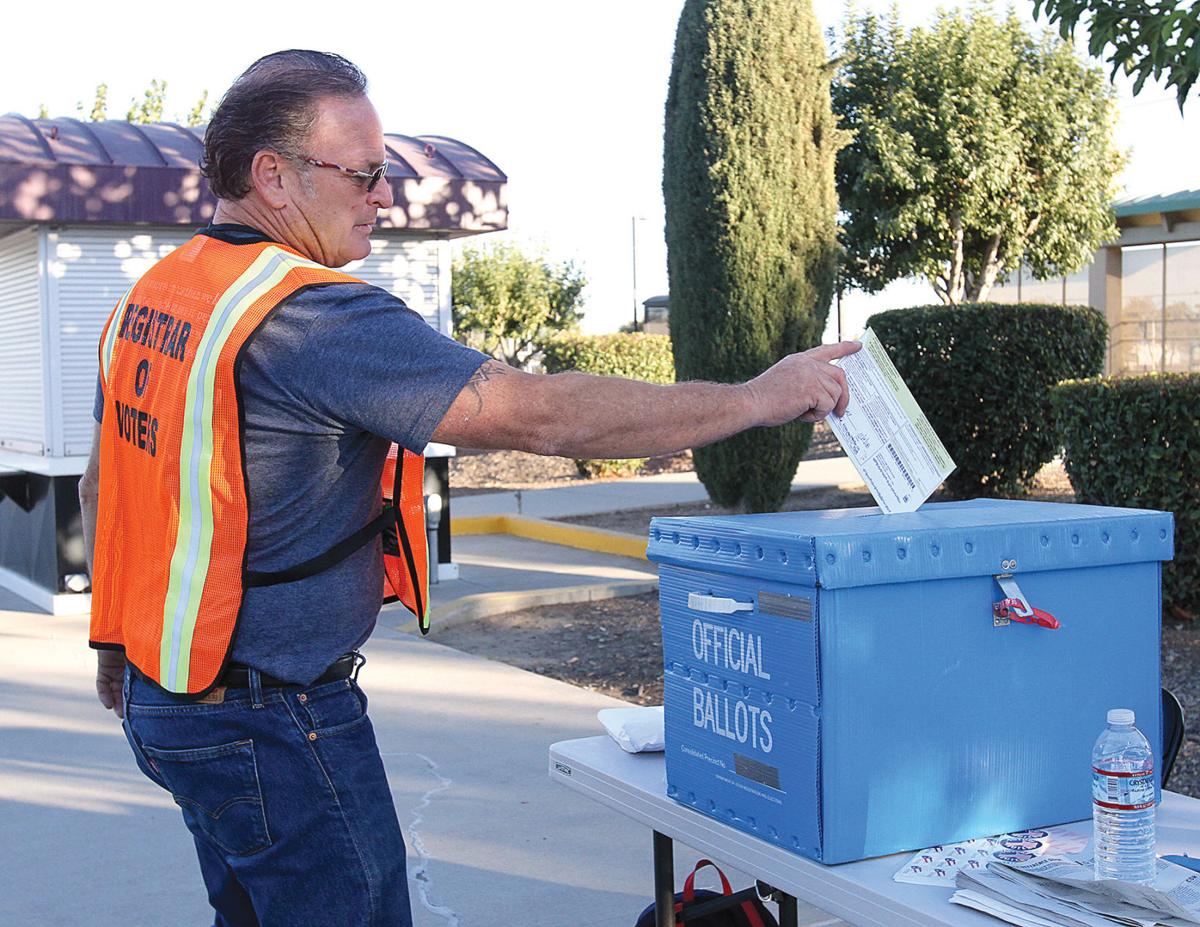 An election official with the San Joaquin County Registrar of Voters places a ballot in a box at a vote-by-mail ballot collection at the Tracy ACE Station in 2018.

The San Joaquin County Registrar of Voters set up a Drive Up Democracy ballot drop-off location at the Tracy Altamont Corridor Express train station in 2018.

The San Joaquin County registrar of voters installed an official ballot box for vote-by-mail voters at City Hall in 2018.

An election official with the San Joaquin County Registrar of Voters places a ballot in a box at a vote-by-mail ballot collection at the Tracy ACE Station in 2018.

Election officials are expecting a record turnout at the polls March 3 after the ranks of California’s registered voters swelled to more than 20 million five months before the presidential primary election.

“It’s increasingly clear that Californians are energized and engaged in their democracy,” he said.

There were 20,328,636 people registered to vote statewide as of a count taken Oct. 1, 154 days before the 2020 presidential primary. That is 3 million more voters than were registered at the same point in the 2016 presidential election cycle.

The percentage of eligible Californians who are registered to vote has risen to 80.56%, the highest percentage in 67 years. That is a 10-point increase from four years ago.

“A big growth here in the voter rolls, and California’s changing population showing up in our voter registration data as well,” Padilla said.

Los Angeles County had the largest total increase in the number of registered voters. Of the five counties with the largest increases by percentage, three are from the Inland Empire: Riverside, San Bernardino and Imperial.

Tracy had 39,495 registered voters as of the latest count by the San Joaquin County Registrar of Voters Office on Sept. 27, including 17,696 Democrats, 8,916 Republicans and 10,594 voters who declared no party preference.

All the unincorporated areas of the county, including Mountain House, Banta and Vernalis, added up to 63,884 registered voters out of 307,318 countywide.

“The numbers are showing us that, clearly, the policies and outreach initiatives that we’ve engaged in to facilitate voter registration are successful,” Padilla said.

In 2020, conditional same-day voter registration will expand to every polling place and every county election satellite office throughout the state. Senate Bill 72, which Gov. Gavin Newsom signed into law, allows new voters who register less than 15 days before the election to cast provisional ballots pending verification.

“All this taken together along with record voter registration, I am expecting record voter turnout in 2020, and we will continue to work with county election officials throughout the state over the coming months to prepare for a historic turnout in the March primary,” Padilla said.

The preparations include making sure enough ballots are printed and encouraging people to vote by mail and use other early voting options.

A rising trend in California is registering to vote without choosing a political party. Padilla said 5.4 million voters in the state had registered for the March primary as having no party preference.

The party listed on voters’ registrations determines which presidential candidates they can vote for, if any, in a primary election.

Voters who register with a political party can vote for only that party’s candidates for party-nominated or partisan offices.

“Hopefully we get to no-party-preference voters well in advance for them to know the rules before Election Day or before early voting, where available, or before their vote-by-mail ballot arrives in the mail,” Padilla said, “but as an additional safeguard, go to update your registration and select the ballot you truly prefer on Election Day or at an early voting location.”

Eligible U.S. citizens can check their voter status or register to vote online.

Padilla said he could feel the enthusiasm building as the state heads toward what he expects to be a record turnout at the polls.

“The tremendous growth we’ve seen in voter registration over the past four years tells me we are going to have a historic election year in California, both on the registration and turnout side, and I’m excited to see the progress we’ll continue to make as we approach March 3, 2020,” he said.

The secretary of state’s office will release another voter registration report Jan 3, 60 days before the primary.

The California Secretary of State (www.sos.ca.gov) supervises elections at the state level.

Early voting starts this week. Have you registered?

With 33 days left until the presidential primary, San Joaquin County election officials are getting ready for an unprecedented number of voter…