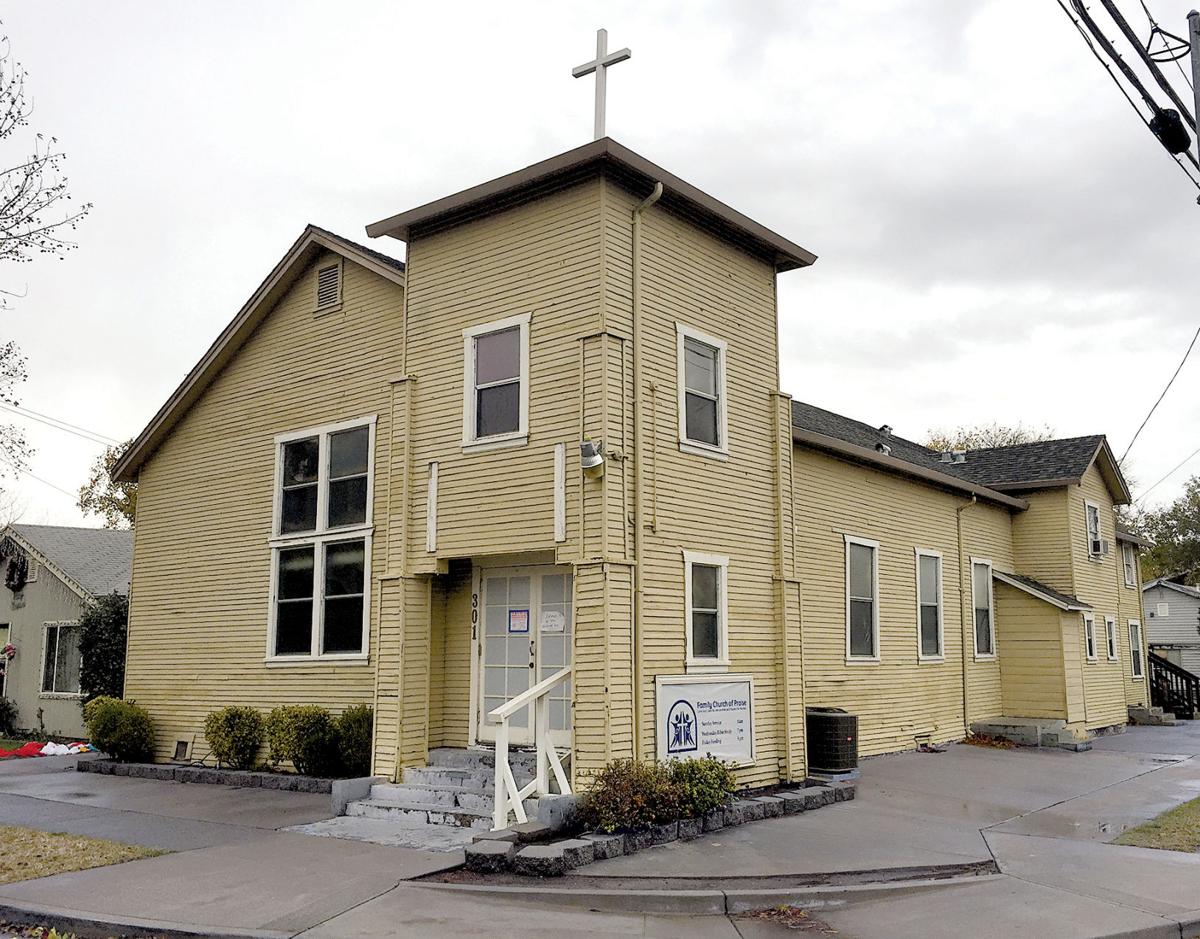 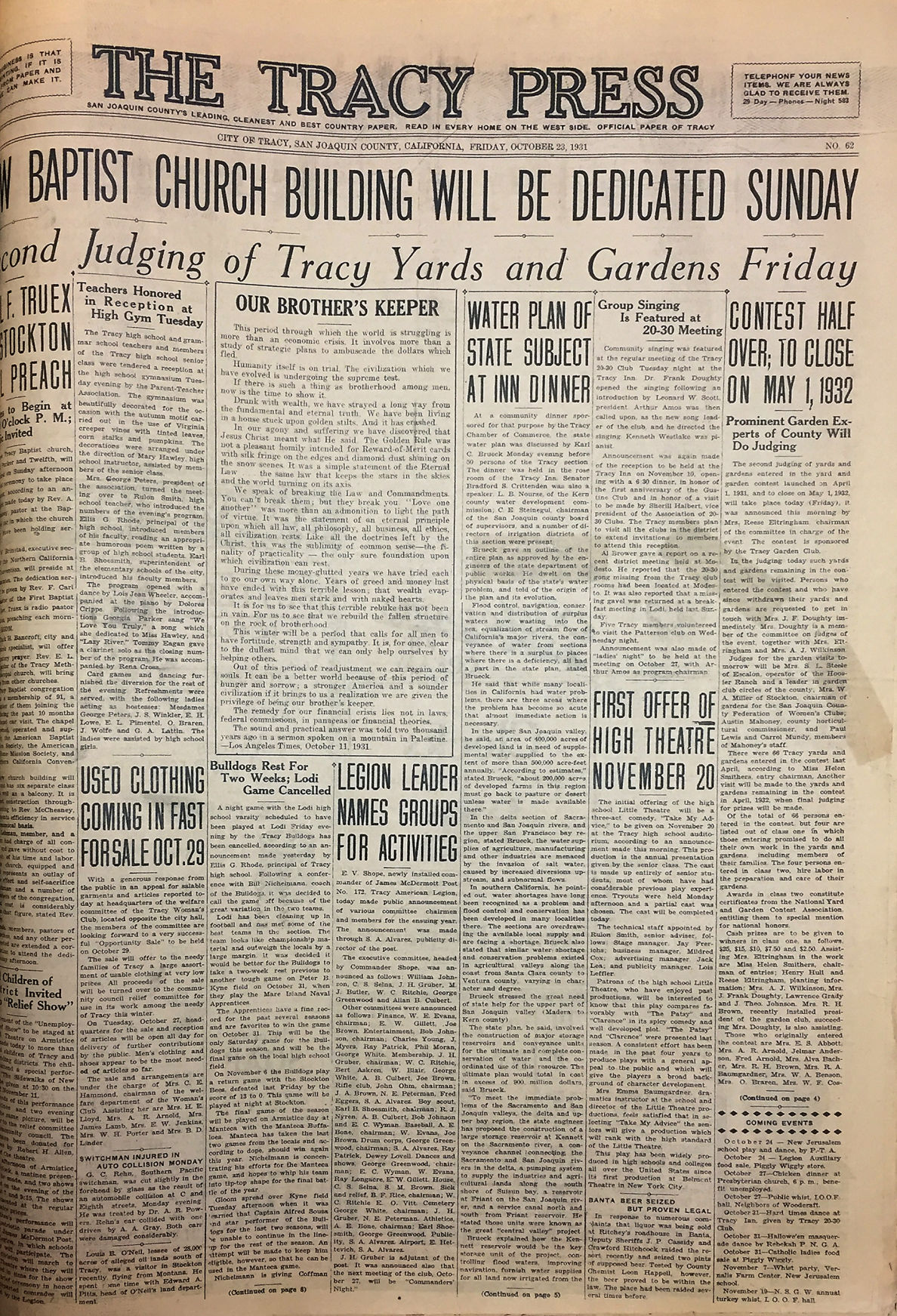 The church building that has stood on the corner of 12th Street and Parker Avenue for most of Tracy’s history will be demolished within the next two months.

Since learning in November that the city of Tracy had condemned the building for structural deficiencies, the congregation of Family Church of Praise at 301 W. 12th St. has learned that there’s little they can do to preserve the building.

Dennis Ah Yo, a member of the congregation, a local real estate agent and the real estate consultant for Family Church of Praise, said that following the city’s notice and order, issued on Nov. 19, he contacted local contractor Dale Cose to get an idea of how much it would cost to repair the building.

“Initially we were told, before Dale came into the picture, it would be somewhere around $200,000,” Ah Yo said. “After working with Dale, his contacts and whatnot, it was down to $75,000. We still could not raise the funds, from the standpoint of beyond $75,000-plus. It’s too much for us to try and raise.”

City code enforcement officer Jim Decker inspected the building Aug. 26. Photos from that inspection of the building’s exterior show the roof sagging, and interior photos in the attic show cracked and broken roof trusses — some that had been repaired or reinforced, others that appeared to be on the verge of collapse.

The notice and order directed that the sanctuary be vacated by Nov. 22, which the church did. The church could either have a structural engineer evaluate the building and prepare plans for repairing the damage, or it could take out demolition permits for the part of the building used as the sanctuary.

Ah Yo noted that any attempt to fix the building would most likely expose other deficiencies in need of repair. After those repairs, he expects the building would fall under modern building codes and it would be unclear which aspects of the structure would continue to be “grandfathered in.”

“The pastor (Nick Castro) and Foursquare, because Foursquare is the owner, said the best way for us to go is to demolish, and that’s where we’re at right now,” Ah Yo said.

The church, a congregation of the International Church of the Foursquare Gospel, took out a demolition permit Dec. 9. That permit notes that the quote from C3 Builders of Oakdale is $12,291.64, which Ah Yo expects is the best deal on that job the church is likely to get.

The city’s notice and order gives the church until March 23 to tear down the building. Since the order was issued in November, Dorothy Snow, a member of the congregation since 1997, has been tracking down the history of the church building, estimated by some local residents to be more than 100 years old.

While official documentation from the city and county about the original construction date is elusive, a front-page story in the Oct. 23, 1931 edition of the Tracy Press states that the building was set to be dedicated as the First Baptist Church that Sunday, Oct. 25, 1931.

In the Tracy Press Centennial Edition, published Sept. 6, 1978, a section on the history of local churches notes that the First Baptist Church had been holding services in Tracy since the summer of 1928. Dr. Carl Truex, pastor of the First Baptist Church in Stockton, helped start the local congregation, which met first at the home of Mr. and Mrs. L.V. Noblitt, 271 West St., and then in a “chapel car” parked at the local railroad yard.

The church bought the property at the corner on 12th and Parker for $400 from Mr. Sandage, a policeman, in 1930, and the Rev. A.G. McChestrey was the pastor when the church was established at 12th and Parker the next year.

Snow is collecting information on the churches and their pastors that have used the building since then. Snow said that next-door neighbor Barbara Cole, whose family has lived next to the church for most of its history, became friends with the family of Robert and Phebe Goldsmith, who founded Tracy’s Foursquare Gospel Mission in the 1940s.

Phebe Goldsmith died last year in Bakersfield at the age of 96. Snow learned that she had been the valedictorian of her class at Life Bible College in Los Angeles, where she became friends with Aimee Semple McPherson, founder of the International Church of the Foursquare Gospel.

Phebe Goldsmith’s 75-year career as a minister started when she led Foursquare Gospel revivals in a tent at the corner of 12th Street and Holly Drive in Tracy. After a fire burned the tent in December 1944, the church found a new home a block away.

“This property was available because the Baptist church was relocating,” Snow said.

She hopes further conversations with past congregants and neighbors can help fill in some of the blanks in the historical timeline of the church and the building.

“As much as I’d love to stay in this building, I know it’s old and it’s kind of funky, but there’s so much history and family and love that took place here, a lot of service to the community,” Snow said.

In recent years, the church, in addition to Sunday services and Bible studies, has hosted Friday evening meals for the homeless, clothing giveaways and yard sales. The church continues to have services in its fellowship hall at the north end of the building, which was not subject to the city’s abatement order.

The date of the final service at the church has not been set, but Ah Yo said the church intends to comply with the city’s March 23 deadline to tear down the building.

As a real estate agent, Ah Yo expects there will be a buyer for the lot on the northwest corner of 12th Street and Parker Avenue. Four parties have expressed interest so far.

“I’ve picked some of the best Realtors to help me as well,” he said. “I’m taking advice from different people and coming up with what the price should be.”

He is also looking for a place where the Family Church of Praise can continue to meet, with the long-term goal of finding a new permanent home.

He added that the demolition and loss of the building is an emotional chapter in the life of the church, with many in the congregation recalling how much it has meant in their lives, including baptisms of multiple generations in local families.

“This church is a building. Our faith will go with us no matter where we go. It’s like a house. You have memories there, but you leave with the memories,” he said.

I remember the Church well. I grew up across the street from it. I haven't been to Tracy in years and am surprised it is still there.