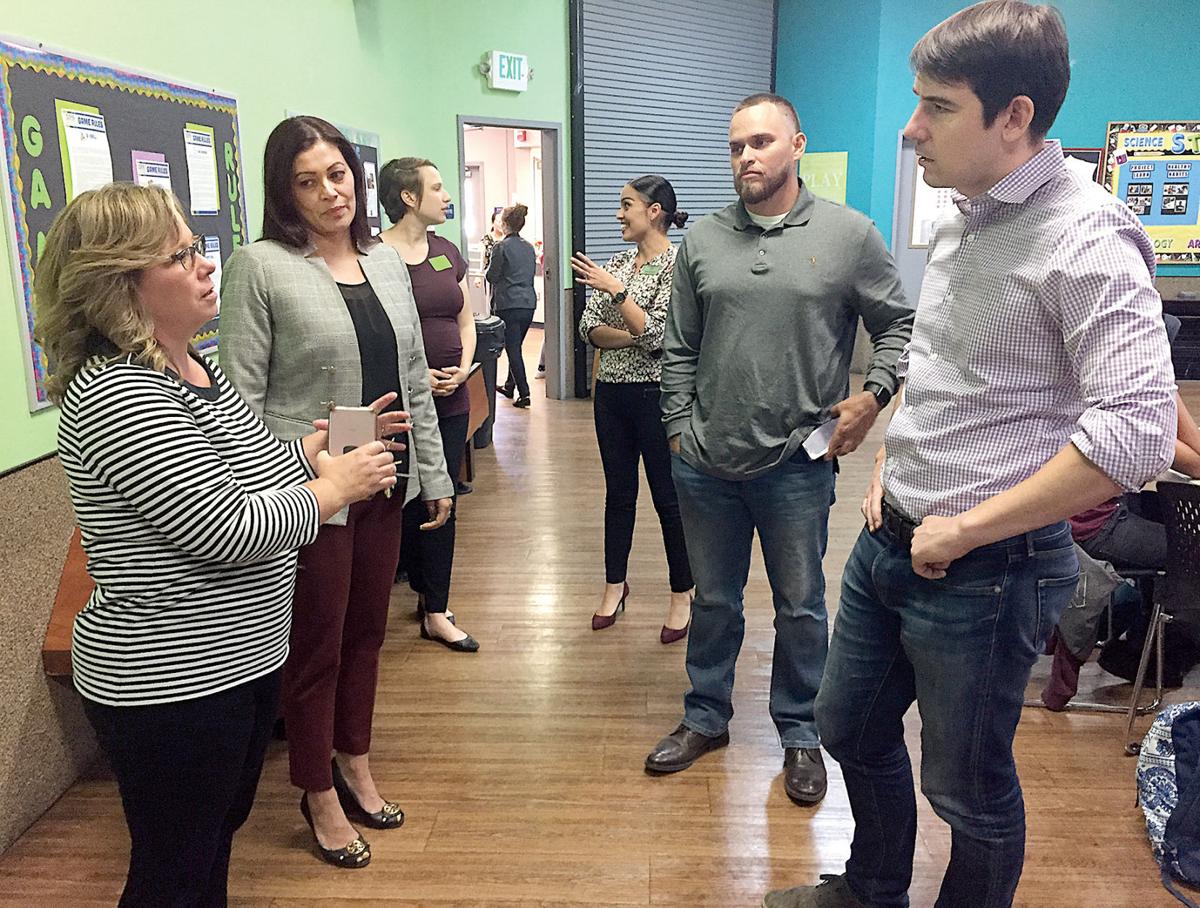 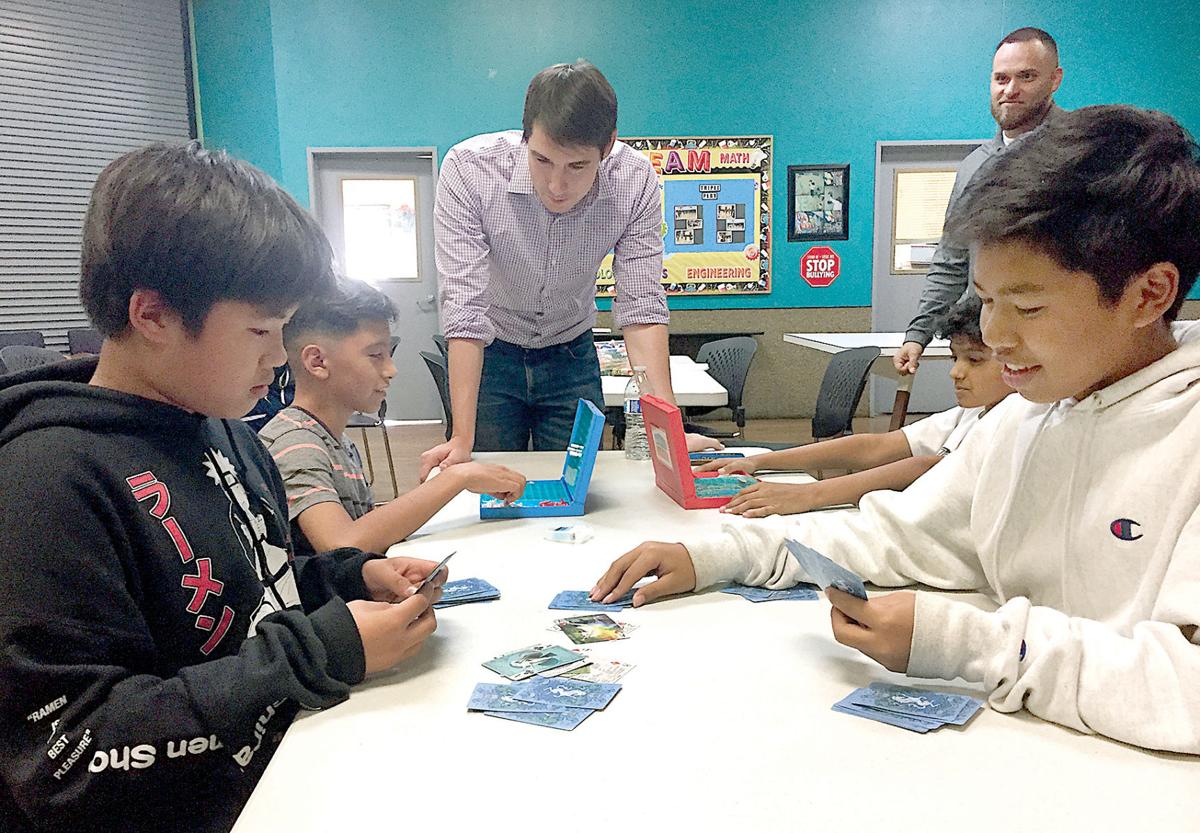 Rep. Josh Harder (center) visits some of the kids at the Richard O. Hastie Clubhouse on Lowell Avenue on Monday. With him is club operations director Junior Cueva. 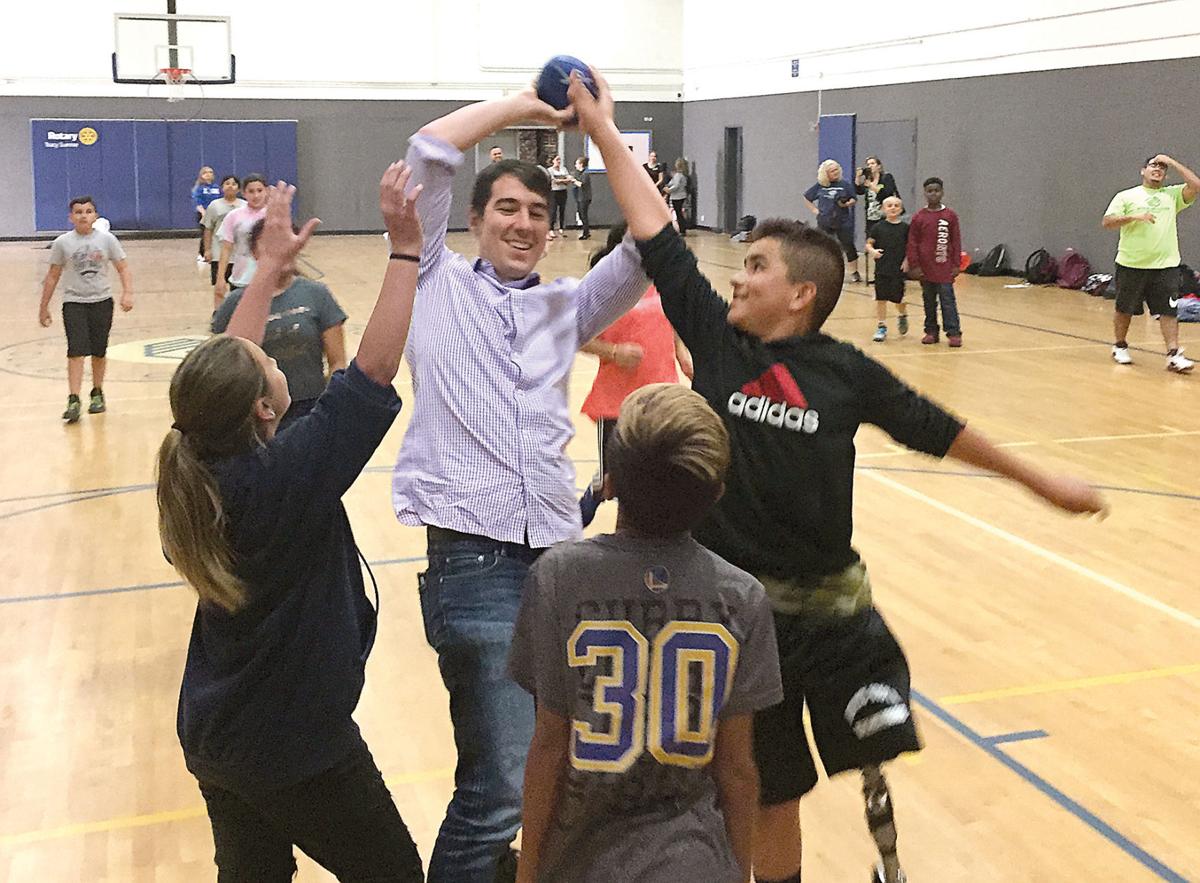 Rep. Josh Harder (center) joins in a game of modified team handball during his visit to the Richard O. Hastie Clubhouse on Lowell Avenue on Monday. 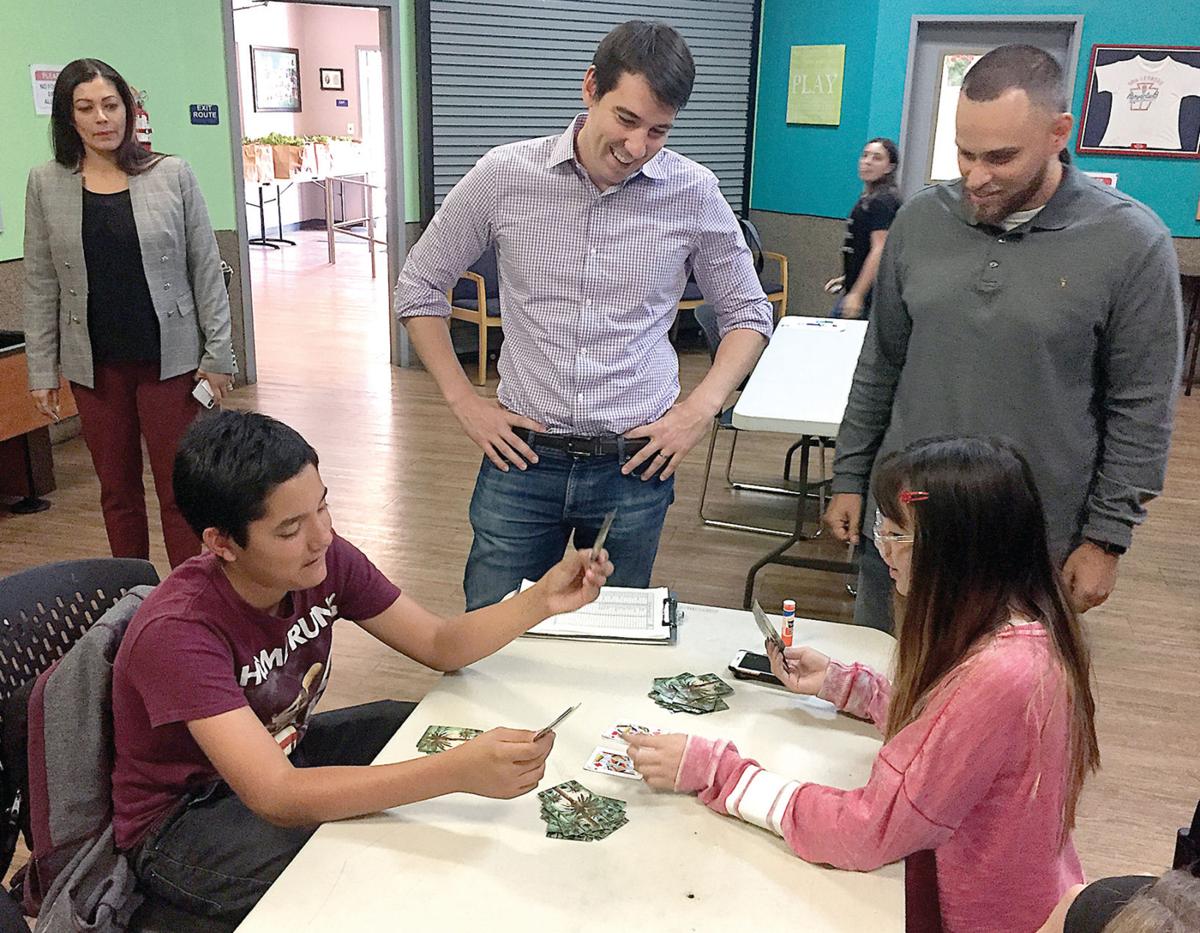 Rep. Josh Harder (center) visits some of the kids at the Richard O. Hastie Clubhouse on Lowell Avenue on Monday. With him are Boys & Girls Clubs of Tracy board chair Param Gill (left) and club operations director Junior Cueva.

Rep. Josh Harder (center) visits some of the kids at the Richard O. Hastie Clubhouse on Lowell Avenue on Monday. With him is club operations director Junior Cueva.

Rep. Josh Harder (center) joins in a game of modified team handball during his visit to the Richard O. Hastie Clubhouse on Lowell Avenue on Monday.

Rep. Josh Harder (center) visits some of the kids at the Richard O. Hastie Clubhouse on Lowell Avenue on Monday. With him are Boys & Girls Clubs of Tracy board chair Param Gill (left) and club operations director Junior Cueva.

More than a year after the Tracy Boys & Girls Clubs lost a large annual federal grant, the club leaders are hopeful that a new source of federal funding is on the horizon.

Harder teamed up with Republican Rep. Brian Fitzpatrick of Pennsylvania to draft the legislation, which they expect to introduce in the U.S. House of Representatives within the next week.

Harder said the bill was an effort to support after-school programs that emphasize workplace readiness for teens. He named the Boys & Girls Clubs as a good example of a program that could put grant money from the bill to good use.

“We need to get jobs into the valley, and one of the best ways to do that is making sure we have good after-school programs that can teach the sort of skills that folks are going to need when they enter the workforce,” Harder said Monday during his visit to the club on Lowell Avenue.

During a meeting with Harder and the club’s management staff, Wilson told the congressman that the Tracy club could easily accommodate the type of training the Youth Workforce Readiness Act envisions.

“Having a program where we have a staff that can invest the time in the kids, where we can really get out in the community and leverage our partnerships in the business community to come in and help in terms of training the kids, I just think there’s a lot we can do around that, modeling it after our ‘Career Launch’ program,” Wilson told Harder. “How do you communicate? How do you fill out a resume? How do you get those interview skills? The soft skills are things we can work into all of our programs.”

She said it wouldn’t be hard to find teens who could benefit.

“At this point, our program kind of ends after eighth grade,” she said. “We have high school volunteers that come in. We have high school interns from Millennium High School, but we don’t have a full-fledged teen program from ninth to 12th grade.”

Boys & Girls Club board chair Param Gill said the challenge with any new program is finding the money to pay club staff and hire specialists.

“There is so much opportunity here, and we know that the kids actually need this program,” she said. “We know we need something for teenagers specifically, and we have the right know-how to provide it. It’s the money that we’re trying to find.”

The club raises about $2 million each year for its after-school program, which serves about 800 youths at seven clubhouses around town, mostly through benefits like the club’s auction and gala this Saturday night, “An Evening at the Casino,” at the River Mill in Lathrop, and the Keena Turner Golf Tournament in June.

An Evening at the Casino Gala

Up until mid-2018, the U.S. Department of Education’s 21st Century Community Learning Centers Program also provided about $500,000 to the local club, but the club did not receive that highly competitive grant last year or this year.

Harder said the amount of money that the new legislation could provide is still under negotiation with the U.S. Senate. He said that having a Democrat and a Republican co-author the bill was the best way to ensure it would get widespread bipartisan support.

“In Tracy, it’s the predominant after-school program, but any program across the country that does after-school activities would be eligible,” Harder said. “An area like Tracy would be one of the biggest beneficiaries of a program like that, given the need for workforce development programs, and given the existence of a strong after-school opportunity like the Boys & Girls Club.”

The Boys and Girls Clubs of Tracy announced the loss of almost half a million dollars in grant money that may limit the number of kids they can serve.