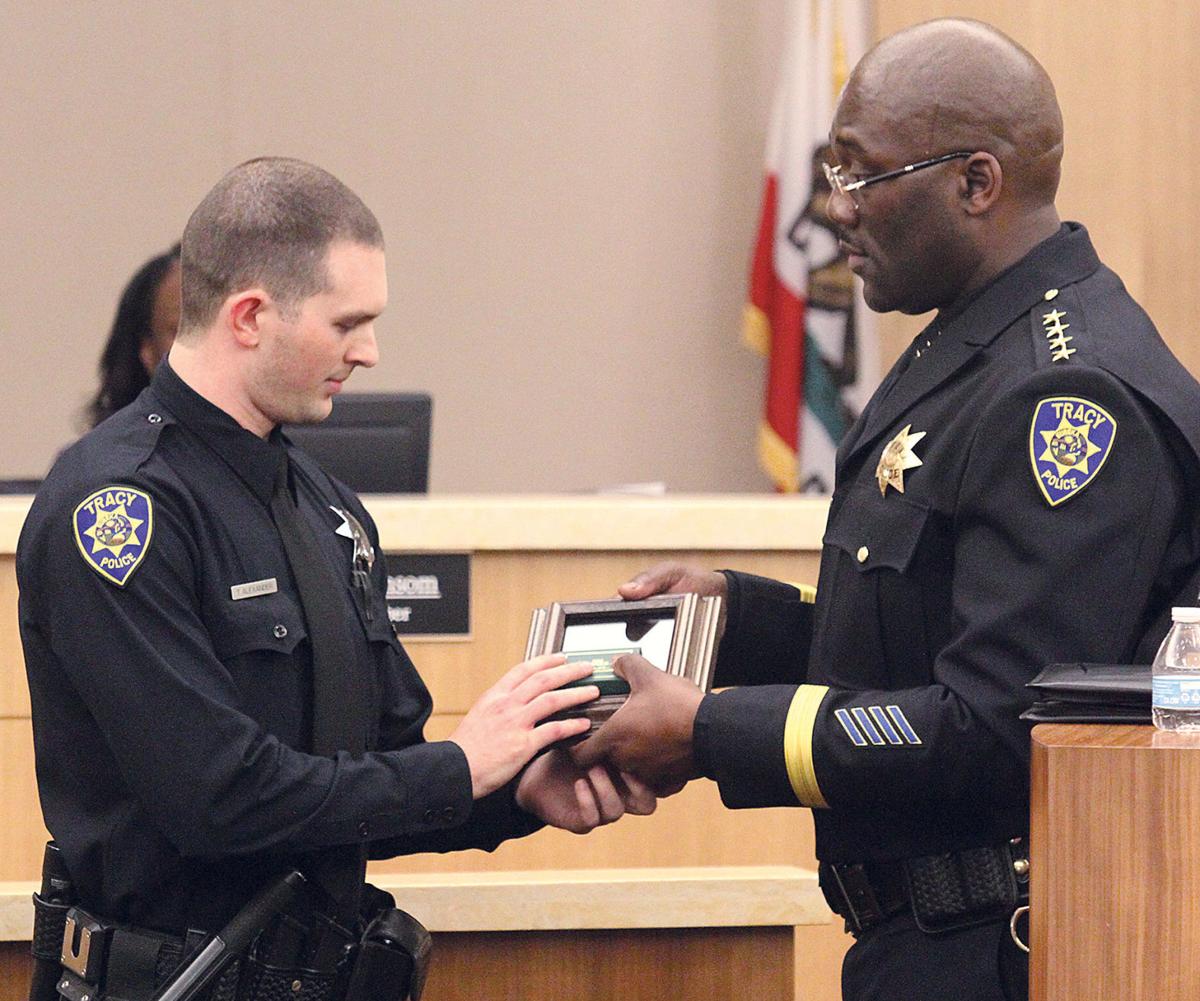 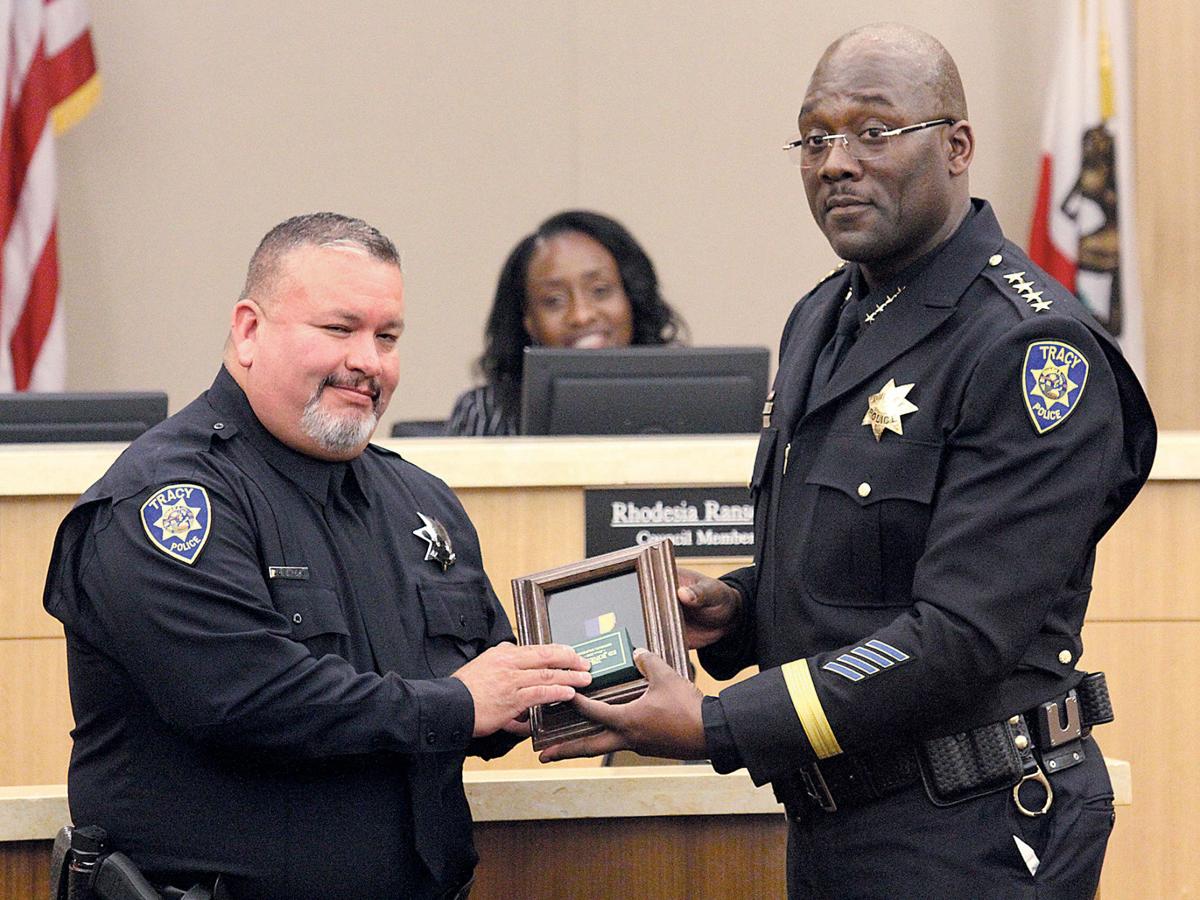 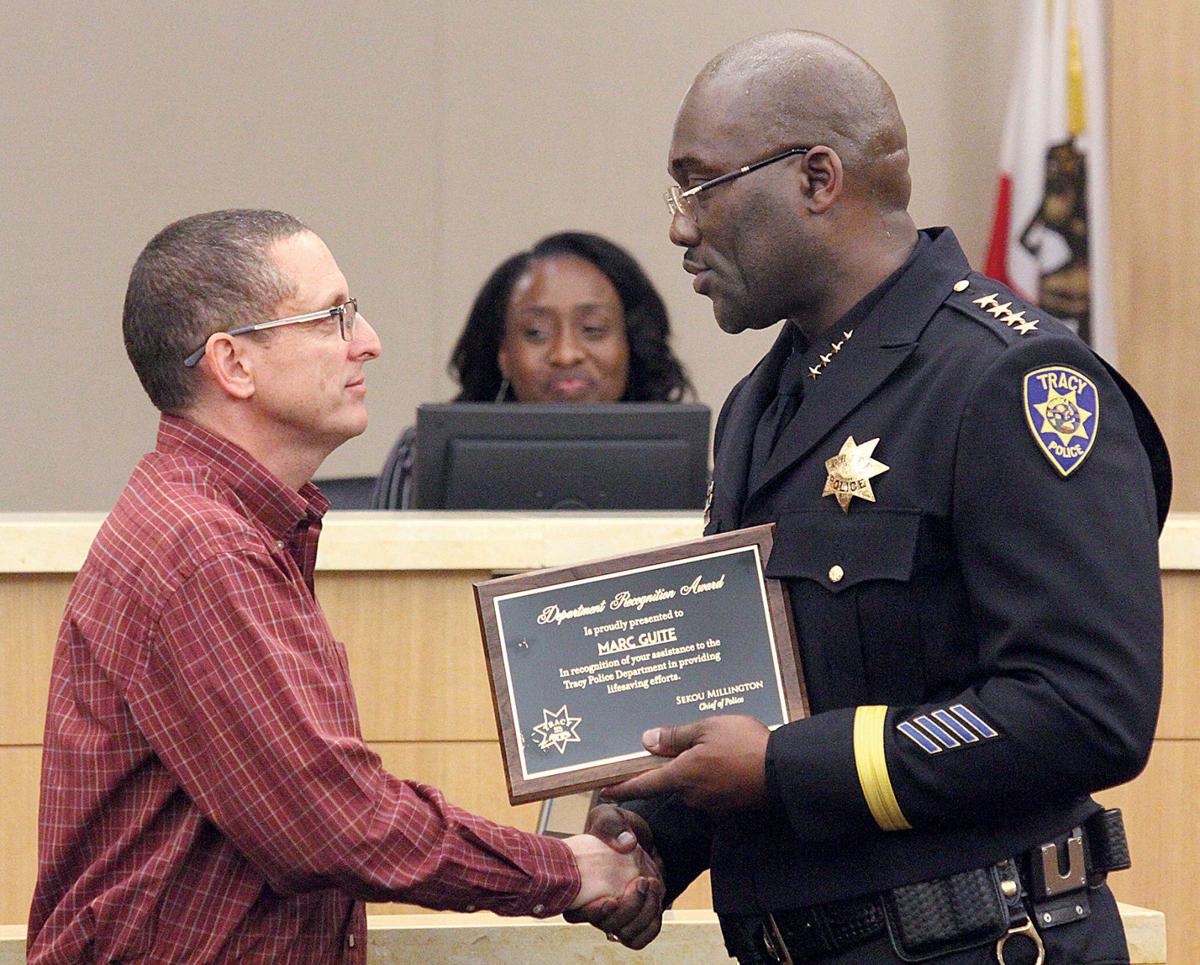 Chief Sekou Millington first read a report describing how Officer Travis Alexander, who had been working the graveyard shift in the early morning hours of Aug. 16, responded to an attempted suicide call at 5:49 a.m. from Motel 6, 3810 N. Tracy Blvd.

The motel manager reported that a woman in one of the rooms had called the motel office “and said she had cut her own wrist and that there was blood everywhere in the room,” Millington said.

Police dispatchers tried calling the room, but the phone was apparently off the hook. Alexander was the first officer to arrive. He saw broken glass on the ground in front of the room and banged on the door. The woman finally opened the door, but then collapsed backward onto the bed.

“The woman was bleeding profusely from multiple horizontal cuts on the wrists. A large amount of blood was soaked into the bed,” Millington said, adding that Alexander called for an ambulance and then applied a tourniquet to the woman’s left arm and applied direct pressure to her right arm.

“The emergency room physician at the hospital reported that the woman likely would have died without the application of the tourniquet and the expedient work of Officer Alexander,” Millington said.

Mejia was also honored with the award, but was not present at Tuesday’s council meeting

The other incident happened Oct. 21 during the day shift. At 1:07 p.m., dispatchers got a report of a white Toyota pickup that had crashed into a fire hydrant, shearing the hydrant from its base and creating a 30-foot jet of water.

Millington noted that Officer Charles Baker was on another call, but he was closest to the scene so he rushed over. When he arrived, he found the truck underneath the surging water.

Meanwhile, Mark Guite, who said he used to be a lifeguard in Los Angeles, saw the crash and jumped into the truck to see if he could help the driver as water poured over them.

Millington said that Baker found the driver unresponsive but breathing, with Guite holding his head. When the man stopped breathing, Baker and Guite pulled him out of the truck and laid him on his back, and Baker started CPR on the man. The man had started breathing again by the time an ambulance and paramedics arrived, Millington said.