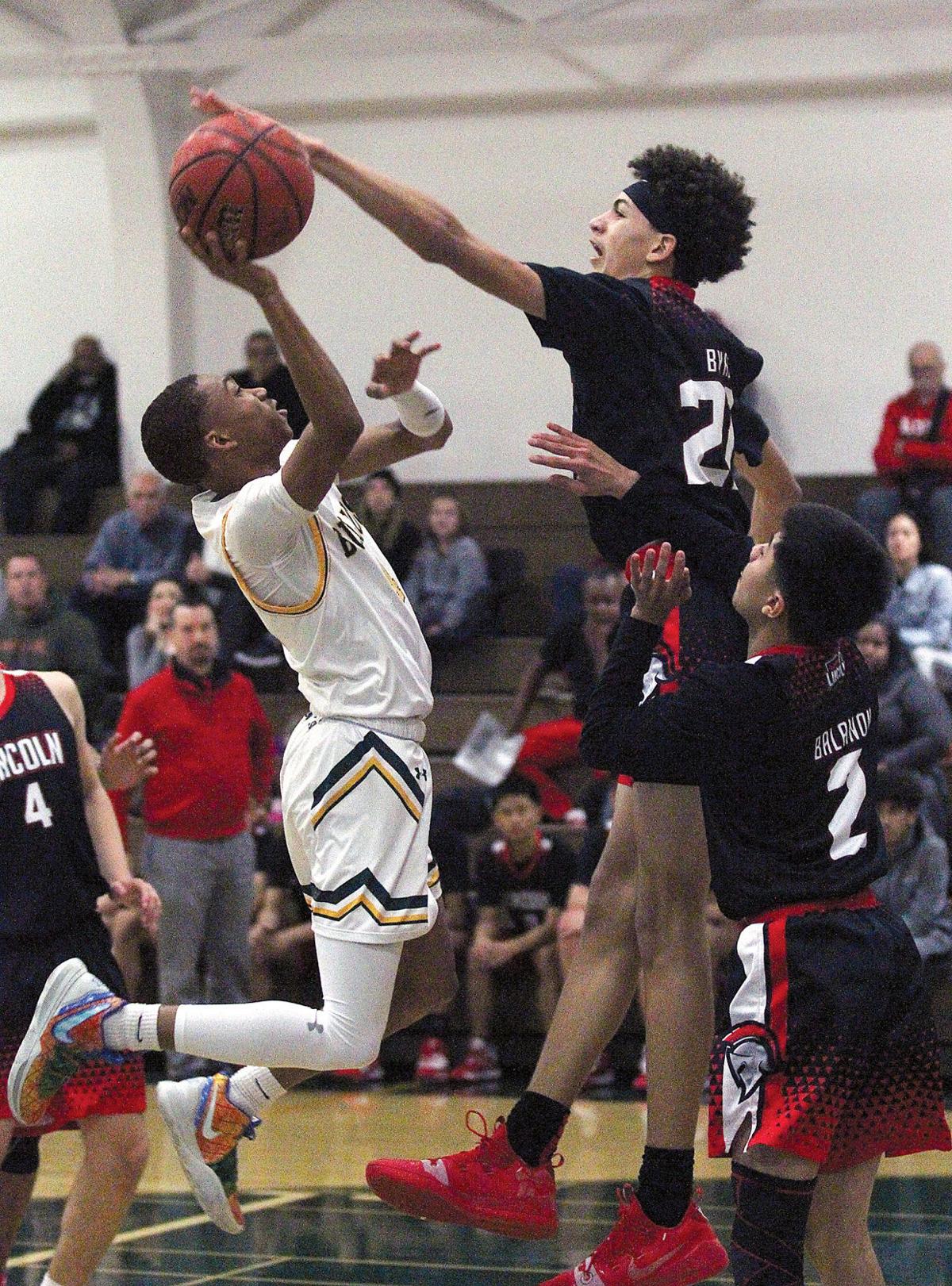 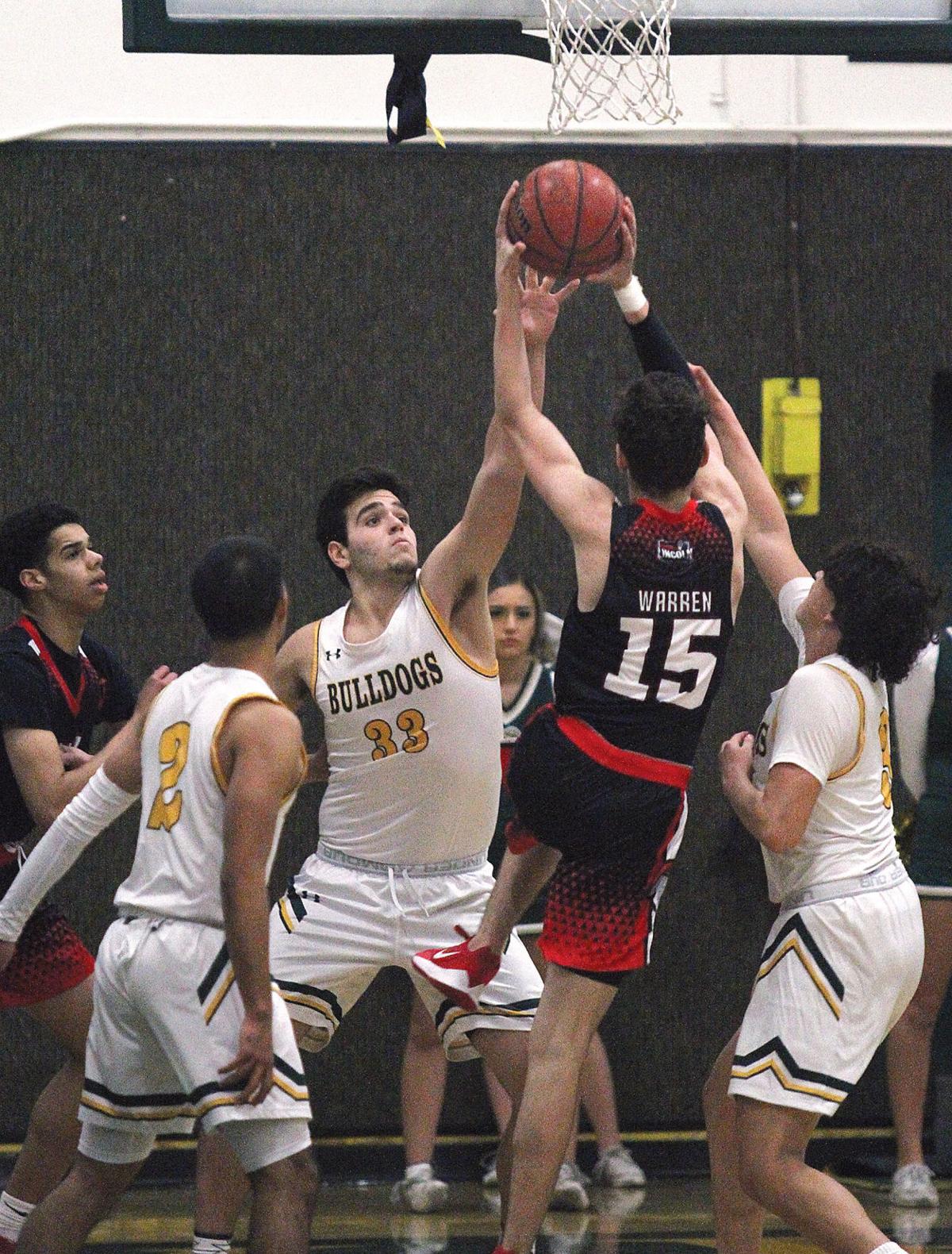 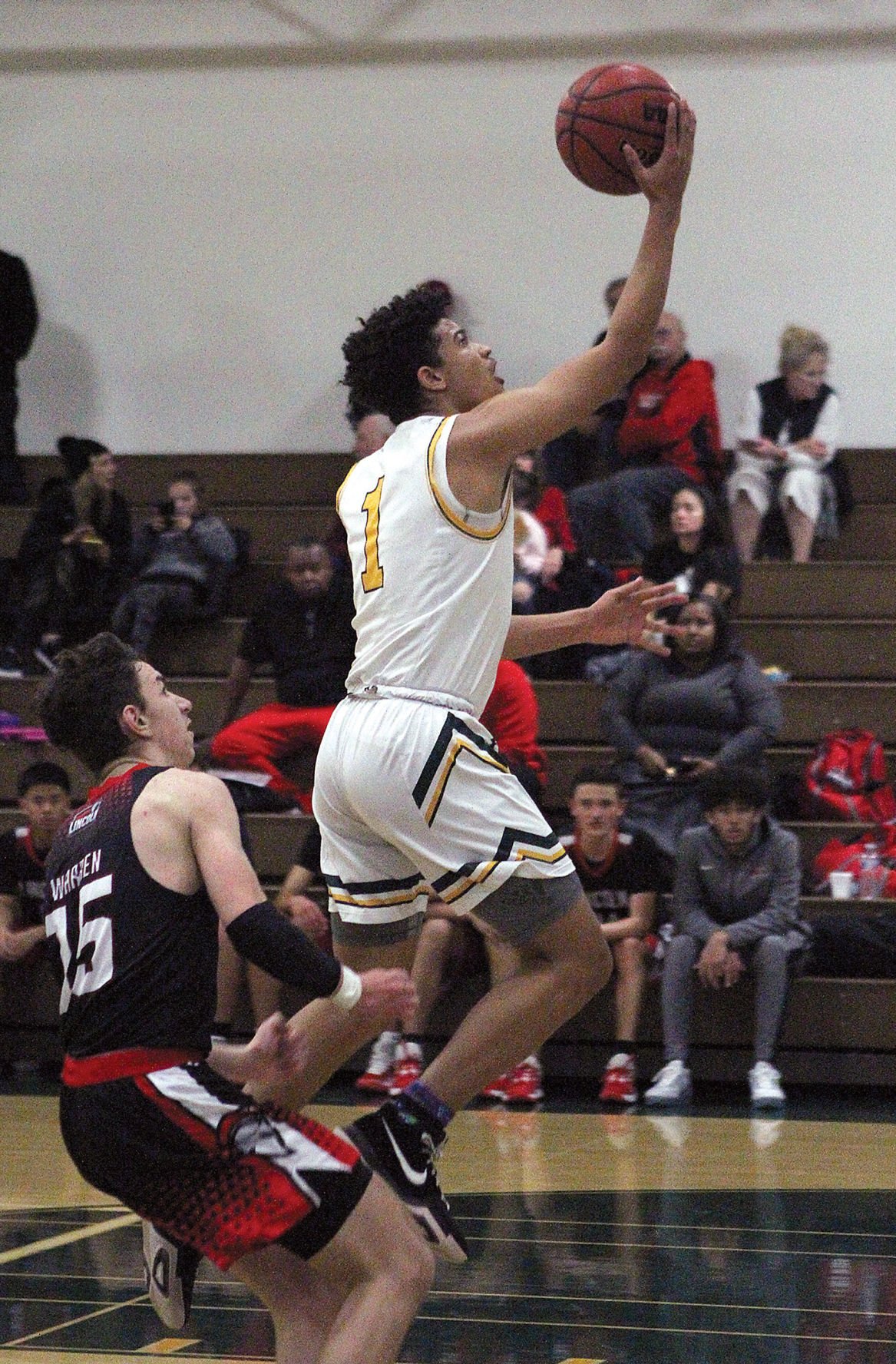 Tracy High senior Rasheed Asaf (left) loses control of the ball to a Lincoln player on the way to the basket Wednesday night at Tracy High. 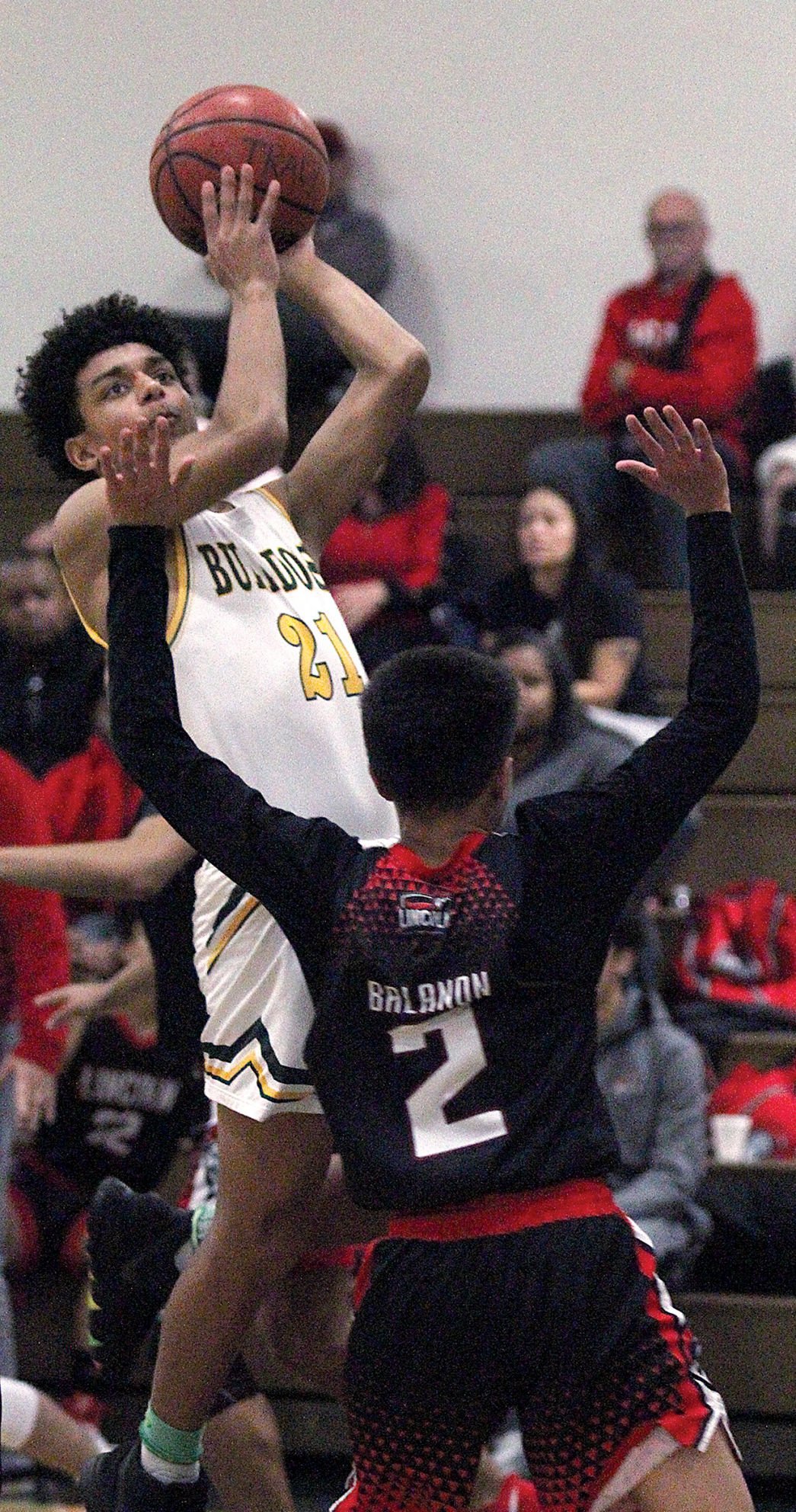 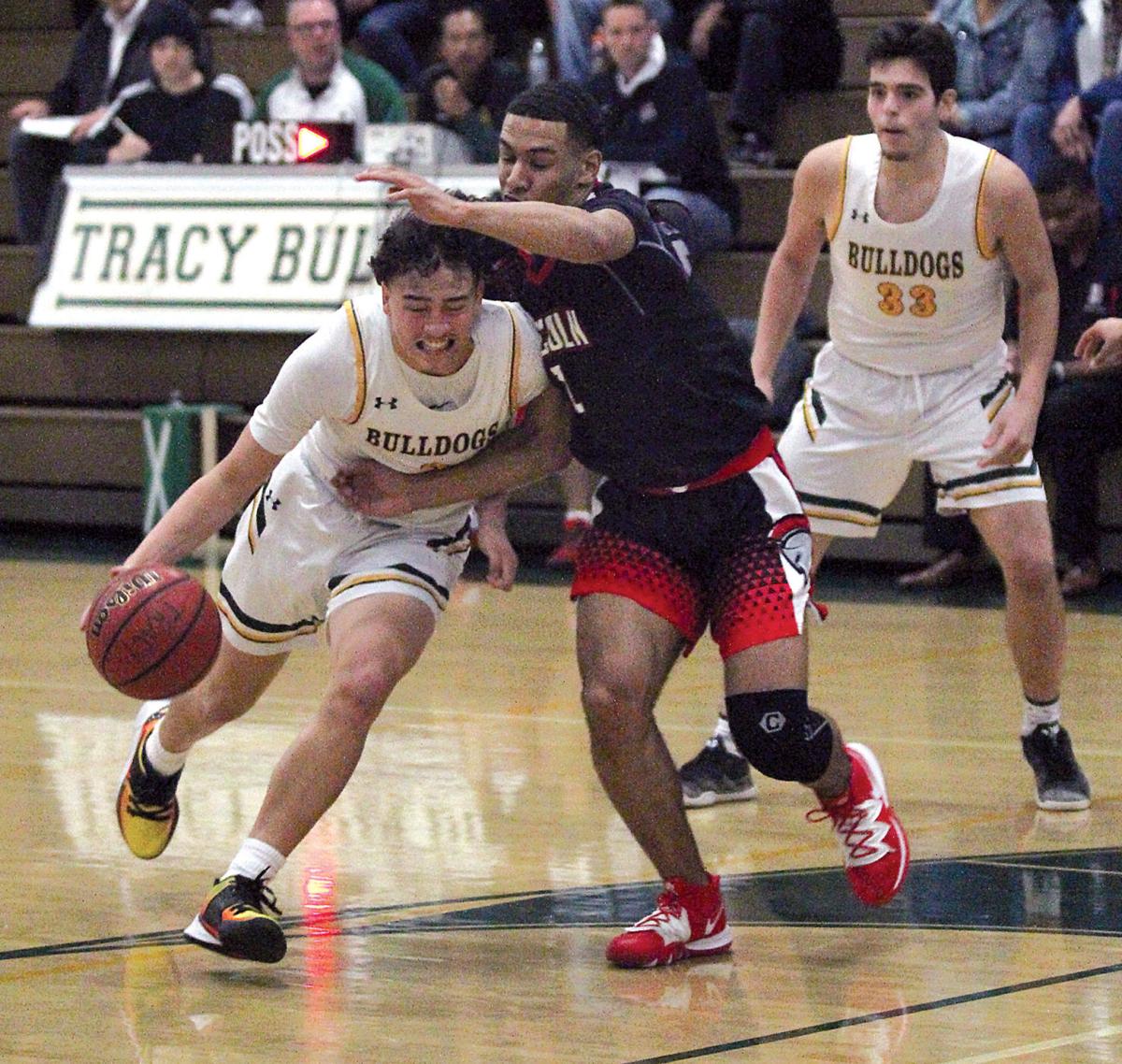 Tracy High junior Tommy Chavez (left) ducks around a Lincoln High player on the way to the basket Wednesday night at Tracy High. 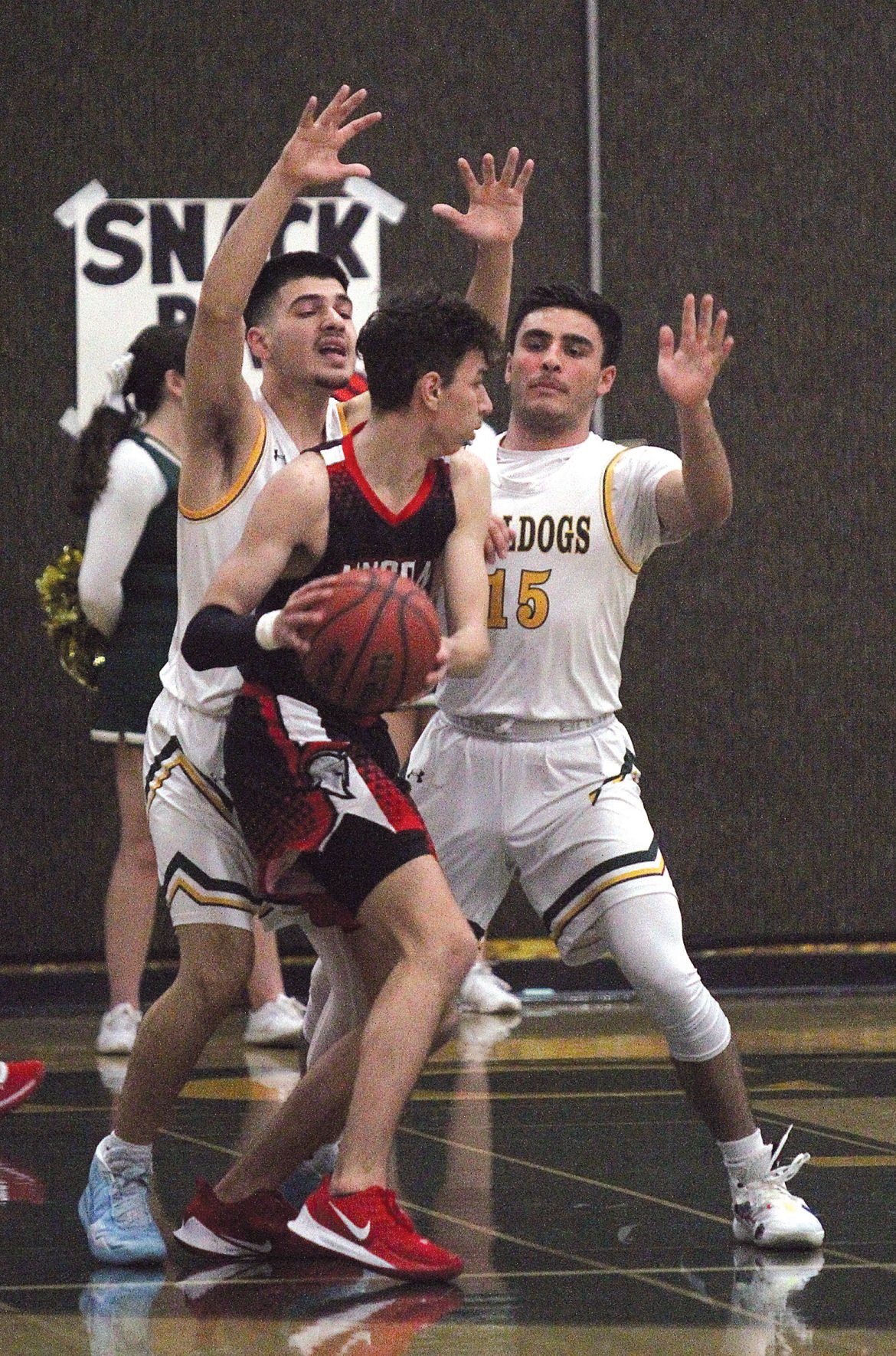 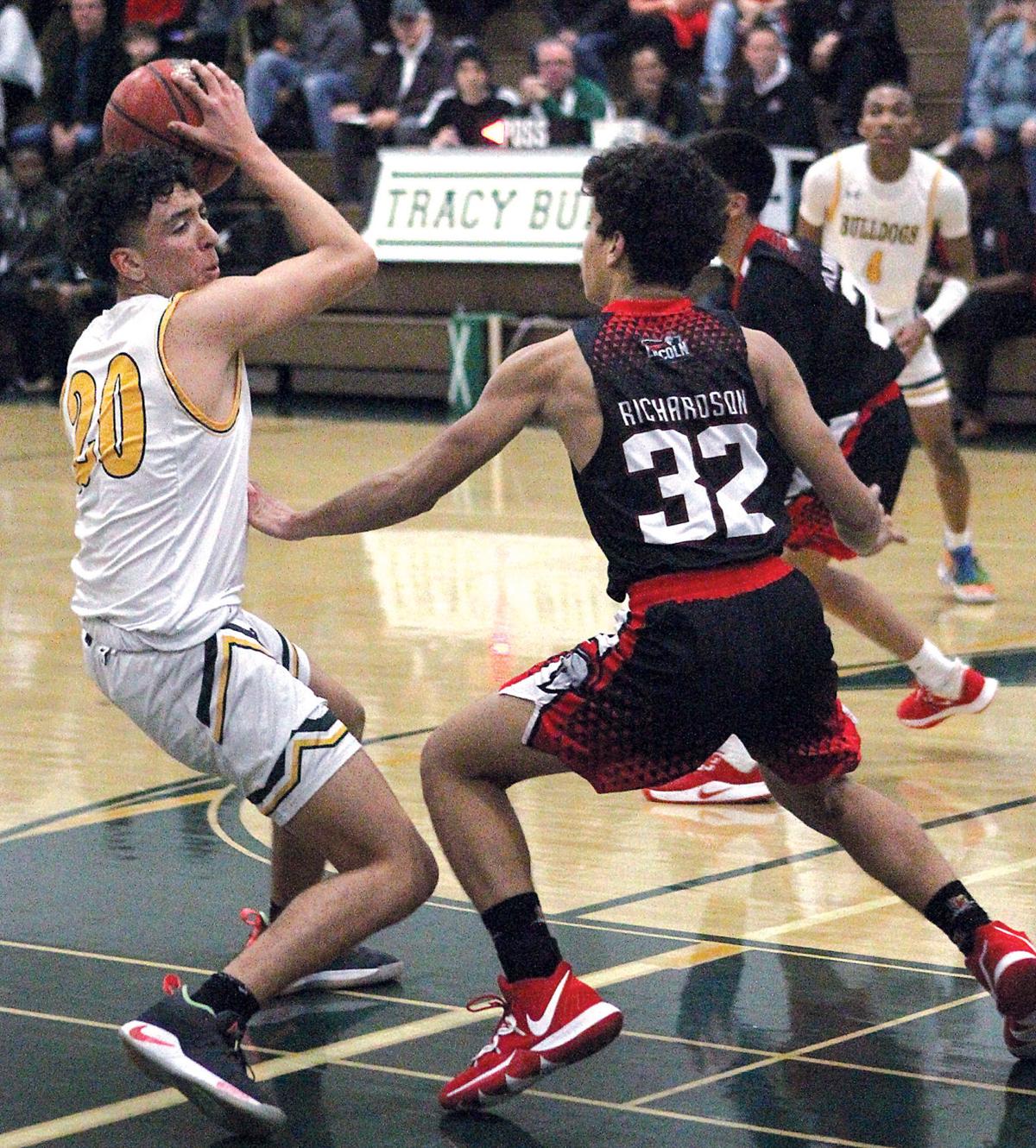 Tracy High senior Rasheed Asaf (left) loses control of the ball to a Lincoln player on the way to the basket Wednesday night at Tracy High.

Tracy High junior Tommy Chavez (left) ducks around a Lincoln High player on the way to the basket Wednesday night at Tracy High.

The Tracy High boys started the first quarter in a competitive contest with the visiting Lincoln Trojans on Wednesday in Bill Swenson Gymnasium, but could not hold up against Lincoln’s fast-paced offense and smothering defense.

By the end of the first quarter, the game had gotten away from the Bulldogs (6-4, 1-1 Tri-City Athletic League). In the second quarter, a series of unforced turnovers allowed the Trojans (14-2, 1-1 TCAL) to set a pace that doubled Tracy’s offensive output for most of the game, giving Lincoln the 87-54 win.

“They pressured our guards and we just forgot about everything we’ve worked on for the past week and a half,” Tracy coach Junior Cueva said. “They just smelled blood and they knew that our guards weren’t going to come to play today, so they attacked us. They should have. We would have done the same thing.”

Tracy overcame an early deficit and took a 9-8 lead with a 3-point shot from senior Sean Johnson before Lincoln went on a 14-2 scoring run that led into the second quarter. Johnson and senior J’den Smith hit shots that seemed as if they might get Tracy close again, but the Lincoln defense was all over the Bulldog offense to take advantage of errant passes and turn them into scoring opportunities.

By the end of the first half, the Trojans were up 43-22, and by midway through the third quarter, the Bulldogs’ starters — including senior center Daniel Spencer, one of Tracy’s leading scorers in the first half — were getting into foul trouble.

Even when the Bulldog defense denied the Trojans their lanes to the inside, the Lincoln shooters were on target from outside of the arc, hitting 10 3-point shots for the night.

Rasheed Asaf was Tracy’s scoring leader with 16 points, all in the second half, and Johnson and Spencer scored 7 points each, all in the first half.

The Trojans spread the ball around, with 12 of the 13 players on the Lincoln roster scoring. Senior D.J. Balanon scored 14 points for Lincoln, including four 3-pointers, and sophomore Albert Gonzalez scored 13 points, including three 3’s.

The Mountain House boys logged another win in Western Athletic Conference play with a 52-26 victory at home over Los Banos High.

The Wolf Pack boys gave Modesto Christian an early scare in their first Tri-City Athletic League game of the season Wednesday in Modesto.

With steals from senior John Paul Pataugue and double-teaming by junior David Ross and David Neal Hickman, the Wolf Pack (7-9, 0-1 TCAL) held the Crusaders (8-5, 2-0 TCAL) to an 11-10 first-quarter lead.

Modesto Christian took control in the second quarter, sinking a high percentage of 3-point shots, to take a 28-17 lead at the half, but West stayed competitive with aggressive guard play by junior Parmeet Gill and seniors Everett Conner and T.J. Williams and help in the paint from junior Simeon Sims and senior Ajay Bal.

West coach Scott von Stade said it was a strong effort against a local powerhouse. He predicted that fewer turnovers and stronger finishes would lead to a different outcome next time.

The Bulldogs got an early jump on the Lodi Flames at Lodi on Monday, taking a 16-6 first-quarter lead, though the Flames would cut that lead to 24-21 at the half. Tracy pulled ahead in the third quarter on the way to a 56-47 win.