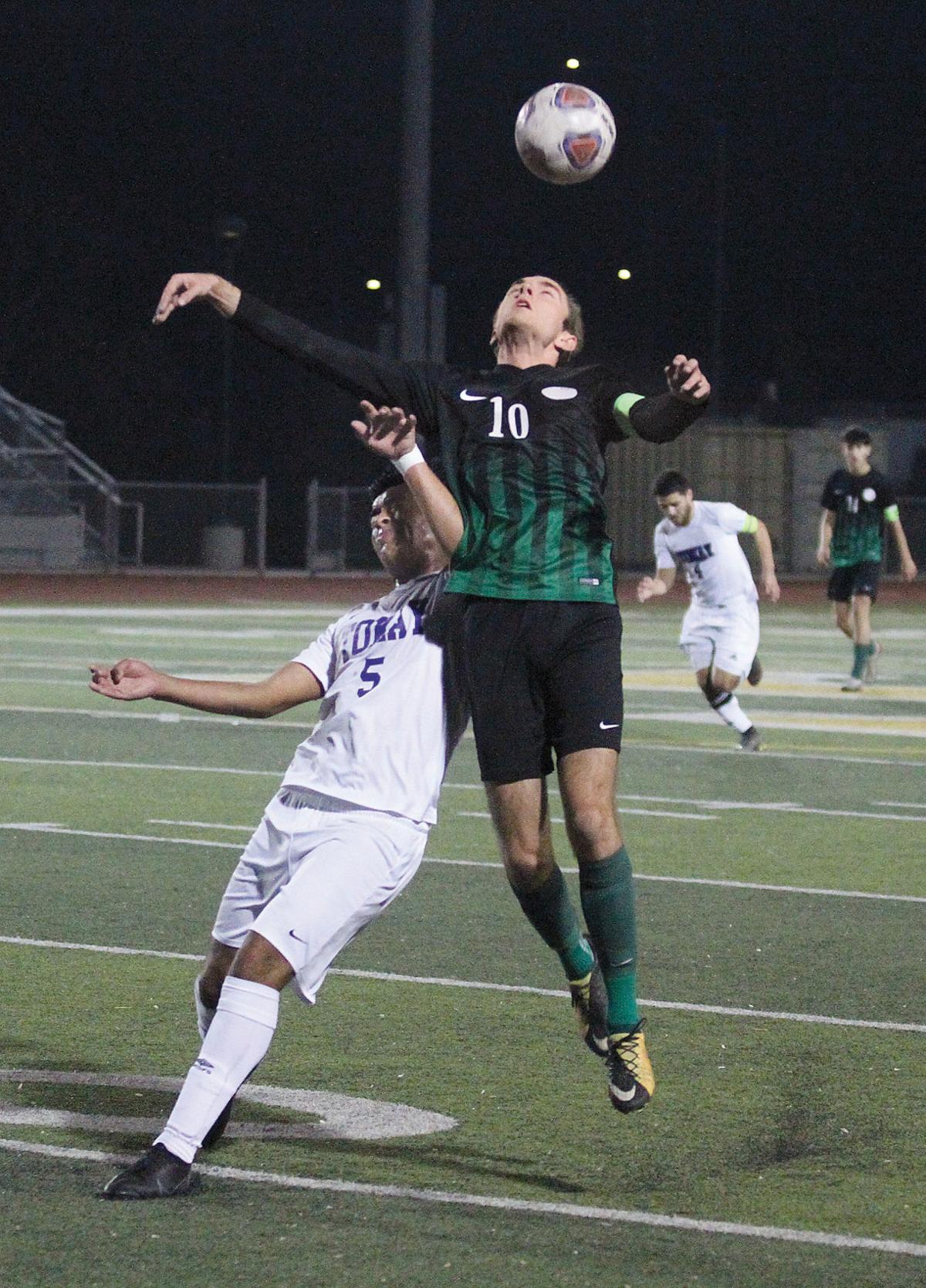 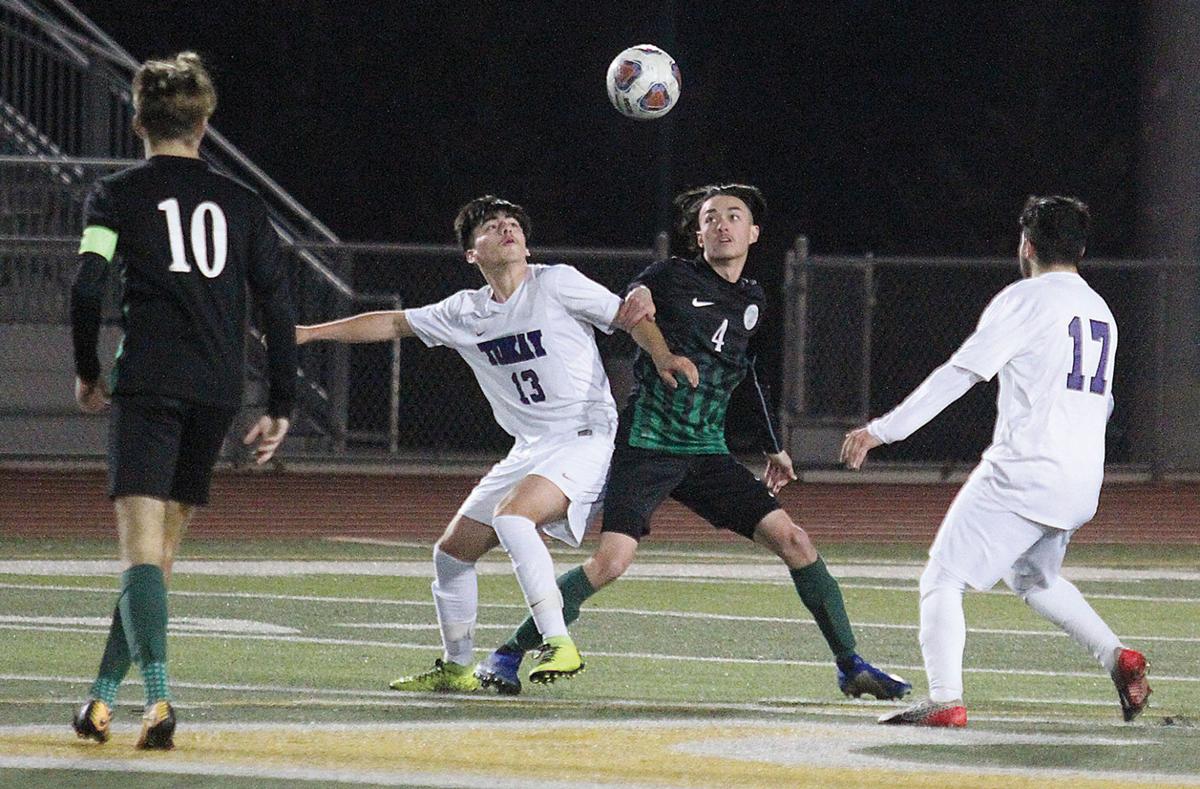 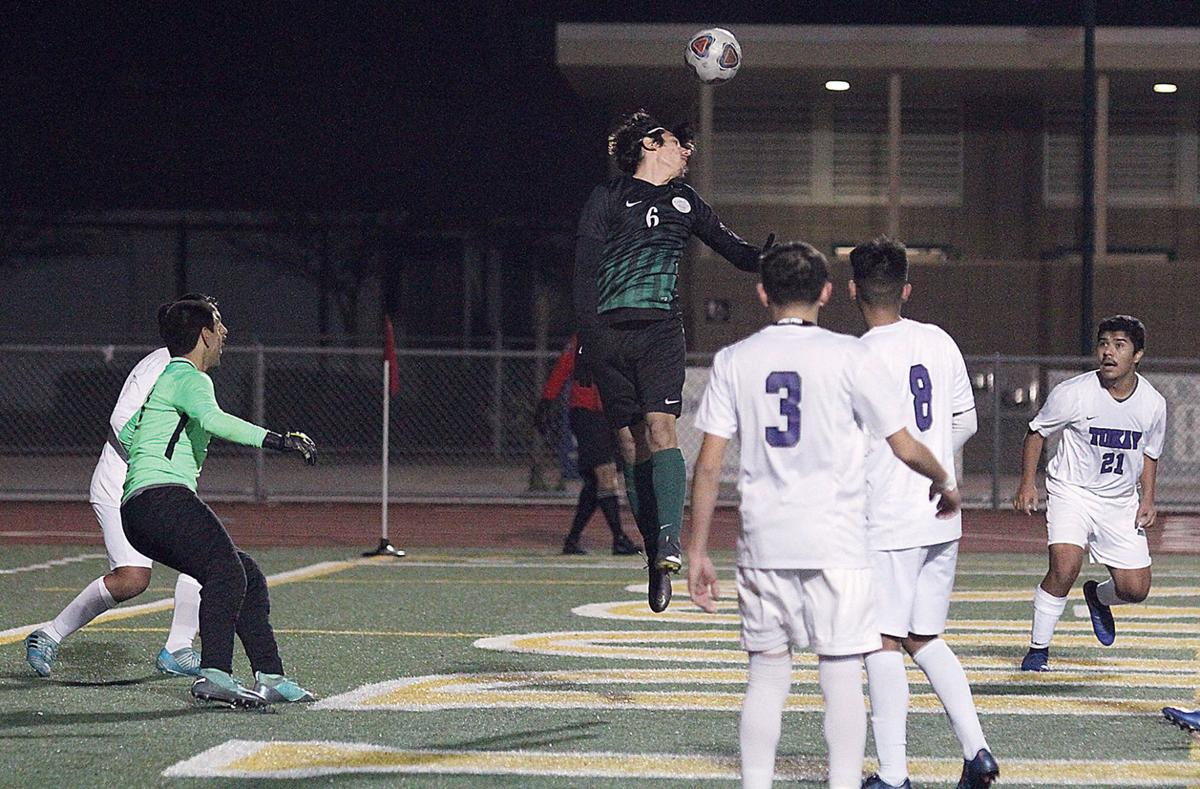 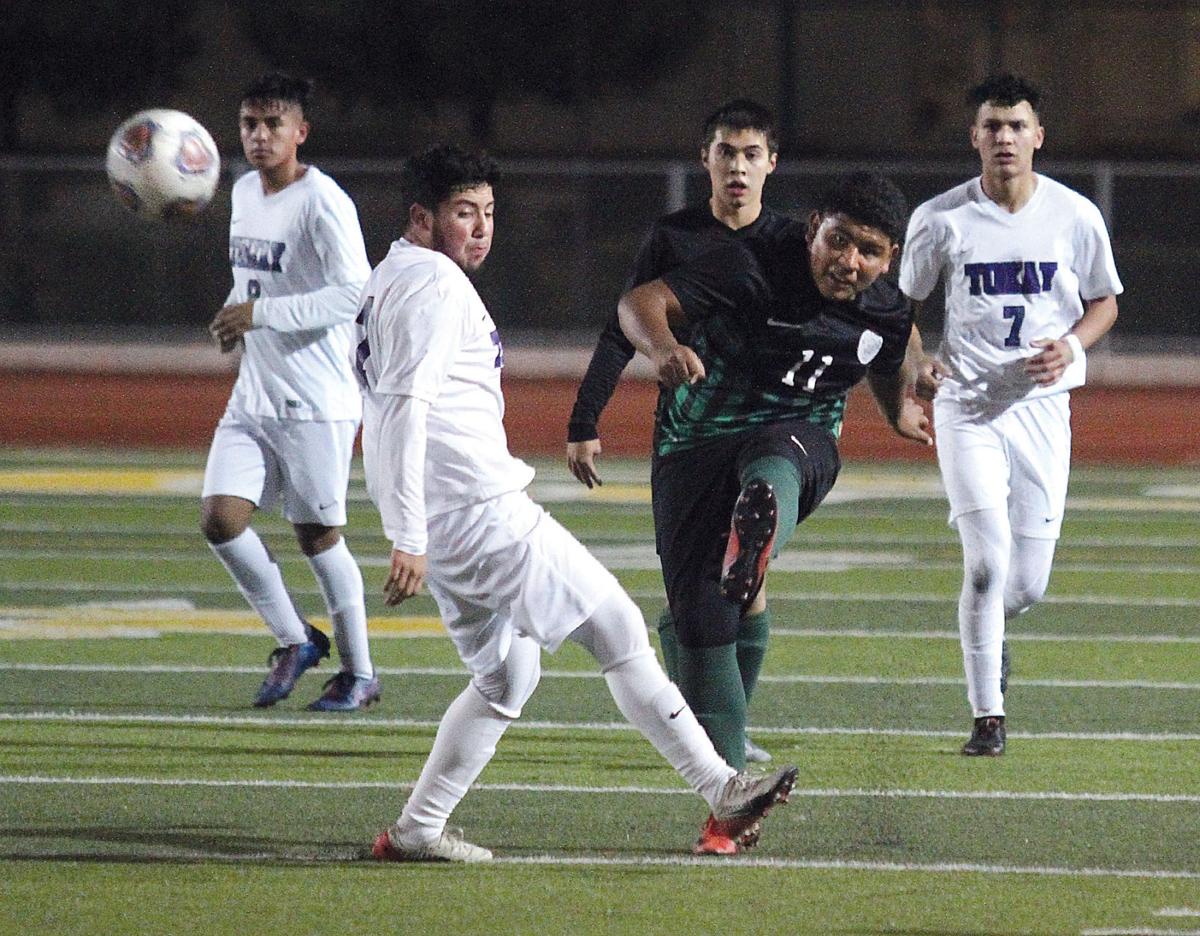 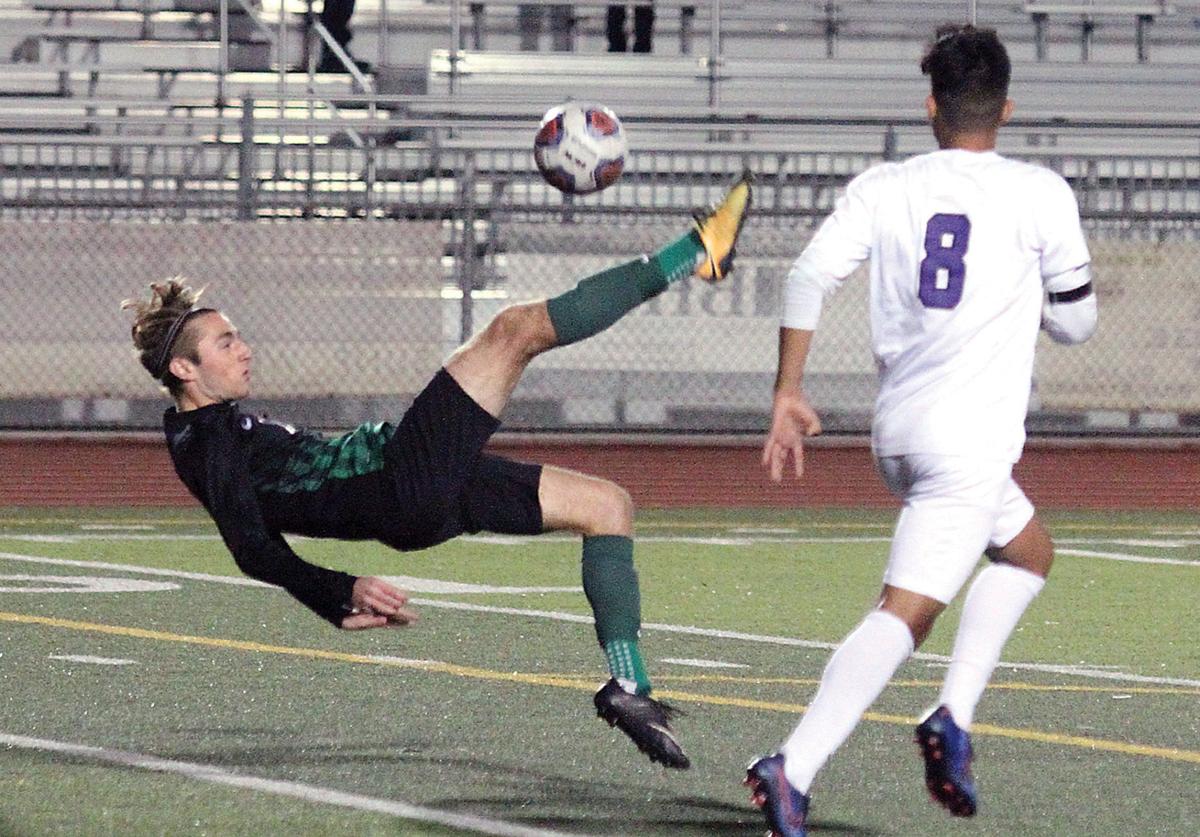 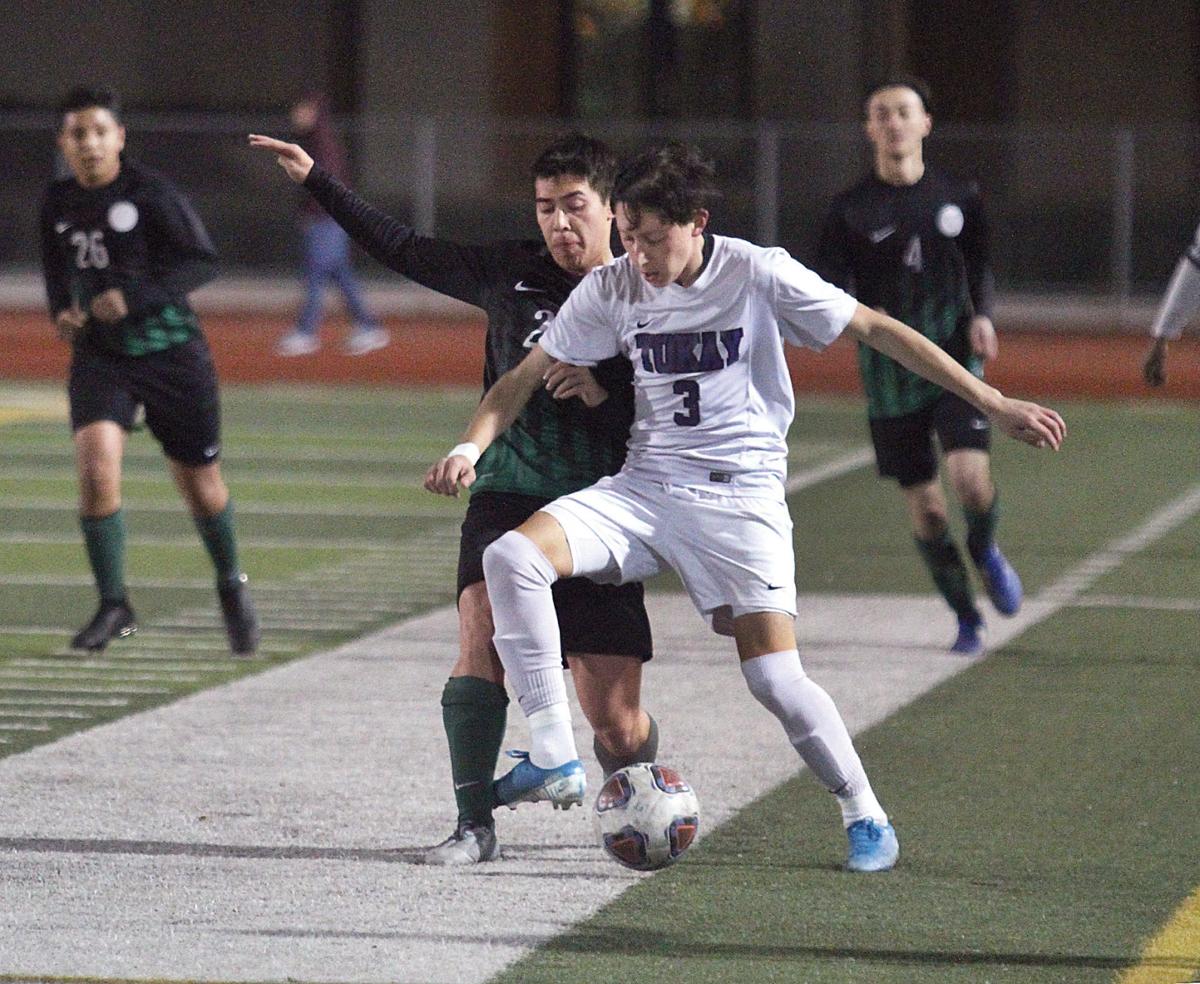 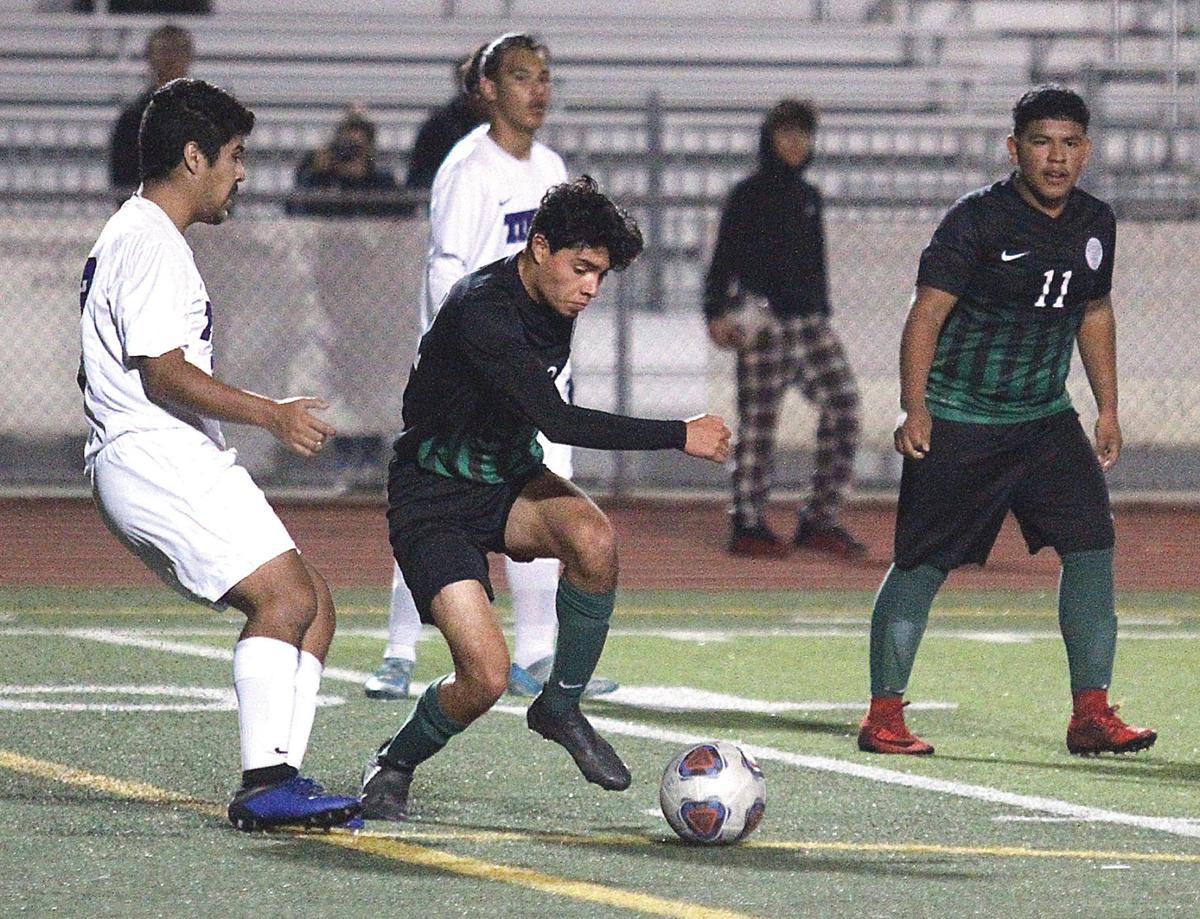 The Tracy High boys soccer team held the advantage over the visiting Tokay Tigers for most of Friday’s Tri-City Athletic League game in Wayne Schneider Stadium, but late in the second half the Tigers scored two quick goals to finish the game with a 2-2 tie.

Both teams kept up persistent offensive drives early on, but they were also quick to get their defensive players in position to turn away attacks. When the teams scored, the goals came quickly.

Tokay had an early opportunity to score 10 minutes into the game with a cross from the right side and a shot from the left blocked by Tracy’s defenders. Senior John Yanez cleared the ball, and the Bulldogs quickly moved it up the field and scored when senior Mikel Conception passed the ball across the field to senior Jose Avalos, who fired it into the net.

Avalos said he saw Conception sprinting down the left side looking for the play, and at the same time he saw an opportunity to get clear before the Tokay defenders could cover him.

“Mikel saw me, he sent me the ball from across the field, and I just happened to get it,” Avalos said. “I cut back and shot with my left.”

Tokay kept up the pressure on Tracy’s defense, but Yanez, senior Josh Brachna and senior Matthew Giuliacci turned away Tokay’s attacks. Tracy senior goalkeeper Brendan Terry blocked four shots in the first half, including a close free kick right up the middle and a hard shot from the right in the final two minutes of the half.

The Bulldogs scored again in the 64th minute, this time when Avalos took a free kick from about 30 yards out on the left side. He fired the ball at the left side of the goal. The Tokay goalie got a hand on the ball but could not deflect it far enough and it went just inside the left post.

In the 71st minute, the Tigers scored when they launched a free kick from the left side to the front of the goal and knocked it in for the score. They scored again a minute later on the same type of shot, this time with a high arcing pass that landed in front of the goal where the Tigers made the shot to tie it up.

The Tigers kept up their attacks in the final minutes, including a couple more corner kicks, but the Bulldog defense protected the Tracy goal.

Avalos said that as disappointing as it was to lose the lead, a tie with the defending league champions was a respectable outcome.

“We can’t complain. Tokay is always good,” he said “Our team played a very good game, so everybody deserves credit.”