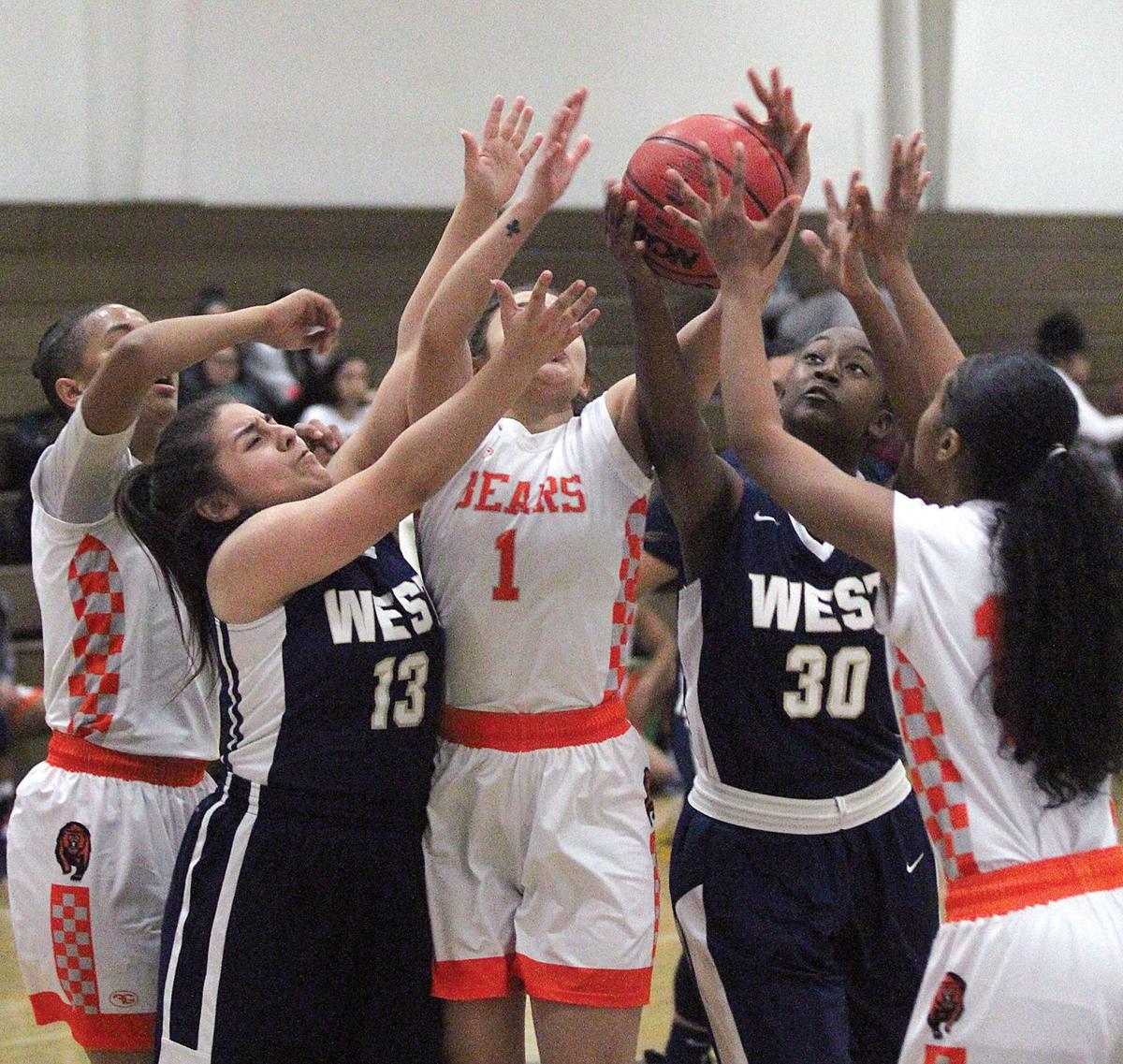 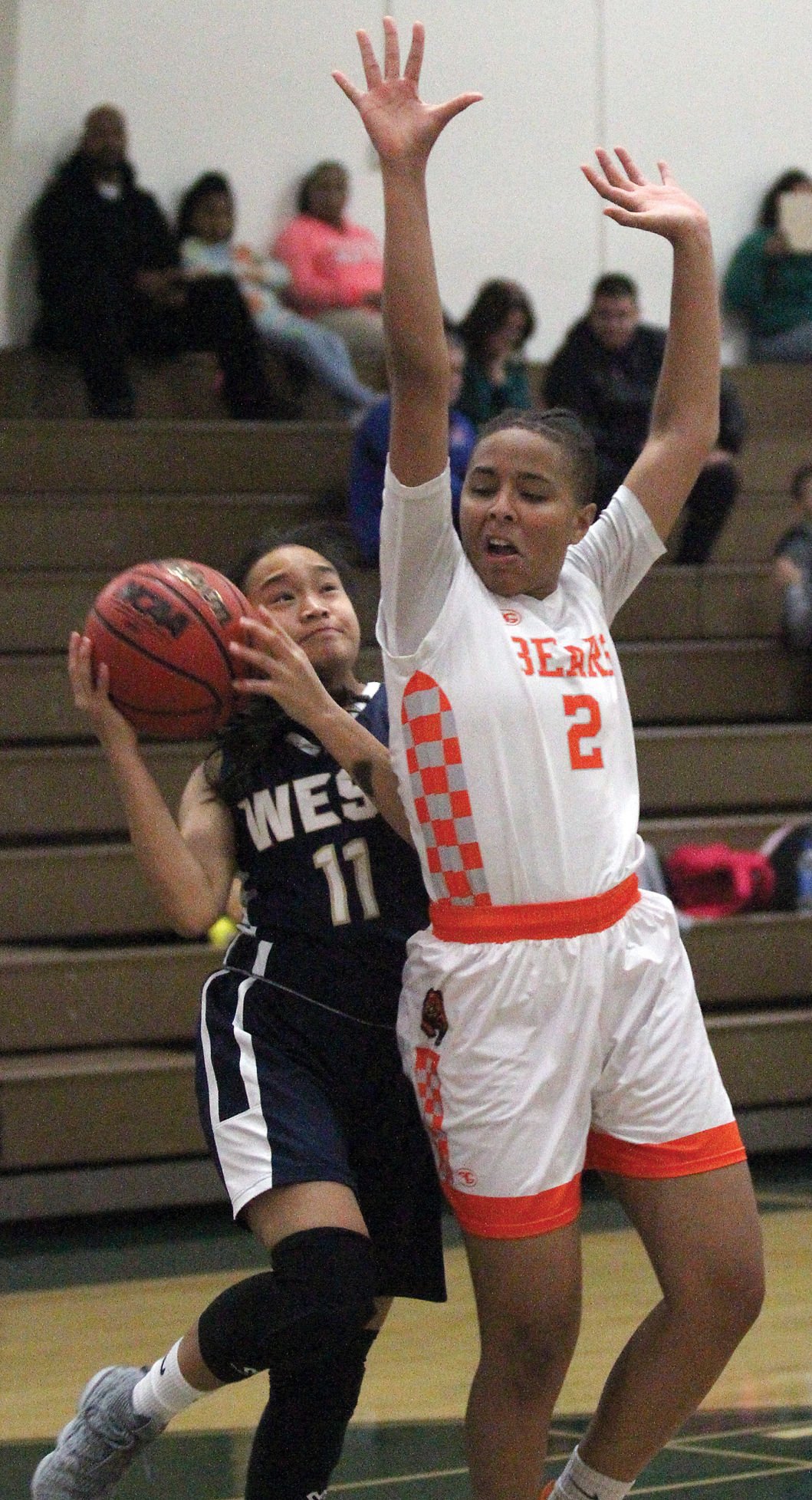 West High sophomore Ashley Chan (left) runs into a Merced High player on the way to the basket at the Tracy Breakfast Lions-Tom Hawkins basketball tournament Dec. 26 at Tracy High. 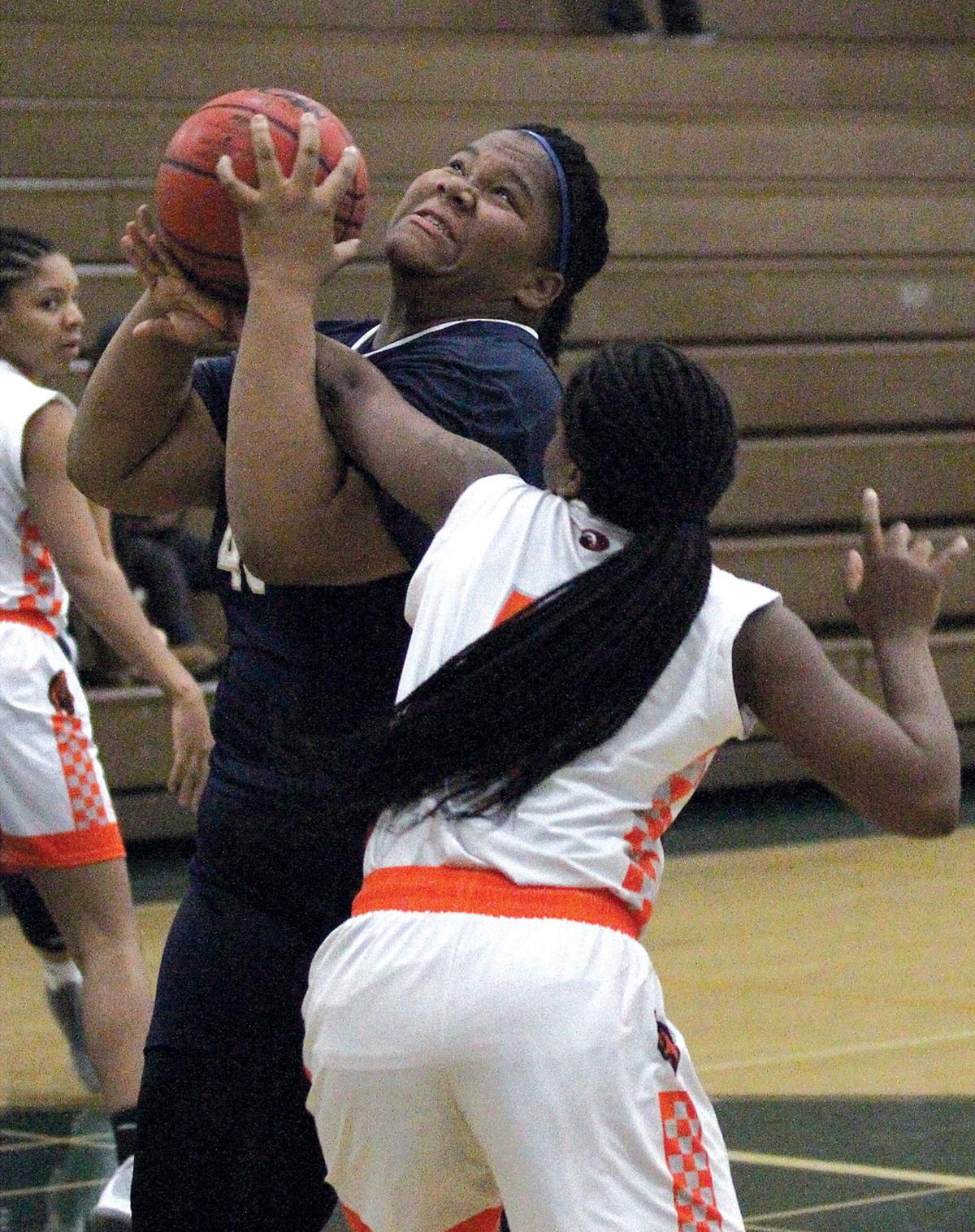 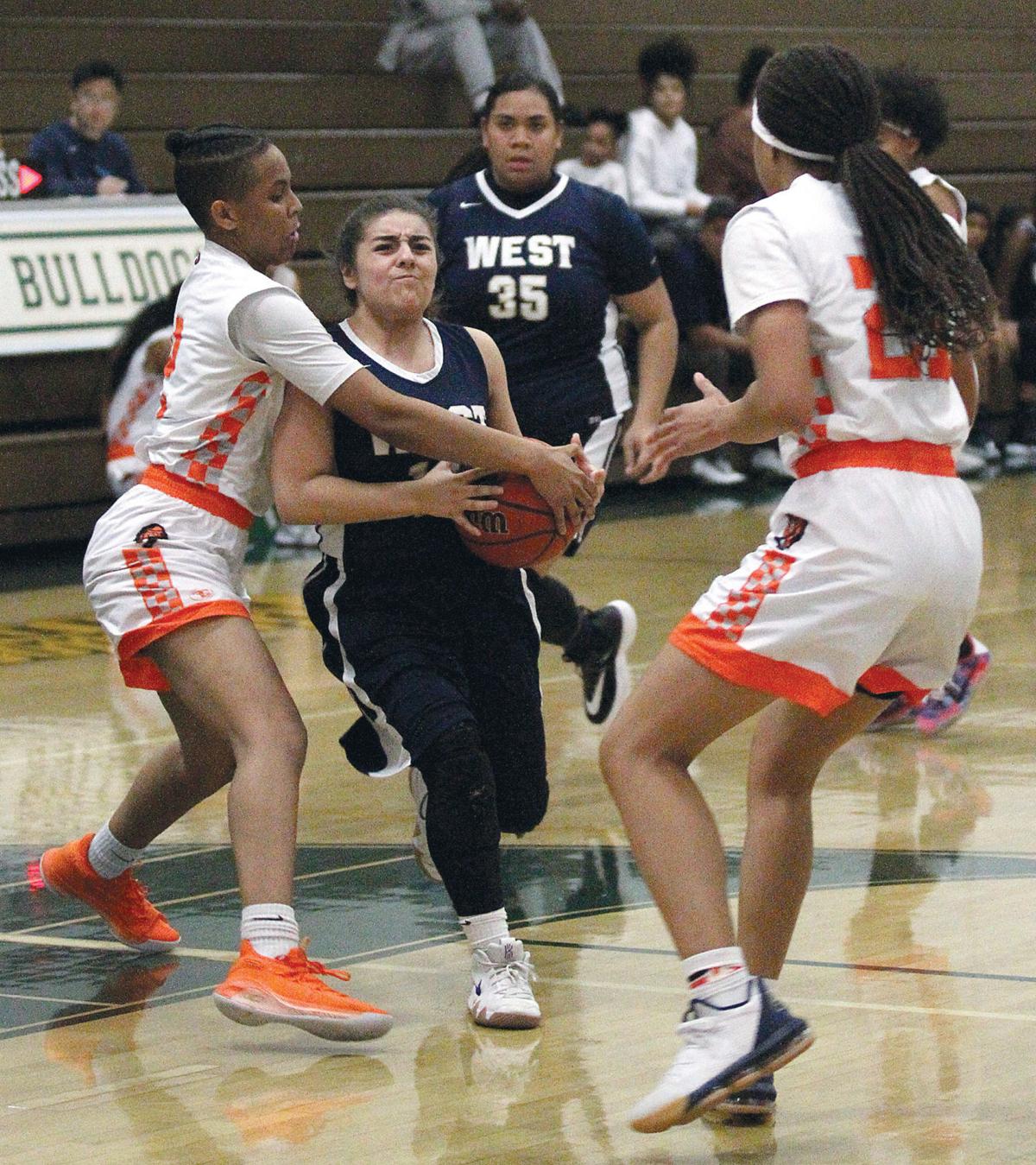 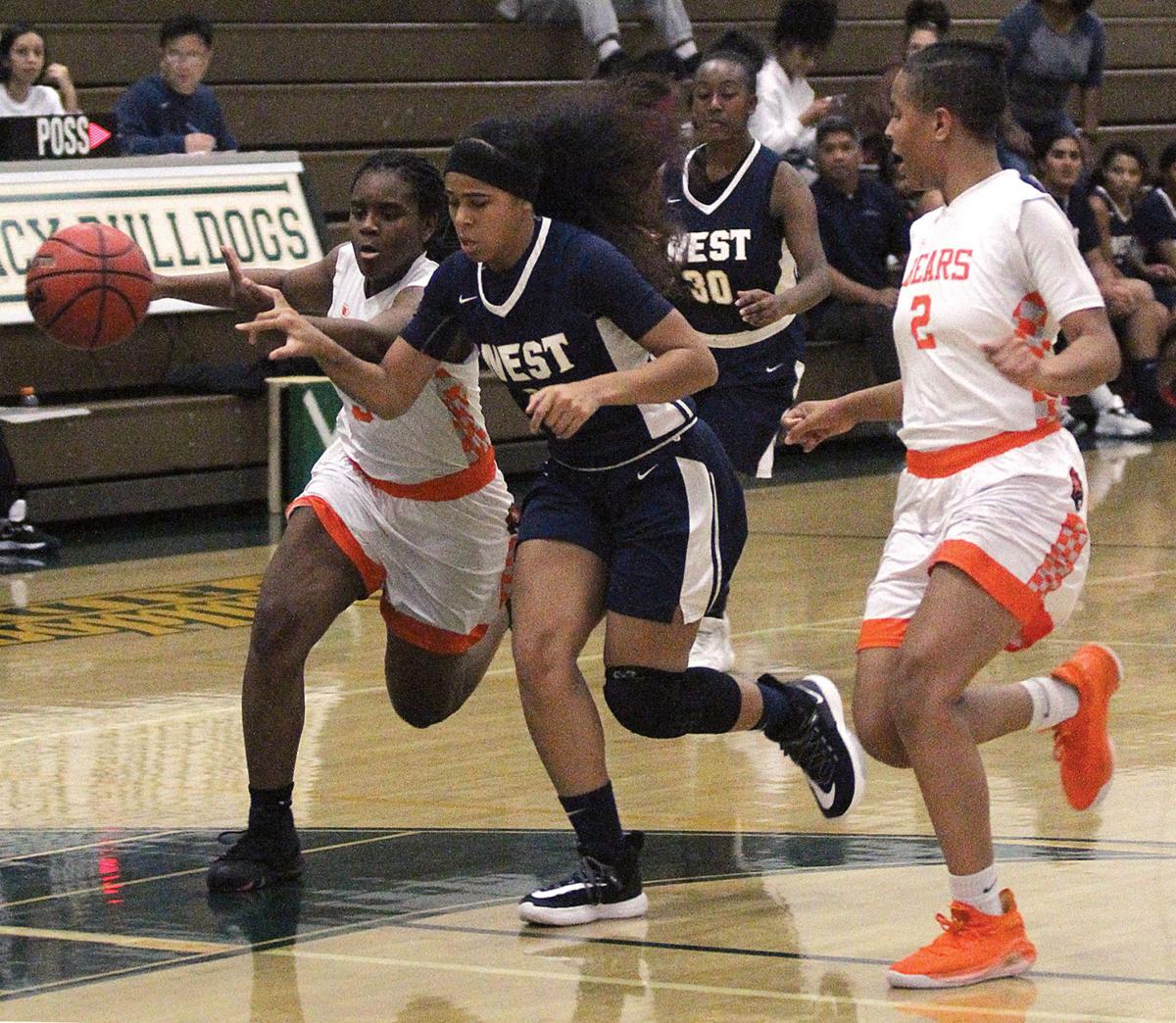 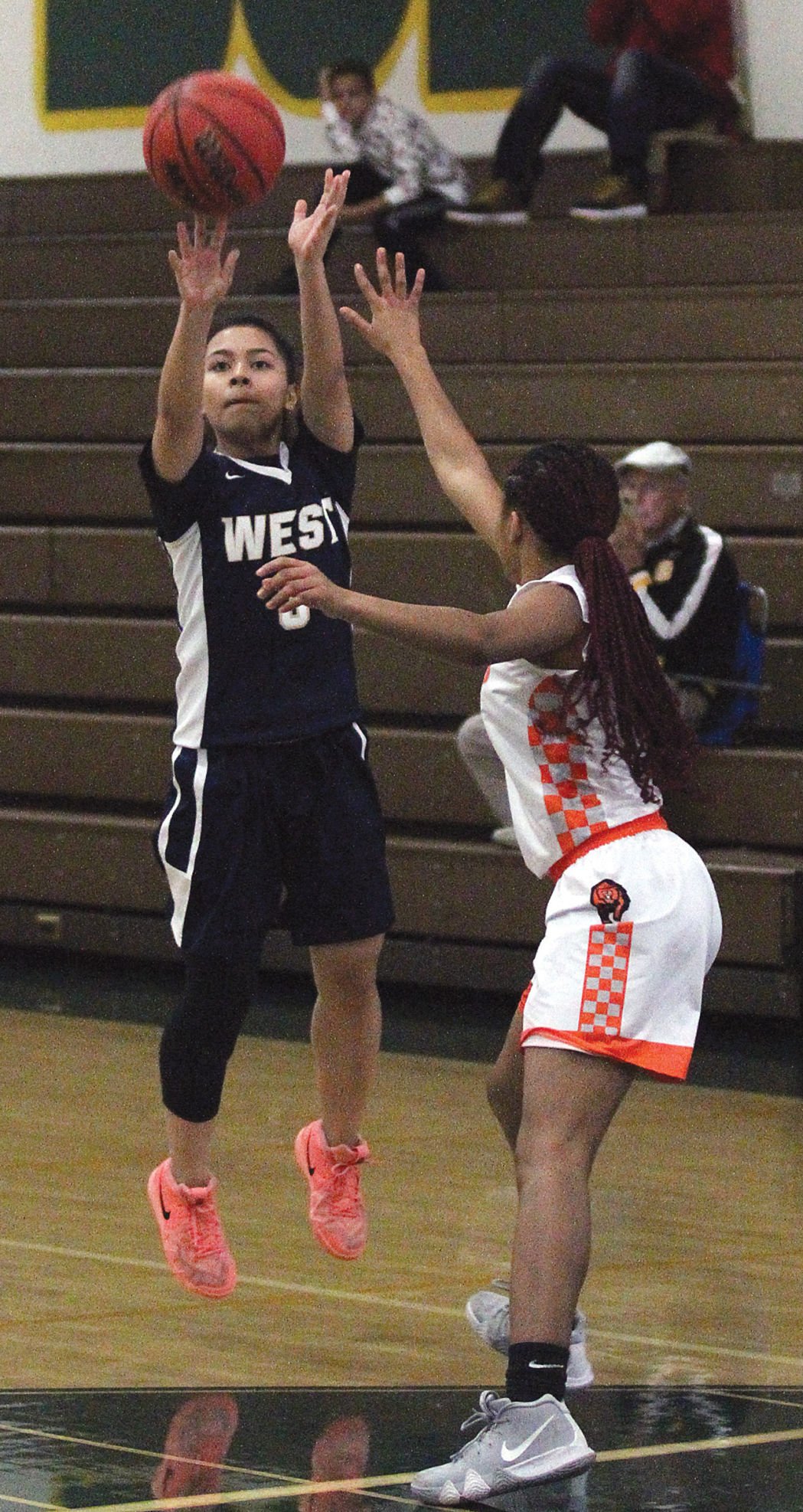 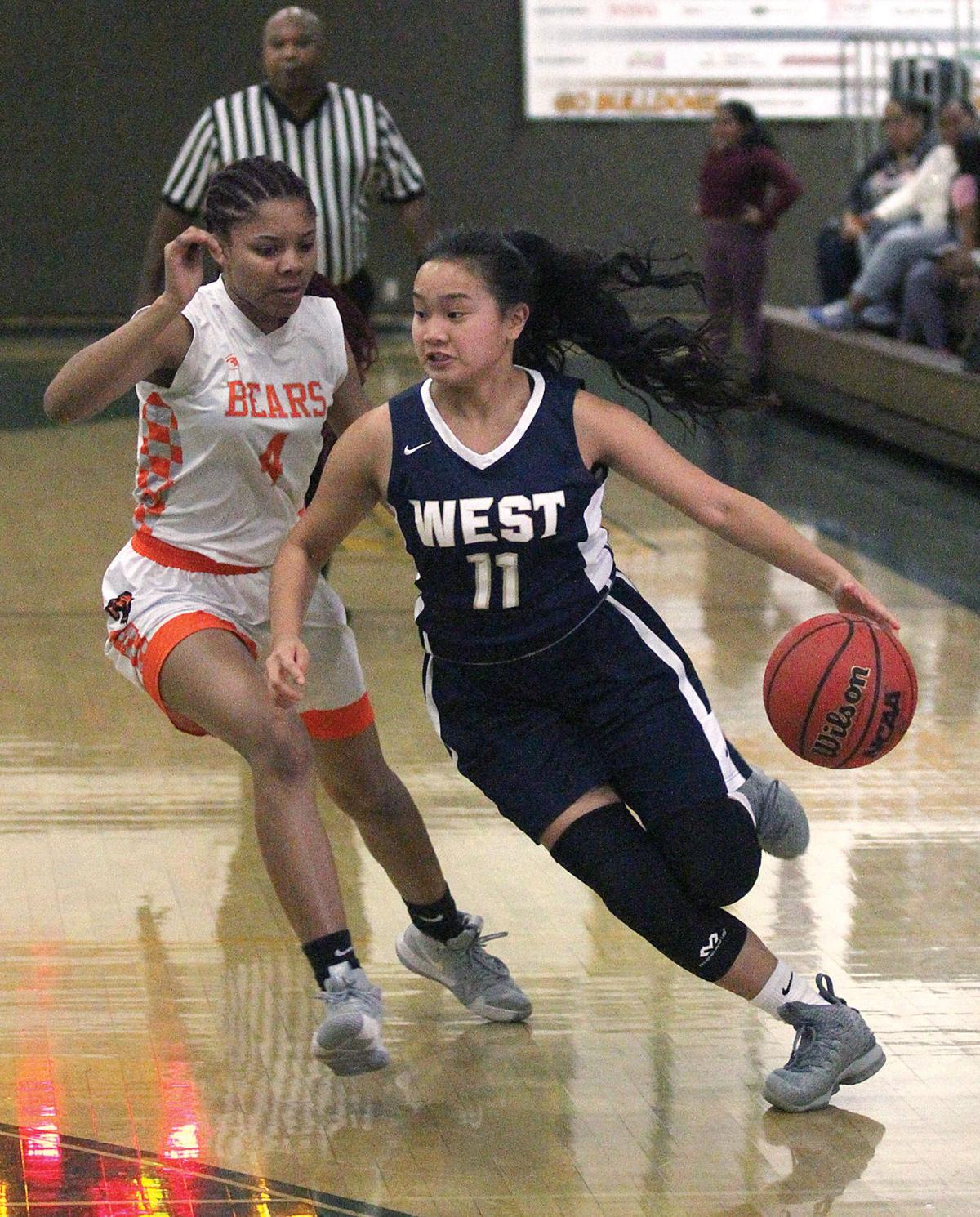 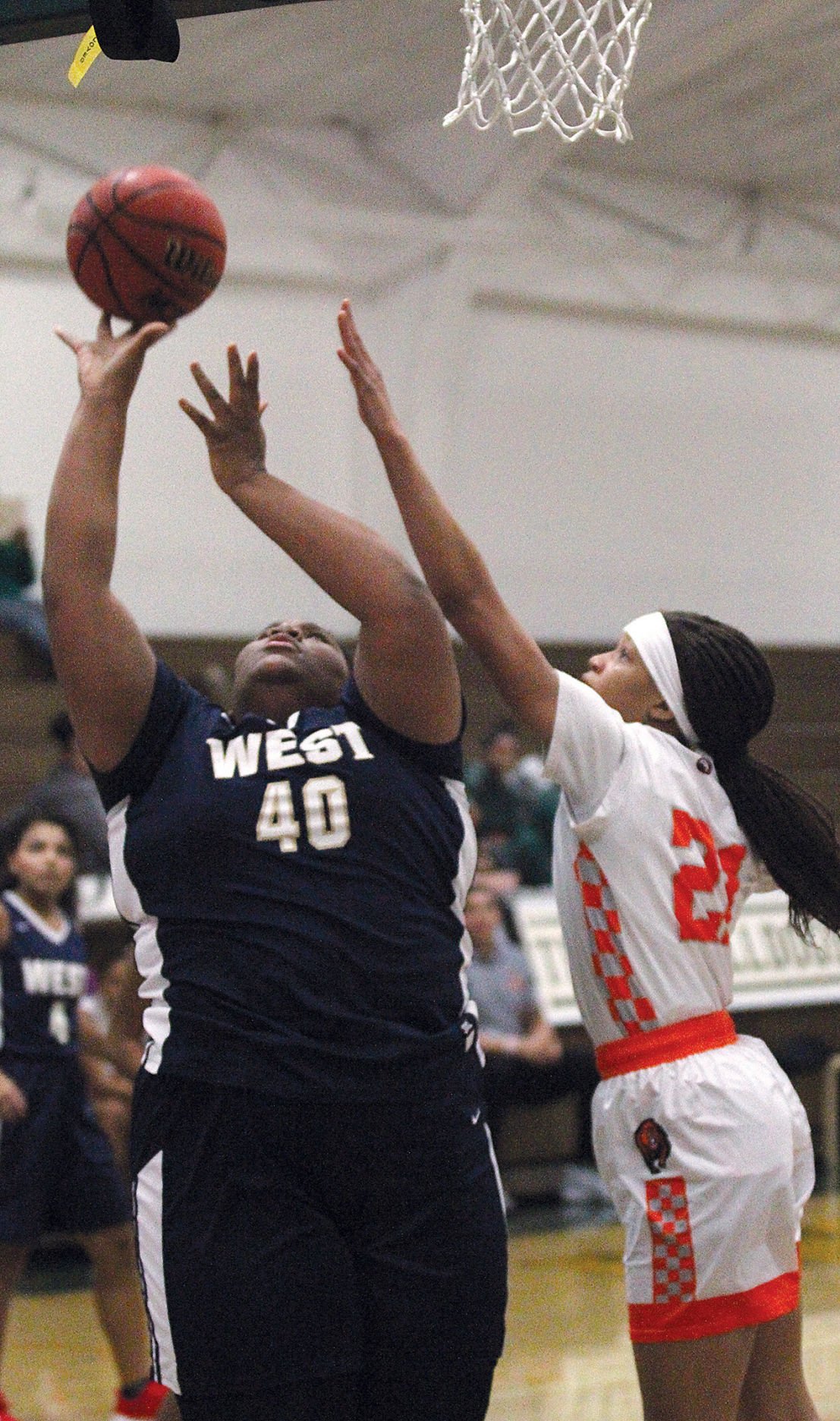 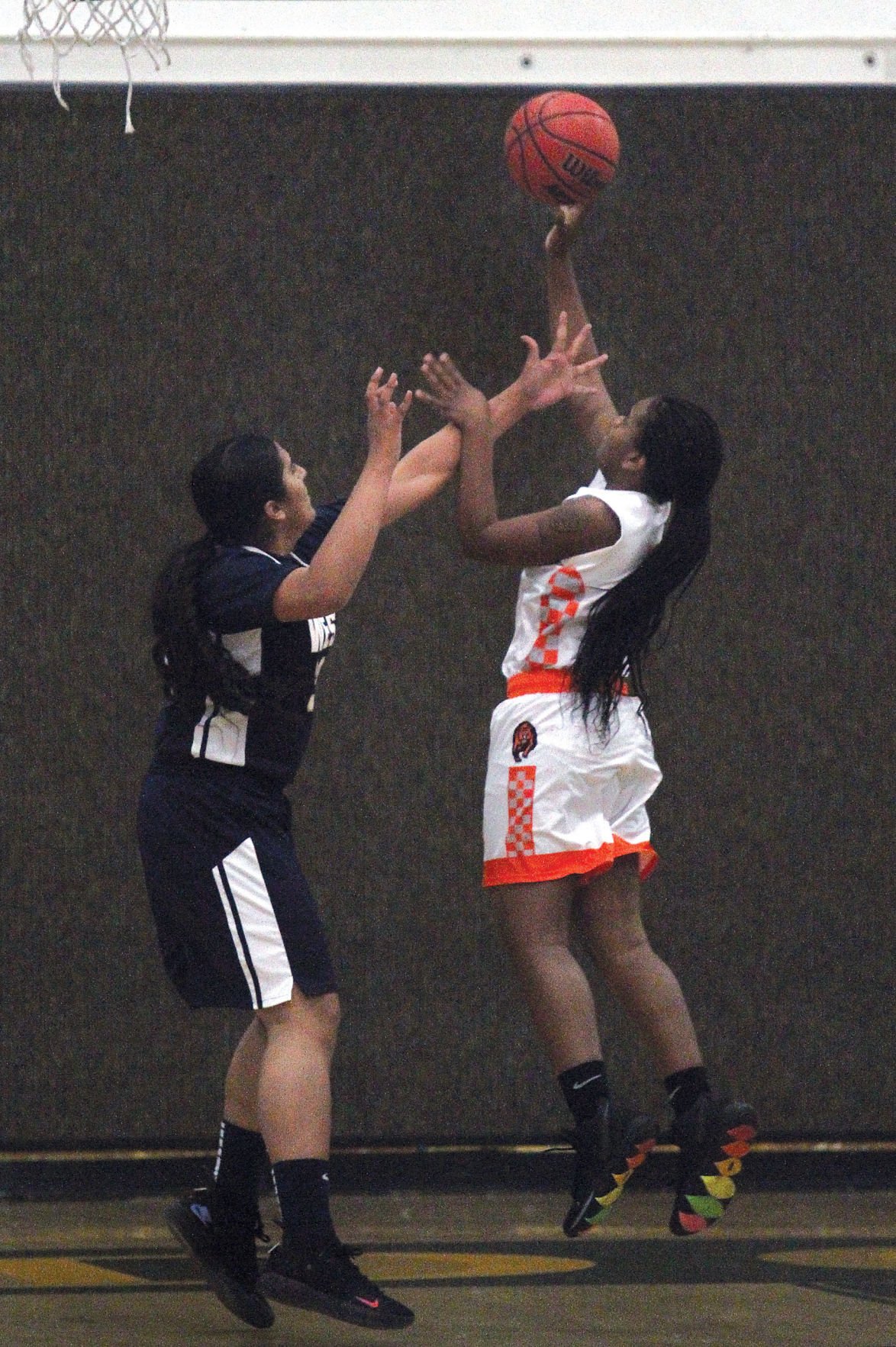 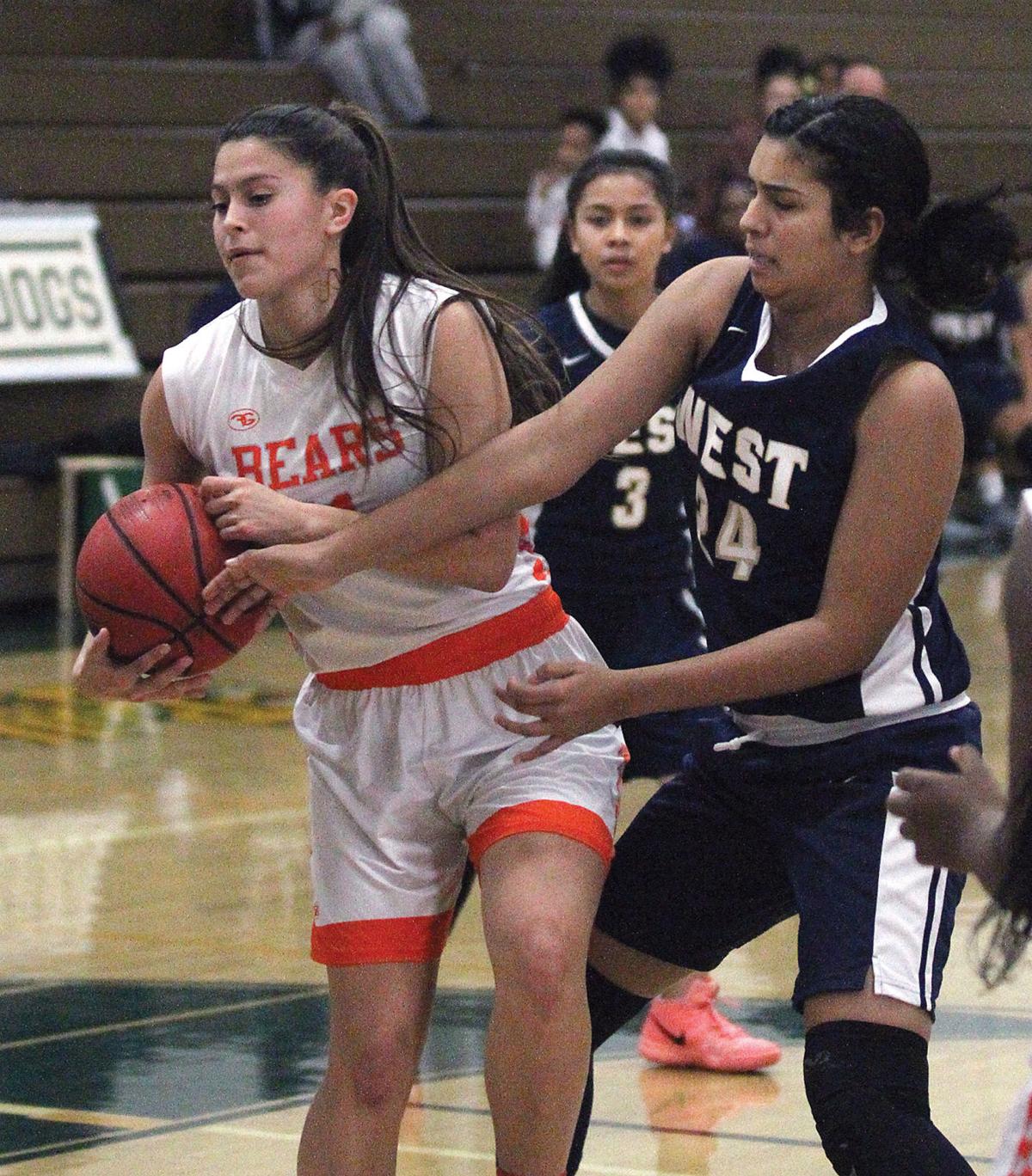 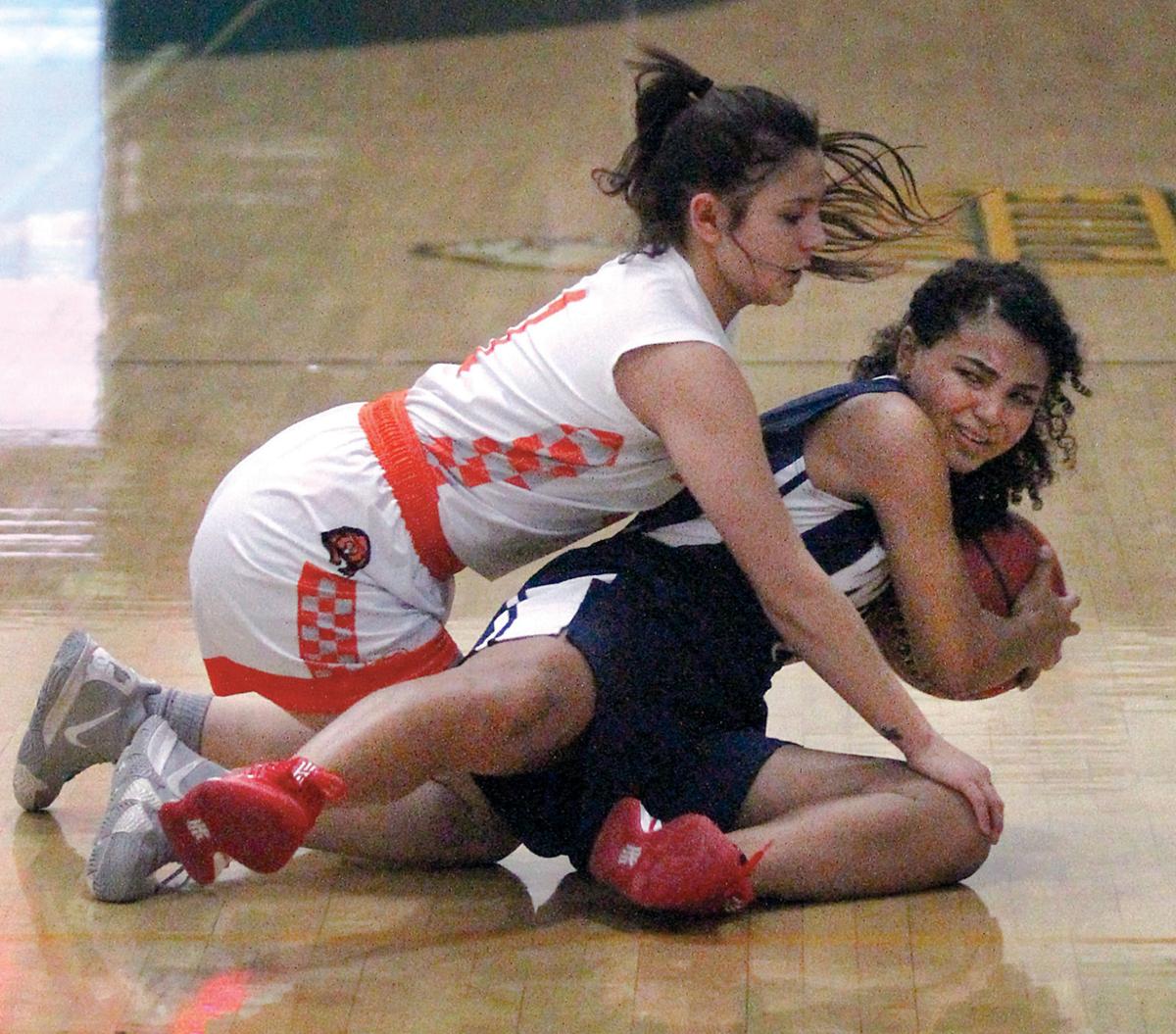 West High sophomore Ashley Chan (left) runs into a Merced High player on the way to the basket at the Tracy Breakfast Lions-Tom Hawkins basketball tournament Dec. 26 at Tracy High.

The Tracy High girls came back from a 24-16 halftime deficit to win their Dec. 26 game against Downey High of Modesto 44-41 in the opening round of the Tracy Breakfast Lions Tom Hawkins Tournament.

The Bulldogs hit only a couple of shots from the floor in the first quarter, and they didn’t begin to outscore the Downey team until the third quarter, when junior Mikaela Sacramento and senior Carley Winters hit 3-pointers and their team tied the score at 30-30 going into the fourth quarter.

Downey pulled ahead early in the fourth, but Tracy kept up the aggressive play and took advantage of opportunities from the free-throw line, hitting 8 of 10 shots from the line in the fourth, including shots by Winters and junior Anabelle Hermosura.

The Wolf Pack could not keep up with Merced’s shooters in their opening game of the Tracy Breakfast Lions Tom Hawkins Tournament on Dec. 26 at Tracy High. Merced pulled ahead 39-15 at the half and kept up a strong defense in the second half, shutting out West in the fourth quarter.

Top scorers for West were Chan and Toilolo with 7 points each. Merced’s Amari Stamp scored a game-high 17 points.

The first quarter was close, but Ripon Christian pulled ahead 19-12 before halftime and continued to outscore the Falcons through the second half.

Follow the Bulldogs' and the Wolf Pack's progress through the annual Christmastime girls basketball tournament, the Tracy Breakfast Lions Tom …