Starting at
$52.00 for 365 days
Get Started
View all rates
You are the owner of this article.
Edit Article Add New Article
Welcome, Guest
News
Voice
Our Town
Sports
Datebook
Obituaries
Advertising
Classifieds
Special Sections
1 of 12 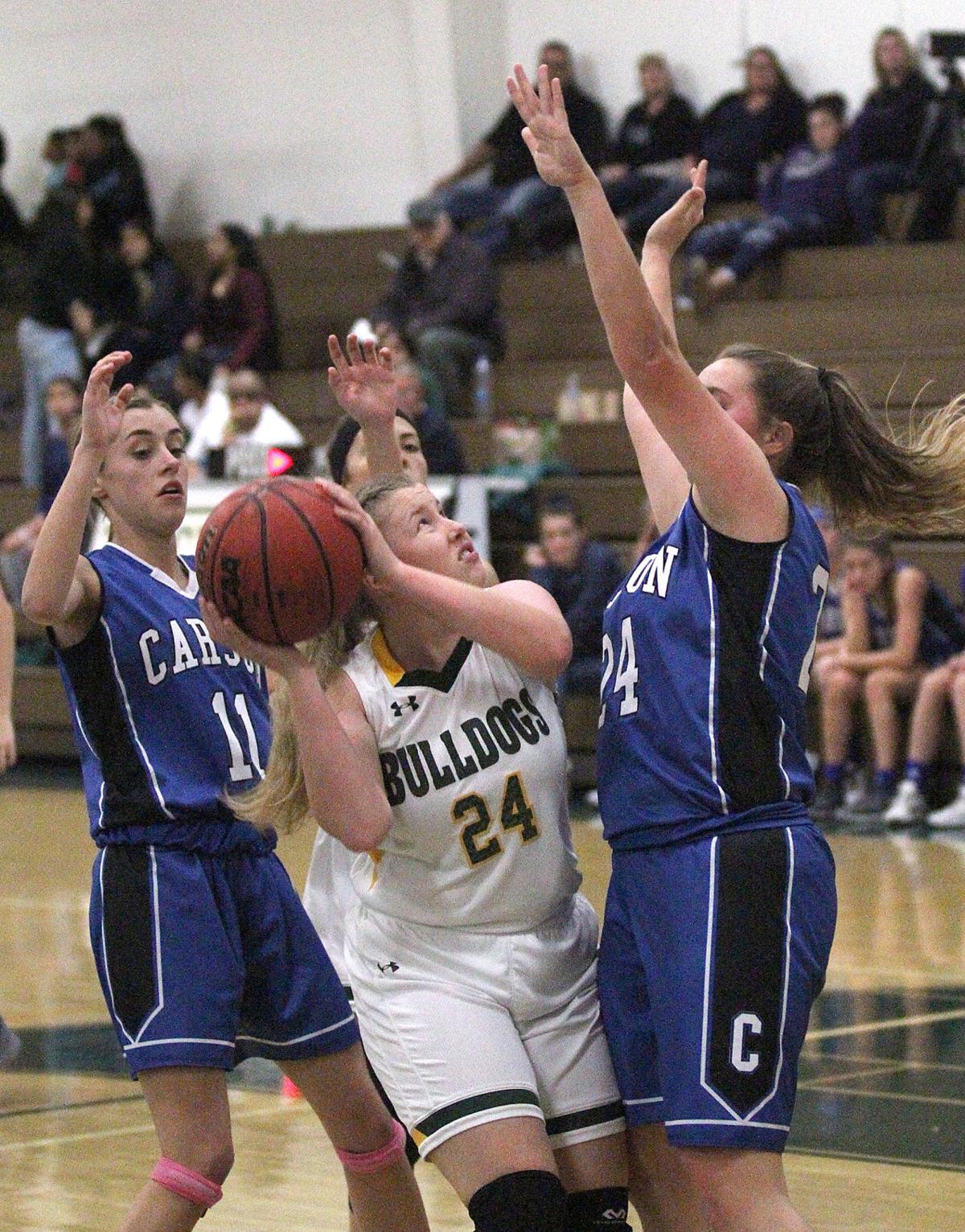 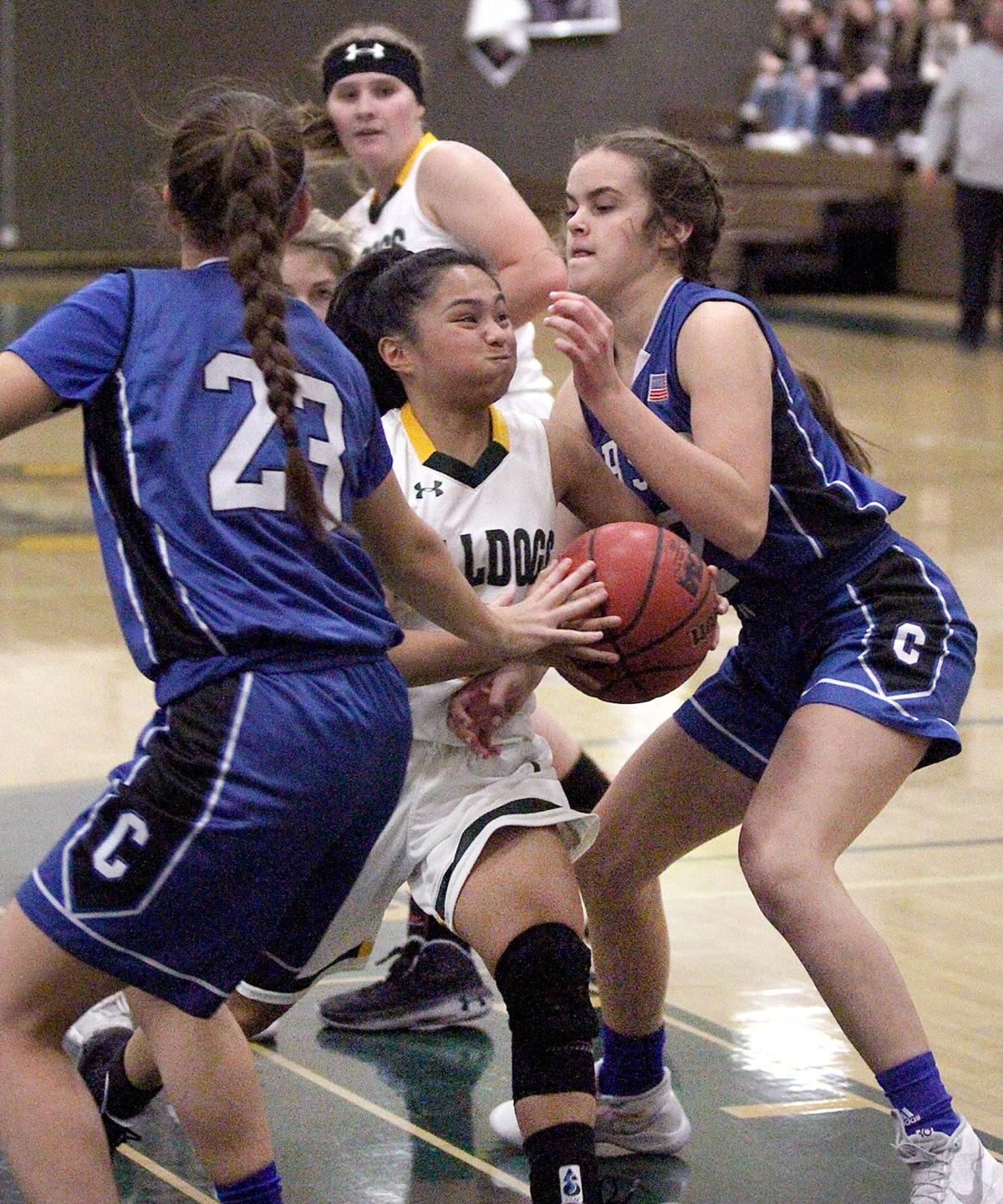 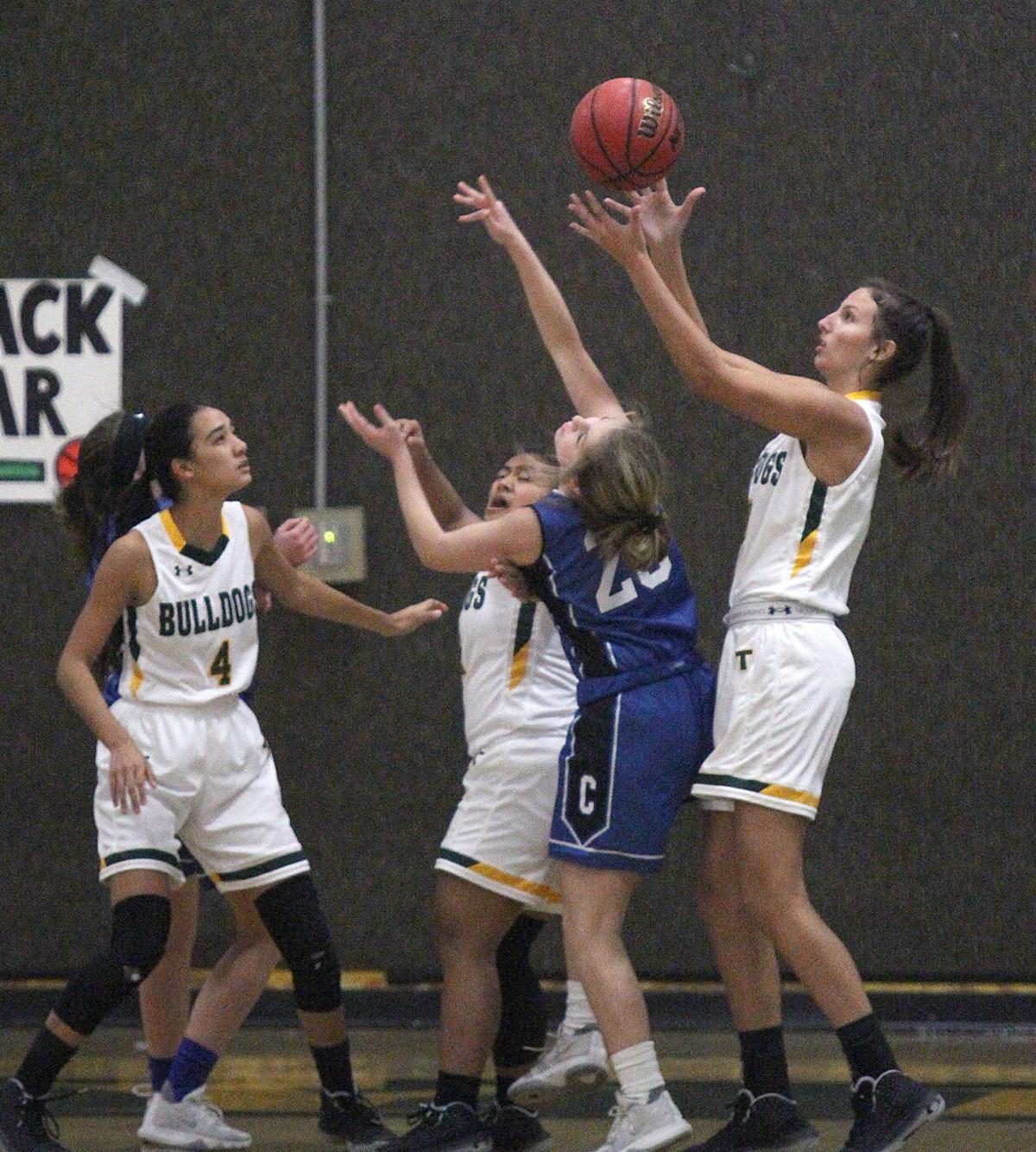 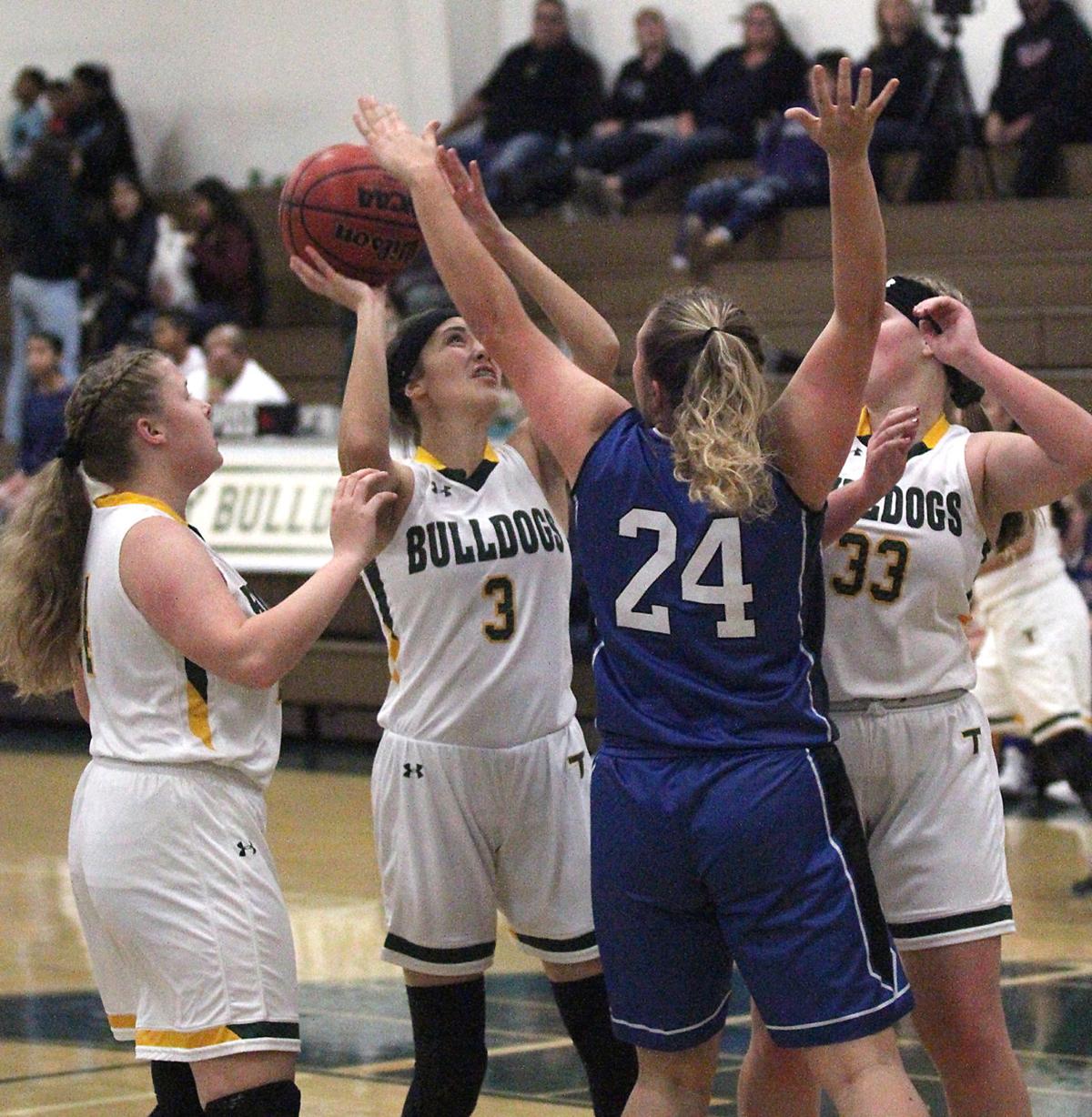 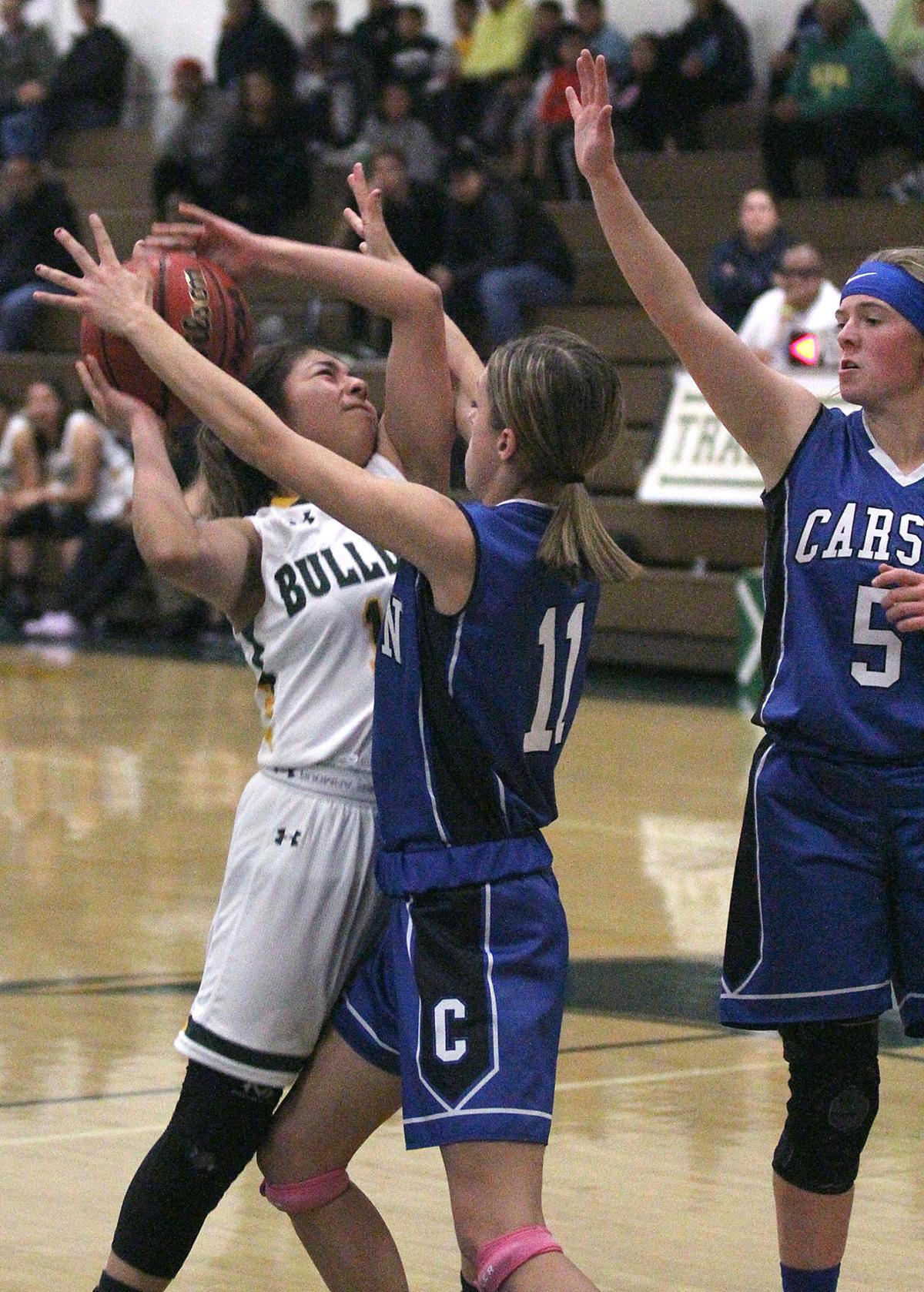 Tracy High junior Emily Hurtado (left) runs into a defender on the way to the basket Friday night at the Tracy Breakfast Lions-Tom Hawkins basketball tournament at Tracy High. 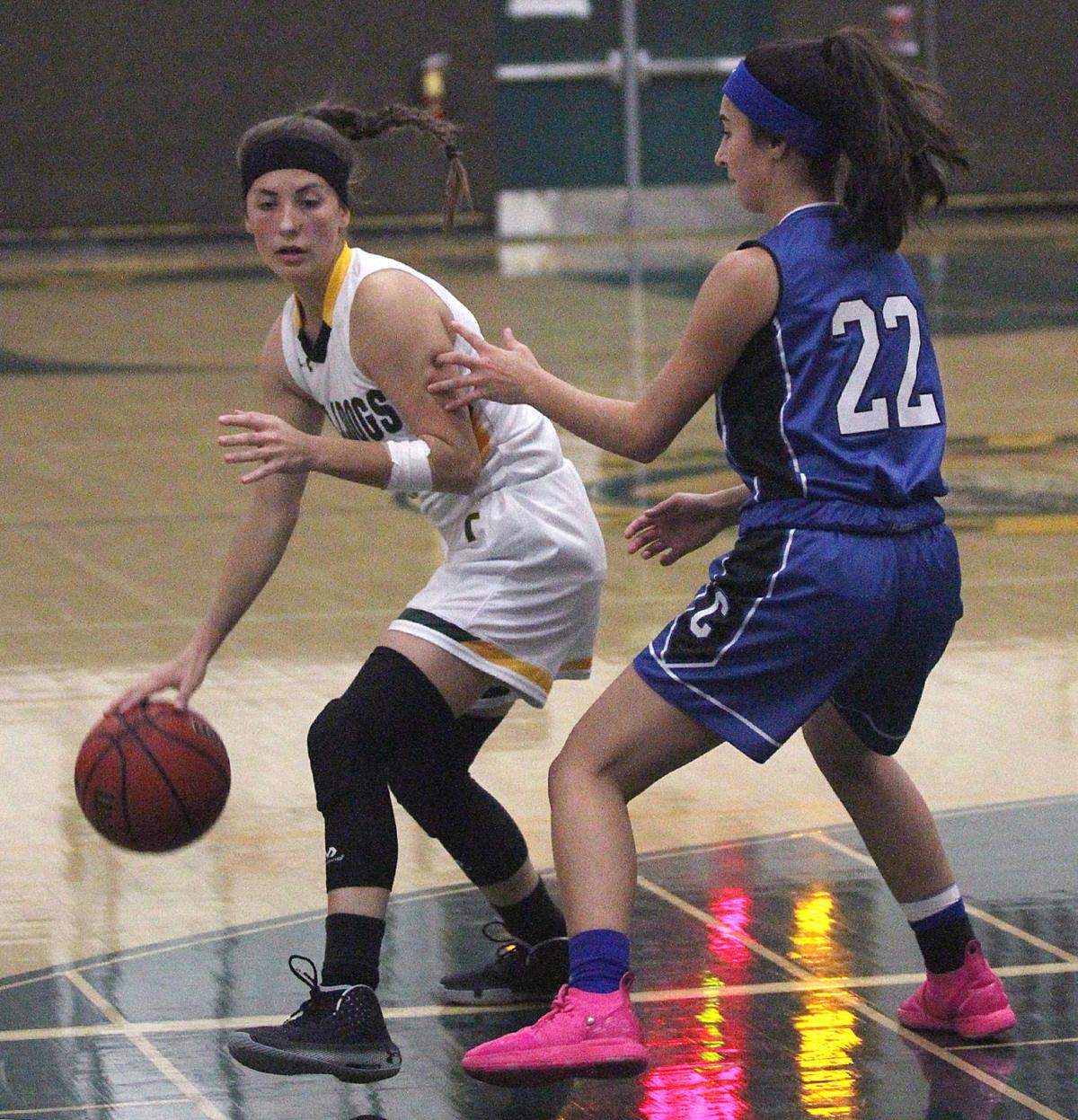 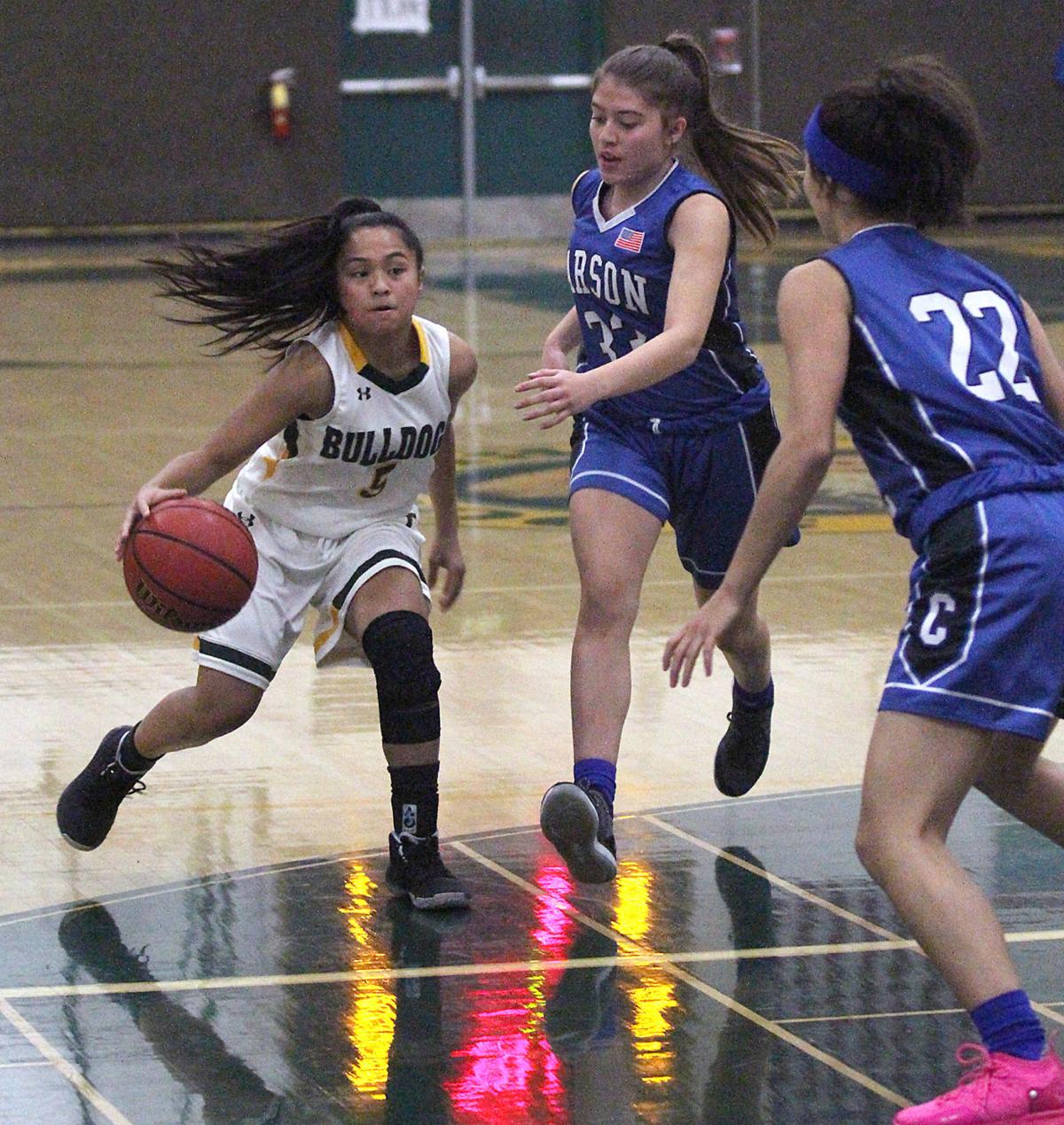 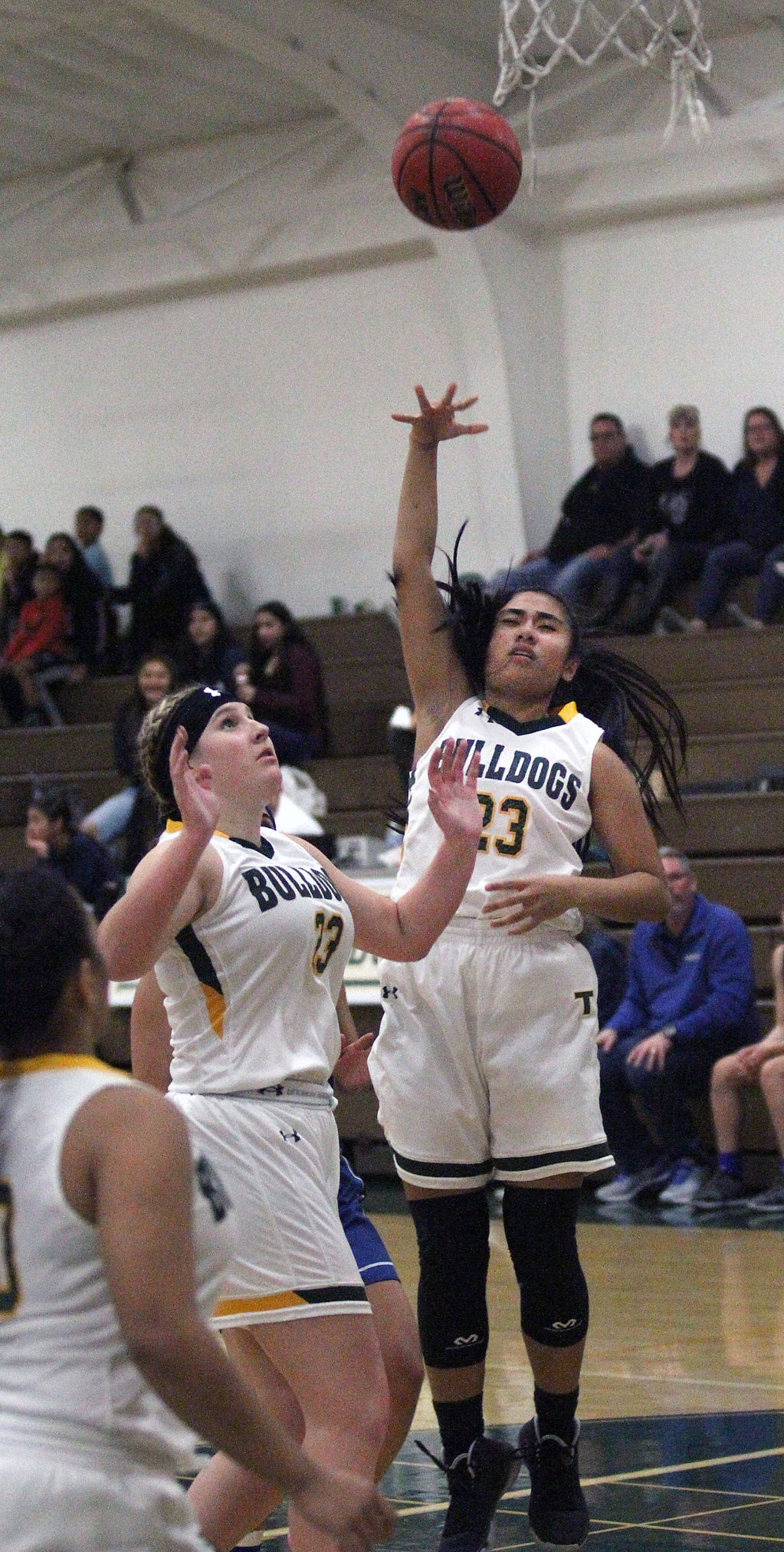 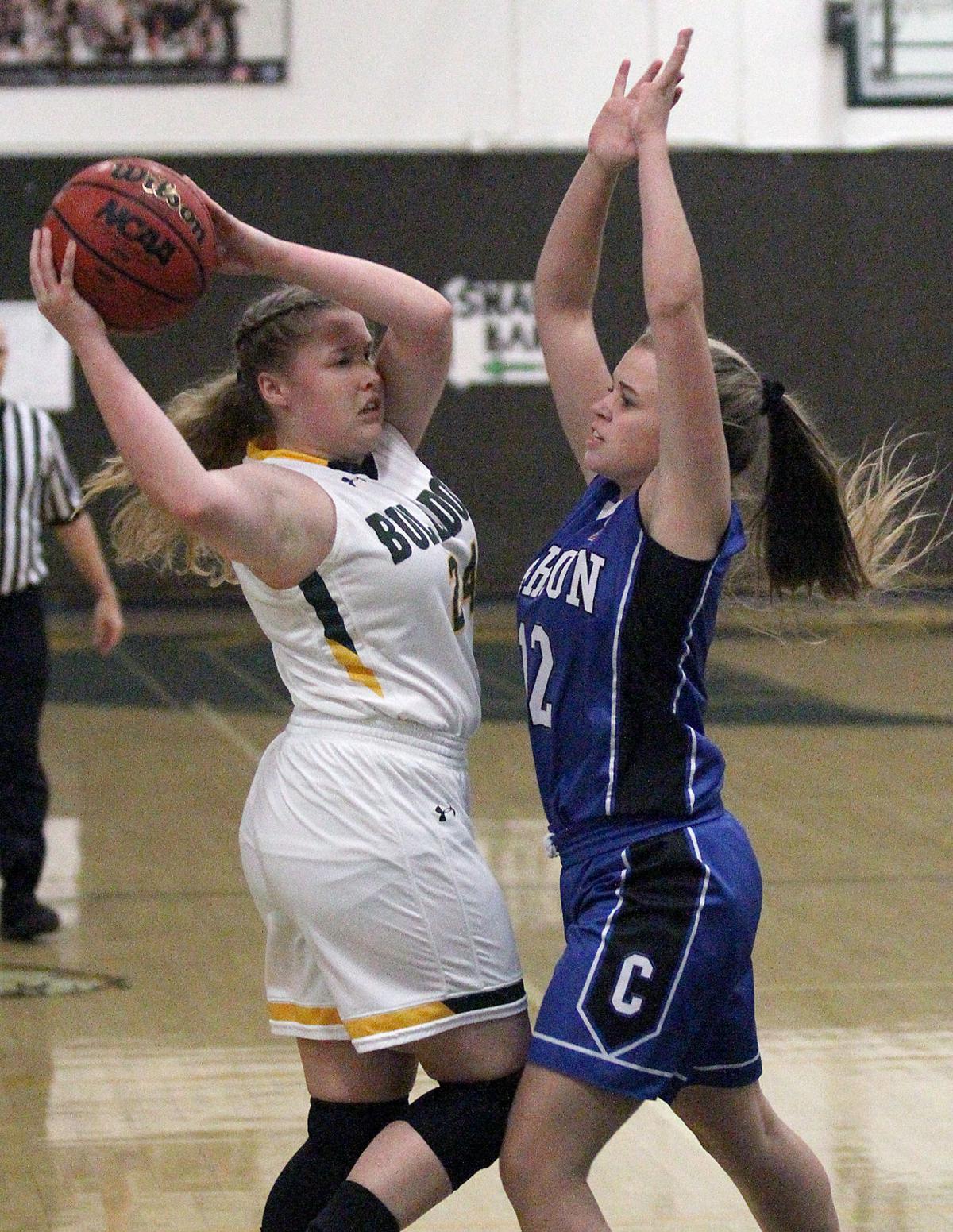 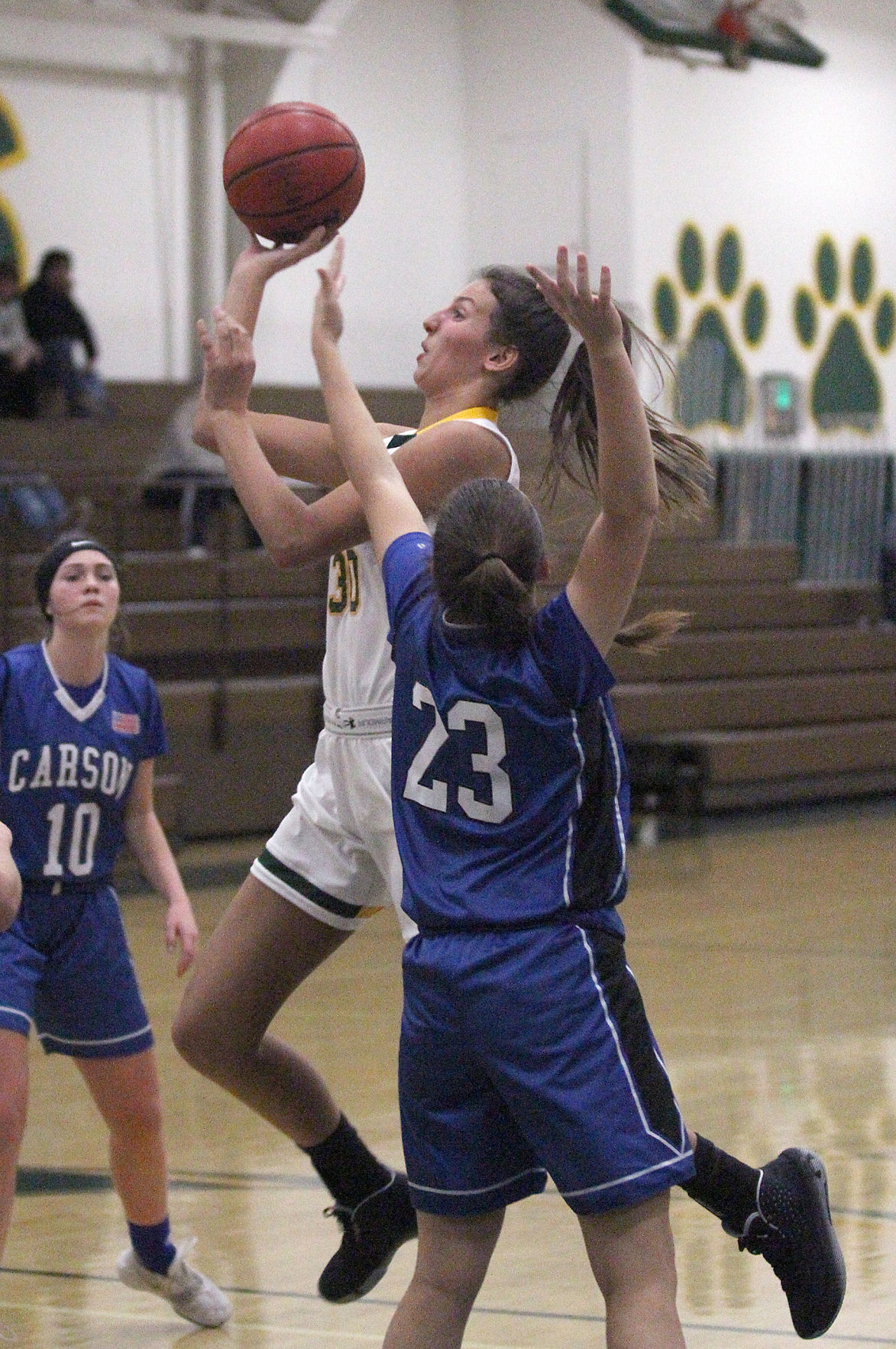 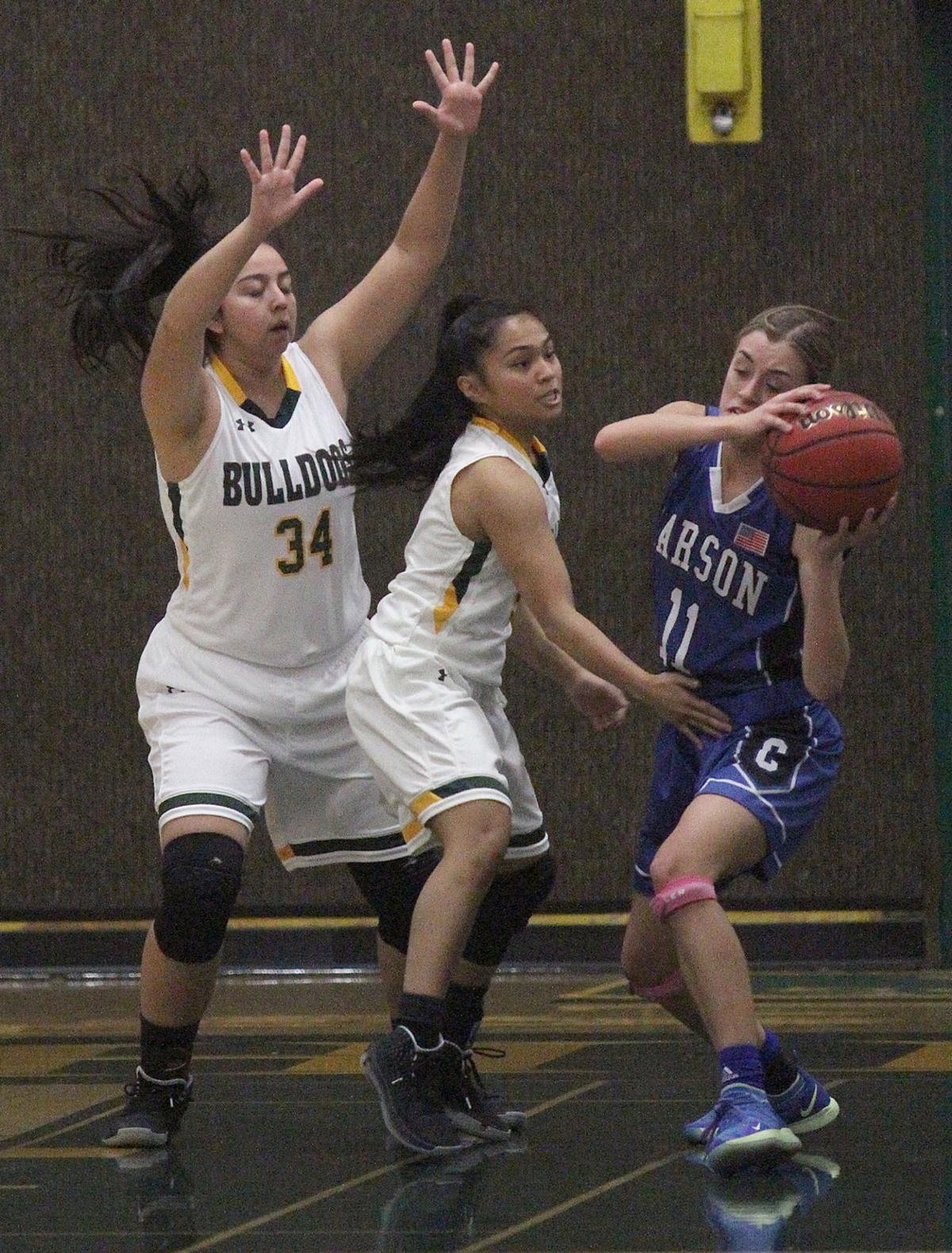 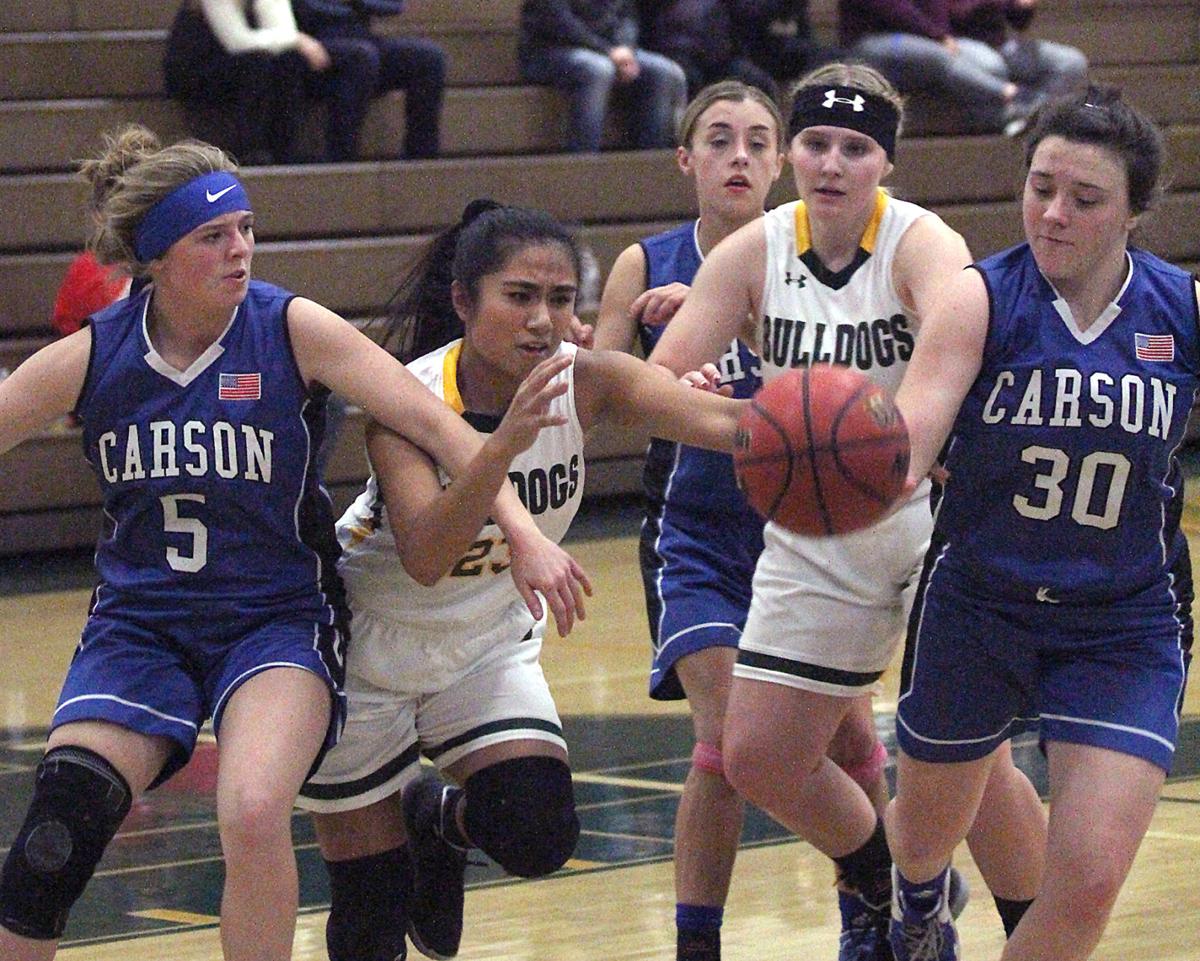 Tracy High junior Emily Hurtado (left) runs into a defender on the way to the basket Friday night at the Tracy Breakfast Lions-Tom Hawkins basketball tournament at Tracy High.

The Tracy team’s shots from the floor wouldn’t fall in the first half of Friday’s 59-35 loss to the Carson High Senators in the second round of the Tracy Breakfast Lions Tom Hawkins girls basketball tournament at Tracy High.

Carson scored first and rarely lost the lead. In the first half, the Bulldogs hit only two field goals but went 15 for 19 from the free throw line to make it a 28-20 game in Carson’s favor at the half.

Tracy would get no closer than 8 points for the rest of the game. Carson consistently outrebounded Tracy, and by the fourth quarter, Tracy was turning over the ball repeatedly in the face of the Senators’ tough and quick defense.

Carson opened the fourth quarter with a scoring run that Tracy couldn’t match. Tracy did continue to play an aggressive offense, which gave the Bulldogs more opportunities to score from the free throw line.

As a team, Tracy ended up going 20 for 27 from the line. Senior Carly Winters was Tracy’s leading scorer with 12 points as she hit 7 of 7 free throws, and she and junior Emily Hurtado and senior Julie Pudiquet each scored 3-pointers, while junior Mikaela Sacramento went 7 for 8 from the free-throw line.

The Hawkins Tournament continues on Saturday, with Carson facing Edison and East Union playing Orestimba in the semifinals. The tournament will conclude on Monday.

The West girls could not make up for their slow start in the second round of the Tracy Breakfast Lions Tom Hawkins Tournament at Tracy High on Friday.

West picked up the momentum in the third quarter and got within 6 points of Lathrop early in the fourth. The advantage shifted back to Lathrop at the end for a final score of 46-35.

Follow the Bulldogs' and the Wolf Pack's progress through the annual Christmastime girls basketball tournament, the Tracy Breakfast Lions Tom …