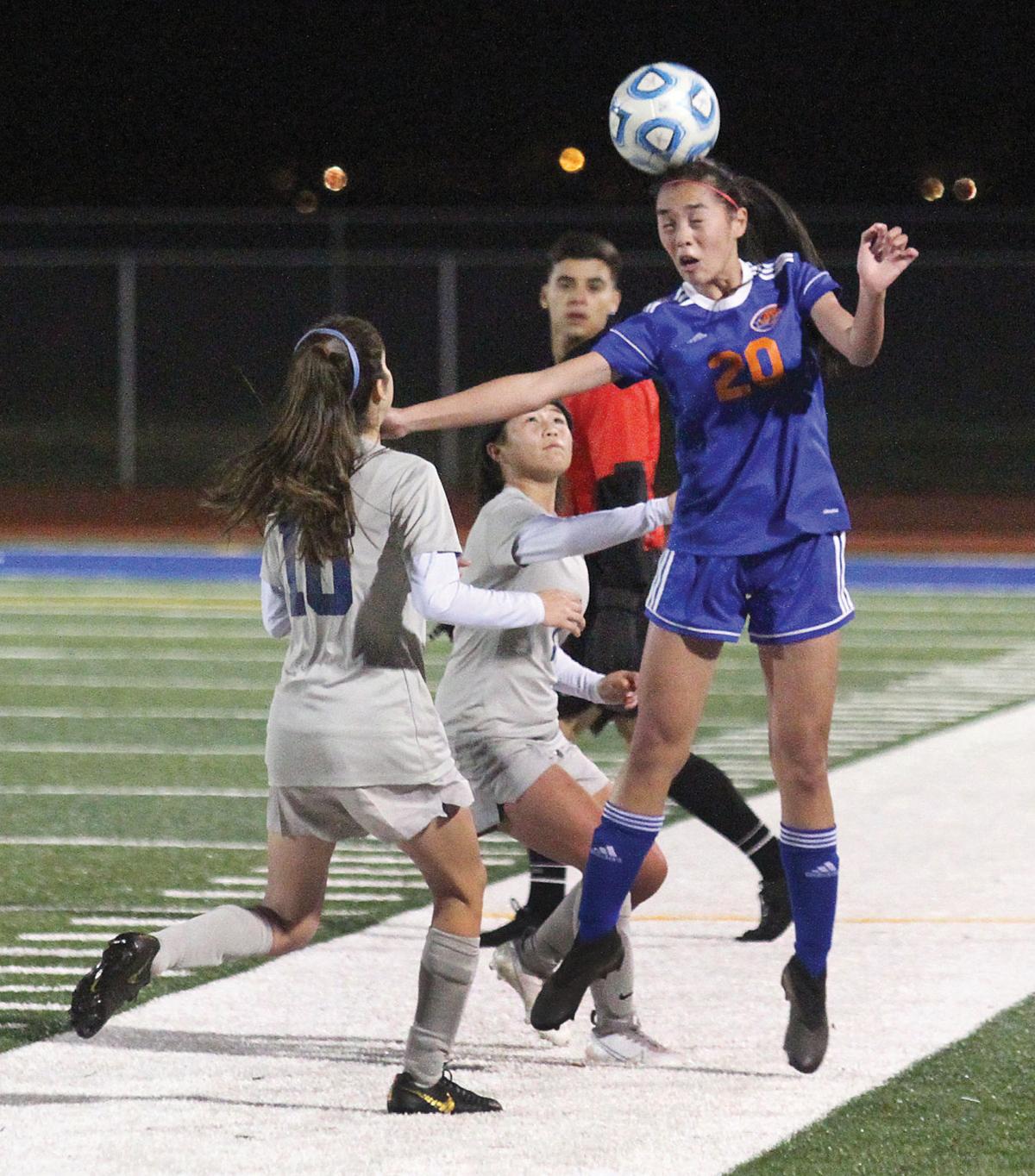 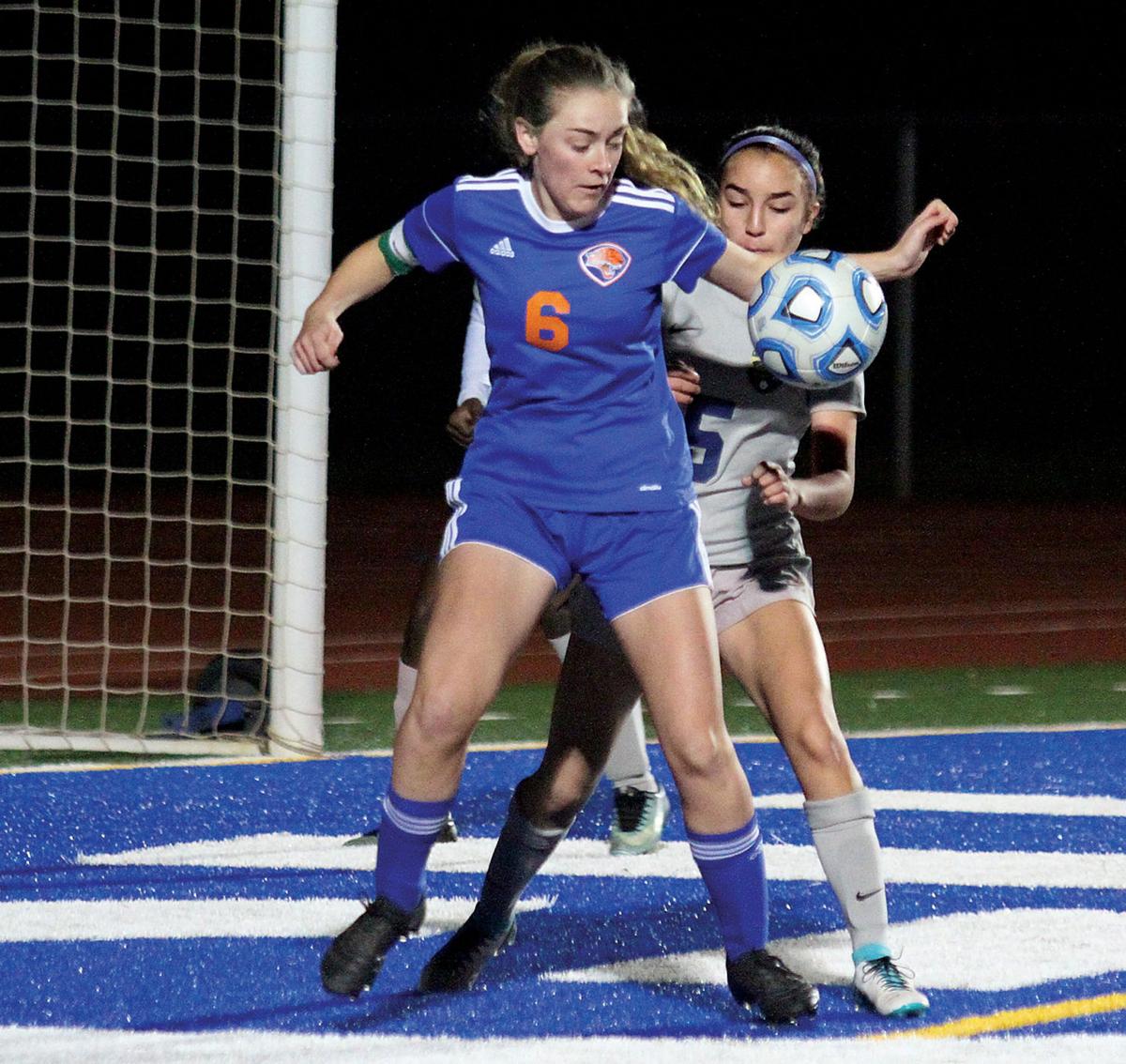 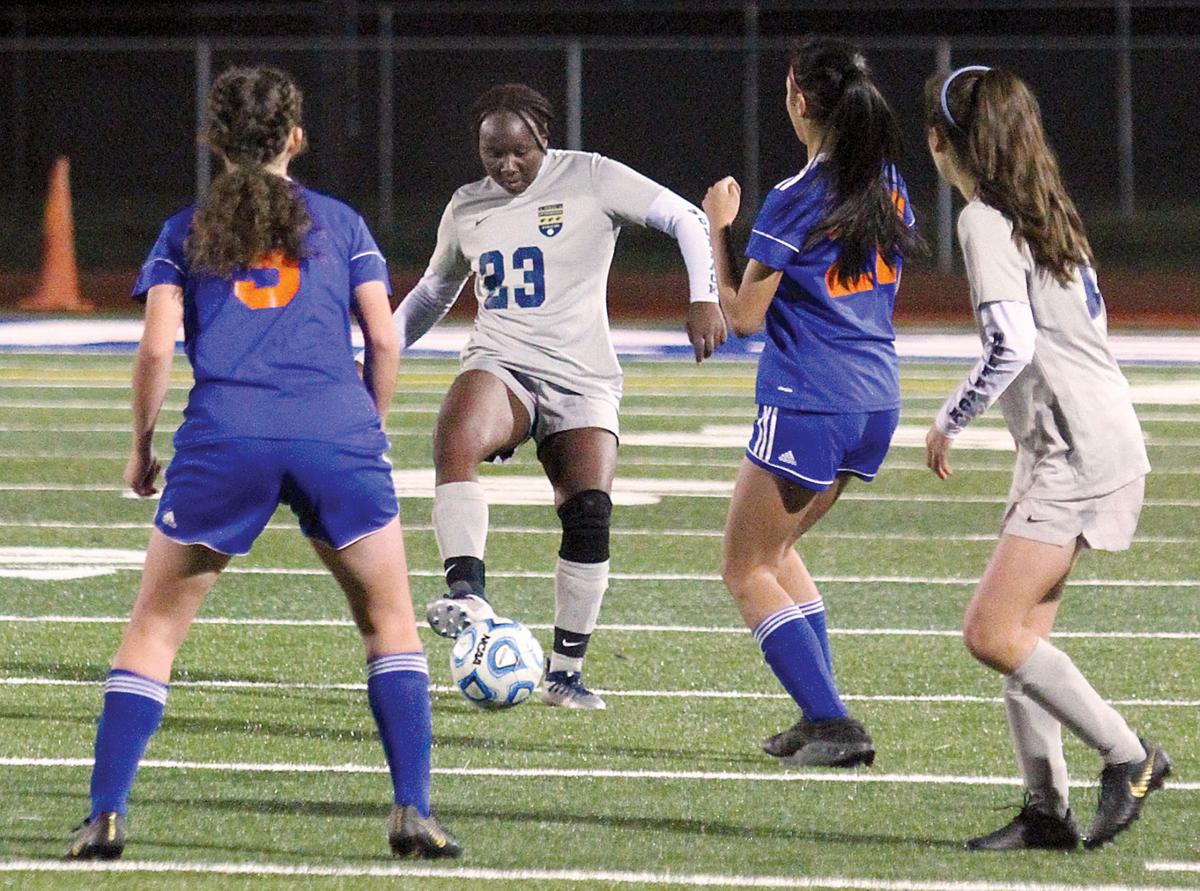 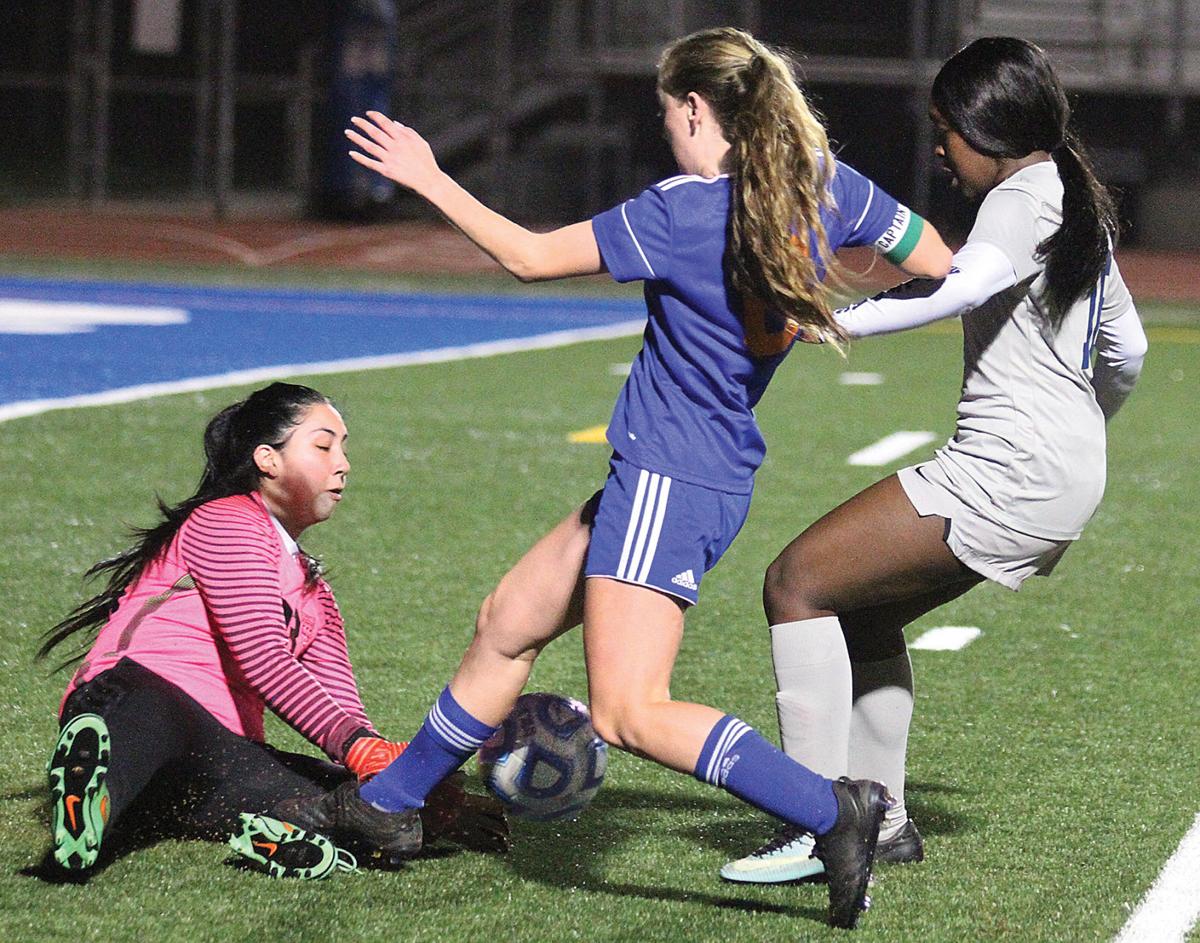 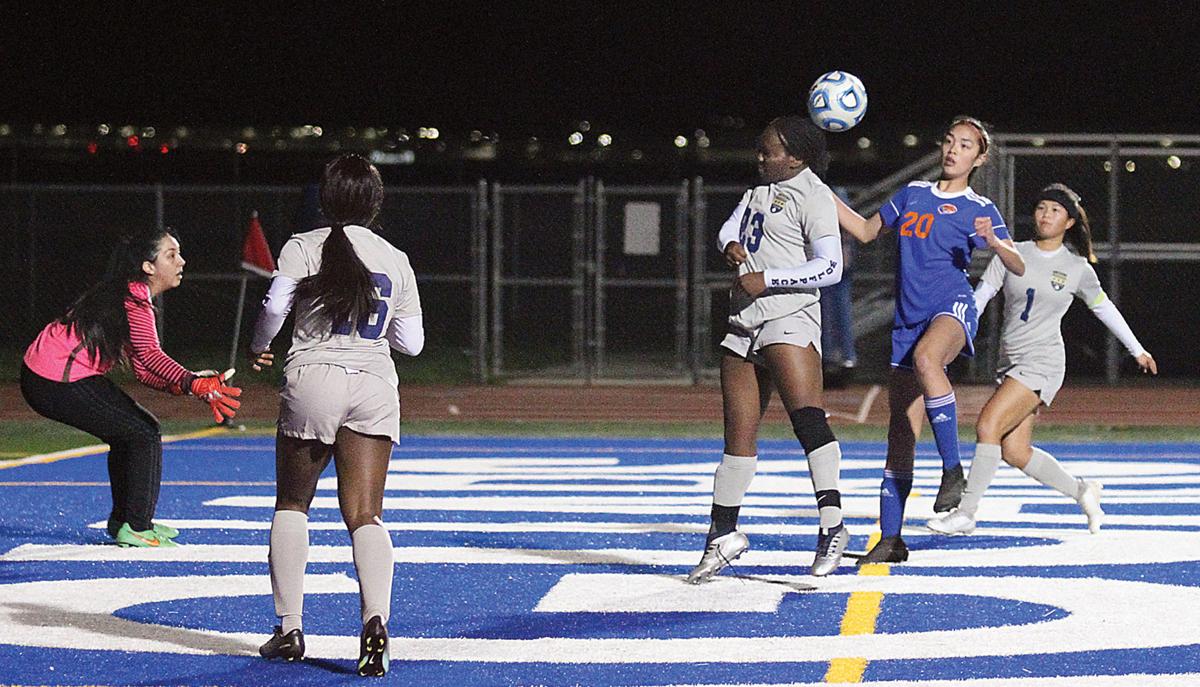 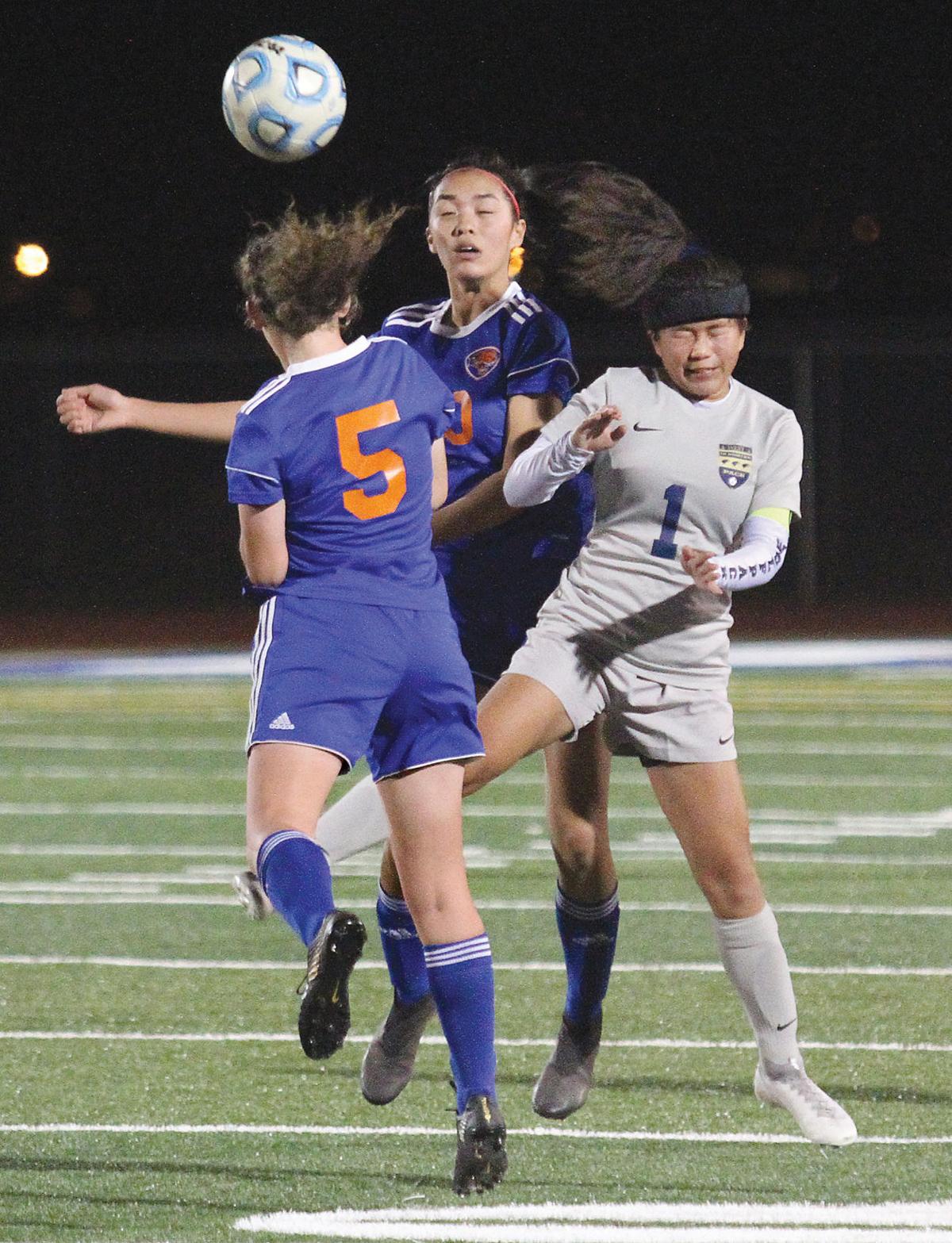 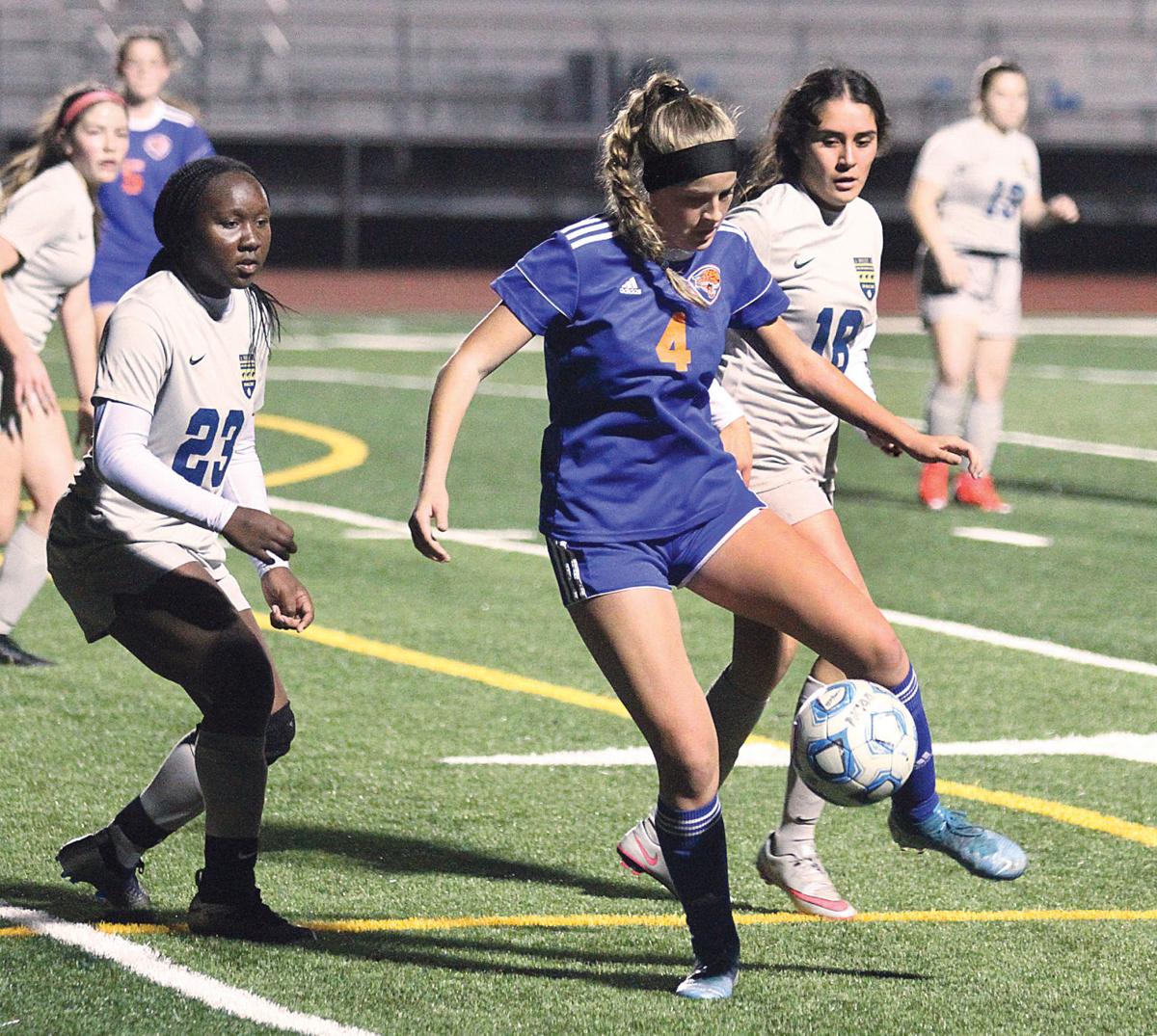 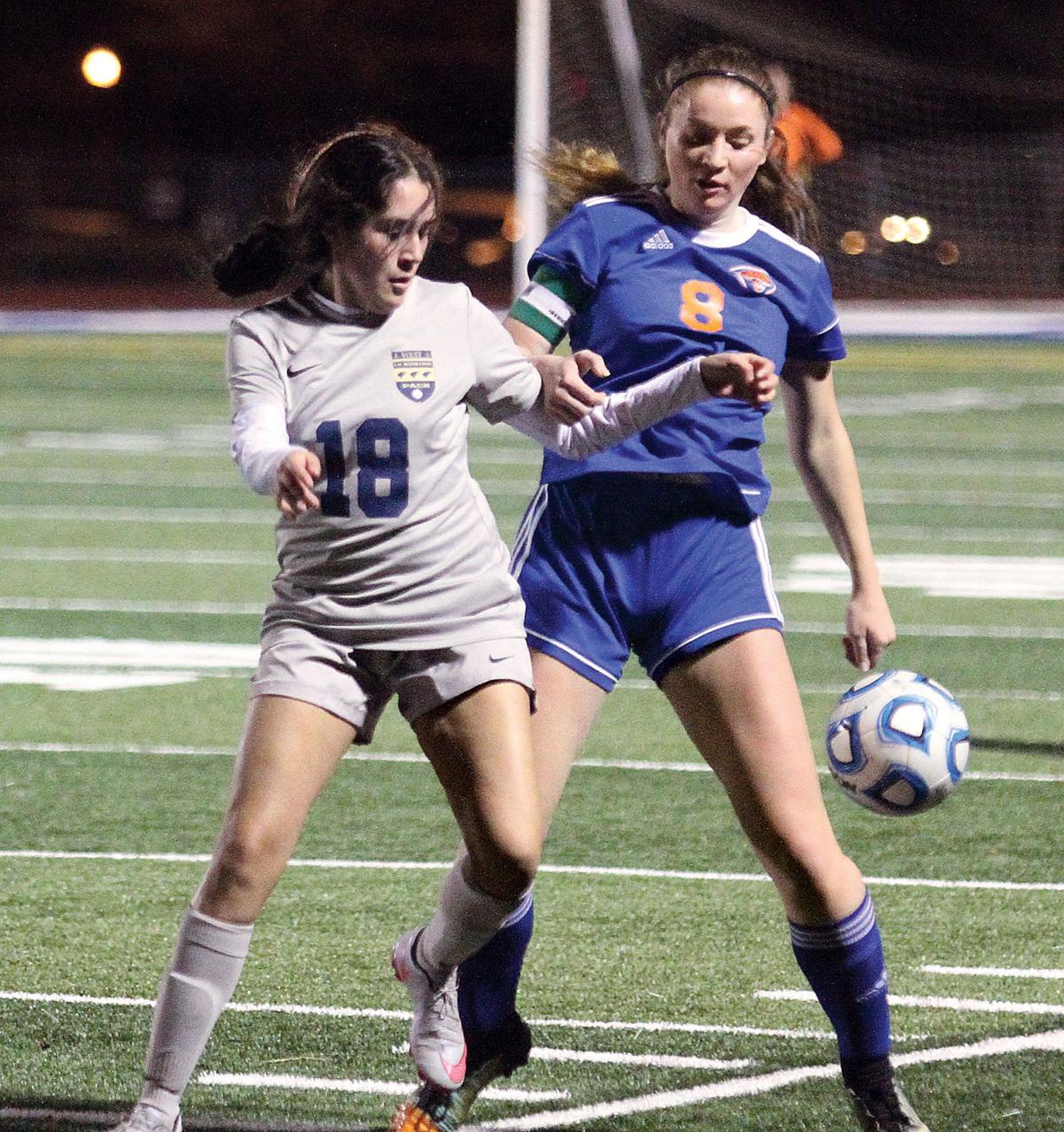 The Kimball and West girls soccer teams finished 2019 with a crosstown match that started off as an even contest but turned in Kimball’s favor in the second half, giving the Jaguars the 6-0 win.

“Our biggest thing now is playing as a team: connecting, passing, working together,” said Kimball senior Danya Gonzalez, who scored two of the Jaguars’ goals and had two assists. “I feel like tonight we really executed that and played well together and that’s how we got those goals.”

Through the first half, the Kimball team put plenty of pressure on the West goal, with Gonzalez taking most of the shots, but got few clear chances to shoot directly at the goal. The Wolf Pack’s defenders, including sophomores Kiara Blanchard and Mea Avaler and senior Jessica McNair, got in position quickly enough to turn back the Jaguars’ attacks.

The Kimball offense built up its intensity in the second half with sophomore Elissa Giuliacci leading the charge. The Jaguars’ first goal came eight minutes into the second half when sophomore Mariya Hinojosa passed the ball from the right to connect with Giuliacci, who was in position to shoot and score. Five minutes later, Kimball senior Fayth Hinojosa sent a cross from the right to junior Emma Gore, who had a clear shot.

The Jaguars were relentless after that. Sophomore Charlize Castro took a through pass from Gonzalez in the 58th minute and charged up the middle and took a shot that bounced off the left post and into the net.

Gonzalez sent another through pass up to Fayth Hinojosa in the 66th minute, and Hinojosa charged up to score from the left side. Gonzalez scored the Jaguars’ fifth goal when she put a free kick into the upper right corner of the goal in the 75th minute. Gonzalez scored her last goal with an assist from senior Andrea Delacruz.

Gonzalez said her team had to make a commitment to play a more aggressive game in the second half.

Coach Ron Hattley said he’s learning to depend on Giuliacci to set the pace for the Kimball offense, and she has proven to be fully capable of leading the team’s attacks.

“She’s a catalyst,” he said. “She plays the way I want the whole team to play, and up until tonight, we haven’t been able to put it together like that.”

West coach Scott Behnam said his team held up well at first but appeared to be overwhelmed in the second half.

“We self-destructed. The problem right now is we are going to struggle if we don’t play our way of soccer,” he said. “Hats off to Kimball. I was so impressed by them. I felt like they played the West way. They were physical. They were tough. They weren’t going to lose. They were going to come in here and kick our butts.”