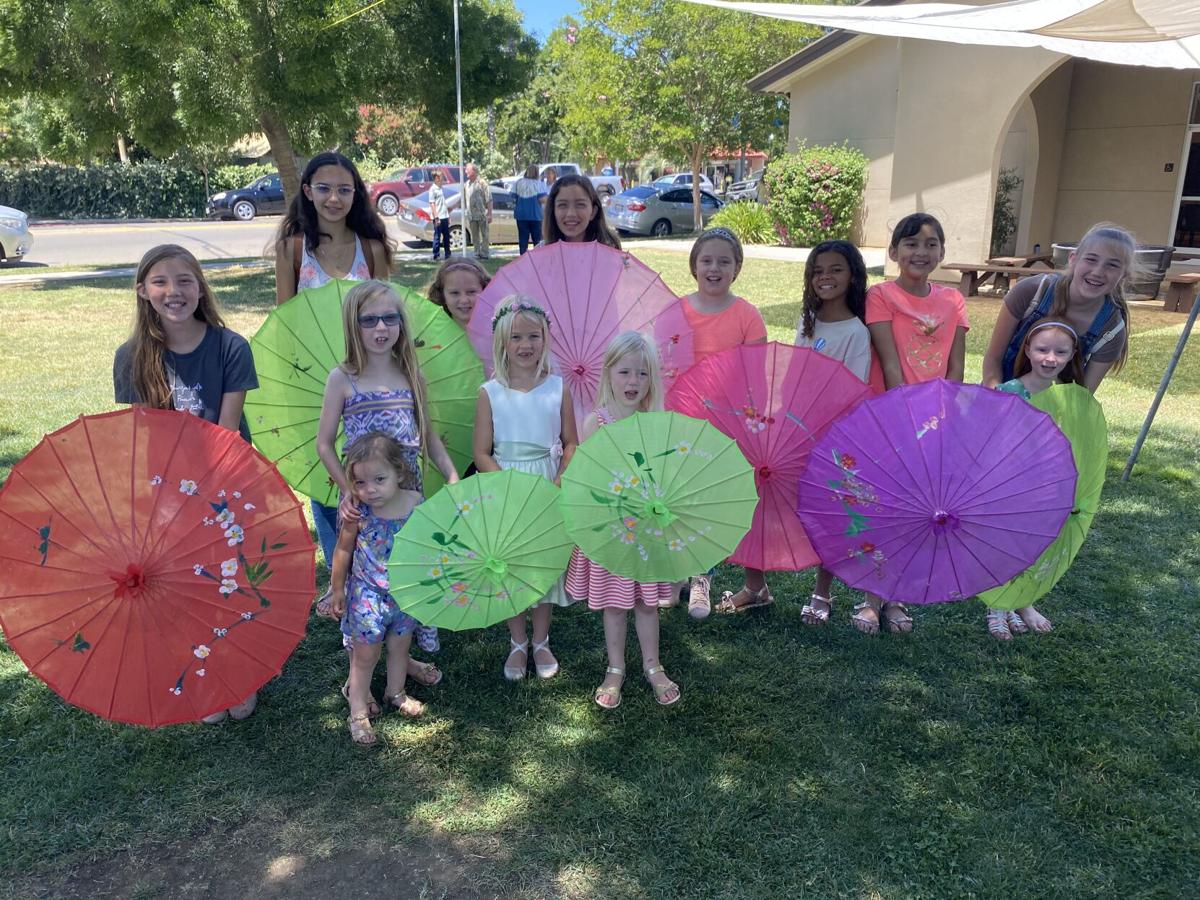 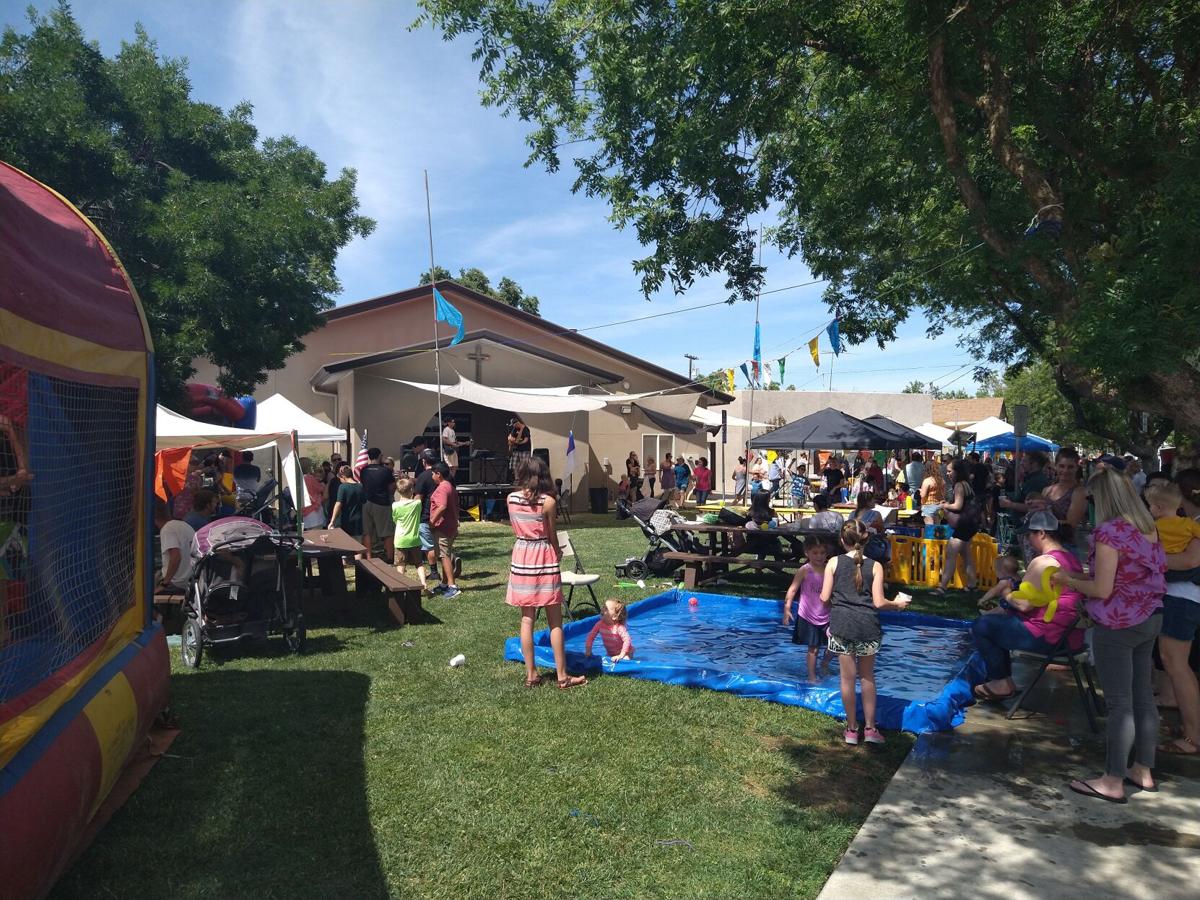 Although the Apricot Fiesta has been canceled for the second year in a row, one Patterson organization decided to preserve the spirit of celebration.

First Baptist Church returned to holding their annual “Lemonade and Shade” on the church front lawn.

The event included tables giving out snow cones, relieving visitors from the heat, and cotton candy.

Some artists provided face painting under another tent. There were also two bounce houses, a tiny pool for toddlers, and a live band.

“The motivation is … to share the love of Christ,” said Dale Torres. Torres is one of the event organizers and the church’s youth pastor.

“We were especially eager this year to hold the event, even though there’s not going to be as much foot traffic downtown, which was usually the main driver for our event,” said Torres.

“Basically, taking advantage of the fact that many people are walking past the building, and we want to be out there and offer lemonade and shade and different activities for people.”

He continued, “The inspiration for it, or the emphasis for it, was the fact that so many people were walking by during the fiesta. We said, ‘Hey, we got to pick this up.’”

The church has been holding the Fiesta event for over 20 years, excluding last year.

Even though the Apricot Fiesta was canceled again this year, they were determined to resume their outreach.

“We just wanted to do it because it's something we've been doing for so long and we wanted to still have that opportunity to reach into the community. We weren't sure how many people would show up because there was nothing going on downtown when people were walking by. We just made an effort to invite our friends, neighbors, hand out fliers to people in our neighborhoods, and invite people on social media. We were just surprised and rejoicing to see the turnout. It was just a great turnout.”

While many hope the fiesta will return in 2022, First Baptist Church will doubtless be on their street corner with lemonade and shade.