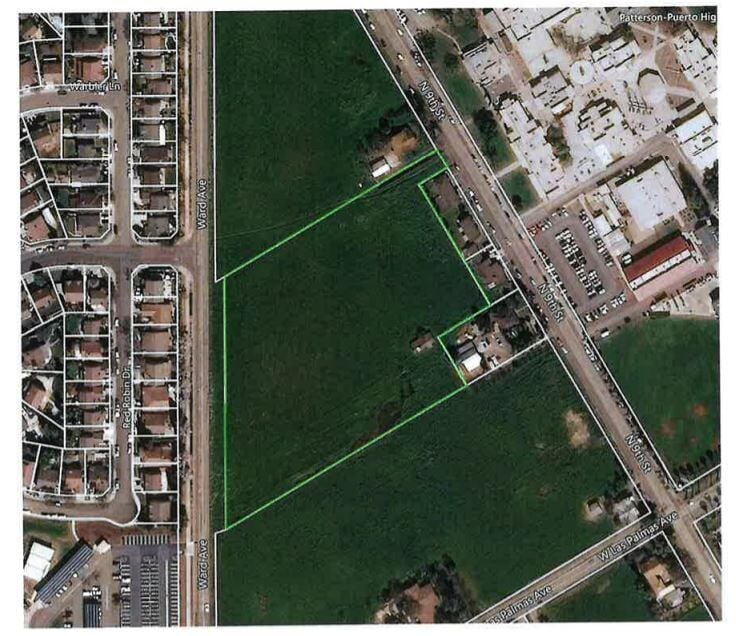 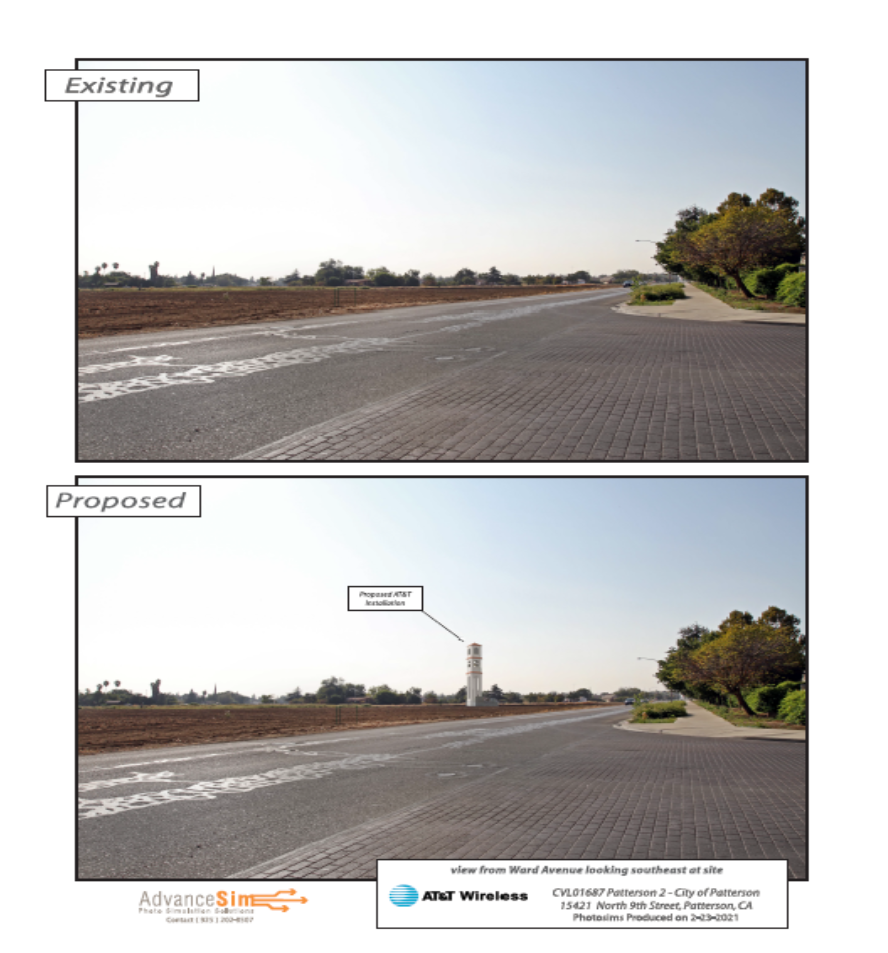 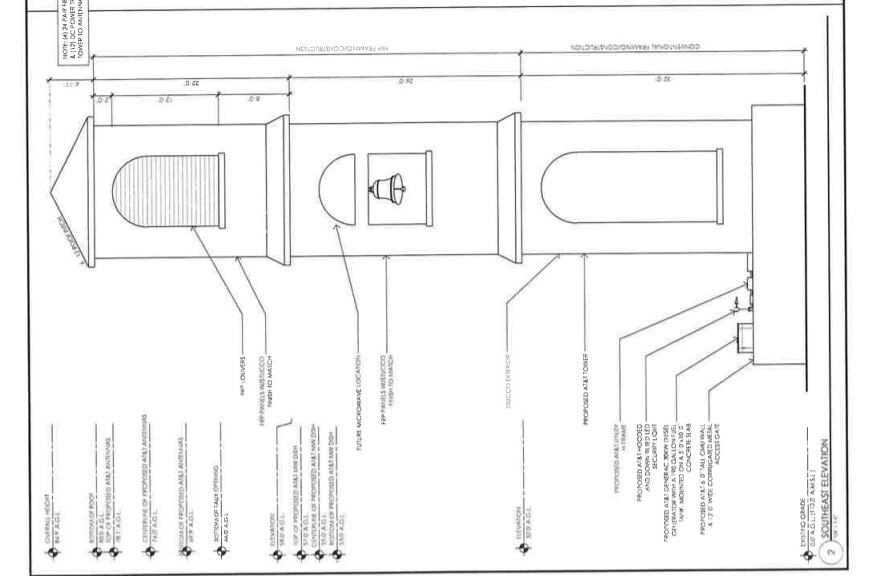 The Planning Commission will hold a public hearing to discuss adopting the negative declaration, and consider approval of a conditional use permit for the construction and operation of a new AT&T 5G cell tower to be located near the intersection of Ward Avenue and Las Palmas Avenue.

The summary of the negative declaration shows no significant conflicts with the city’s general plan designation or zoning, and no significant environmental impact in relation to the project. Areas that may see less than significant impact – zoning, dust and noise generation, and traffic during construction – have been noted in the report and mitigation plans are included in the report where necessary.

The project site is part of the undeveloped Centennial park project, a joint project between the City of Patterson and Patterson Joint Unified School District.

Future development of the park includes the school district’s performing arts building that is currently under construction, a community center, and various other outdoor reaction uses. The location is zoned as high density residential and will require a conditional use permit per municipal code.

Patterson’s municipal code requires antennas and equipment to be obscured from view or disguised to reduce the potential aesthetic impact. Historically, Patterson has chosen a palm tree design to disguise towers to better fit into the city’s overall motif. In this circumstance a mission style bell tower design has been chosen.

The bell tower design was selected to blend with architecture already found in the city as well as proposed architecture like the planned monument sign and more specifically, the Centennial Park proposal. The bell will only be for aesthetic purposes and will not generate sound.

Some concern regarding the tower’s potential interference with the school district’s LTE wi-fi network has been raised by the Superintendent’s office.

During the pandemic, PJUSD used one-time CARES (Coronavirus Aid, Relief, and Economic Security) Act funds to expand wireless internet access to all students and their families in the district. The project received nation-wide media coverage as the first in the nation to complete such a project which helped bridge the digital equity divide.

The proposed location of the 5G tower is in close proximity to the Motorola Solutions LTE towers used by families at Northmead Elementary, Del Puerto and Patterson High, and Las Palmas Elementary. Depending on the operation specifications of the 5G tower those towers could face significant or complete disruption rendering them useless and those one-time funds wasted.

During a recent school board meeting, Assistant Superintendent Jeff Menge told board members that although the proposed tower site is located in the joint project area, the district had not been consulted prior to the proposal of the tower.

The district requested and received further information about the project’s operating frequencies and specification to determine the potential impact to student access. CIty Planner Joel Andrews confirmed that the reports had been sent to the district and that FCC laws preventing interference would be followed.

When asked about the district’s concerns Menge said, “The city has assured us it will hold the vendor accountable, through language in the agreement with the city, that AT&T will be required to do an on-air study to demonstrate FCC compliance and show there is no interference with local signals, like our wi-fi. We trust that the city will hold true to this agreement and hold AT&T accountable to remedy the situation should any interference occur.”

If the Planning Commission approves the negative impact study, and grants the conditional use permit the project will go before the City Council for approval.