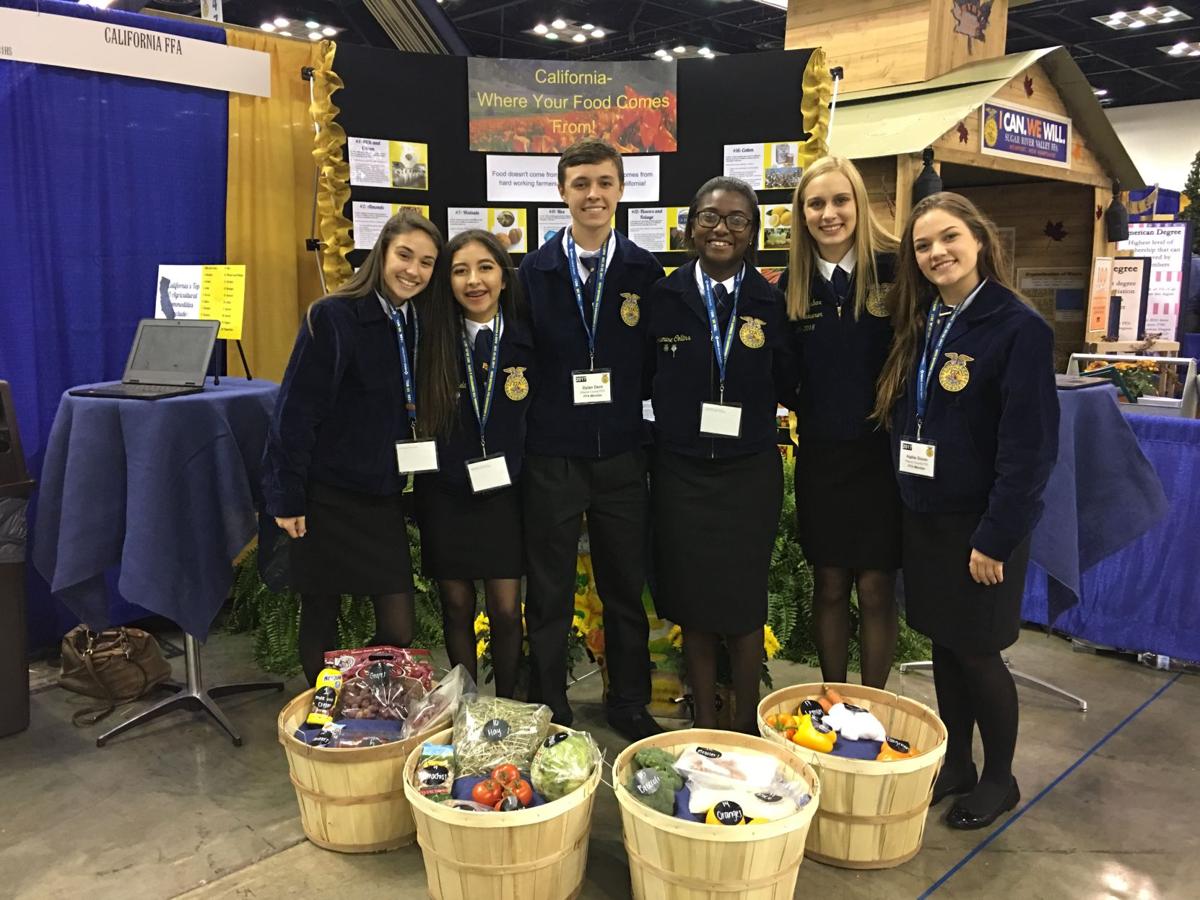 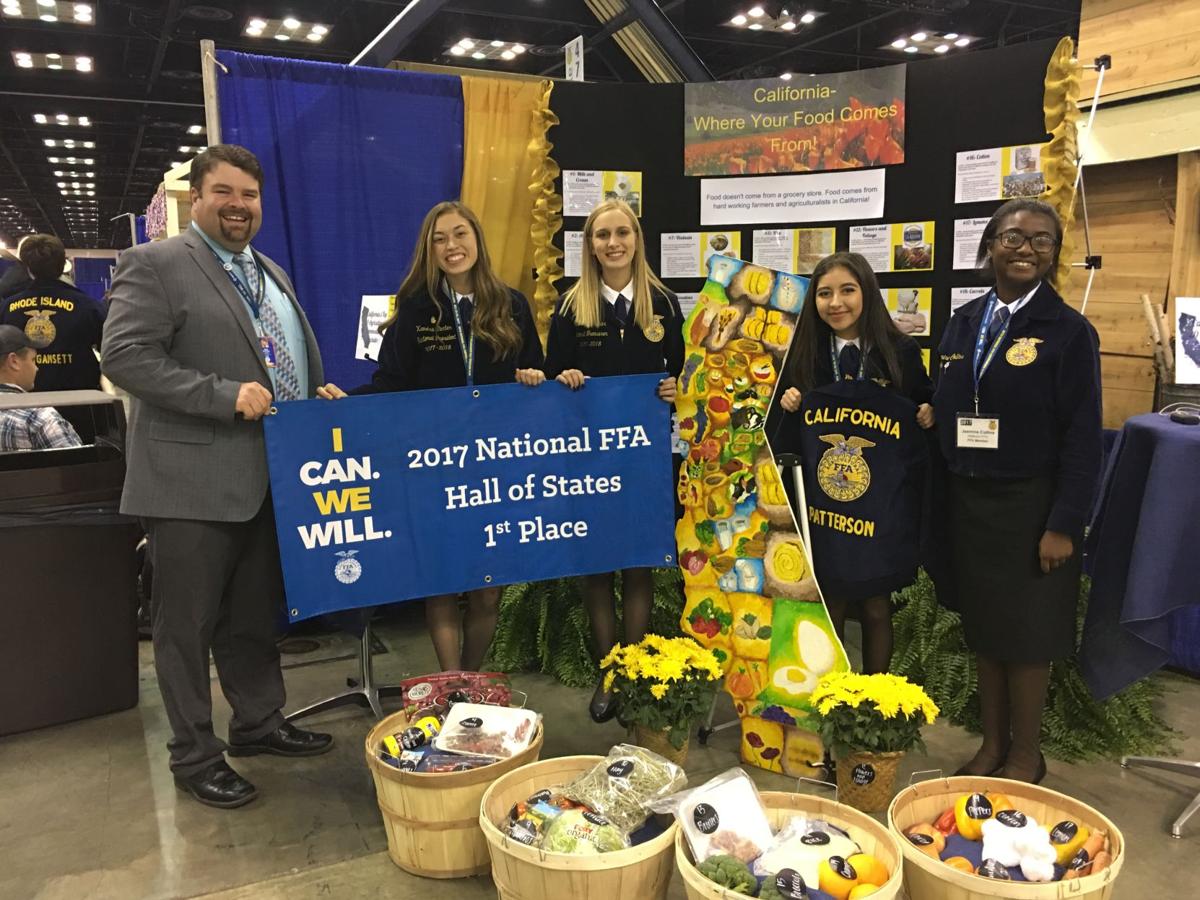 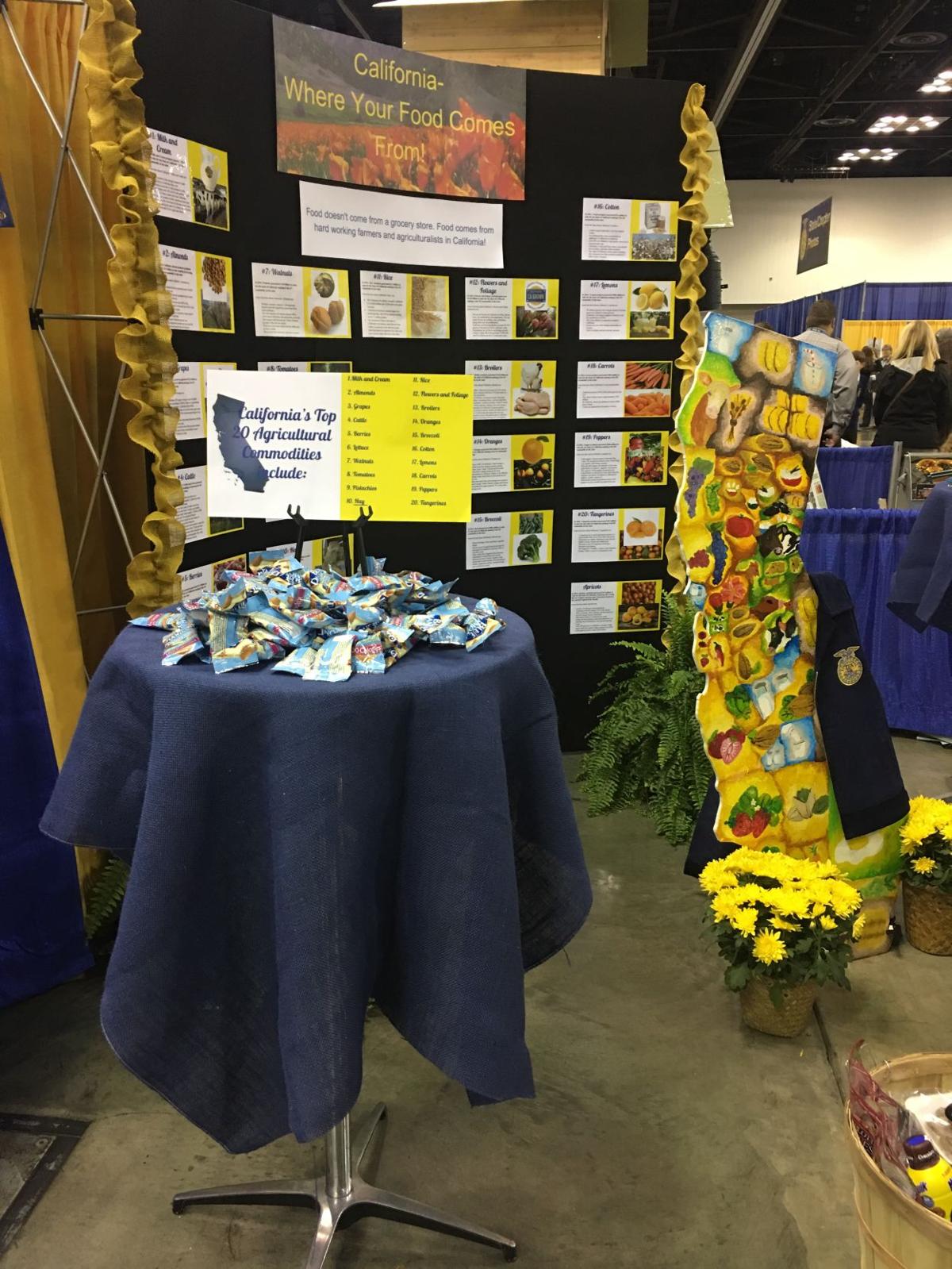 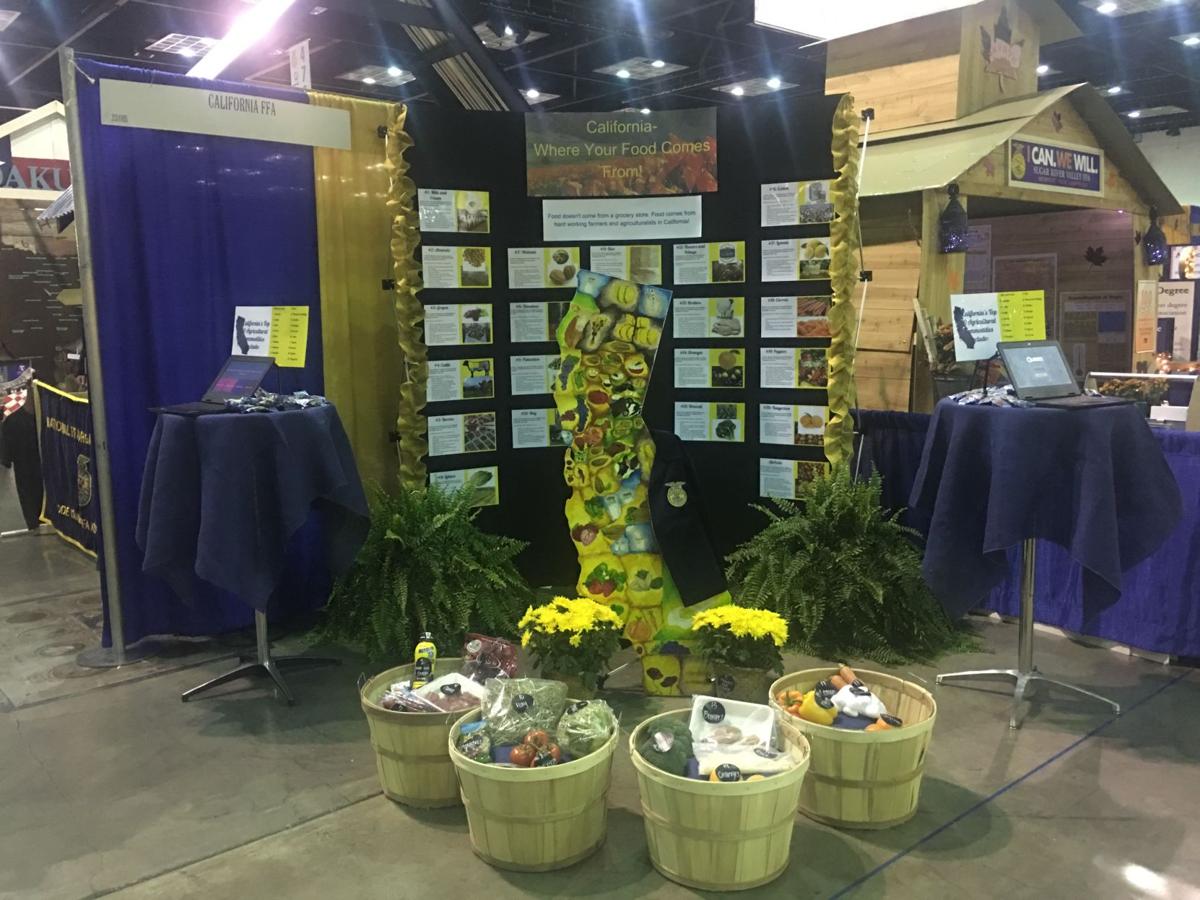 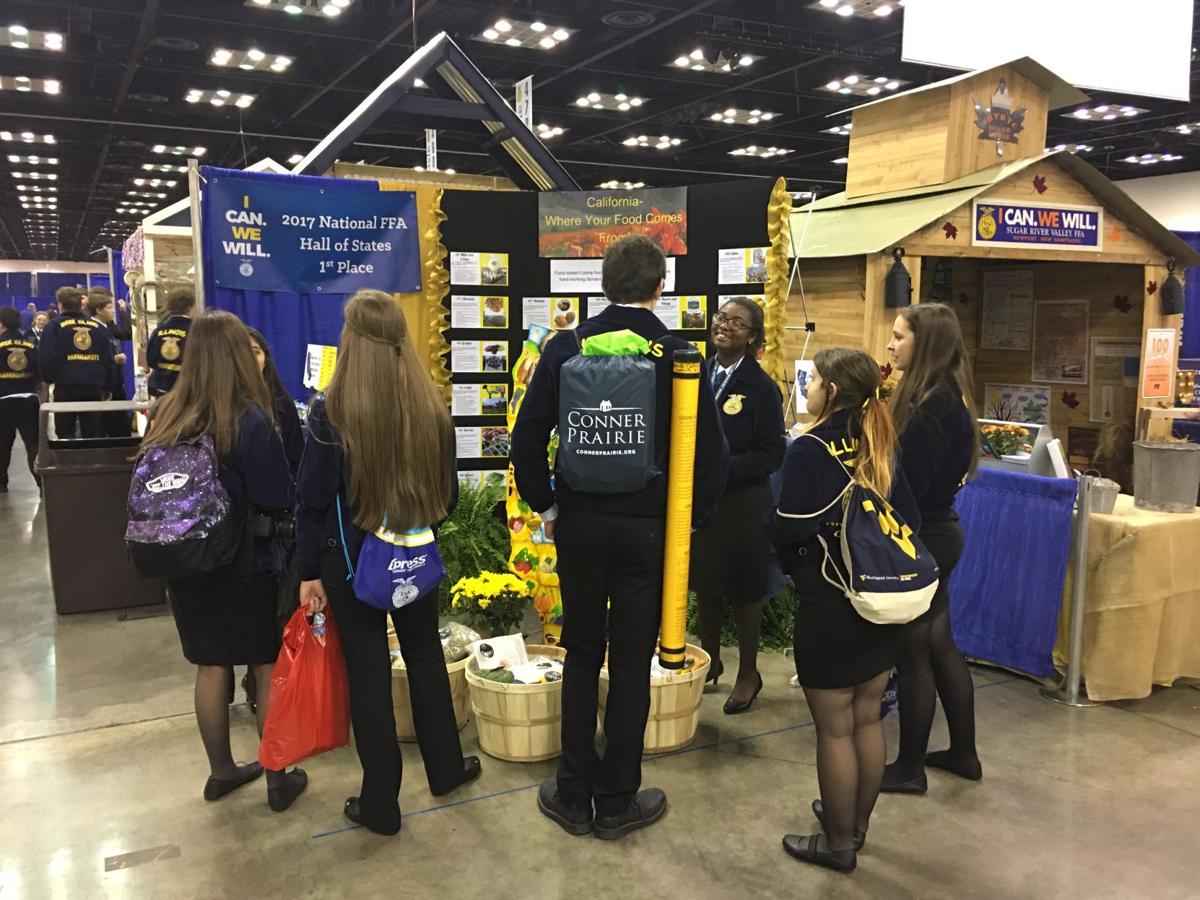 For three days, the students interacted with FFA members, FFA advisors, agricultural professionals and special guests at the National FFA Convention in the booth. The booth included a 4-foot wooden State of California painted by Patterson FFA and PHS art student Bryce Kelly.

The booth also depicted the top 20 Agricultural commodities, with informational signs and commodity examples in baskets.

The display also included two laptops with an interactive game for visitors to use to learn more about California Agriculture.

“The Patterson FFA members are extremely excited about this national win, as California FFA has never won this competition before,” Green said.

“The win would not have been possible without the kind donation of almonds from Blue Diamond and the assistance from Yosemite Farm Credit in Patterson with shipping to Indianapolis, and the hard work put together by Bryce Kelly to beautifully paint the wooden State of California!” Green added.