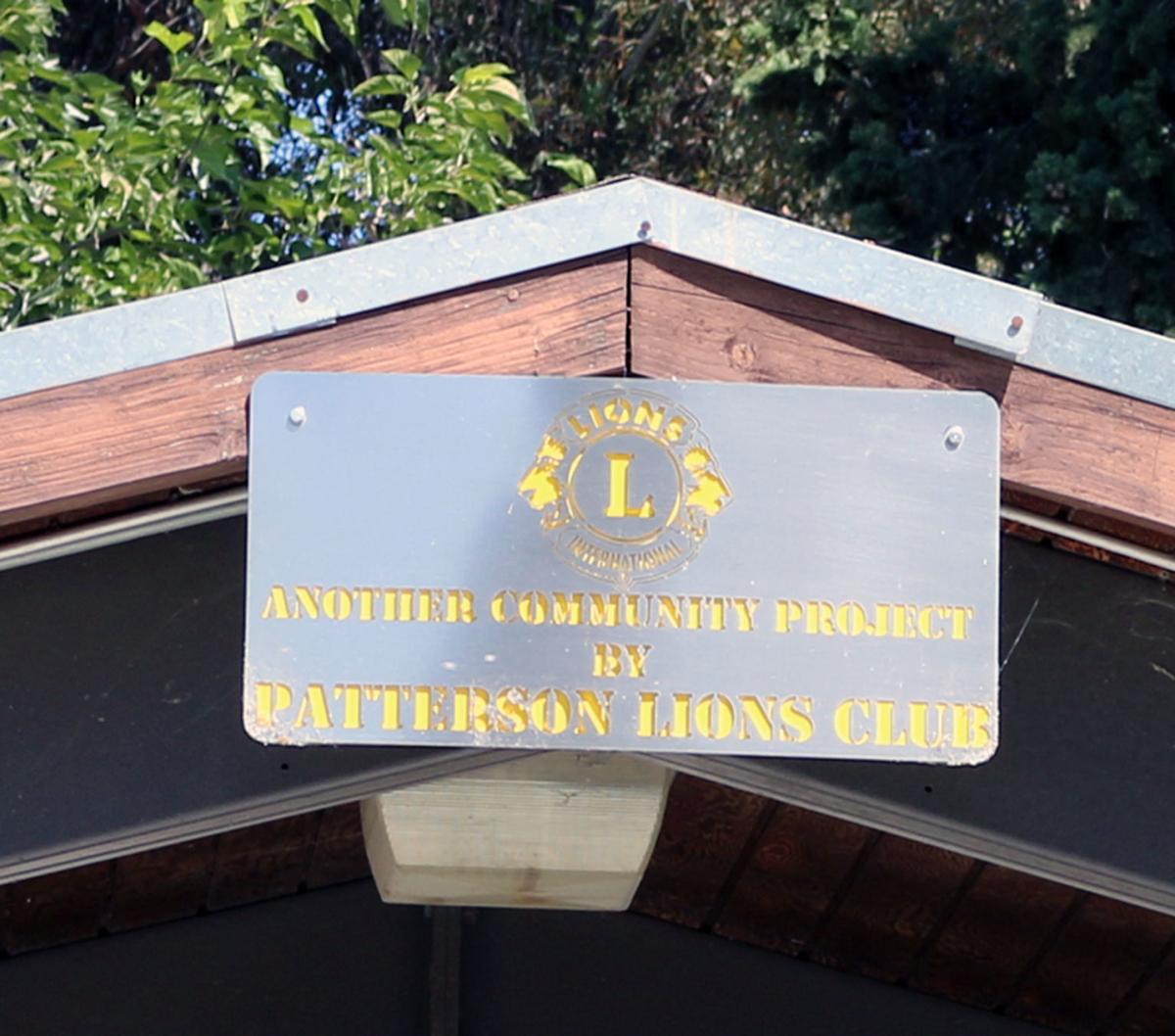 A view of the 'Lions Project' sign above the picnic shelter at North Park, taken on August 31. Among its many other endeavors, the club, which has cooked the Apricot Fiesta chicken dinner at the park for many years, has been revamping the cooking facilities in the picnic area. 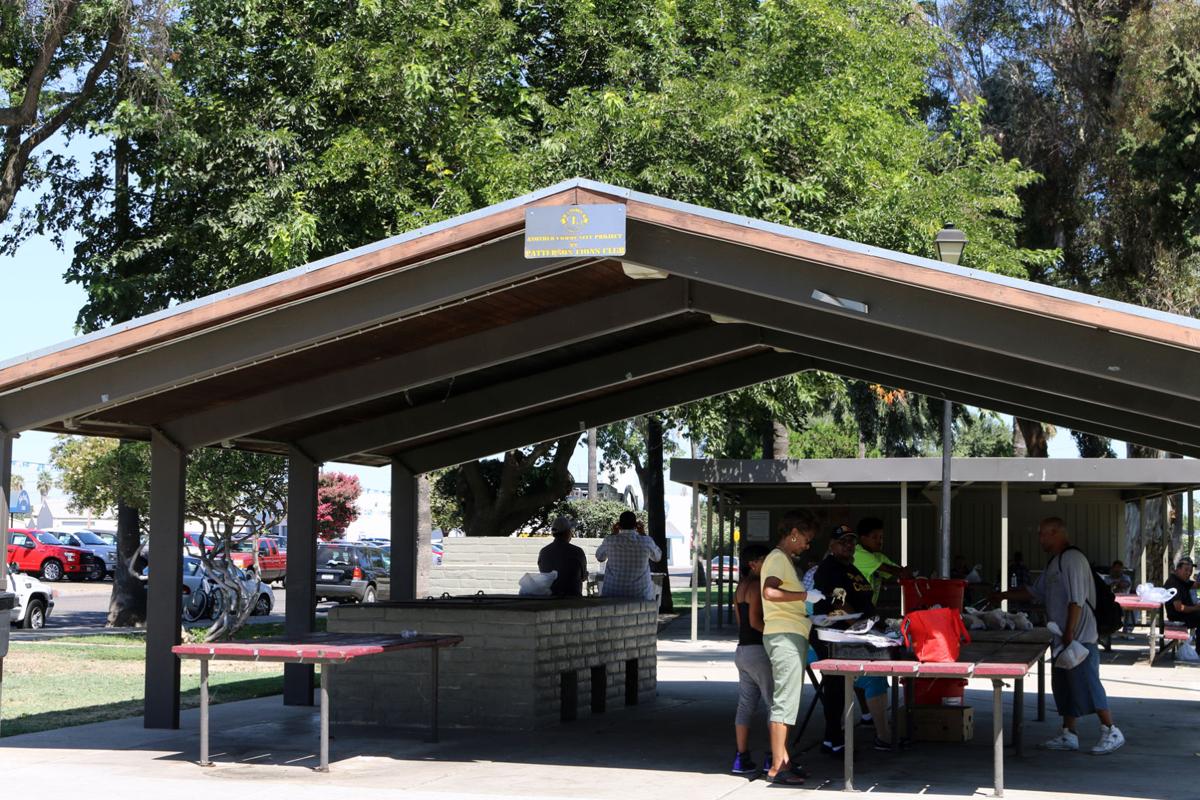 A view of the picnic area at North Park, taken on August 31. Note the sign, center top, designating the area as a Lions Club project. 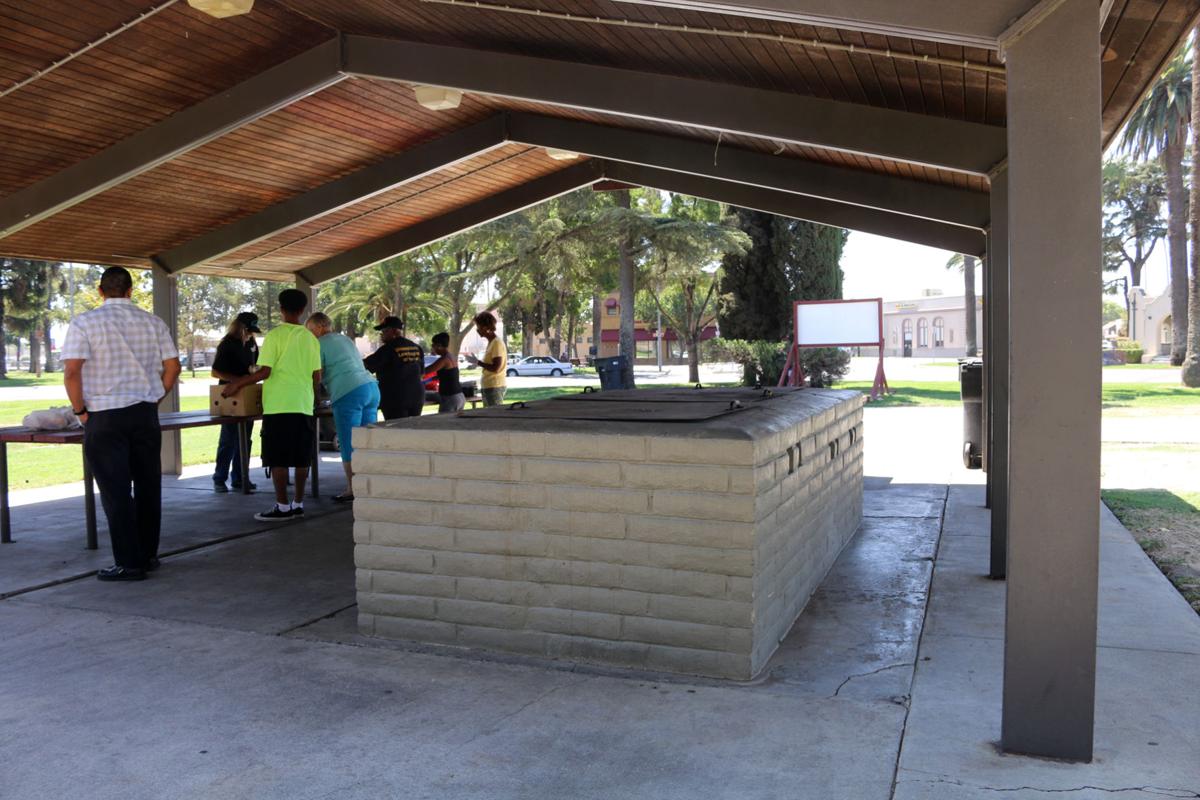 The concrete enclosure housing the bean pots at North Park, taken on August 31. The pots and structure is on the list of things to be revamped by the Lions Club in the picnic area at North Park. 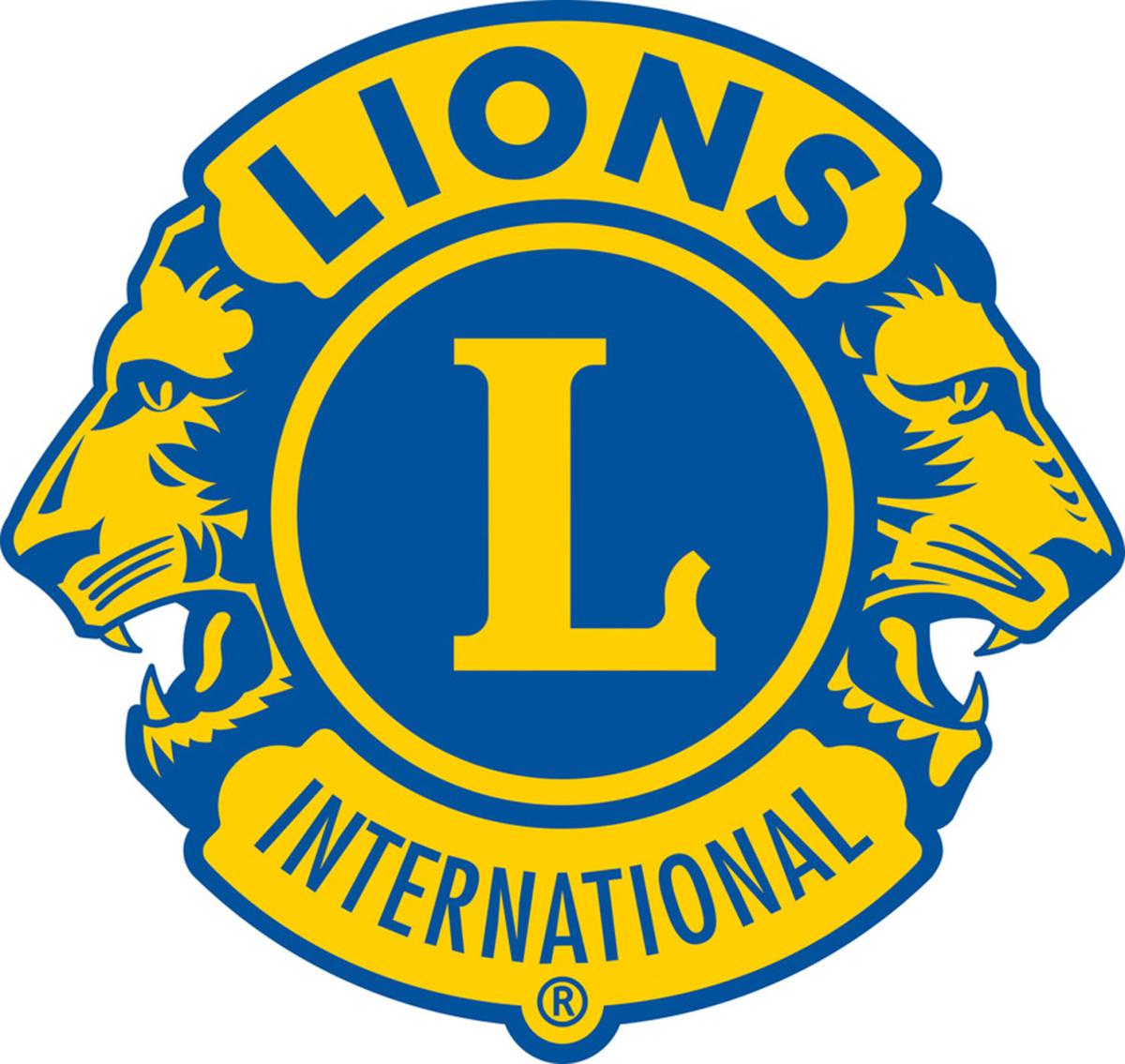 A view of the 'Lions Project' sign above the picnic shelter at North Park, taken on August 31. Among its many other endeavors, the club, which has cooked the Apricot Fiesta chicken dinner at the park for many years, has been revamping the cooking facilities in the picnic area.

A view of the picnic area at North Park, taken on August 31. Note the sign, center top, designating the area as a Lions Club project.

The concrete enclosure housing the bean pots at North Park, taken on August 31. The pots and structure is on the list of things to be revamped by the Lions Club in the picnic area at North Park.

The Lions Club International fraternity was founded in 1917. The local chapter was established in 1947, and has been active since.

The group’s name is actually an acronym: ‘L’ stands for liberty, ‘I’ for intelligence, and ‘O’ and ‘N’ for our nation’s safety. The Lions’ emblem consists of a gold letter ‘L’ on a purple or blue field, with the words “Lions” and “International” at the top and bottom, respectively. The design also includes two lions, symbolizing that the Lions face the past and future with pride and confidence.

The color represents loyalty to friends and oneself, as well as integrity of mind and heart. The gold symbolizes sincerity of purpose, liberality in judgement, purity in life and generosity in mind, heart and purpose toward humanity.

There are currently 85 members of the Patterson Lions club, ranging in age from young men not long out of school to those who are retired.

The first community service project the group undertook was to provide a two-way radio for the city to use in a police car. (Presumably, Patterson had only one police car in the late 1940s.)

The Lions, whose main fundraising activity is barbecuing, built, and later rebuilt, the original barbecue pits at North Park. The group has recently removed that structure, replacing it with a concrete slab for the large, portable barbecue equipment they built and bring to the park and other locations during fundraisers.

They have been working on other improvements to the picnic area as well, and the next project in their sights is the bean pot structure. The pots are old and corroded, and the group plans to replace them, possibly with a completely different set-up.

The Lions Club has sponsored many other community projects, including improvements at the Patterson High School Stadium, beginning years ago with the construction of the stadium itself. They have also sponsored lights for the facility, and, most recently, the new press box.

The Lions Club supports education in a number of other ways, including the annual Lions Club Student Speaker contest that began in 1948. Successful contestants advance to the Zone, Regional and District competitions. Patterson High student Shreya Parjan won both the local and Zone competitions this year.

One of the main areas of emphasis for the Lions International Club is eyesight; the local group supports the Lions Eye Foundation of California-Nevada. The Lions also provide eye exams and glasses to Patterson students who need them.

Lions Club members enjoy a unique camaraderie, and the club’s membership includes more than one father-son duo. In fact, three generations of the Lara family have been involved: the late Richard Lara, his son Michael, and grandson Jarod.

Past President and current board member Michael Lara enjoys being part of the group, and likes the club’s emphasis on eyes and vision, as well as “the good we do for the community.”

“All the money we generate stays in the community,” Lara pointed out.

Asked if there was any aspect of being a Lions club member he particularly enjoys, Lara said with a laugh, “I enjoy it all.” He then mentioned several recent projects, including the bleachers at the Patterson High stadium several years ago, the new press box at the stadium and the longer-term project the group has been working on in North Park.

“We’ve cleaned up the park, and we’re trying to do a little more,” Lara said. There’s good reason for the club to focus on the picnic area: the chicken barbecue they sell there during the Apricot Fiesta is legendary.

As part of their fundraising activities, the group auctions off their barbecue services – at an upcoming event, the group will auction off a dinner for up to 20. The highest bidder will provide the food, which the club members will cook. The funds will go support the Lions’ community service efforts.

Like his father, the younger Lara enjoys the events the group puts on. “We have fun as a group.” Like his dad, Jarod enjoys the chicken barbecue during the Apricot Fiesta.

His favorite event, though, is the group’s annual Halloween dinner fundraiser and costume party.

The group’s membership has been growing, Jarod said, and its membership includes a wide range of ages. “The club is for everybody,” Jarod said. “You do make some friends.”

The Lions meet twice a month for dinner and socializing. There is a speaker once a month, and topics vary according to club members’ interests. Past speakers have included a member of the Sheriff’s Department speaking on crime and prevention, as well as someone from the Department of Water Resources regarding agricultural water use (many of the club’s members are farmers).

During warm weather, the dinners are held at North Park, 7 p.m. on the second and fourth Wednesday of the month. Men of all ages are welcome to come and learn more about the group.