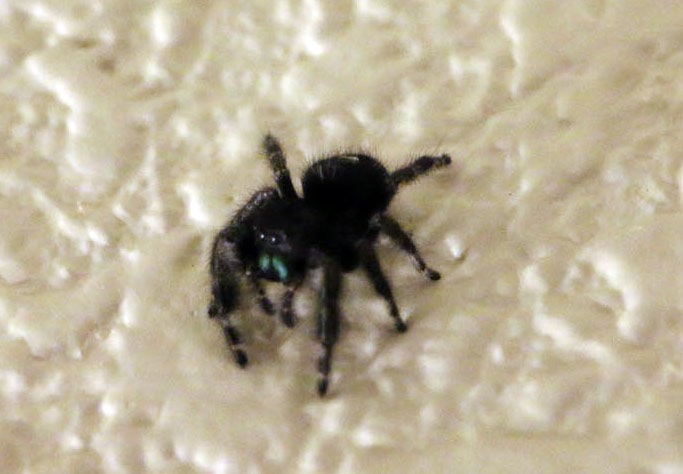 Up close and personal with a jumping spider on June 8. A member of the Salticidae family, this jumping spider is Phidippus sp. Note the green mandibles, and white hourglass just visible on its back. This specimen may be a male. 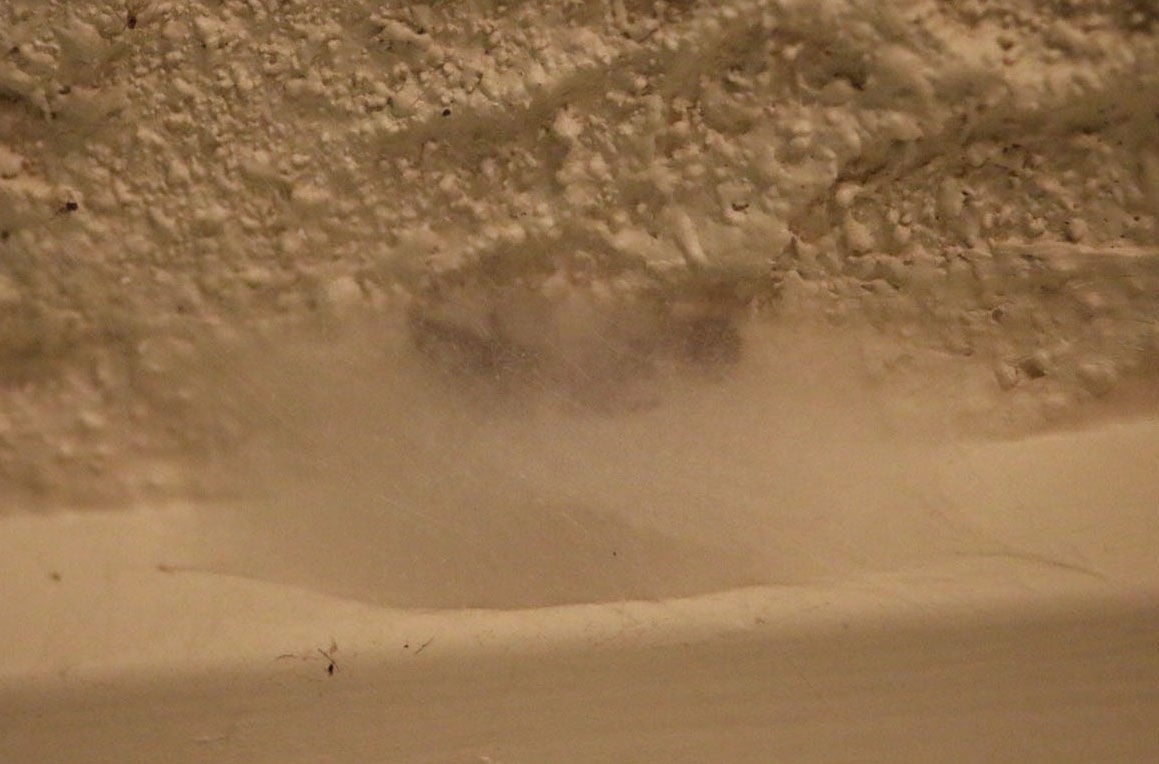 This mama spider has spun herself into an egg sac. About a hundred little spiderlings should emerge in three to four weeks from when the sac was created. Photo taken on June 8. 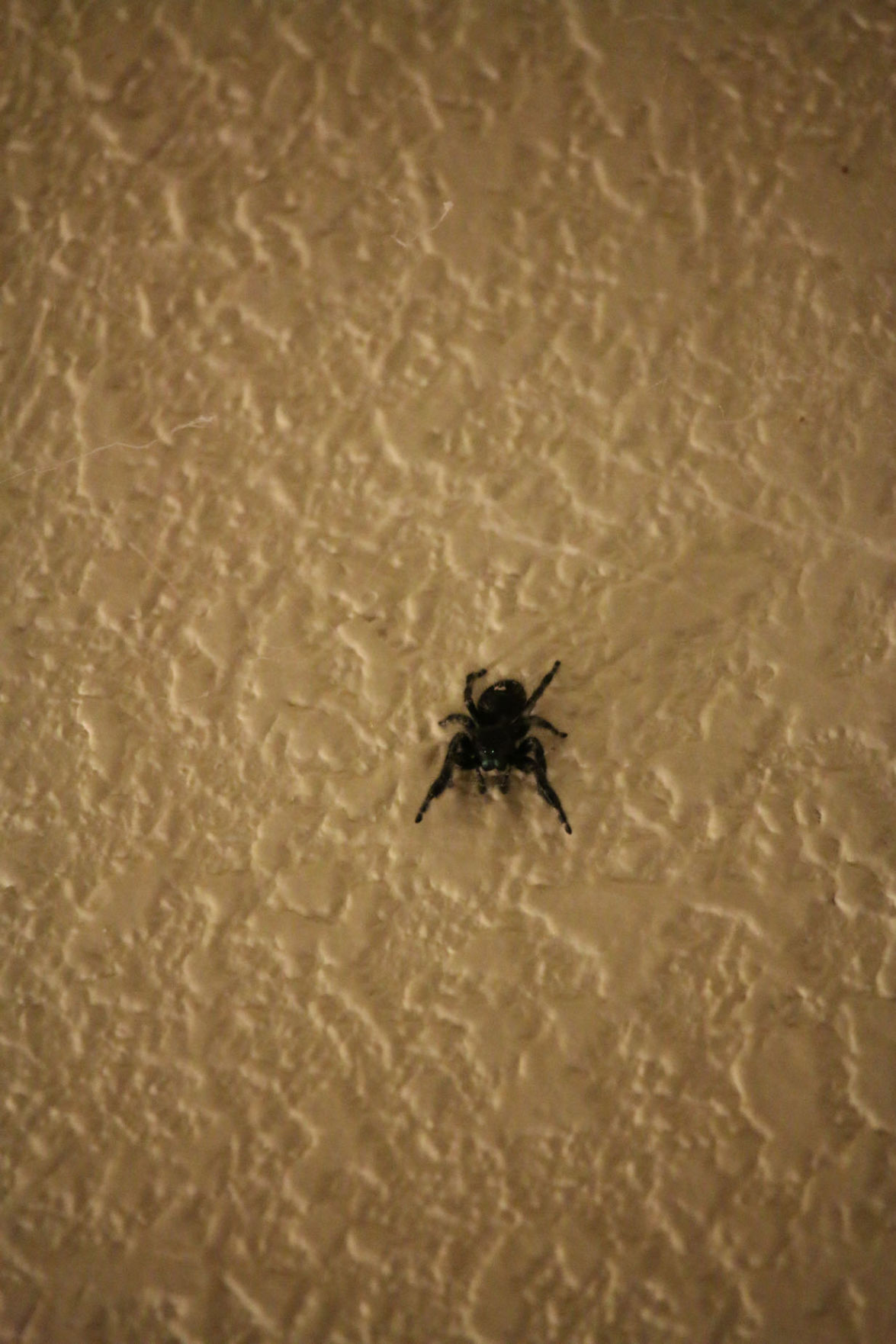 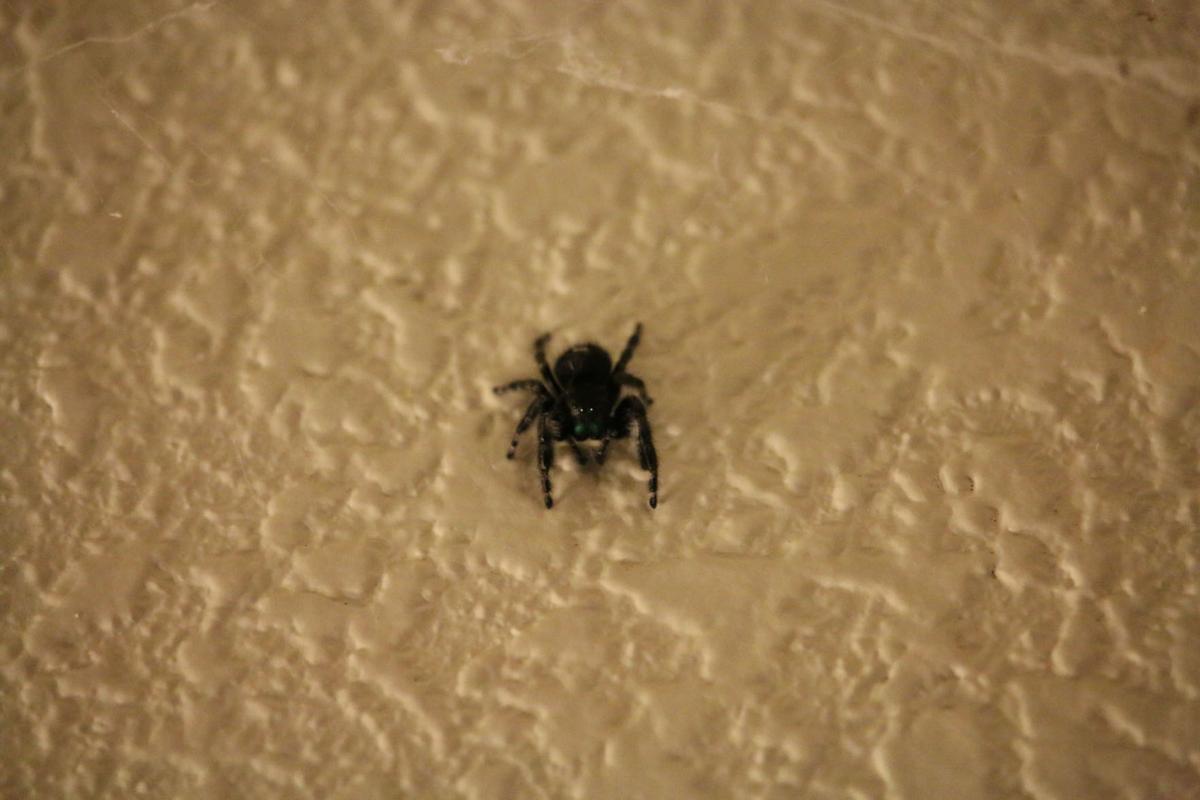 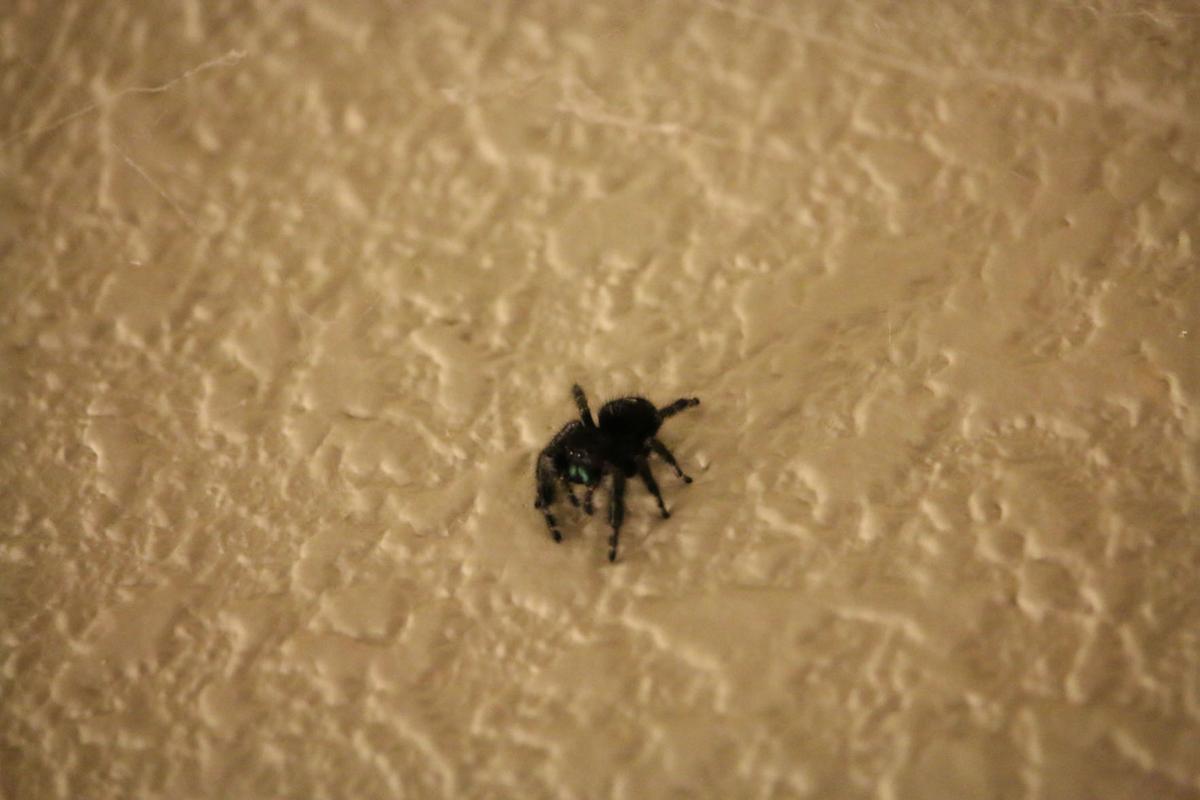 Up close and personal with a jumping spider on June 8. A member of the Salticidae family, this jumping spider is Phidippus sp. Note the green mandibles, and white hourglass just visible on its back. This specimen may be a male.

This mama spider has spun herself into an egg sac. About a hundred little spiderlings should emerge in three to four weeks from when the sac was created. Photo taken on June 8.

If you haven’t noticed, you’re probably not bothered by arachnids. But the small, hairy black spiders that are called, oddly enough, jumping spiders, have returned.

Most resources will tell you that the bite of the little creepy-crawlies isn’t dangerous.

To be honest, most spiders don’t bother this writer. In fact, to quote the Man of the House, “anything that eats bugs for a living is fine with me.”

The two exceptions, for me, anyway, are black widows – and jumping spiders.

And I’m not the only one. In a previous incarnation as a city employee, I once fielded a call from a mom concerned about the “tarantulas” at one of our local parks.

It’s not just that the little jumpers are spiders – it’s that they can actually see, and react to, the world around them – and any efforts we humans might make to send them to the next world.

I’ve even had one jump on me, while I was plotting the best way to sneak up and do it in. (They can jump up to 50 times their own length.)

And that’s not all. They can actually hear, as well.

If a spider that can see and hear what you’re doing, and can jump on you isn’t freaky enough, scientists have just discovered that the little critters are actually intelligent, and can think their way around obstacles to get to their prey.

As it turns out, they’re actually fascinating little creatures, who can be trained to jump on command (although, unless you’re a scientist studying them, I’m not sure why you’d want them to).

There are thousands of species of jumping spiders, and they live virtually everywhere in the world – except in areas of extreme cold.

Jumping spiders don’t spin webs as other arachnids do, but they do attach a thread for safety, just before they jump.

The females also spin an egg sac, or “hammock.”

At mating time, the males actually “sing” and dance to attract a mate. (Very entertaining videos of male spiders showing off their song-and-dance routines are available online.) And they do it as if their lives depended on it – which they do. If the female being courted isn’t impressed with a particular male, she just might decide to eat him. Even if she likes him enough to mate with him, she might eat him anyway – especially if he doesn’t get away quickly enough once the romantic encounter is over.

In fact, I’ll even go so far as to profess a pseudo-scientific interest in the little critters, and so have allowed a female to remain in my home after she had spun an egg sac. But now that I know for sure that about a hundred little jumping spiderlings will eventually pop out of it, I’m debating whether to let Mama Spider stay.

Then again, maybe I will – they do eat bugs for a living, after all.

And who hasn’t wondered what a baby jumping spider looks like?

Bet they’re cute as can be…