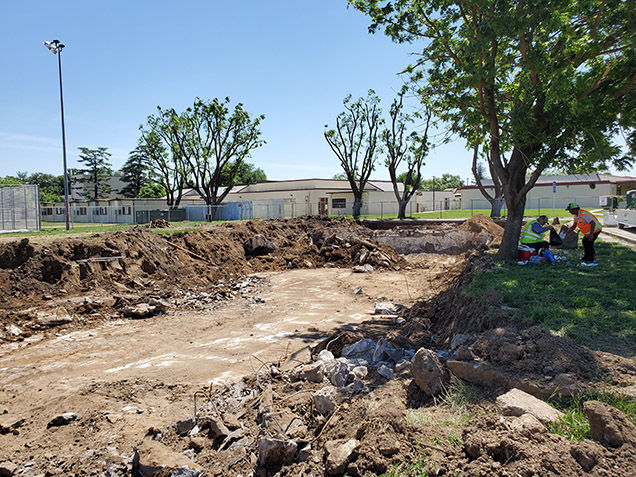 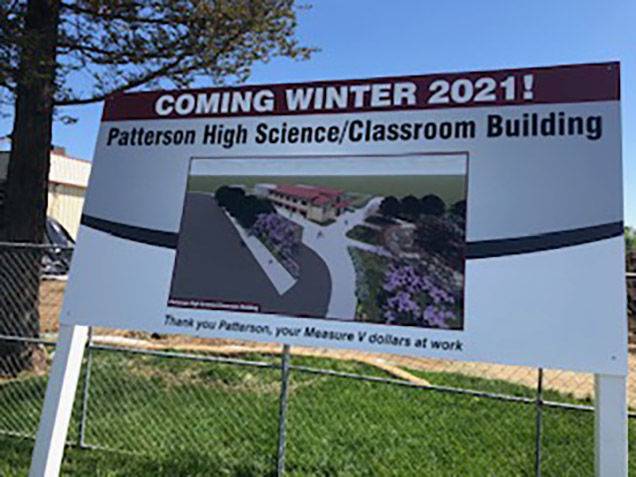 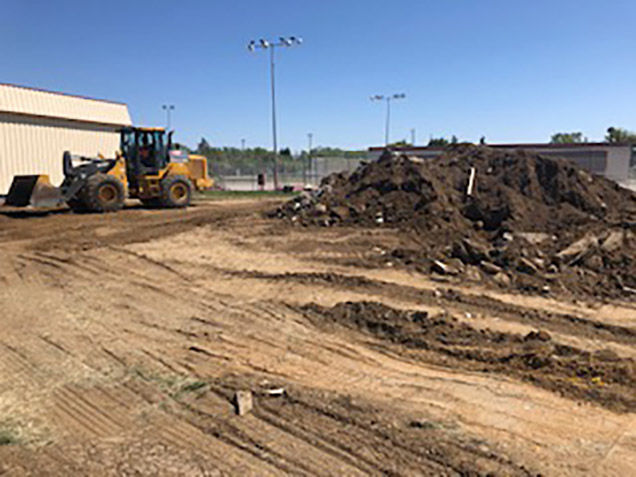 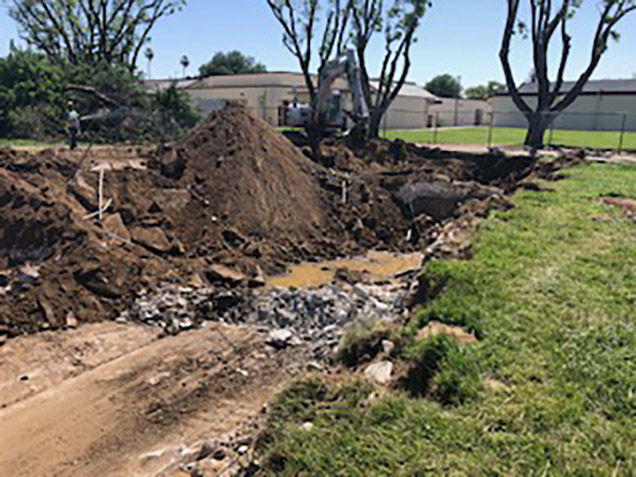 Construction on a two-story science building located near the tennis courts at Patterson High School started with the excavation of what used to be the site of the Halley Memorial Pool.

Built back in 1935, the complex was divided into three sections: an Olympic sized pool in the center abutted on the south end by a lap pool and the north end by a shallow wading pool.

Owned and operated by the high school, the pool also served the community until the seventies when maintenance costs forced its closure.

Rumors that the closure of the pool was connected to a prank that included a livestock animal have circulated for decades. The Irrigator can confirm that there is no historical information that a cow was ever dumped in the pool nor have any bones been found during excavation.

The new science building, as well as the theater and gym that are to follow, is funded by taxpayers through Assembly Bill 48 or Prop 51. Both school bond measures provide funding for infrastructure projects within public schools.

Patterson Joint Unified School District expects that the building will be completed in time for the start of the 2021 school year.