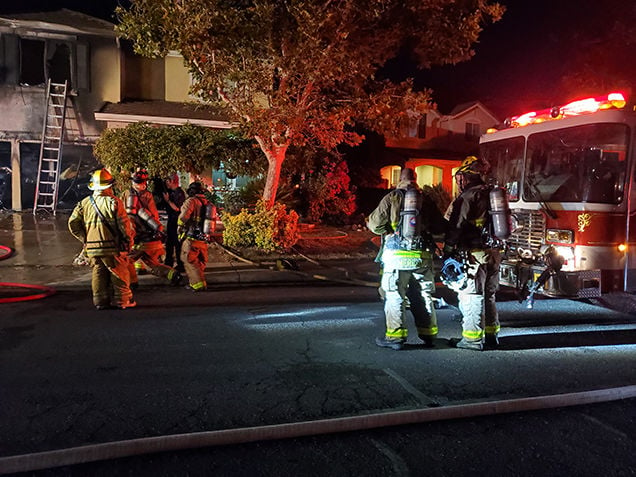 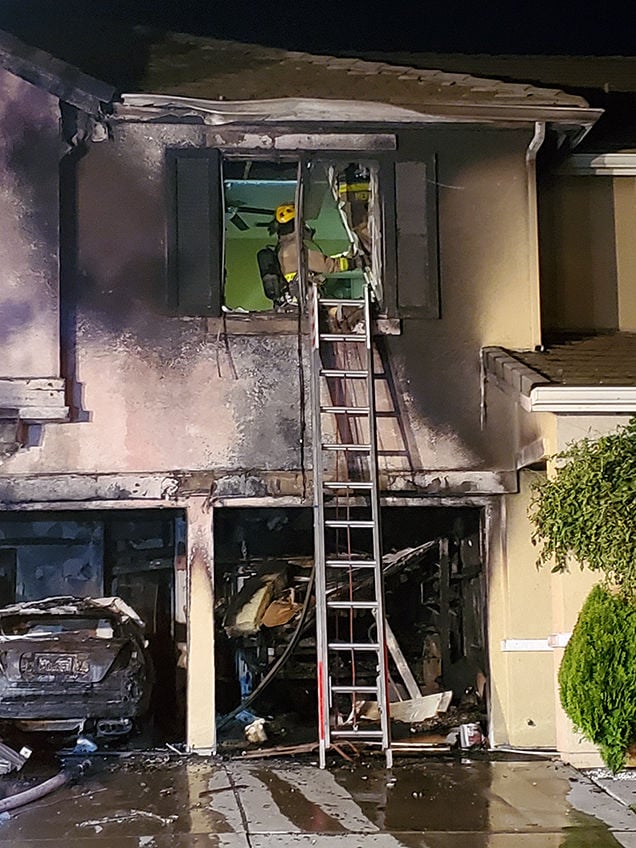 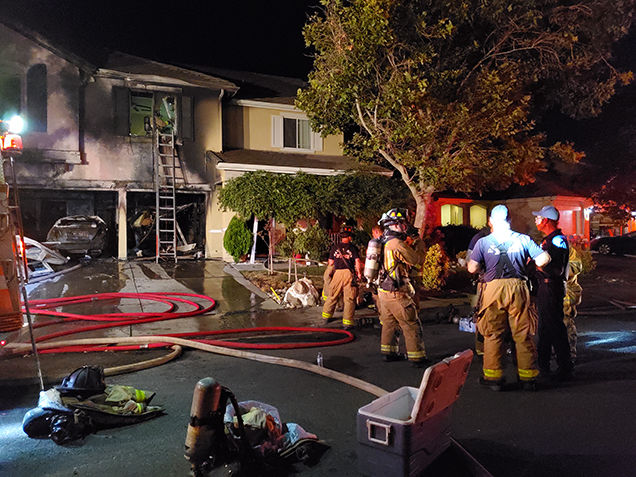 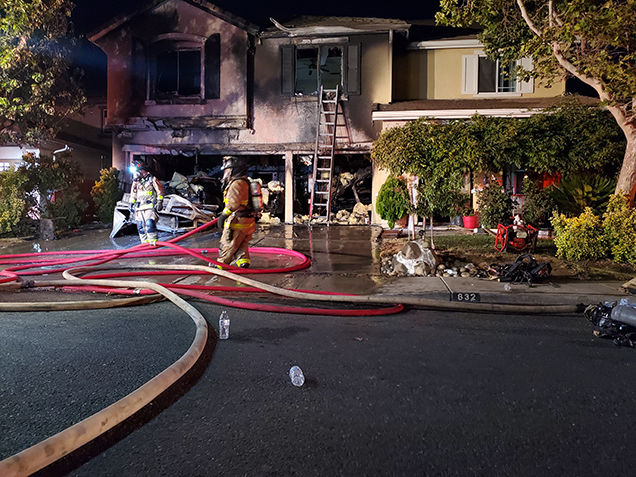 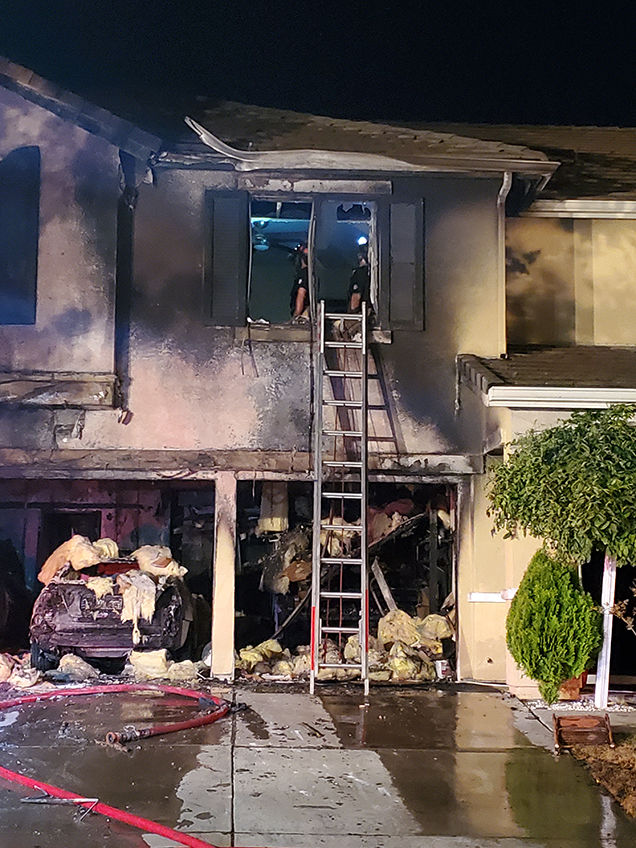 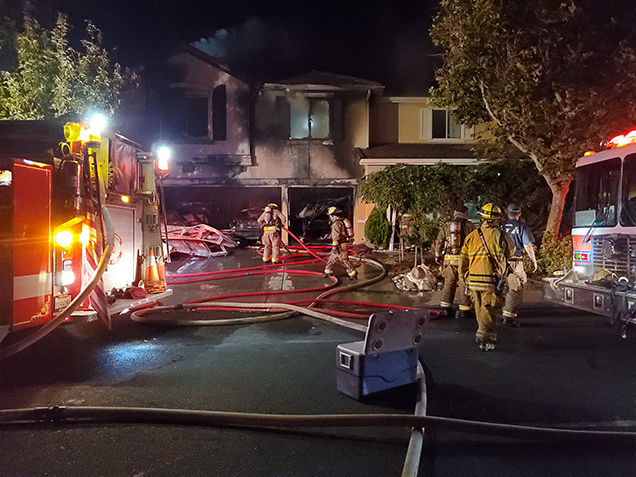 Unfortunately, some fireworks on July 4 destroyed property, started vegetation fires, and kept every fire resource available to Patterson busy through the night.

The most damaging of the fires was a house fire on the 600 block of Roadrunner Drive.

The fire quickly consumed two vehicles and the interior of the home when a “safe and sane” firework shot into the open garage. Stanislaus Regional Fire Investigation Unit confirmed the use of legal fireworks in the course of their investigation.

Patterson Fire, Westley Fire, and Cal-Fire arrived quickly and were able to prevent the flames from spreading to neighboring houses.

While firefighters were still inspecting the house’s interior to verify containment, Chief Jon Schali started redirecting crews on scene to attend other calls for vegetation and structure fires.

Falling embers ignited a house fire on the 900 block of Mary Jane Avenue while the occupants slept. The family escaped harm after being alerted by their dogs. The homeowner used a garden hose to combat the fire until West Stanislaus Fire arrived, which didn’t take long as they were four houses down at another structure fire caused by fireworks. Both fires were contained to a small portion of the roof and attic.