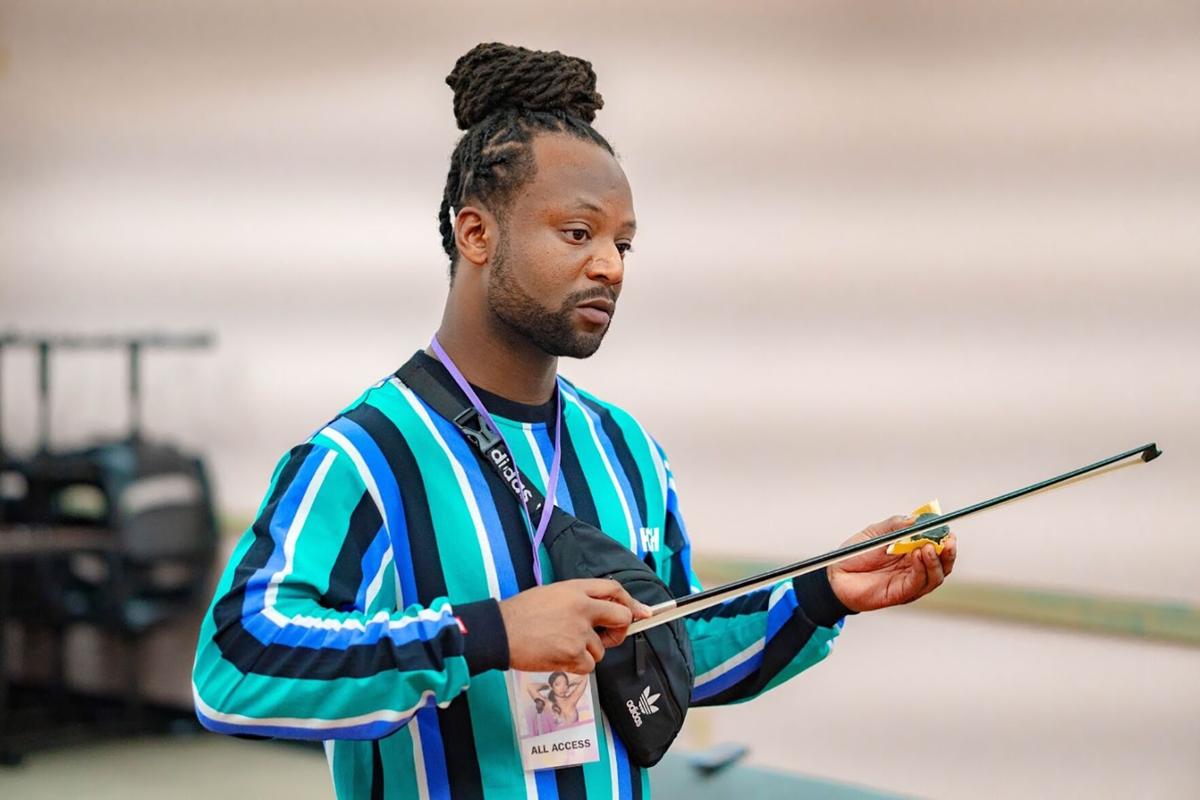 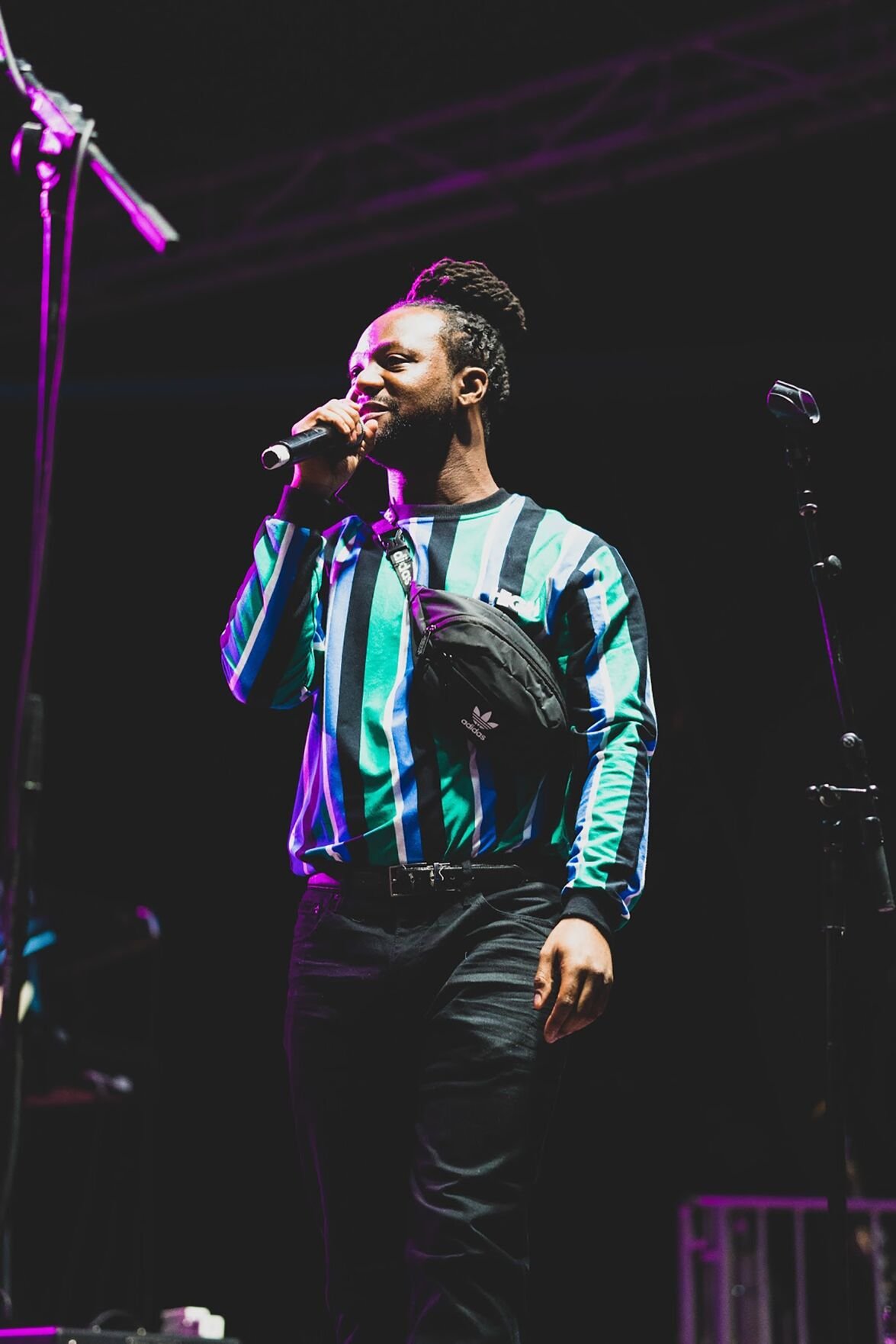 Former Patterson resident and Patterson High School class of 2009 graduate, Jelani Brown, has been hard at work making his passion for art and music a reality. In May of last year, Brown graduated with a Bachelors of Arts in Music Management from the University of the Pacific Music Conservatory.

The PHS graduate moved to Patterson from San Jose during his sophomore year and is no stranger to being in the Irrigator as he was often covered for sports like: basketball, track and football. While In Patterson Brown played Violin in an Indie-Rock band called Dim City Lights, and performed at the Patterson Skate Park when it first opened with his Hip-Hop group, Imprint.

While at UOP, Brown released the first hip-hop album on the student-led label, “Pac Ave Records,” in it’s 140 year history. The album, titled “Higher Learning, Vol. 1” has garnered much attention in the progressive, underground music scene, as his hit single, “Still” has gotten over 100 thousand plays. The album was part of Brown’s senior project, and led to him opening for acts such as the Bay Area’s P-Lo and R&B Singer/Songwriter and Film Star, Kiana Lede.

Working as a Communication Outreach Coordinator for the Black Wing Foundation, Brown helped to raise over 25,000 dollars to help fund music education in the San Joaquin Valley and was invited to act as a liaison between the San Joaquin Valley and the Little Kids Rock Foundation. The foundation, which has A-List endorsers such as Carlos Santana and James Hetfield, helps to empower educators nationwide to expand, restore and innovate music programs in schools.

“I had the opportunity to go to one of their workshops in Colorado,” said Brown. “It was a trip. Just to be able to sit down and learn the piano through Beyonce and Taylor Swift songs, I was like, ‘I wish my professors would have used these methods instead.’ [As the liaison] I had to make sure that the teachers had what they needed, whether it was instruments or making pamphlets or to just making sure the kids had what they needed.”

But the year of Brown’s emergence didn’t come without its scares and afflictions. Besides dealing with the worsening COVID-19 pandemic, Brown also had to care for his father who suffered a stroke, the death of his friend and Patterson resident, Felix Mapanda Jr. and a robbery which stripped him of all his musical instruments and technology.

“2020 was a whirlwind,” said Brown. “From trying to figure out life in a pandemic and after a pandemic to trying to finish my education and taking care of my father who had a stroke and [then] my friend Felix went missing. I just put all my thoughts and feelings into that.”

After borrowing a friend's Violin until he could save up to buy his own, Brown was walking from class to another at the University when suddenly a car pulled up and 4 men robbed him at gunpoint, stripping him of the Violin and the music technology he was using for his senior project.

“I had been at UOP for almost two years. I had just switched my major from Music Education to Music Management and I was going to meet with a friend to study for our orchestration mid-term that we had the next day. As I was walking to my car, 4 guys hopped out of a car and stripped me of all my belongings [including] everything that I used to make music. It was heartbreaking,” said Brown. “...The Violin was lent to me by a friend that I met [while attending] MJC and we both ended up at UOP. She leant me her violin while I saved up to get my own and I ended up getting robbed. [They also] took all my books and a laptop I just bought that summer that I was making music off of. But I was able to make it through that by the grace of a lot of friends and the community at UOP the Music Conservatory they came together to make sure I had the tools I needed to keep going.”

The robbery acted as a catalyst to Brown’s hit single, “Still.” Which is currently his most streamed song on Spotify at over 100 thousand plays.

“Still is about learning how to trust the process,” said Brown. “ It’s about what are you still processing, you know? But also understanding that you can still overcome no matter what it is...My junior year at UOP I was taking jazz piano at the time and we had to learn minor 2 5 1. I went to practice and it just hit my heart differently in a different key. I had this trauma and triumph and tragedy in these chord progressions.”

Brown is currently living in Berkeley and working as a Barista and Music Instructor for Violin, Music Production and Songwriting. He is currently working on a follow up to his Higher Learning, Vol 1. EP called “MIA” which is intended to let his audience know about what life was like in quarantine.

Jelani Brown’s Higher Learning, Vol. 1 EP can be streamed and downloaded via Spotify, Apple Music, Itunes and Deezer. You can follow him on Soundcloud and Instagram @Iamjelani.

“Dream big and be persistent...Don’t let anything stop your creativity. You never know when your hard work is gonna pay off.”