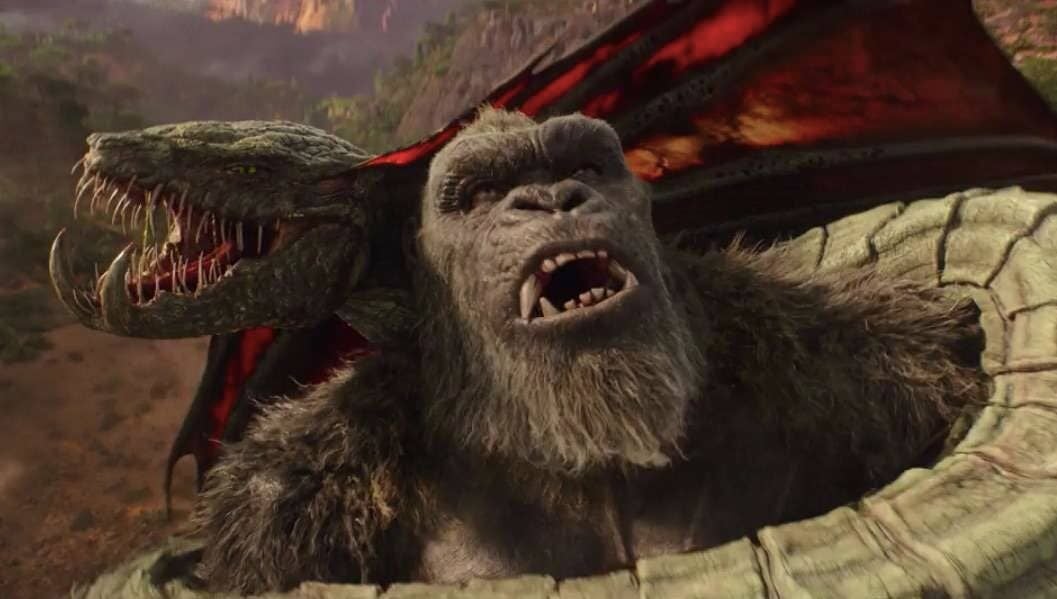 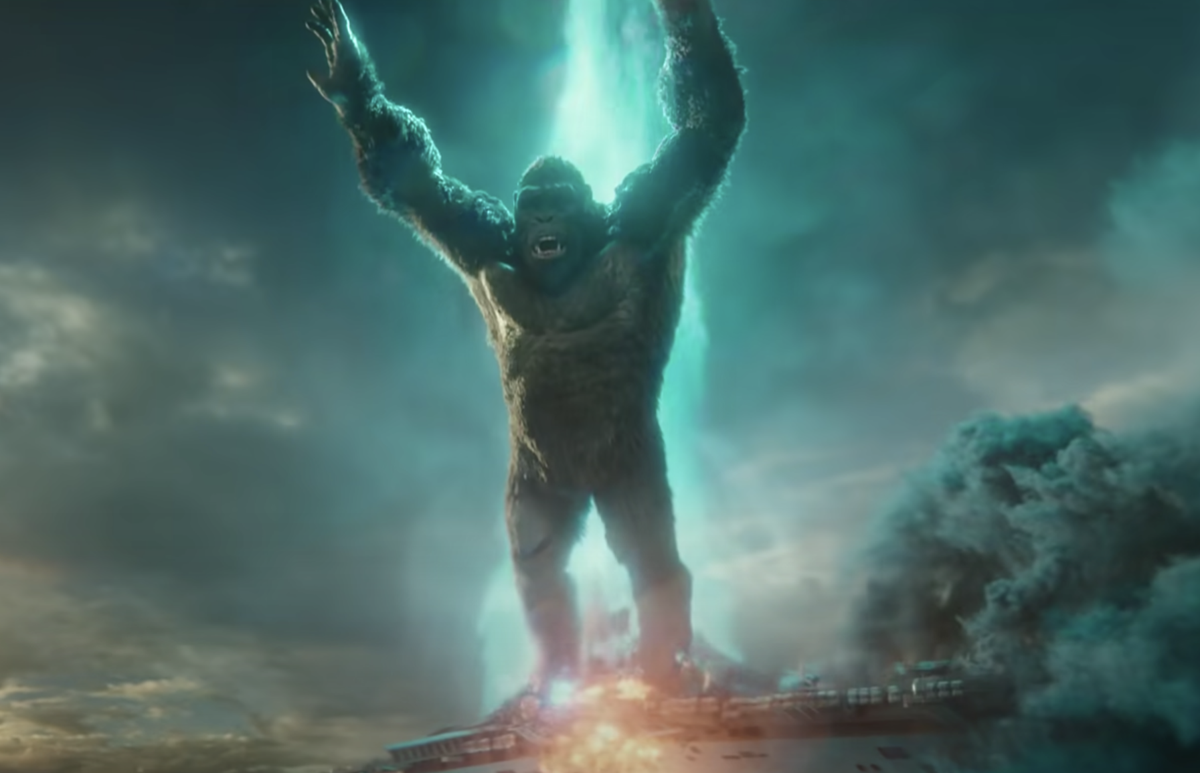 Godzilla vs. Kong, let’s do this! I am a lifelong Godzilla fan and I loved 2019’s Godzilla: King of the Monsters so to say I was excited for this movie is an understatement.

First some background; GvK is the fourth film in what is known as the “MonsterVerse” following 2014’s Godzilla, 2017’s Kong: Skull Island, and 2019’s Godzilla: King of the Monsters.

All prior films have a decent track record ranging from meh to good with GvK being the best reviewed from both critics and audiences, at the time of this publication.

Probably one of the most interesting things about the film is how well it moves along, never staying still too long.

It is the shortest film in the franchise clocking in at under two hours. In fact it feels like a lot was left on the cutting room floor in favor of getting to the advertised title bout as quickly as possible leaving some returning actors and big name draws like Millie Bobby Brown and Kyle Chandler to stand around and find busy work and in fact if either character was cut from the film all together it would change nothing.

Director Adam Wingard deserves some credit here. He knows what we all came to see and he delivered. Early in the film we see Godzilla attacking major cities, leveling them to the ground with explosions and his signature Atomic Breath.

Forty-five minutes into the film we get to see Godzilla and Kong throw down for the first time. In fact, the entire third act is nothing but an extended fight between a giant atomic lizard and a giant monkey swinging a magic axe!

Sounds dumb right? The film knows what it is and more importantly what it is not.

For those not in the know, Godzilla was first created in the 50’s and conceived as a metaphor for the dangers of atomic energy, and Kong was the manifestation of spectacle itself.

Subtexts like these have carried on over the years with Kong Skull Island being representative of the darkness in mens’ souls, and the 2014 Godzilla being a take on the horrors of the 911 bombings. Unlike 2019’s King of the Monsters. I’ll admit I enjoy it even though it’s kind of a mess, we see Godzilla as a metaphor for the environment and its villain as a representation of the Devil loses the monsters in that mess of subtext.

GvK drops all that in favor of spectacle. This is great because so much of pop culture now tries to handle big themes in a short amount of time without giving them the proper space and time to breathe (looking at you WandaVision). You can argue there’s a theme of unchecked capitalism but even that gets cut off short.

Like I said the movie isn’t trying to be some deep smart film, it just wants to entertain for the time it has and that’s what we all need in at a time like this.

It looks great, moves along, and doesn’t over-stay its welcome.

One sour note is the large cast list. The main human roles of the film are separated into two teams; one following Kong, and the other Godzilla.

The team behind Godzilla is worthless and forgettable and should have been cut from the film.

The Kong team on the other hand was okay but the real star of the show was Kaylee Hottle.

Hottle plays “Jia,” a deaf island girl who befriends Kong. She is the heart of this movie and whatever they paid the other actors should just be given to her.

Oh, the soundtrack was amazing! All the hits from the past films and evening keeping in tone with Skull islands 70’s playlist.

So yeah, it’s dumb. But it’s fun. I loved it and have seen it three times already. If you feel safe and comfortable enough to go to the theater, seeing this on the big screen would be awesome. If not you can do a one month subscription to HBO Max and watch it to your heart’s content.

The movie is only expected to be available on HBO Max until April 30, so if you’re on the fence I would pull the trigger now. Godzilla vs Kong, Mortal Kombat on April 26, and the Justice League Snyder Cut all before your month ends. And at $15 that’s a monster of a deal.