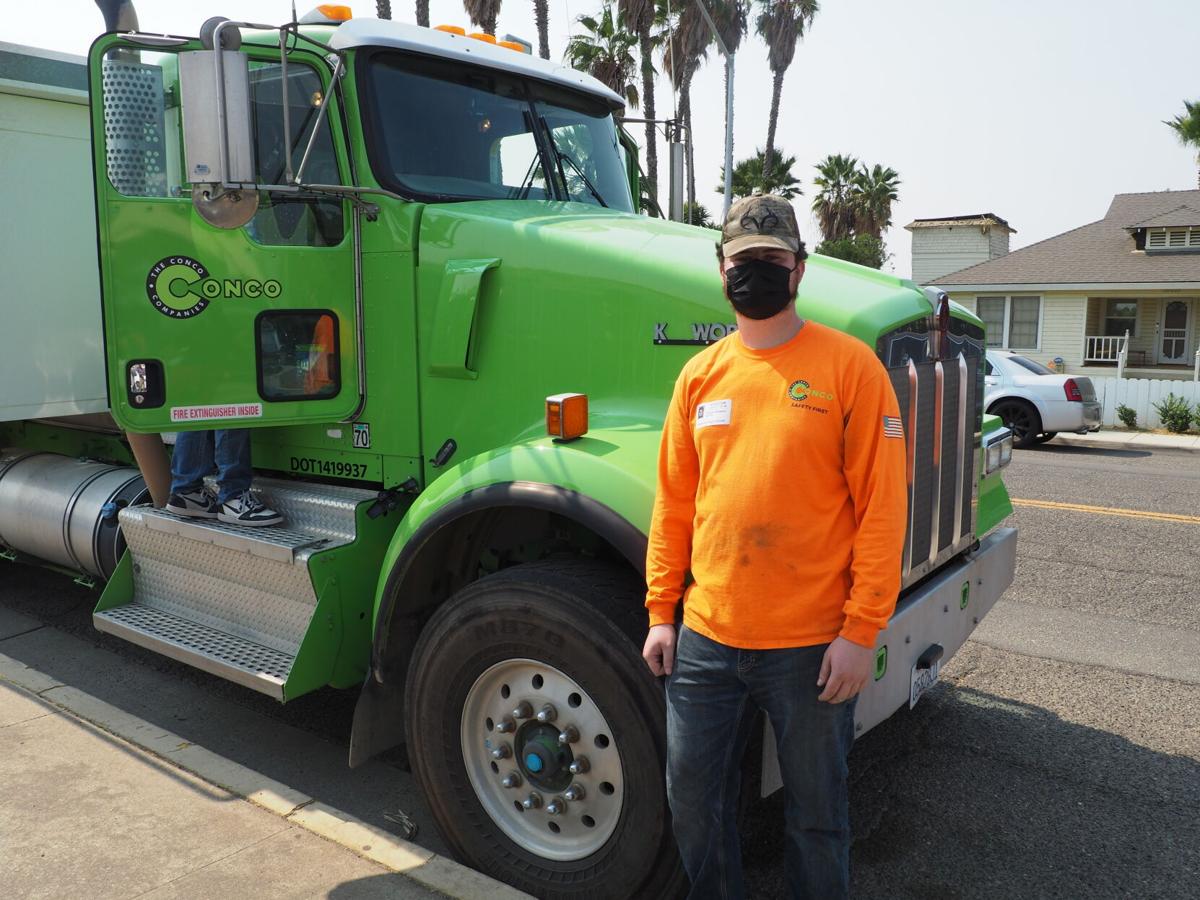 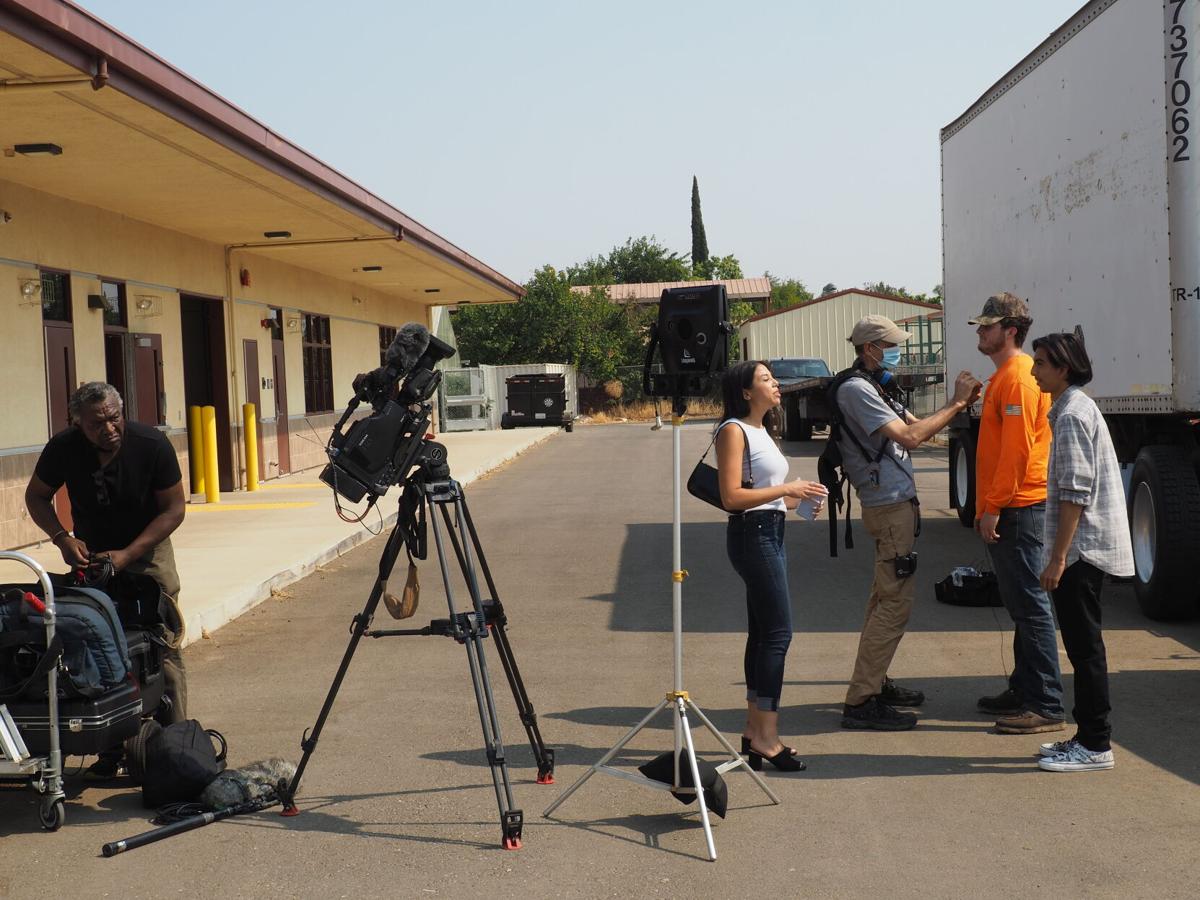 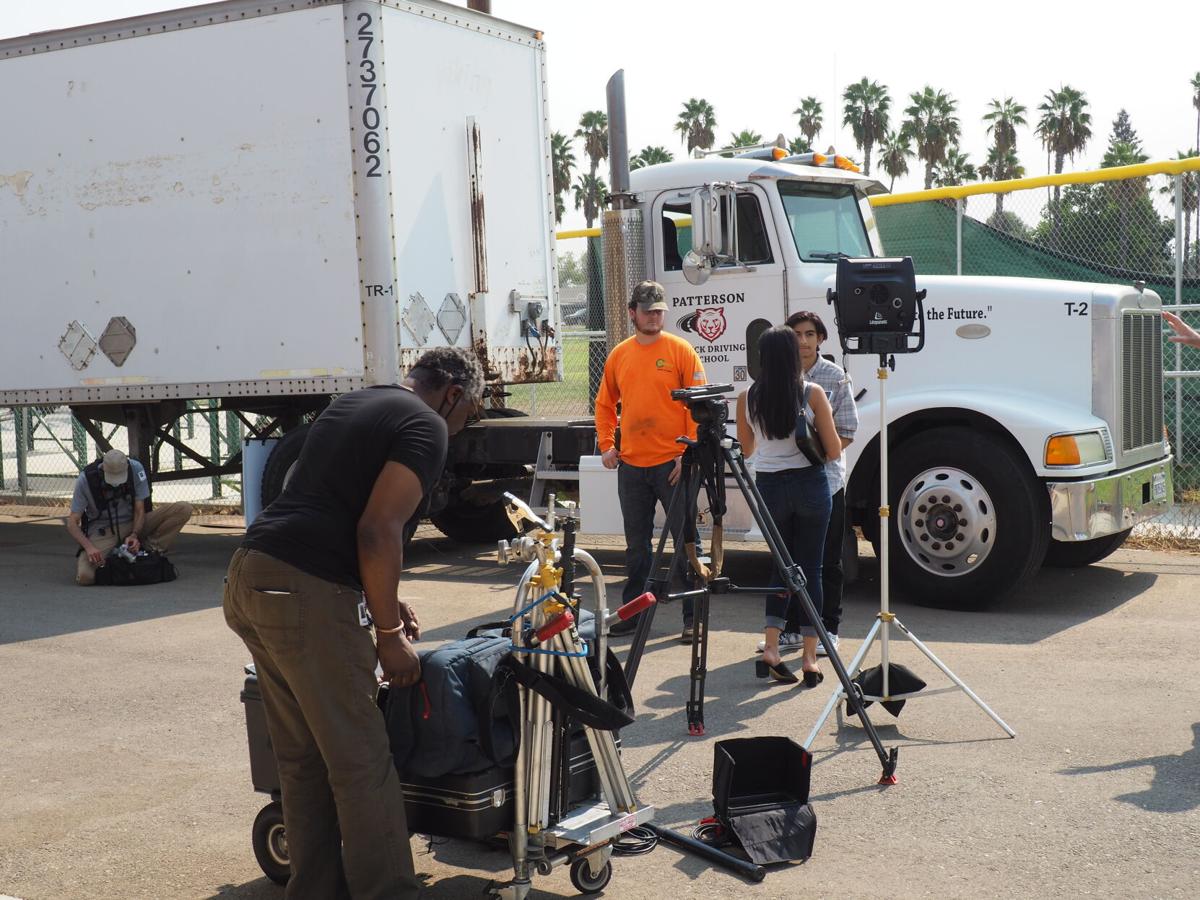 American news broadcasting program, Inside Edition, which operates from studios in Los Angeles and New York City, had a production crew flown out to Patterson High School last Friday to interview students from the Logistics and Transportation Department.

Inside Edition, which is currently hosted by Deborah Norville, and previously Bill O'Reilly, is known for their investigative journalism and that’s exactly what brought them out last week as they were working on a story about commercial truck drivers under the age of 21 being prohibited from crossing state lines.

“The whole point [of them being there] was to get our input and everyone else’s input if the law should change,” said PHS Logistics and Transportation Alumni, Calvin Bowers.

Bowers, who is 18 years old, graduated PHS in 2020 and has had great success driving for one of the nation’s top commercial concrete contractors, Conco. But it wasn’t easy for Bowers to get his foot in the door.

“I’ve had my license for about six months and I’ve had co-workers tell me that they see that I’m safe in the way that I drive and it’s not just an age thing, it’s a skillset. When drivers have the same skill sets as the older drivers, I believe younger drivers should be able to cross state lines.”

Bowers credits his familiarity and knowledge on safety regulations and driving techniques to the Logistics and Transportation Department at PHS. He said that he first enrolled in the program when it was beginning, and the first classes he took were all about the rules and regulations of commercial truck driving. He also said that he and his classmates were able to utilize the truck driving simulators provided by the program to learn how to actually handle the vehicles and once he turned 18 he was able to enroll in Green Valley Truck School with a head full of knowledge and insight.

“[The simulators] in that class show you what it’s like to drive a vehicle of that size,” said Bowers. “It teaches you how to shift and how to drive that style of vehicle unlike how a normal car would drive. It shows you how it drives while reversing, shifting, steering and all of that.”

Starting out as a Service Technician for Conco, Bowers worked his way up to making deliveries of gravel, dirt, rock, sand and whatever other building materials are needed around the Bay Area driving a Super Dump Truck.

“I’ve been working there for 6 months and all of my coworkers are much older than me. I would say the next youngest one would be 20 years older than me, but they all treat me with the same amount of respect when they see that I’m not just a kid and I can do what they are able to do and I can do it safely.”

In fact, Bowers said that his boss reached out to Logistics and Transportation teacher Dave Dein and asked him for more students of Calvin’s caliber.

“My boss came up to me asking if there were more students like me fresh out of school who went through the same program that I did,” said Bowers. “I told him yeah, and so he got in touch with Mr. Dein so that when students complete the course they can go work for Conco.”

Bowers said that Mr. Dein has been very encouraging and has continued to stay in contact with him to check in and see how he has been doing and what he has been up to. Dein has even invited Calvin to come speak to his classes.

“He’s very involved and passionate in the program…[and to students wanting to get involved] at least try it like I did. I never thought about doing it, but it has opened many doors and it can for you too.”