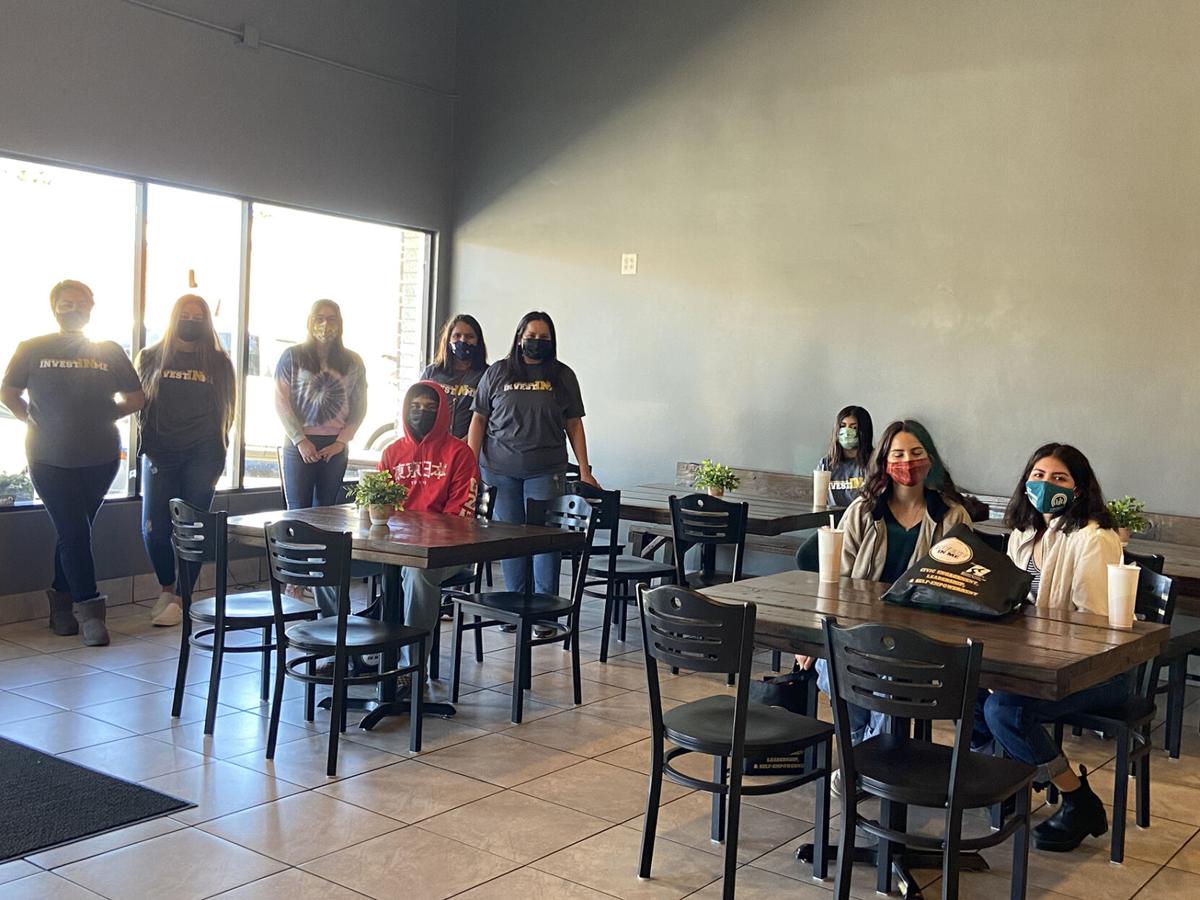 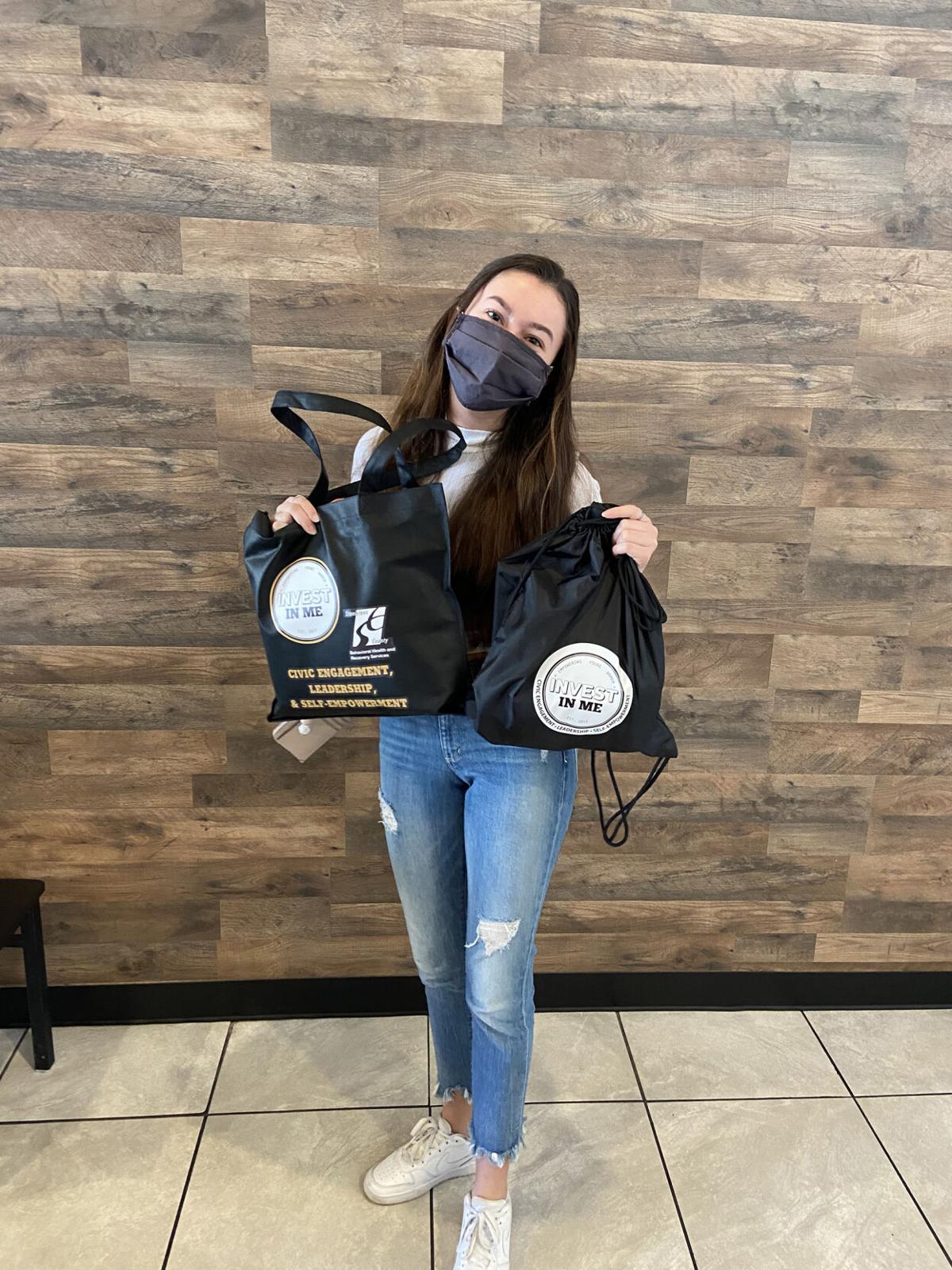 The youth-led Women’s empowerment program, Invest In Me, held their 6th annual “Youth Empowerment Conference” on Saturday, February 27. The non-profit was founded back in 2013 and focuses on teaching young women the importance of self-empowerment, civic engagement, well-being and leadership.

Each year the cohort works towards organizing the conference, and if you think that a pandemic would stop them from putting their best foot forward, you’d be wrong. In fact this year the event drew its largest audience ever at around 100 participants logging on via Zoom. In addition to garnering its largest audience to date, the event also featured an esteemed group of speakers, which included: U.S. Representative Josh Harder, Stanislaus County Supervisor Channce Condit, Patterson City Council Member Shivaugn Alves, PJUSD Assistant Superintendent of Educational Services Veronica Miranda, PJUSD Board of Trustee Member Deja Nair and Riverbank City Council Member Rachel Hernandez.

The conference started off with some morning remarks by Representative Josh Harder and County Supervisor Channce Condit. Harder acknowledged and congratulated the 6th annual Invest In Me Conference while also thanking the members of the cohort for inviting him. He reminded them of his roots in the Central Valley and offered motivation to keep working together.

“It is so inspiring to know that there are students like you who dedicated their time to be here today,” said Harder. “...As you find your own path, remember that there is no dream too big or system too broken to fix. We can really make things better if we continue to work together. Thank you all for all you are doing. Thank you for the invitation to chat for a couple moments and I hope to see you all in person again soon.”

Newly elected County Supervisor Channce Condit was live via Zoom during the conference. He thanked Invest In Me for all of their work in the community and offered some words of inspiration to the attendees.

“My road to this point of being a County Supervisor hasn’t been the most conventional,” said Condit. “...I’ve failed more than I’ve succeeded, I’ve lost more than I’ve won, but it’s not defeat that makes failure. Giving up does. I wholeheartedly believe that the Universe bends to those who don’t, but you must be willing to fail over and over again to be successful.”

The event was highlighted by two workshops. The first workshop was titled, “Know your Power, Impact your future” and was led by Stanislaus State University Counselors, Adriana Diaz and Julie Anaya. This workshop focused on staying motivated in the school setting and life after high school. The other workshop was titled, “Myths, Mindset, and Permission to Feel: The Truth About Emotions and How to Deal” and was led by Health Therapist, Alyssa Najera. This workshop focused on mental health and coping mechanisms as well as raising awareness on mental hindrances.

“The focus of the two workshops were suggested by the cohort participants,” said Invest In Me Founder and Executive Director, Erica Ayala. “Which made them all more meaningful and relatable. Young people are seeking connections whether it be in person or virtually. Offering a workshop that focused on the options they have after high school gave young people the power to make the best decision and will make their experience all that more amazing. They don't have to have all the answers at once, but having the tools and knowing their options makes life easier. The second workshop focused on mental wellness. Adolescents have so many different pressures and their lives have been shaken up due to current times, this workshop focused on giving them permission to not feel 100% all of the time. Alyssa from Small Town Counseling did an amazing job in breaking down myths about emotions, discussing what teen anxiety can look like in home and social settings and how to deal with it.”

Following the workshop was a panel led by Victim Witness Clerk for the U.S. Attorney's Office, Anoosh Alif and Bill and Melinda Gates Millenium Scholar, Fajr Malik DeLane. Alif spoke to the cohort about how extracurricular activities actually led to her finding her passion for law and encouraged them to be invested in the things that they are interested in. DeLane, who attended Creekside Middle School, talked about how middle school was a pivotal moment in transitioning into a new mindset that made her push to be the best at everything that she does. She said that the system of success that she started to follow at Creekside was similar to that of a simple math equation, in that everything that you put in, will result in the best outcomes.

“It was so great speaking and being part of a beautiful moment in time. I loved seeing the girls engaged throughout the whole program,” said DeLane. “I am so honored to have shared my experience and story in hopes that I can aid the youth in their life decisions. Definitely a remarkable event!”

The Closing Remarks were made by Council Member Shivaugn Alves and Board of Trustee Member Deja Nair. Alves used visual aides and keywords like “Courage and Compassion,” to remind the group to not be afraid of stepping into who they truly are as young women and to be courageous to who they actually are. Nair reminded the group of how close in age they are and what can be accomplished as a member of the cohort.

“I was not too long ago just like all of you,” said Nair. “I only graduated two years ago so we are kind of all in the same boat…I definitely wouldn’t be here if it wasn’t for [Erica] and Invest In Me. I now actually sit as the youngest member on the Board of Trustees, which is pretty awesome and very exciting.”

Raffles were held throughout the conference with prizes like: Target gift cards and Invest In Me Swag Bags. Information on how to apply for the upcoming Invest In Me Scholarship was also provided to the audience and afterwards they were all invited to pick up raffle prizes, food and swag bags from Salt & Pepper in Patterson.

“We had swag bags full of community driven goodies and resources,” said Ayala. “Stanislaus Behavioral Health Services are the ones who sponsored the food and we chose Salt & Pepper because they were flexible with our schedule. It was an awesome bonus afterwards to be able to provide [this for them]. A lot of students from Modesto and Turlock came out to get some food and have that face to face interaction. They just wanted to say thank you and express their excitement for being involved in a conference like this. One of the students, her mom actually said that she hasn’t seen an adult or had any advice or guidance in so long so she really appreciated that.”

Cohort participant, Abbey Arteaga, a 7th grader from San Ramon was one of the 16 participants who had been working since October to help organize the event.

“This is my first year,” said Arteaga. “It’s super fun, I learned so many interesting and cool things. We learned about self-empowerment and how it’s important to value yourself as a person.”

Arteaga also said that the cohort has helped her to make new friends and network. She enjoyed listening to the college counselors at the event because although she still has a long road towards her college journey, she wants to start planning her path to UC Berkeley.

According to Invest In Me Executive Director, Erica Ayala, a survey was sent out to gather feedback after the event. The results surprised her, as the attendees actually wished the event (which was from 9 A.M. to 12 P.M.) ran longer.

“We value young people's input and feedback. When the feedback on the survey says, ‘I wish the three hour virtual conference on a Saturday was longer.’ We are doing something right,” said Ayala.

Ayala also said that admission via Zoom is something they will keep for future meetings and conventions as it allows access to attendees who might not have normally been able to make the trek to Patterson.

As for the future, the cohort will continue to meet until June to debrief and have discussions on Women’s history month. They will continue to book guest speakers for their Empower Hours (the next Empower Hour is March 24) and host game nights as well. Anyone who would like to watch the video of the conference or interested in joining Invest In Me is encouraged to do so at https://linktr.ee/InvestInMe (@InvestInMe.)