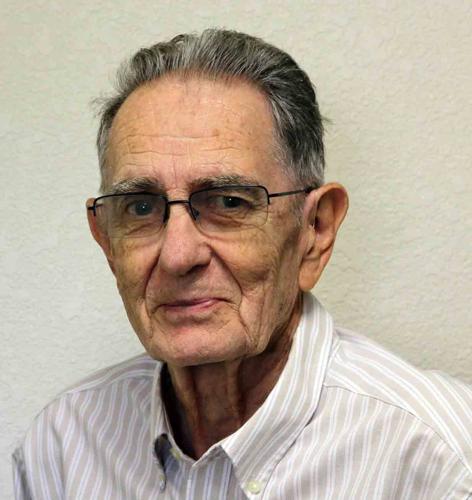 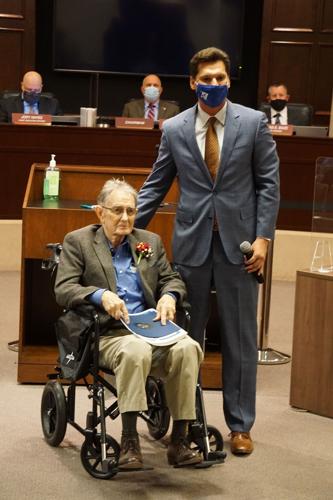 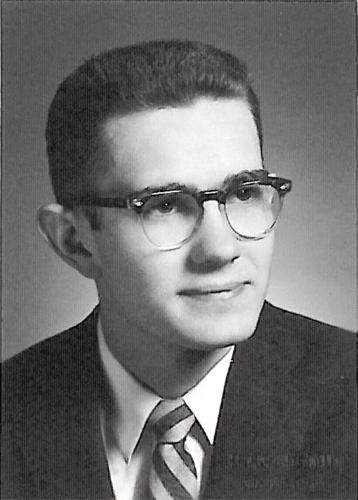 Patterson Irrigator Editor & Publisher Emeritus, Ron Swift, has passed away at his home in Patterson at age 84.

Ron’s contributions to the City of Patterson, it’s people and its history, will never be replaced. He had a way with people. His wit, charm, knowledge and style are gone.

Rumblings around town are that Ron has left behind a void that will never be filled again. But Ron was a man of history, and if history has taught us anything it's that people like Ron don’t leave behind voids, they leave behind legacies.

Patterson, the little city along the grand federal highway towards Los Angeles and the greater Bay Area; nestled comfortably beside the hills of the Del Puerto Canyon, will forever be Ron Swift’s legacy.

It’s now been 60 years since Ron and his buddy Ed Sternberg purchased the Irrigator in 1962. We’ve heard about it, but let’s relive the moments in Ron’s words from a 2012 issue of the Irrigator:

It was 50 years ago on this date — Aug. 23 — that two young Midwesterners burst upon the Patterson scene, ready and willing to tackle the world and yet without a clue of what they were doing.

Ed Sternberg and this scribe were in our mid-20s. We had met and become good friends in college, had briefly gone our separate ways and then had scraped up some family financing to purchase this newspaper. The sale was announced in the Irrigator’s Aug. 23, 1962, edition and became effective that Sept. 1.

Ah, the joys of being your own boss, a position that allows one to work many evenings and not a small number of weekends. That was needed not only to make a go of a small-town newspaper (population 3,012 during its peak season), but also to learn the ins and outs of the publishing game.

By the way, Patterson’s population then was nearly equal to the total of both Iowa towns in which we grew up. To us, Patterson was a Big City.

I’ve been asked numerous times how two guys from small towns in Iowa, living in Utah and Oregon, ended up purchasing a newspaper in California. The answer is simple: almost by accident.

I was a reporter for a small paper in Central Oregon; Ed had completed military service and was taking journalism courses at University of Utah in Salt Lake City while working for a large printing house. By then, we had decided on our joint venture, not fully realizing what we were getting into.

In those days, small newspapers were usually sold through brokers specializing in the business. We contacted one in Los Angeles.

We had both quit our jobs after having become interested in a paper in Preston, Idaho, just across the Utah border. But that transaction just wasn’t to be.

So, one night in Ed’s apartment in Salt Lake, we talked with a broker in Los Angeles who informed us that he had listings in our price range for newspapers in both Ceres and Livingston. We took down the financial information he gave us verbally, and at the end of the conversation he commented that he had received a call just that morning from the publisher in Patterson. But at that point he had no facts and figures.

Ed was on the phone. I was nearby with a map of California. I remember saying that I preferred Patterson’s rural location (no I-5 in those days), and we told the broker we would meet him in Patterson the following Sunday morning.

That meant driving here from SLC — 812 miles — on Saturday. Needless to say, we arrived after dark, found a room in the dingy Mission Motel on Highway 33 that has long since been converted to apartment units, and grabbed a bite to eat at the Paradise Café.

By Tuesday noon, we had met with attorneys and bankers and had closed the deal with sellers Ira and Noni Kaplan. We headed back to Salt Lake, proud owners of a newspaper but not much wiser. A couple of weeks later, in mid-August, we moved to Patterson in the middle of a heat wave that hit 100 degrees and above for 14 straight days. By then, it was too late to back out.

Ed remained co-publisher and co-editor for 5½ years before leaving the business and moving to Monterey, where he still resides. We stay in touch but don’t see each other often enough.

I’ve often wondered what Pattersonites thought of two young greenhorns bouncing into their midst. The Irrigator was a small, yet stable business, but had changed hands five times in the previous 14 years since being sold by the Fleharty family in 1948. R.C. Fleharty was publisher for 29 years and was a Patterson institution. We had his shoes to fill. Would our names soon be added to the list of previous owners?

But preservation paid off. I was married three months after arriving here; our kids were born and educated here; and we’ve enjoyed the many pluses of small-town living. Say what you want about small towns, but they offer the opportunity for residents to be whatever they want to be and do what they want to do.

By the way, it was six months before we ever visited either Ceres or Livingston.

Ron Swift was actively involved in Patterson’s Boy Scouts of America Troop 81 and 82. He volunteered for 31 years. Ron served as a Council Commissioner for the Scouts and was instrumental in the creation and development of Troop 82, which is committed to Scouts with special needs. During the latter half of Swift's tenure with the Scouts, he served as Scoutmaster for Troop 82 and helped to accommodate their distinctive needs which helped them to develop higher self-esteem and a sense of individuality.

“He had a way of finding the best in people,” said Secretary on the Board for the Patterson Historical Resource Center, Carol Scoles. “He sometimes saw someone who may have not been sure about themselves and he had a way of relating to that person and making them feel listened to and valued.”

As the Editor & Publisher Emeritus, Ron would often contribute a series of brief historical anecdotes about the town and national events under his “Fast Talk” and “Ron-dumb thought” columns.

Here are some Ron-dumb-esque thoughts to conclude the article:

•What ever happened to that Javi’s Mexican Restaurant that was supposed to open downtown?

•California will lift mask mandates from schools starting March 11. I wonder how many people won’t recognize each other. It’s already happened to me when I ran into a colleague I haven’t seen without their mask on.

•By running an electrical field during the manufacturing process, Scientists at Temple University were able to reduce the fat content of chocolate. Who says all news is bad news?

Here’s one for our Irrigator readers that are also Person’s of Maturity. Do you remember Ron-dumb thoughts? I used to love reading those.

FOR THE SPORTS FAN

I’m ready for some warm sunshine, aren’t you?