You are the owner of this article.
Edit Article Add New Article
You have permission to edit this article.
Edit
Welcome, Guest
News
Opinion
Community
Sports
Connect
Advertising
Services
Info/extras
Classifieds
1 of 14 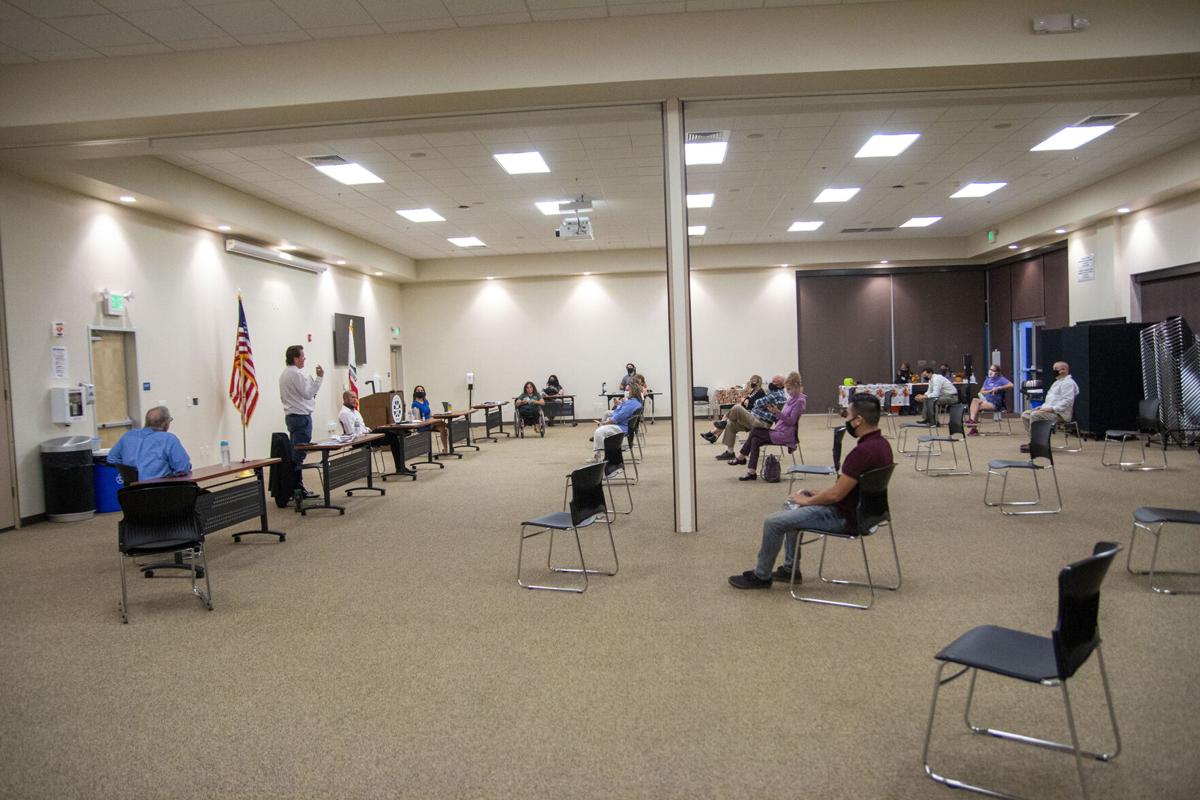 Attendees are spread out to encourage social distancing on Oct. 8. 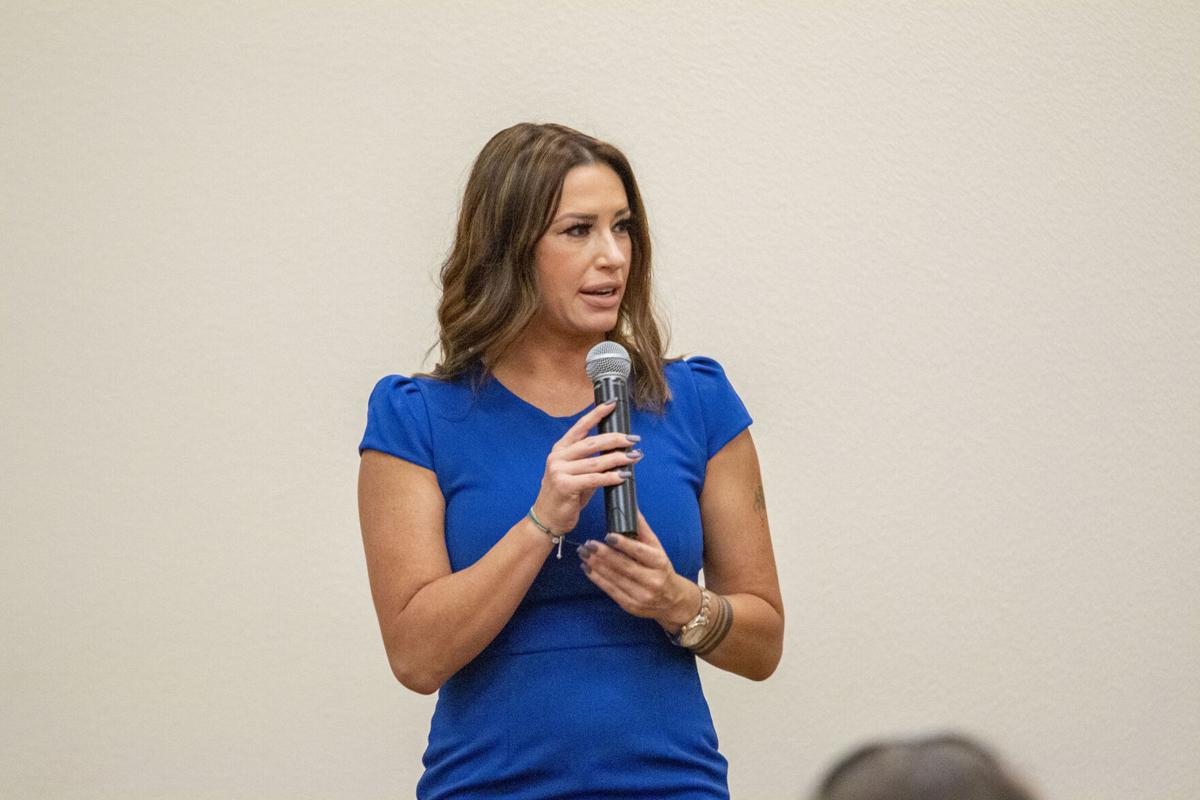 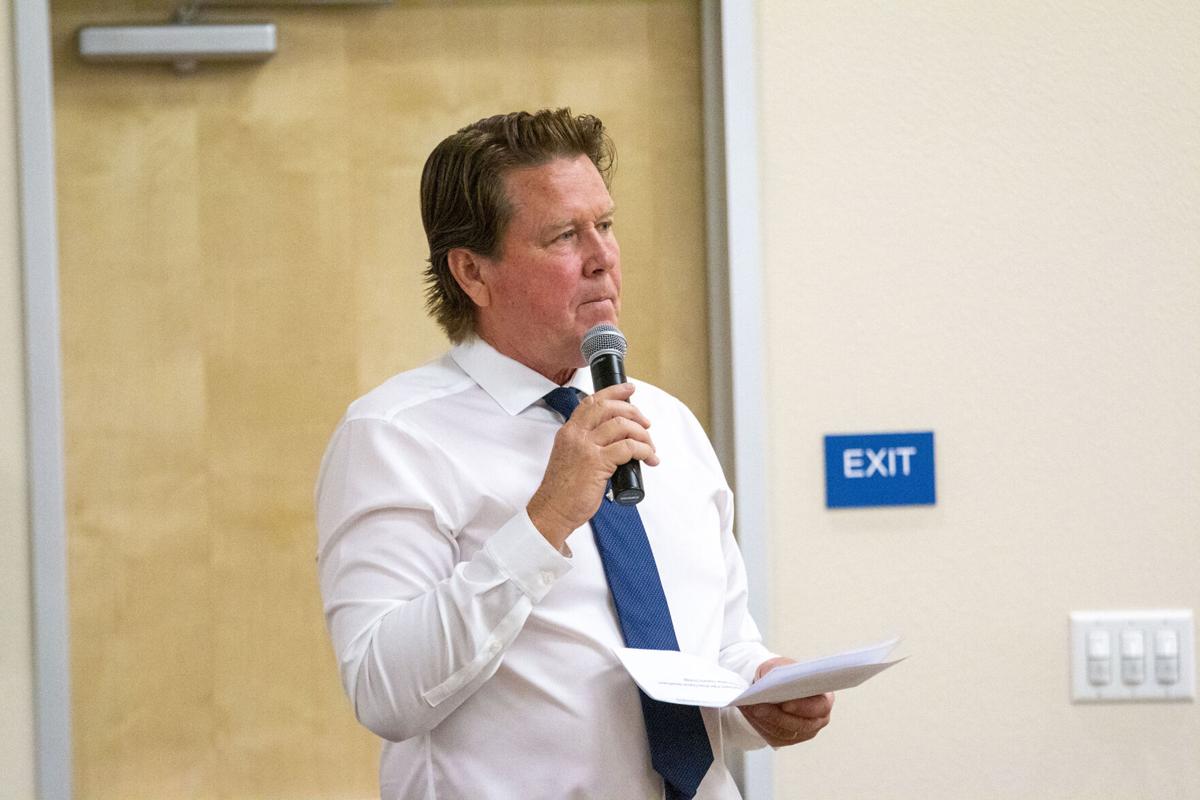 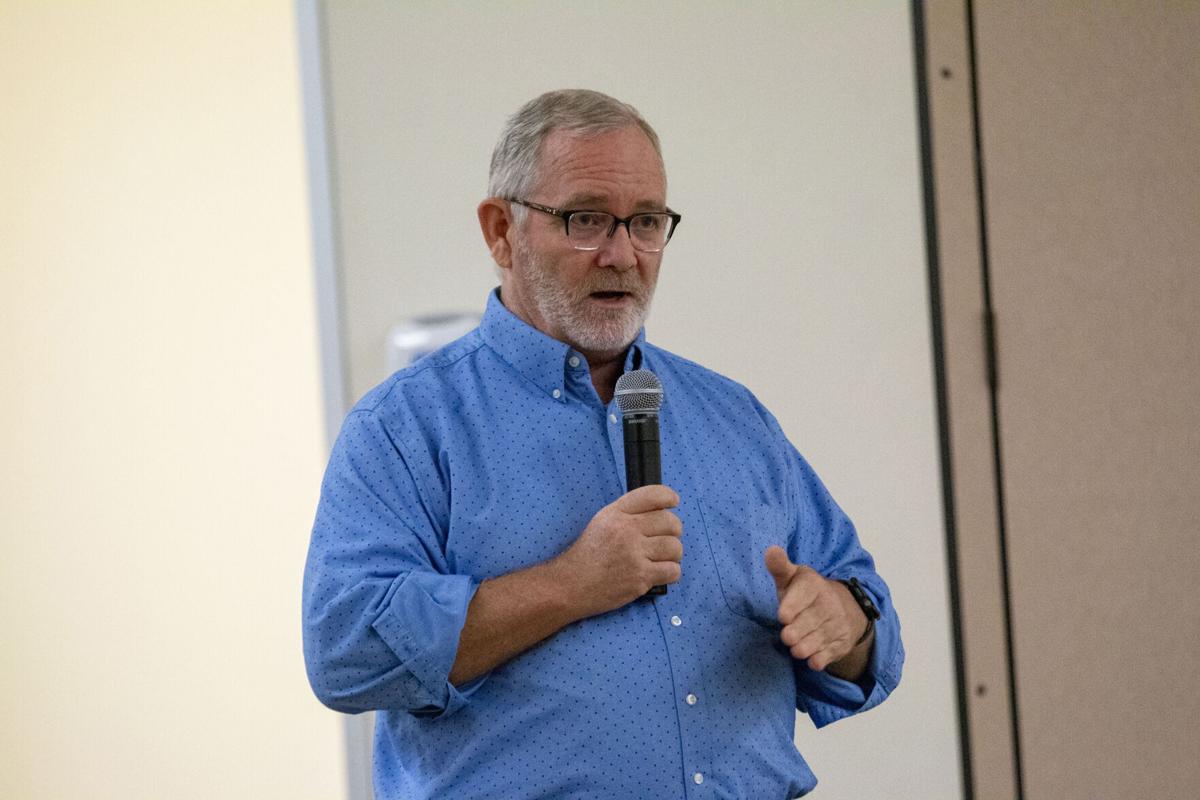 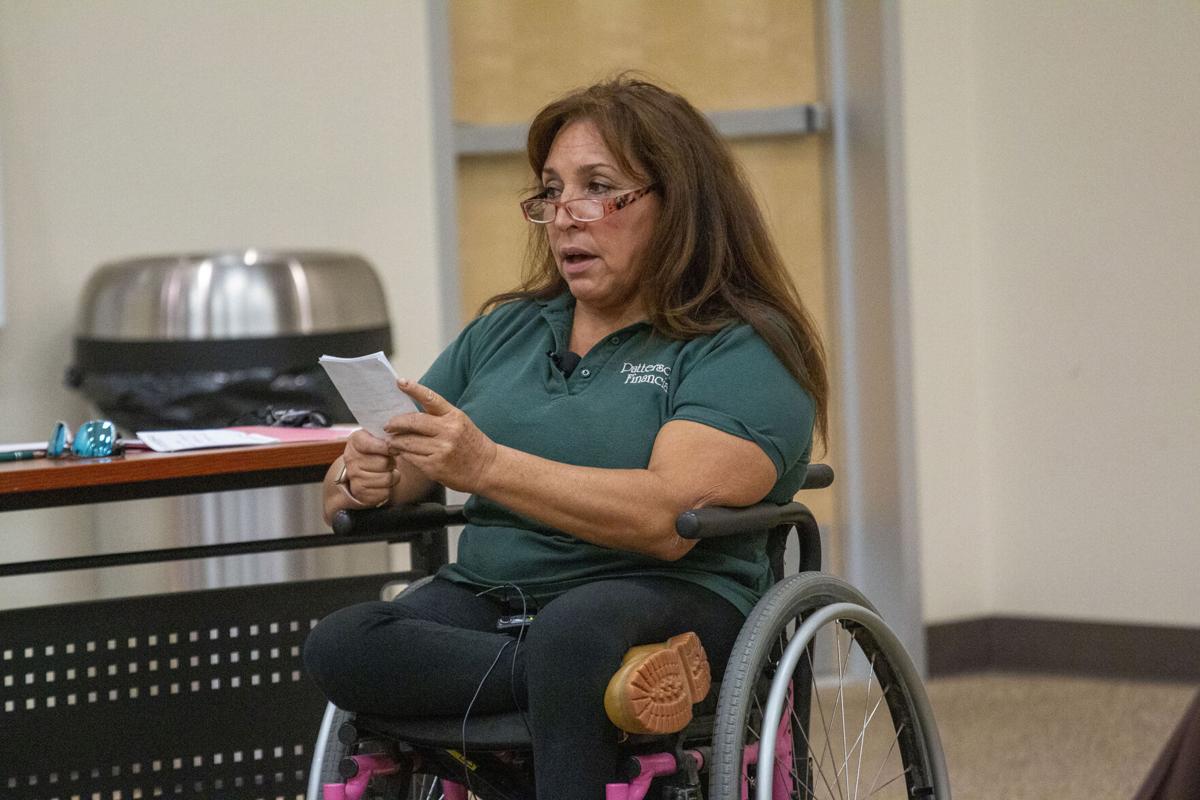 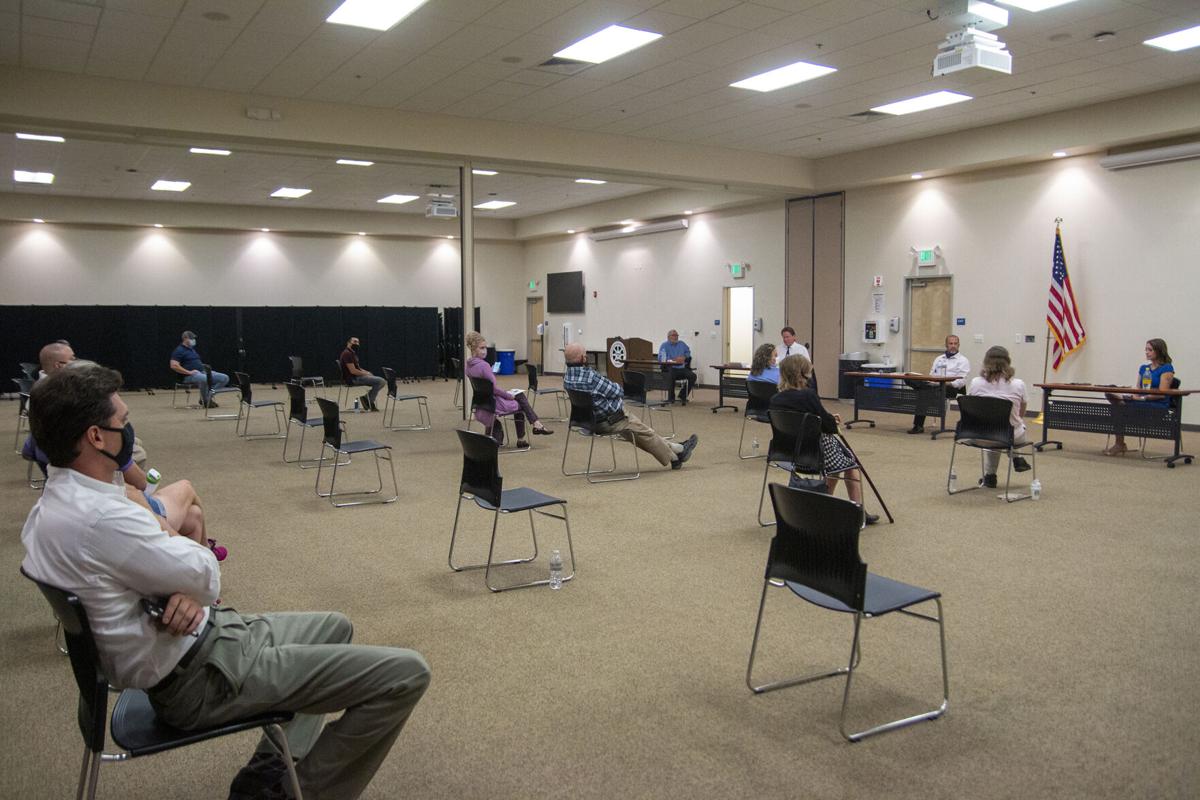 Attendees were spread out to encourage social distancing on Oct. 8. 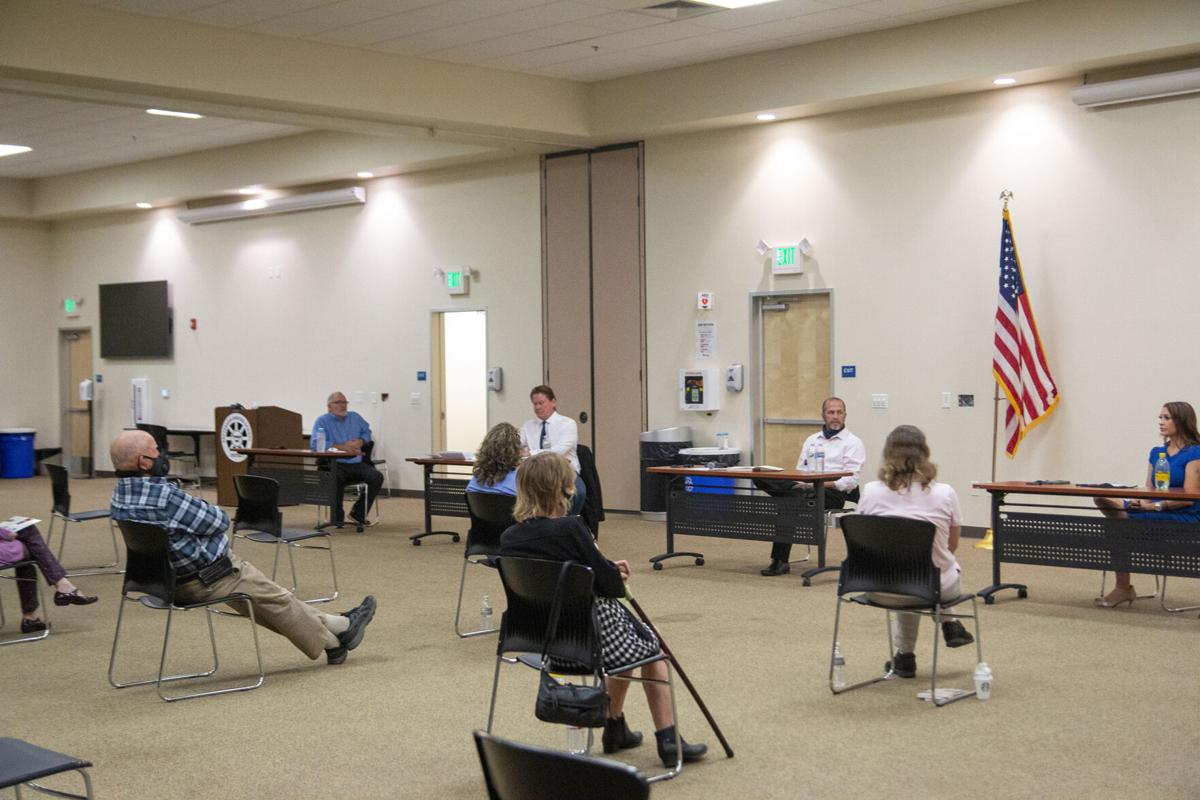 Attendees wait to hear what local candidates have to say on Oct. 8. 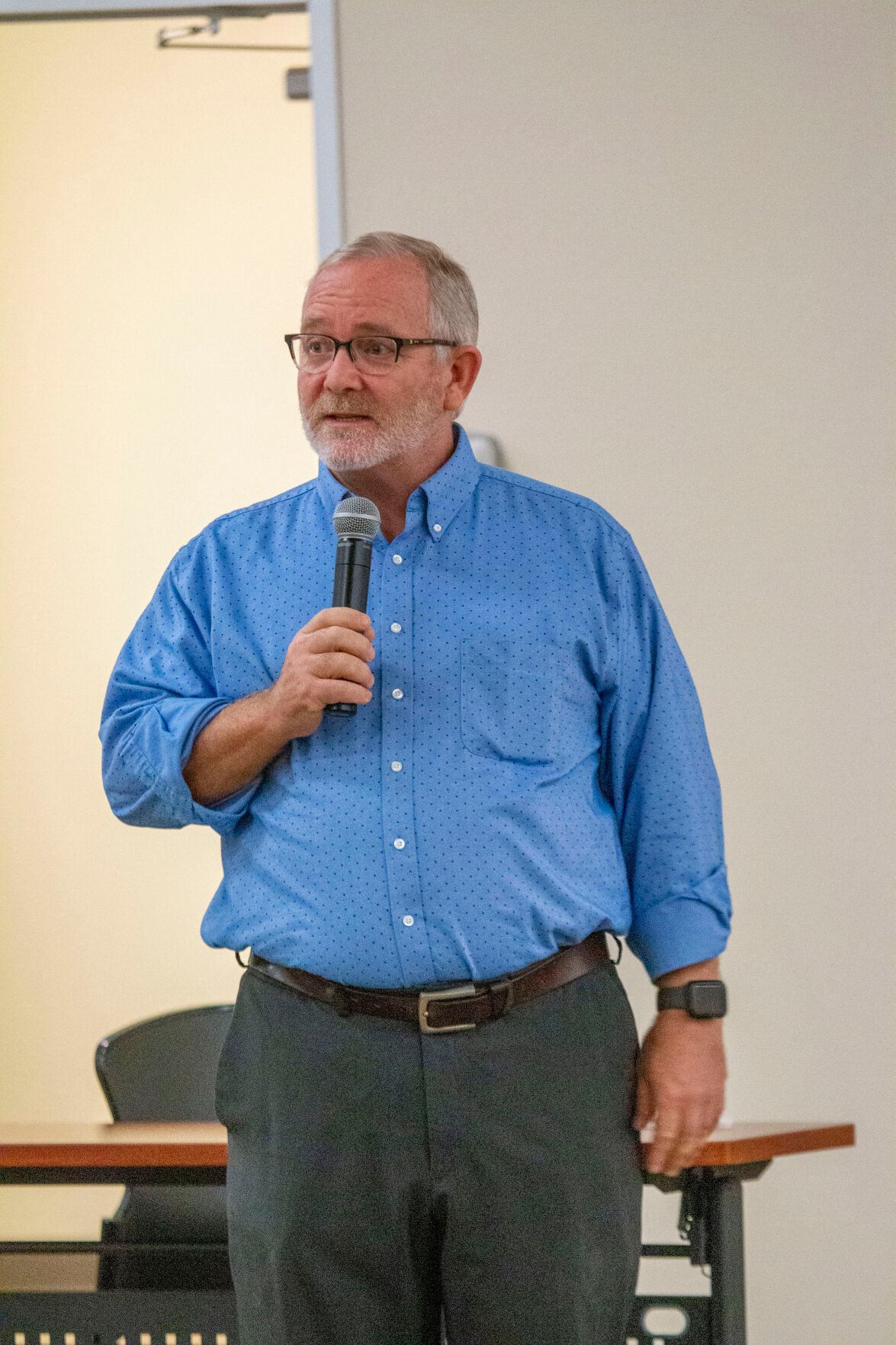 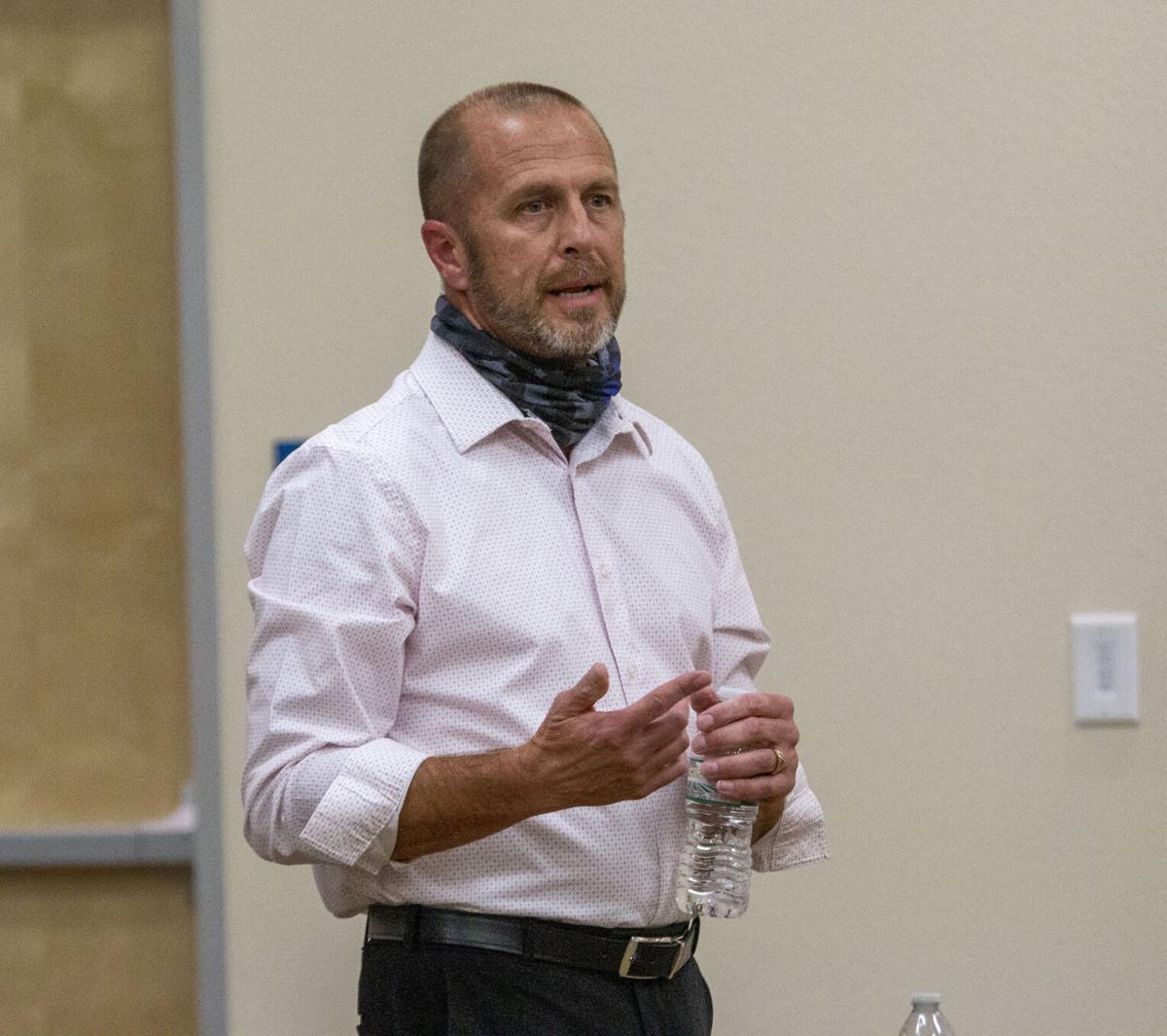 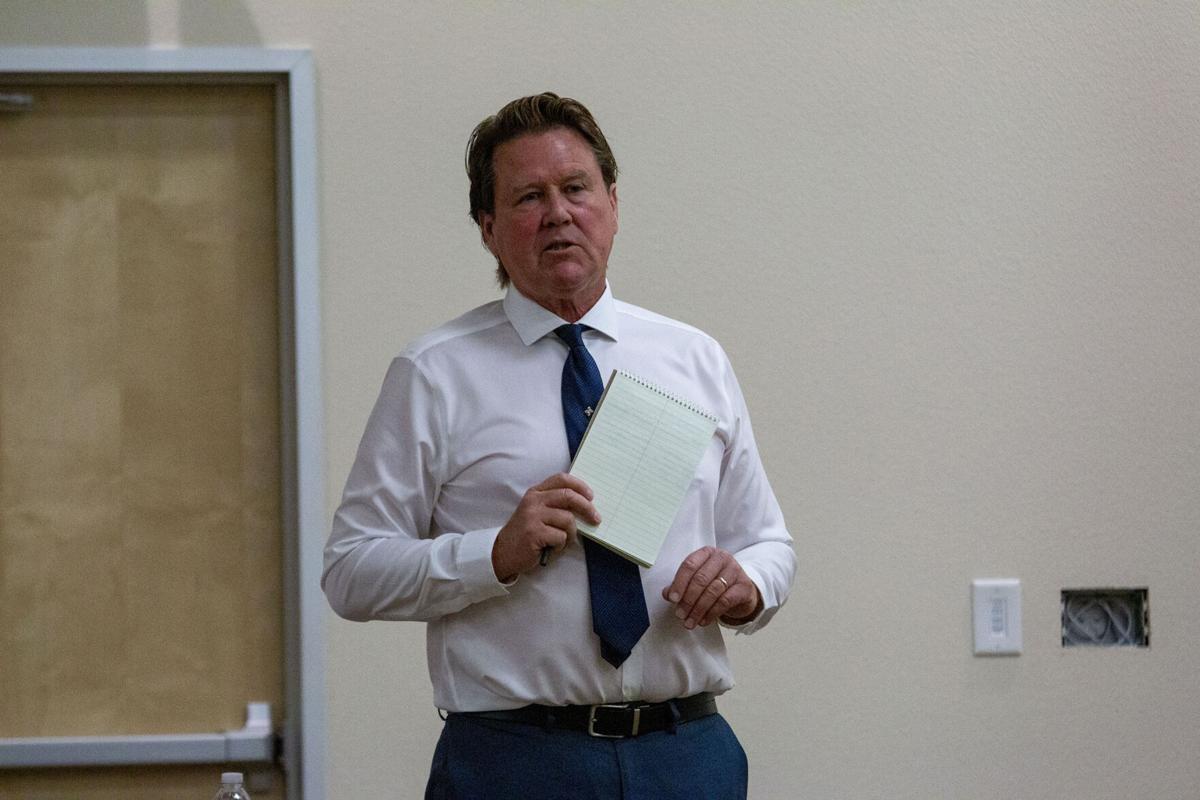 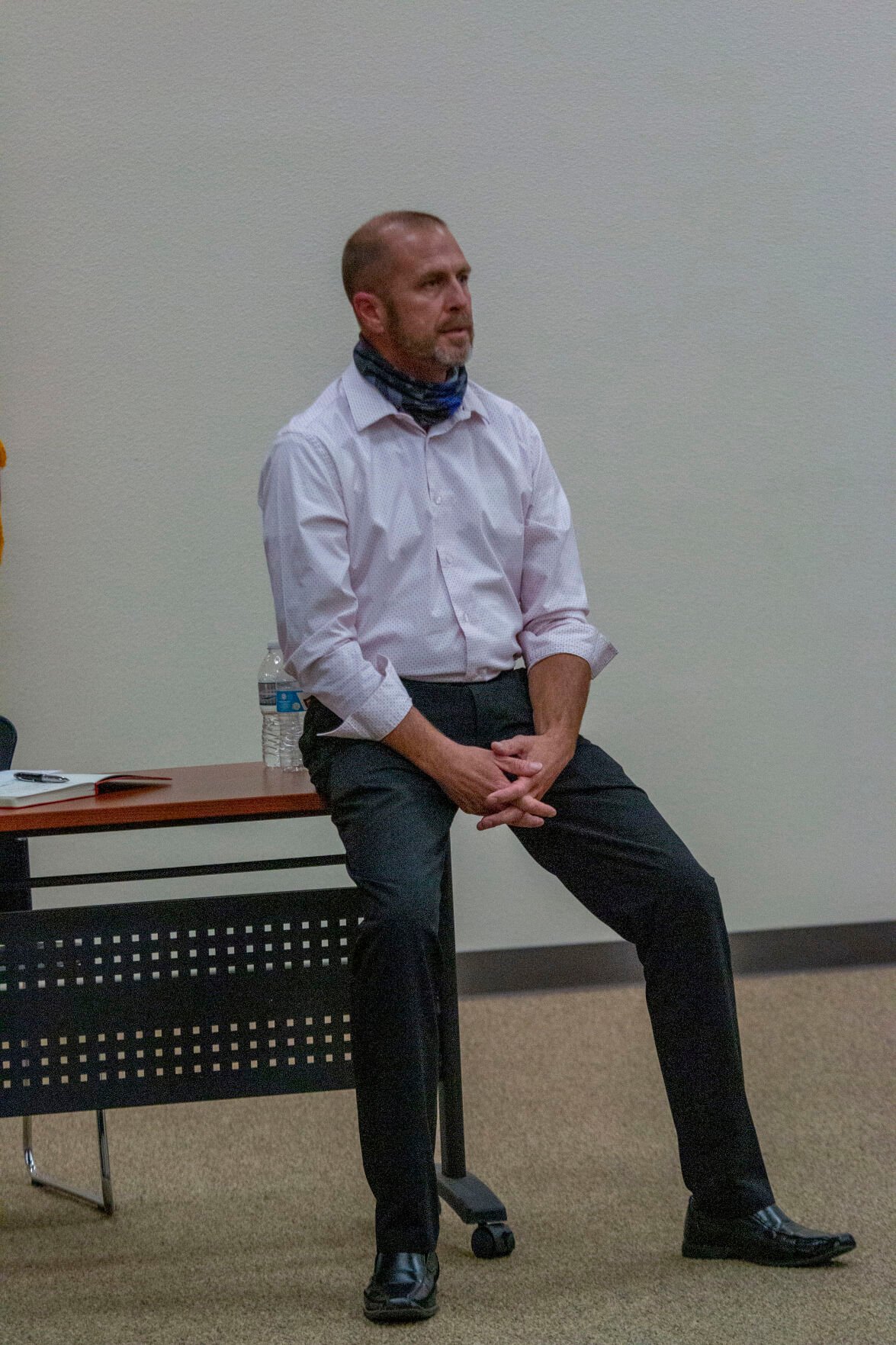 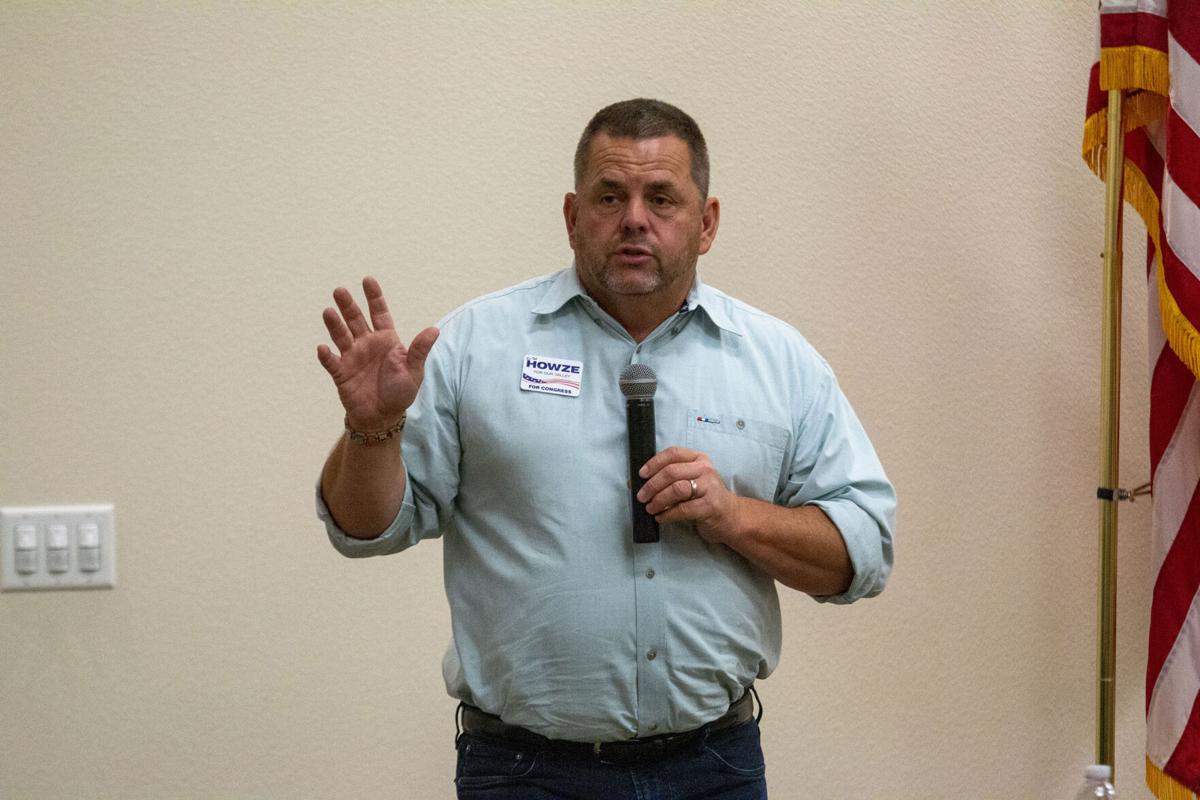 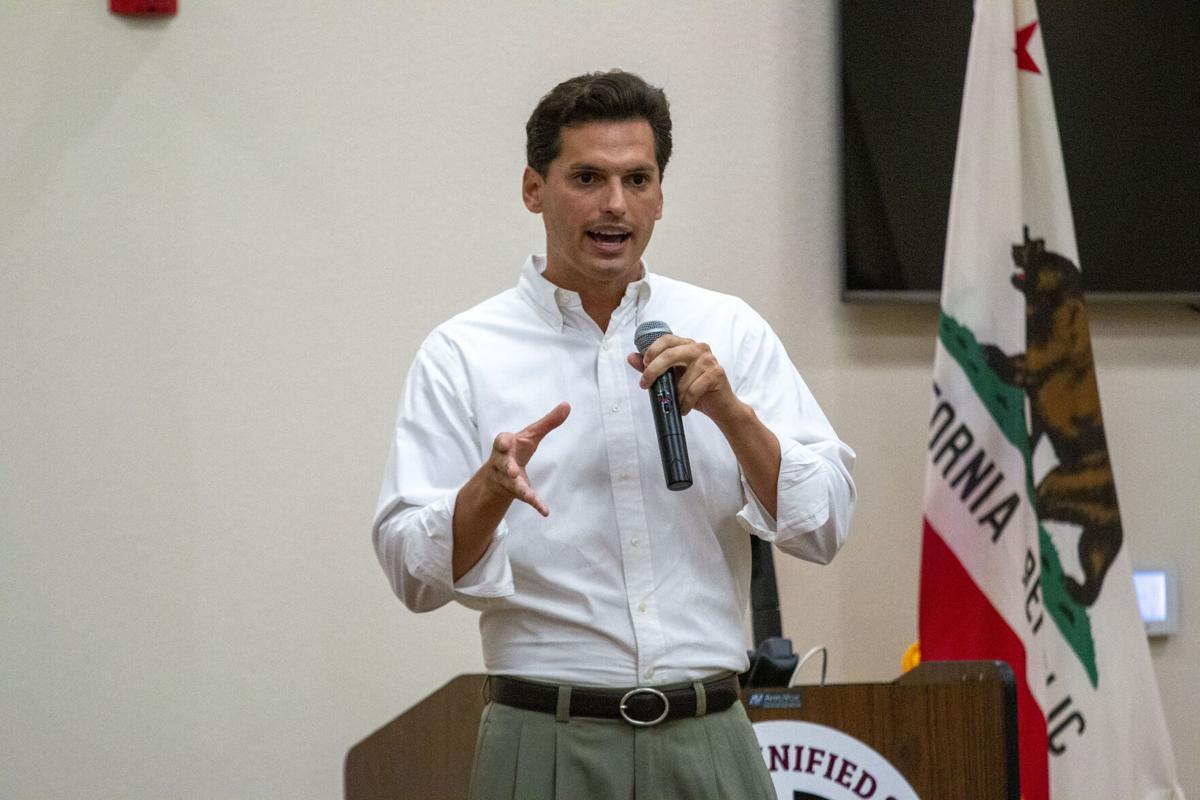 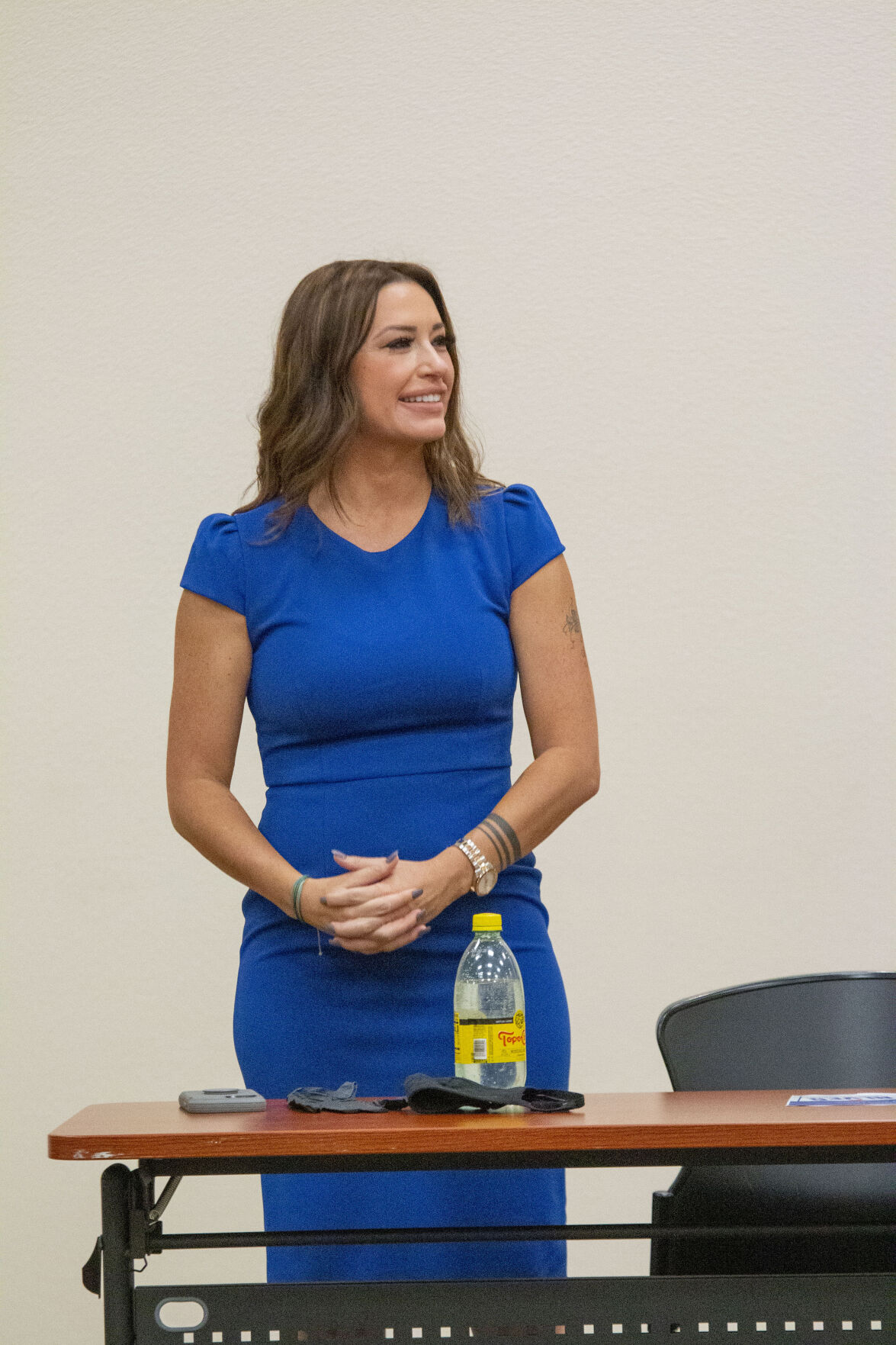 Attendees are spread out to encourage social distancing on Oct. 8.

Attendees were spread out to encourage social distancing on Oct. 8.

Attendees wait to hear what local candidates have to say on Oct. 8.

Candidates for mayor and city council were given an opportunity to speak at the Candidates' Forum hosted by Patterson-Westley Chamber of Commerce and Soroptimist International of Patterson held at the Patterson Joint Unified School District Professional Development Center on Oct. 8.

Precautions were taken due to COVID-19. Each person in attendance had their temperature taken when entering. Masks were required unless speaking, and seating was spread out to encourage social distancing.

The evening began with the opening statements from each candidate.

“I’m running because I love Patterson,” Alves said. “My number one thing is dialogue. I want to provide a voice to our community.” Alves cited her experience in the community as a volunteer and employee in education while raising concerns about offering high-quality employment opportunities to residents in the future. Another primary concern brought up by Alves included homeless issues and ways to combat drug abuse by treating it as a mental health issue and not a crime.

A prepared statement read by moderator and former Patterson Mayor Becky Campo on behalf of Anderson read, “If elected, I want to make the City of Patterson a live and work community.” She stated she would look to develop partnerships with the community and promote youth athletic leagues as well as attract health care facilities, including mental health.

Mayoral candidate David Keller raised his concerns regarding the Del Puerto Canyon Reservoir Project- a hot topic in this election on Thursday.

“For some reason, they left the city out of the equation,” Keller said. “It didn’t make any sense to me. To say it is not our business is ridiculous.” Keller stated he understands the need to provide water storage to the Central Valley but thinks other locations for this project would be more reasonable as not to endanger the city.

McCord leaned on his experience as a councilmember in the last six years, stating, “We’re doing the infrastructure work that needs to be done so our town can be successful.”

He cited his work with the city to maintain a balanced fiscal budget as a strength stating that the budgetary conservative approach during his tenure on the council has the city well situated to handle future volatility.

The councilmember also stated his desire to continue to attract more well-paying jobs to Patterson as mayor and touted the city’s infrastructure and preparedness framework to receive more industry in the future. “We are ready for them,” McCord said. “We are doing the nuts and bolts to help Patterson.” Other issues touched upon during his opening statement covered inquiring about police force options by looking into what will suit Patterson residents best in the future.

Candidate Mark Miles identified as the newcomer in the political landscape and stated that he would bring a fresh take and more energy to local politics. “Patterson is a great community, but we lack basic fundamentals,” Miles said.

Candidates were asked a range of questions to address topics such as the Del Puerto Canyon Reservoir, the COVID-19 pandemic, homelessness, senior and affordable housing, serving residents equitably, developer fees to fund infrastructure and other city projects, to their thoughts on the issue of downtown revitalization.

All candidates present expressed a desire to insert more focus to revitalizing downtown Patterson not only to make it more aesthetically attractive but to bring vibrant commerce to that area of town.

Each candidate was given a period of time to finish off the forum with a closing statement.

Every candidate thanked the hosts and those in attendance for their time.

“I hope that I can earn your vote,” said Alves in her closing speech. “I am humbled to serve. Thank you for your time.”

McCord reiterated his case that he is the candidate for the position of mayor.

“I think I’m ready right now to lead and to get through the next couple years,” he said. “My goal is to move Patterson forward, not backward.”

Keller finished off his evening by stating that his experience has him equipped to “get up to speed” quickly and “hit the road running.” He shared he has no intention of leaving the community he calls home anytime soon.

“I would like the opportunity to serve my community again,” the former mayor and councilmember said. “I’m Patterson from the beginning to the end.”

Miles took time to pay respect to his two opponents and stated he feels fortunate to be in Patterson with his family and is “passionate about Patterson’s future.”

“We are well on our way, but we need energy, and that is what I’m going to bring to this role,” Miles said. “I’m not quiet when it comes to things like this. I think Patterson is in pretty good shape, but it has a lot more to offer, and I’m the gentleman to get us there.”