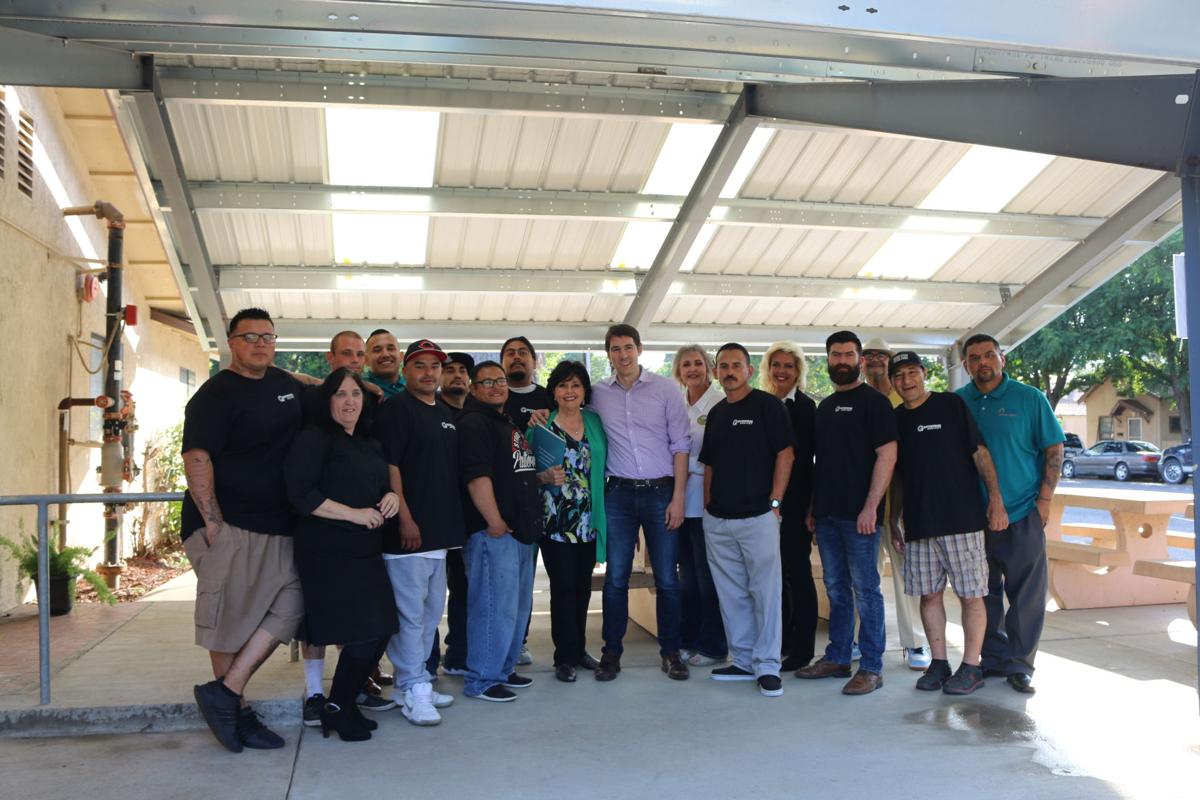 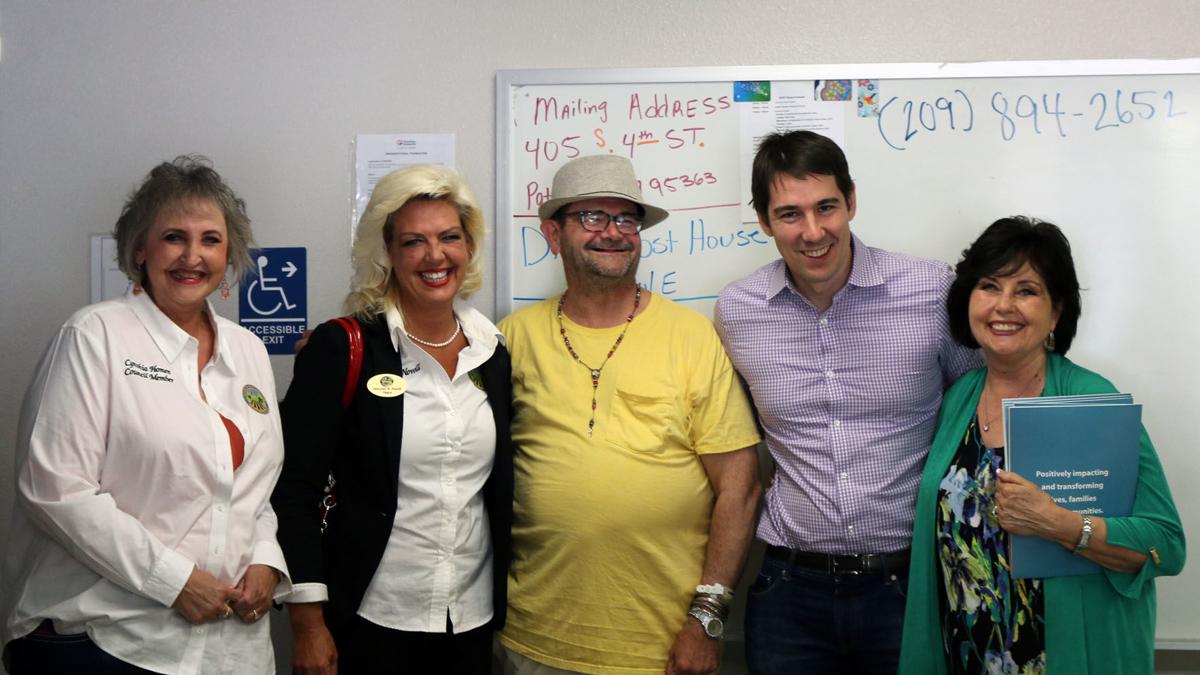 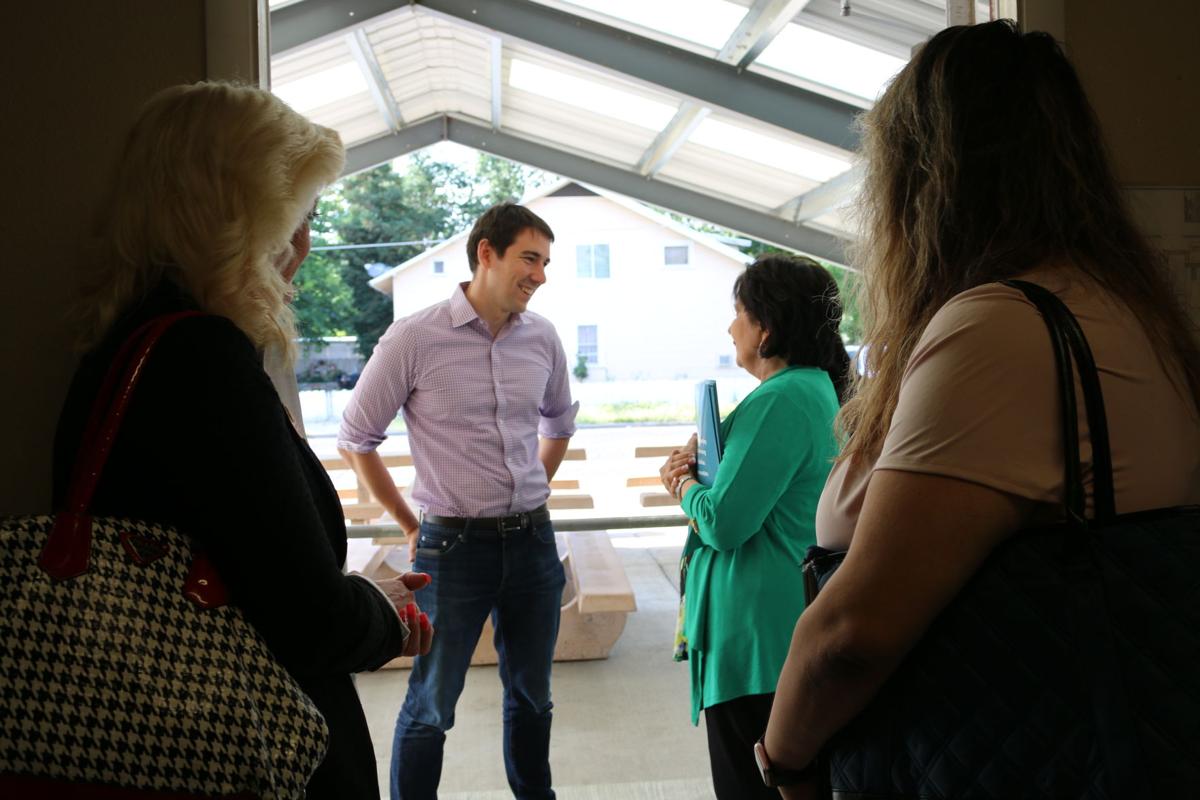 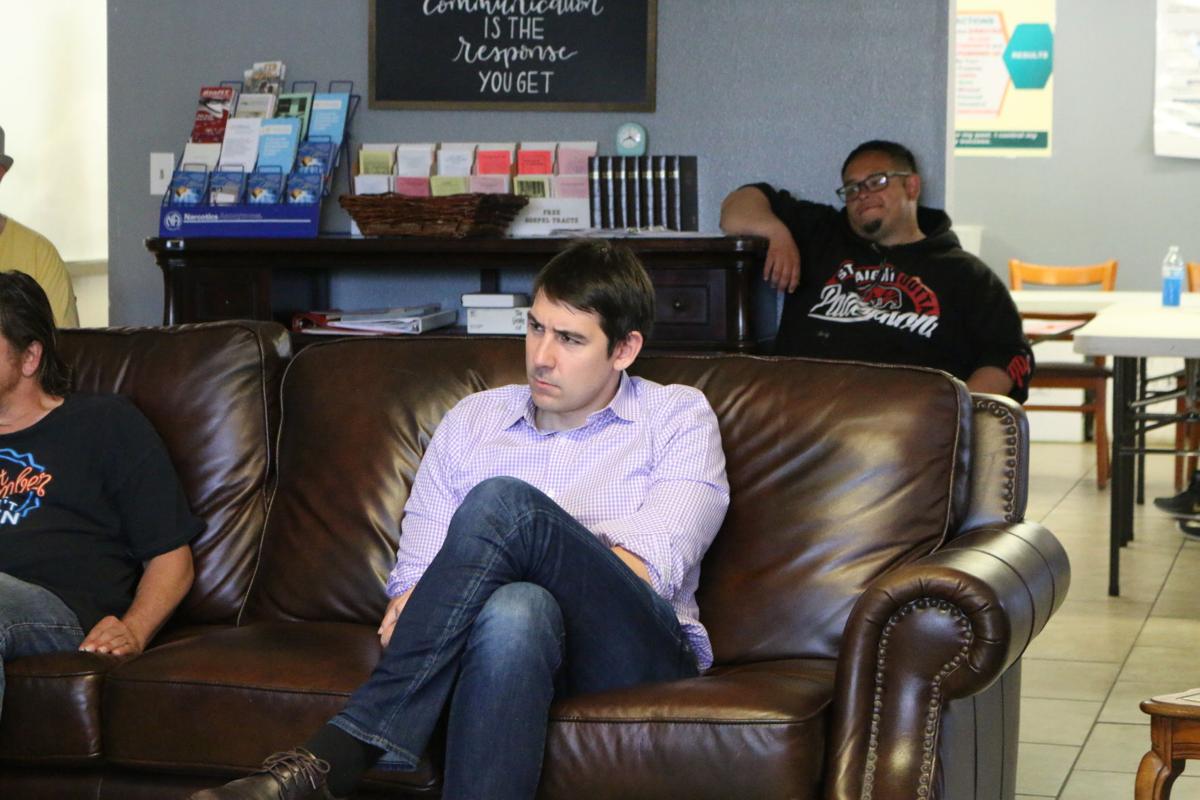 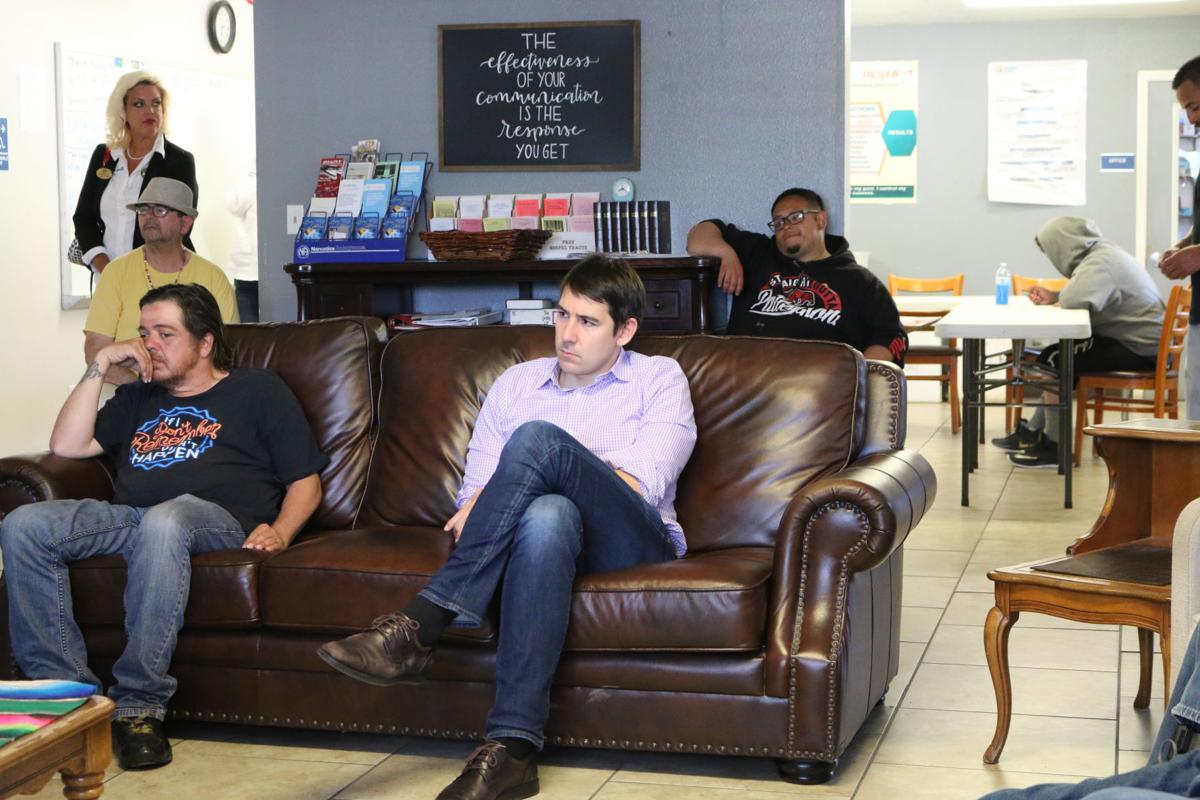 The Congressman met first with city officials, where the conversation centered around H.O.S.T. House and the future Naomi’s House. The two together are projected to cost around a half-million dollars a year, conservatively, to run, Mayor Deborah Novelli said after the meeting, so the city is asking the Congressman to work for federal assistance on the shelters’ behalf.

Harder next took a tour of H.O.S.T. House, the tour portion of which he appeared to cut short in favor of talking to the program participants, which are also known as students. Some of them have come a long way in a very short period of time, and most are surprisingly willing to talk about themselves, and their experiences.

Harder asked a participant why he is involved with the program. “My life was going nowhere, and I was stuck, and I did not care about anything anymore, and I came in here, and Dr. Boyer, and this program, this house, has absolutely changed my life, from the inside out.”

The man became emotional, as he spoke about two children who are now back in his life. He later said that his family is going through the process with him.

“Everything’s changed,” he said, “I’m closer to God than I’ve ever been in my life… it’s getting better every day. There’s always hope.”

“What have you learned through the process?” Harder asked.

“I’ve learned to transform my life. Again, I did not care about living or dying; didn’t matter. And when it doesn’t matter, you do whatever you please. But life is not about that. It’s about being honest, being loyal; everything good. And all you gotta do is take that first step, and everything just, you know, comes along,” he said, his voice breaking with emotion. “My life has completely changed. Completely.”

Harder asked him what he wished other people in the community knew about “what happens here.”

Another participant answered: “I don’t think they understand the opportunities that are afforded us here. Opportunity to turn your life around – not just a shelter. It’s more of a home. It’s like we’re all brothers here.”

“And there’s success stories that came from here already,” another said. “People that have started to move on, getting their lives back together.”

Dr. Boyer mentioned Jennifer, the first female Project Restart participant, who was living in her car while attending the Project Restart program offered at H.O.S.T. House. During a community meeting for Naomi’s House, a woman in the group offered Jennifer a spare room in her home. Boyer described it as a “sweet connection,” as the two women have helped each other. Jennifer now has a job. “She was able to just take a step, and keep going, one step at a time. Our goal is for all (students) to be self-sufficient. We have our graduates from the first group; two have started a business, and rented a house in Newman, and doing very well. The participants in the room, she said are part of the program’s second group of students.

Current program participant Tito was part of the first group, “and he decided that it was not for him,” Boyer said, adding, “that happens frequently. Sometimes the first class may not fit, but then they come back, and they’re asking to be part of the class, so I was very glad to see Tito as part of the class.”

“When you’re caught up in the lifestyle, as far as addiction, or being on the streets or whatever, it takes a lot to make somebody even just consider changing their lifestyle,” one of the program participants said. “But I believe that this place right here, honestly, and this is for real, provides hope. It really does. You can honestly see that Dr. Boyer, and Laura, they really do. They really care. And sometimes that’s what we need, just to see that, and to push us to want to strive.”

“What are you hoping for – what do you want to do?” Harder asked.

Walter, who was part of the first class, has a job, but still stays at the shelter at night because he doesn’t yet have a place to stay. He was renting a room, he said, but that proved to be too expensive.

Asked what he learned in the class, he said, “I learned to make short-term goals and keep them.”

Robert, who has been in prison on and off for most of his adult life, mentioned having said whatever he thought would get him through other programs. He has truly made an effort with Project Restart, and is learning to communicate more effectively. As with many in the program, he said he’s had to learn how to be a husband and a dad.

“If all the shelters in the United States was modeled after this, we’d have more people getting back to work, getting lives together; and less dependency on drugs, or the government for handouts.”

As he was preparing to leave, Harder shared some words of encouragement, ending with the invitation to “let me know what I can be doing to help.”

After a quick peek at where Naomi’s House will be built, Harder headed for the Hammon Senior Center, where he held a Town Hall. That video is available on the Irrigator’s Facebook page.