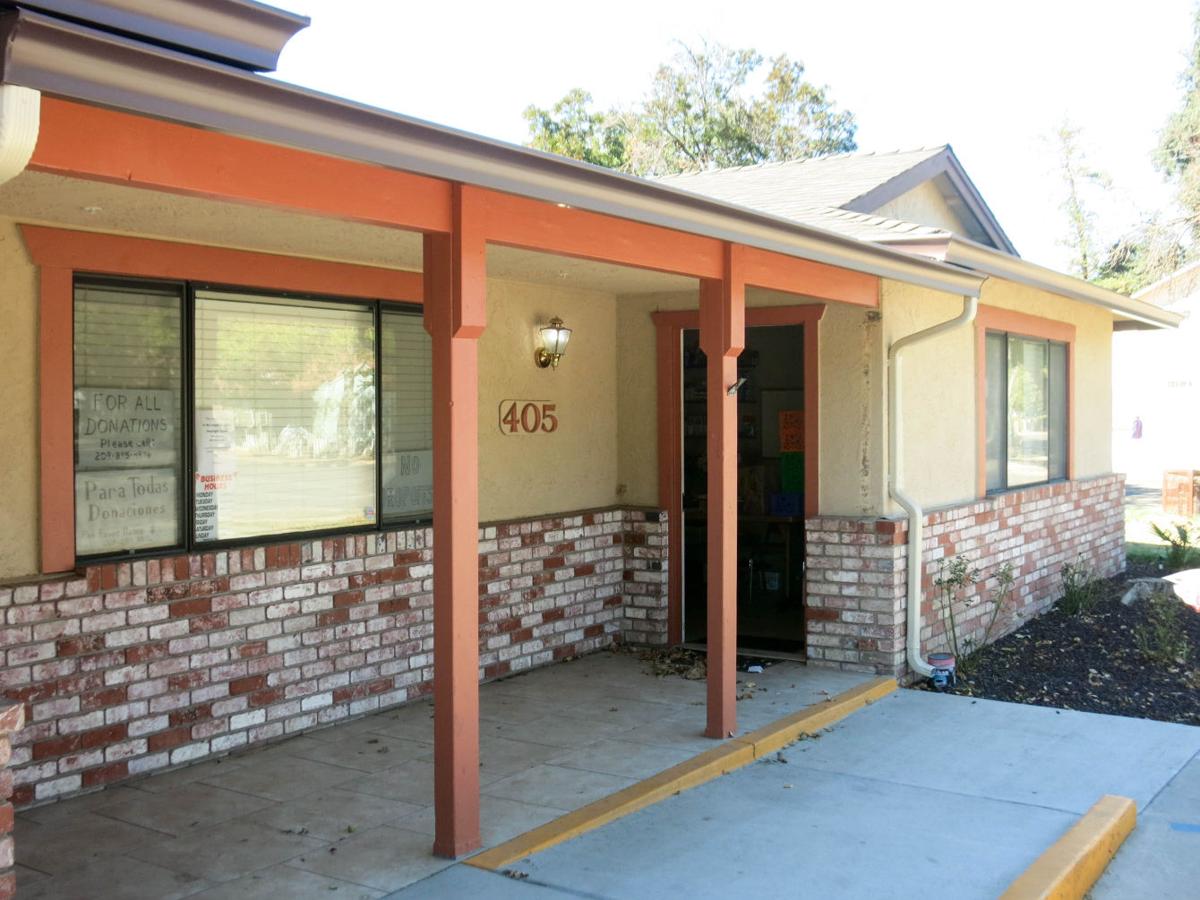 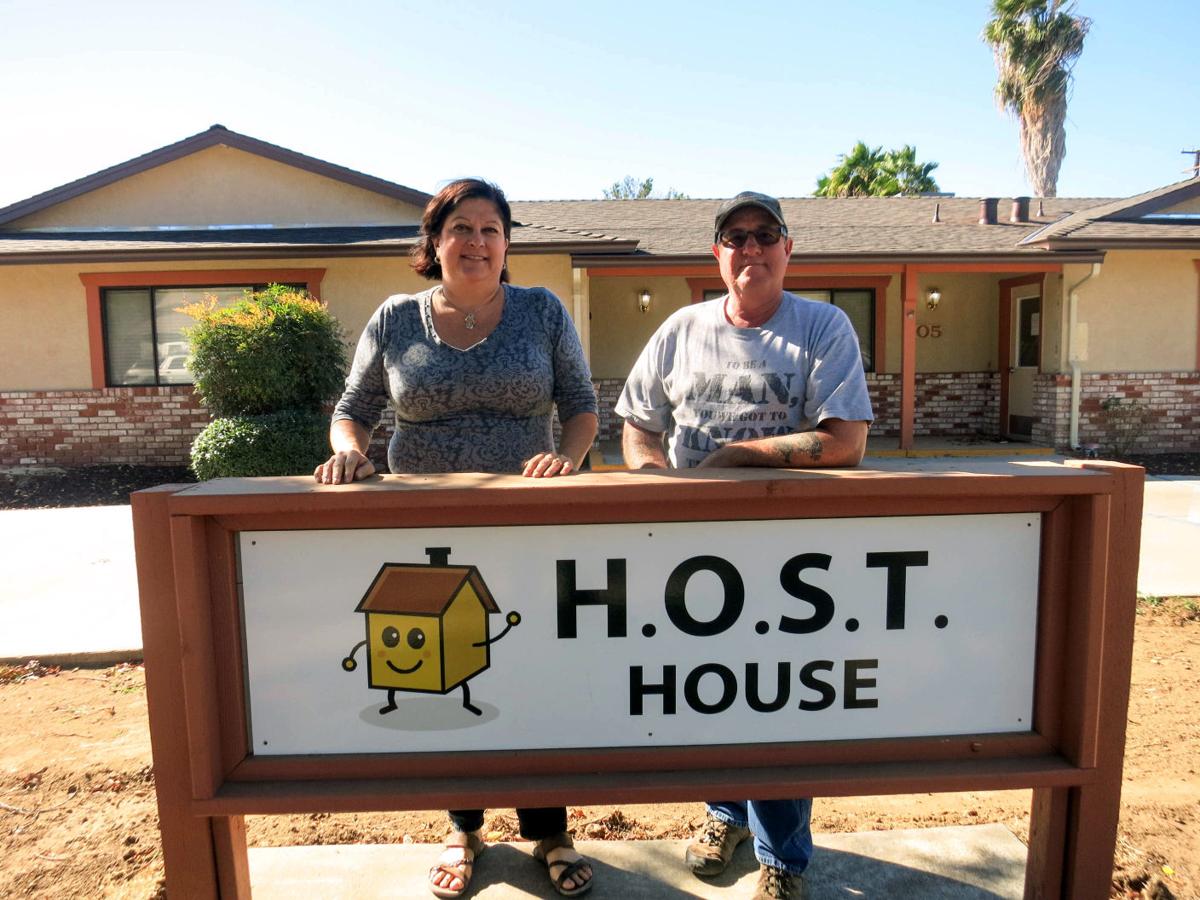 Pamella Secrest, executive board member and treasurer, and Kurt Gross, project manager, pose for a picture in front of the HOST House, which recently received a new roof and paint job, Oct. 30, 2015.

Pamella Secrest, executive board member and treasurer, and Kurt Gross, project manager, pose for a picture in front of the HOST House, which recently received a new roof and paint job, Oct. 30, 2015.

The local, faith-based nonprofit has a straightforward vision, to end homelessness. While the organization’s current funding only allows the shelter to stay open part of the year, volunteers and board members continue to work in the offseason to provide blankets, personal hygiene products, food packages, individual case support and more to the local homeless population.

“Even though we’re considered a winter shelter, we are a benevolent organization throughout the year,” Kurt Gross, project manager, said.

As the HOST house neared what would be its third season this year, a hurdle that could have prevented the shelter from opening presented itself; the roof would not make it through the winter.

“Particularly an El Niño year, there was no way we were going to survive without a new roof,” Gross said.

Pamella Secrest, executive board member and treasurer for HOST, as well as Gross’ wife, added that a storm last year blew off chunks of the roof.

“We actually got lucky last winter was so mild and we only had a couple of bad storms,” she said.

HOST kicked of a “Raise the Roof” fundraiser in May and, with assistance from the community and “off-the-chart helpful” roofing and HVAC companies, was able to replace the roof, with all-new underlayment sheeting, as well as the shelter’s air-conditioning units.

“We spent $10,000 for a $50,000 project,” Gross said. “I asked (the companies) directly if they’d be willing to let me say who they are, and I was referred to acknowledge the one who’s really in charge and give all the glory to God on this one.”

Last winter, HOST sheltered a total of 42 guests, and the organization was able to transition 18 into stable housing. Stable housing could mean an apartment, a family member’s home or a rehab center.

One of last year’s guests, Andrew Cruickshank, was even hired by HOST to work as a part-time house manager alongside Steve Duran and Lisa Torres.

The house currently has 16 beds with guests sleeping two to a room. HOST accepted six people Oct. 31, a soft opening until guests stabilize and the other 10 beds become available.

Acceptance into the shelter is first come, first served, and the men and women wishing to join must be 18 or older and agree to participate in case management and respect their fellow guests.

“One of the biggest challenges is public perception. The HOST house does not exist to be a flophouse. We do individual case management and our goal is to provide a transitional living condition for roughly 60 days, or as short as possible, so that we can get people off the street,” Gross said. “We are not a hand-out, we are a hand-up organization.”

Secrest explained that HOST guests must follow a list of rules in order to stay in the house. These rules include returning each evening to the shelter between 5 and 6 p.m., completing assigned chores and showering daily.

Guests stay an average of three weeks to two months. After 60 days, a guest may be granted more time depending on their given situation.

“In 60 days we want to be able to see, by the house members reporting back to the board, that these people are succeeding and meeting their goals for their case management,” Secrest said.

Gross and Secrest are both part of a 60-member homelessness action council, which reports to a 20-member Stewardship Council overseeing Stanislaus County’s Focus on Prevention program.

Homelessness is one of 10 areas of concern for the program, and the HOST board members are looking to create their own West Side-based action committee.

As of a point-in-time count conducted in January, Patterson has 61 homeless.

Gross suspects that number is even higher—that many homeless individuals were not out and about in the cold weather to be counted.

The first meeting of the West Side action committee is scheduled for Nov. 16 at 6 p.m. in the Hammon Senior Center.

Nathan Duckworth can be reached at 892-6187 ext. 307 or nathan@pattersonirrigator.com.

Thank you Nathan for such a nice write up!!! HOST extends our thanks to you.