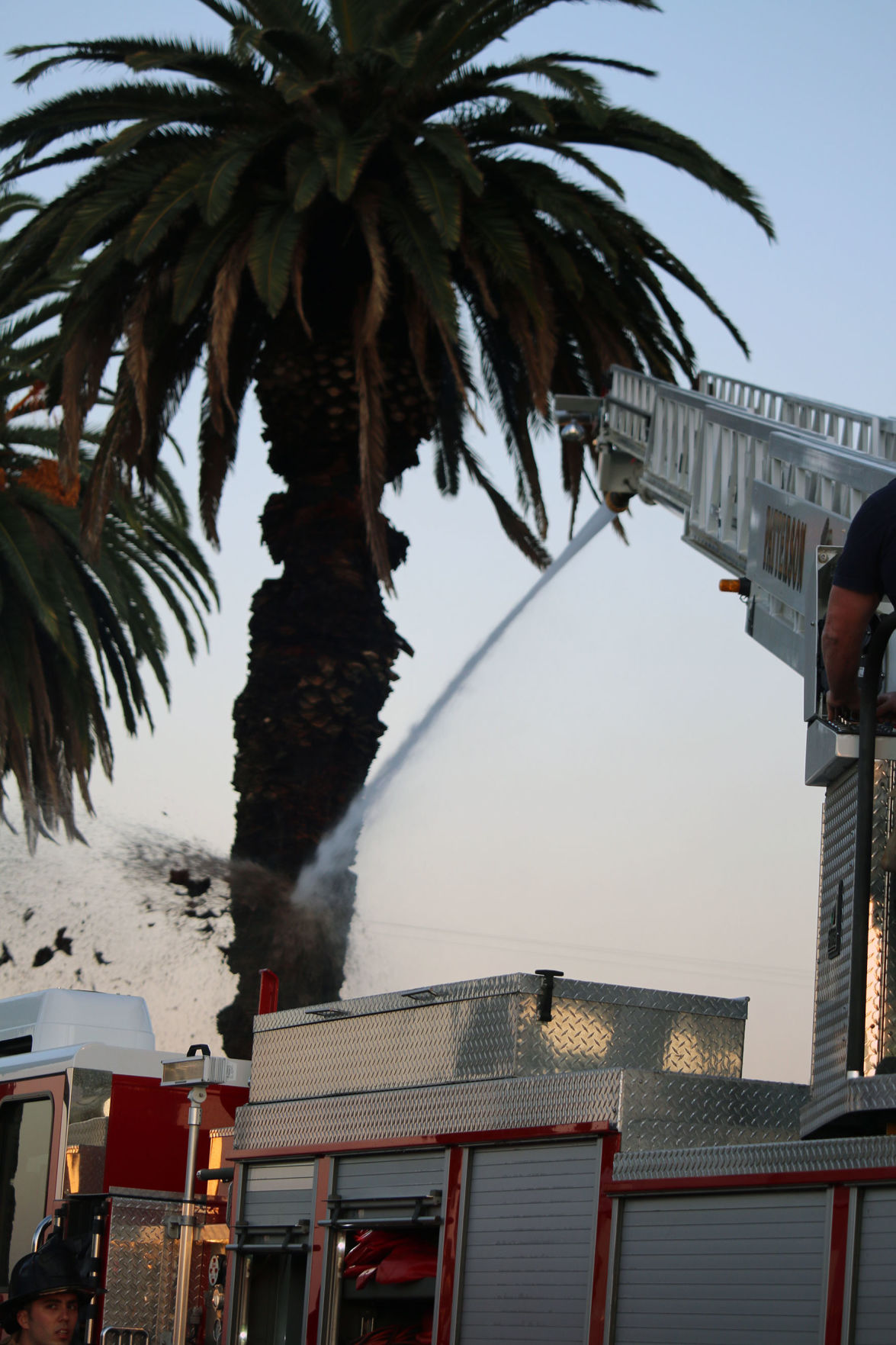 Debris flies from a palm tree fire as it is hosed with water from the ladder truck. The incident, which involved two palm trees on opposite sides of East Las Palmas Avenue, was one of several during the windstorm on Sunday, Oct. 27, 2019. 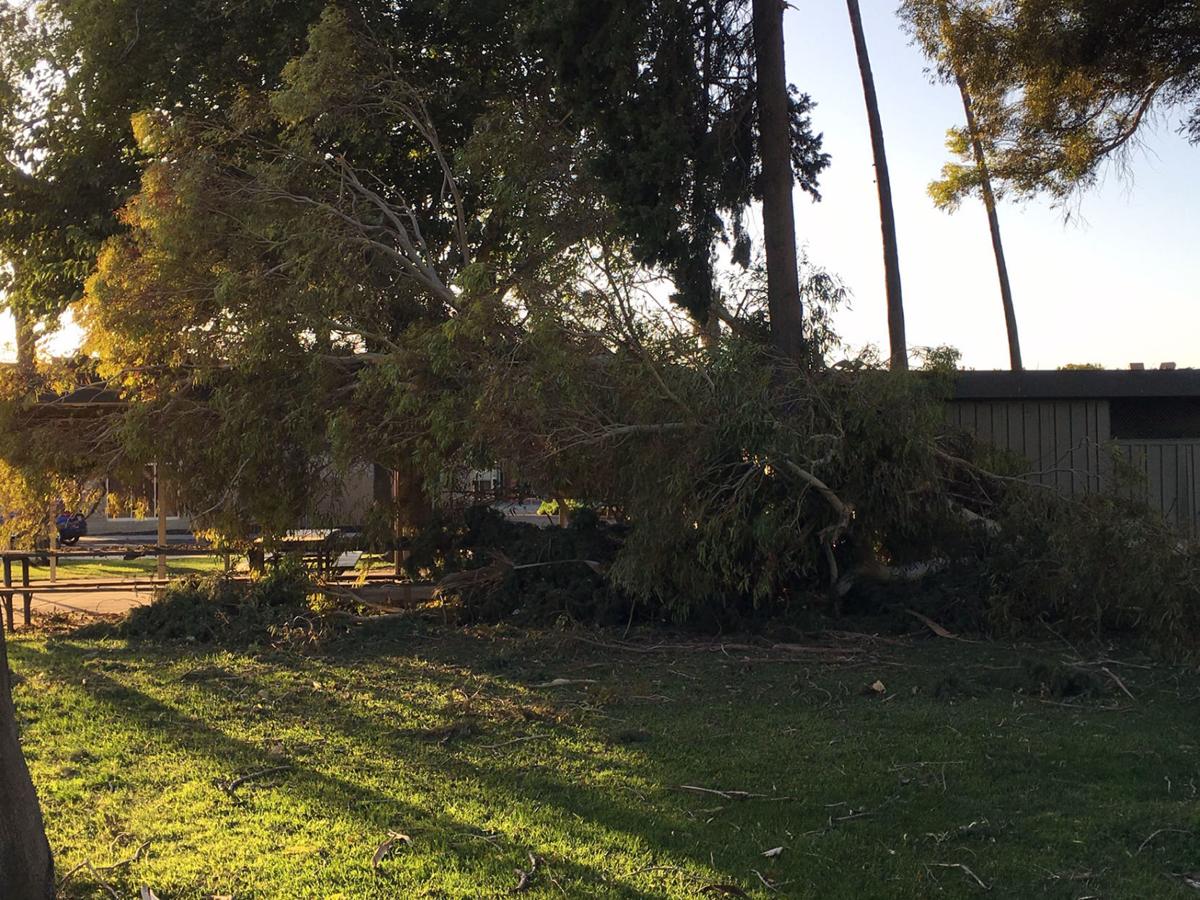 Debris flies from a palm tree fire as it is hosed with water from the ladder truck. The incident, which involved two palm trees on opposite sides of East Las Palmas Avenue, was one of several during the windstorm on Sunday, Oct. 27, 2019.

Editor's note: More photos from the storm are available as a photo collection on this website.

The windstorm that blew through the area over the weekend had public works crews and firefighters hopping, as it whipped up fires and blew down branches.

The windstorm that blew through the area on Sunday kept public works crews busy from 5 a.m. Sunday morning until long after dark.

“We had 11 staff members working throughout the day and night, which finally ended at 11:30 p.m.,” Public Works Deputy Director Robert Andrade said Monday. “We received approximately 30 calls for service due to falling branches, along with two complete tree failures. There were many more instances where our crews encountered tree issues that were not reported by the public,” Andrade said.

“During a windstorm,” Andrade continued, “the crew will respond to a tree issue, make the situation safe and then move on to the next call. The broken branches will remain on the ground until we have addressed all the safety issues.”

Crews worked Monday and Tuesday chipping up the branches that remained on the ground.

Local fire crews were also dealing with the effects of the strong gusts, Fire Chief Jon Schali said Tuesday. There were three small vegetation fires, he said, as well as a large fire at a commercial facility on Gaffery Road.

Schali described the commercial fire as wind-driven, and said it moved fast. No buildings were affected by the blaze, which was first called in as a smoke check around 4 p.m., but some equipment at the site was destroyed. The fire consumed about 43 acres, and “we finally got control about 6 a.m. the next morning.”

While crews were battling the Gaffery Road fire, Patterson Station 1 responded to twin palm tree fires on East Las Palmas Avenue. A palm frond on the north side of the road contacted a TID line and ignited around p.m. The strong wind blew embers to the tree opposite, on the south side of East Las Palmas, which also caught fire.

Newman Fire came up to assist the Patterson crew.

Working alternately on one side of the road and then the other, the Patterson crew used the ladder truck to battle both blazes, located in the crowns of both trees. Fire trucks from both stations shuttled water to the ladder truck by turns. The road was closed in both directions for more than an hour.

But the night wasn’t over yet.

At 4:50 a.m., crews were called out to a fire on Poppy Avenue. It started as a vegetation fire, Schali said, and moved to several vehicles, and a boat and trailer, which were destroyed.