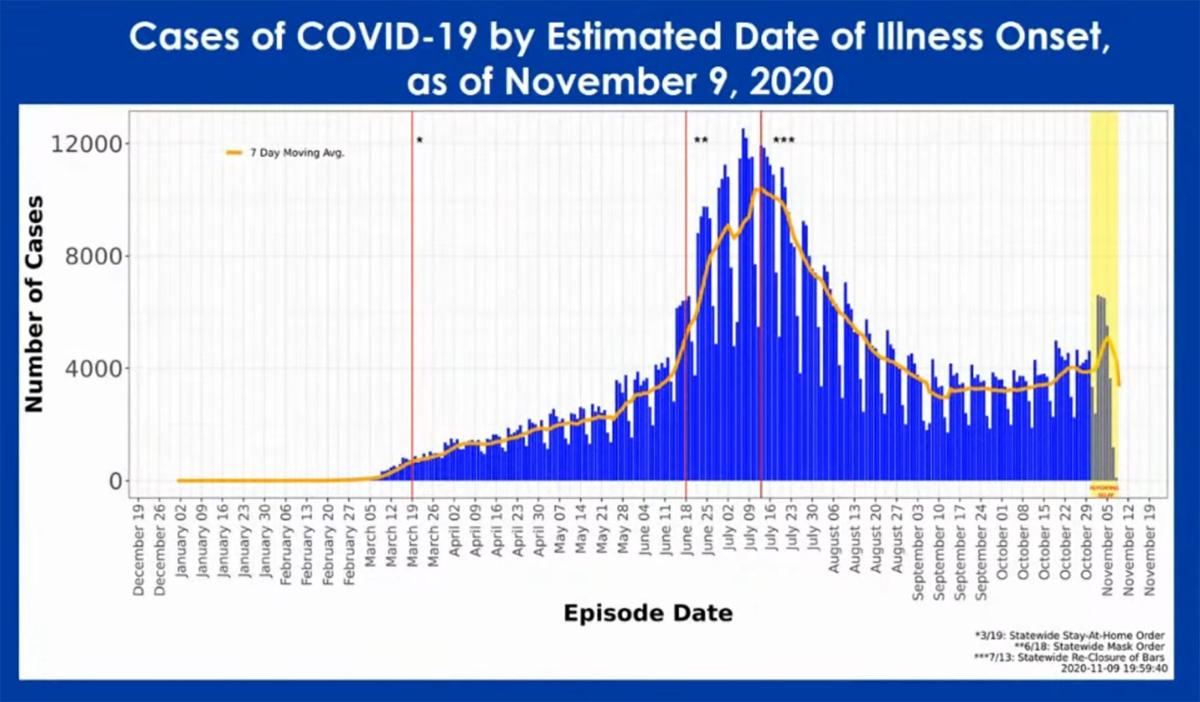 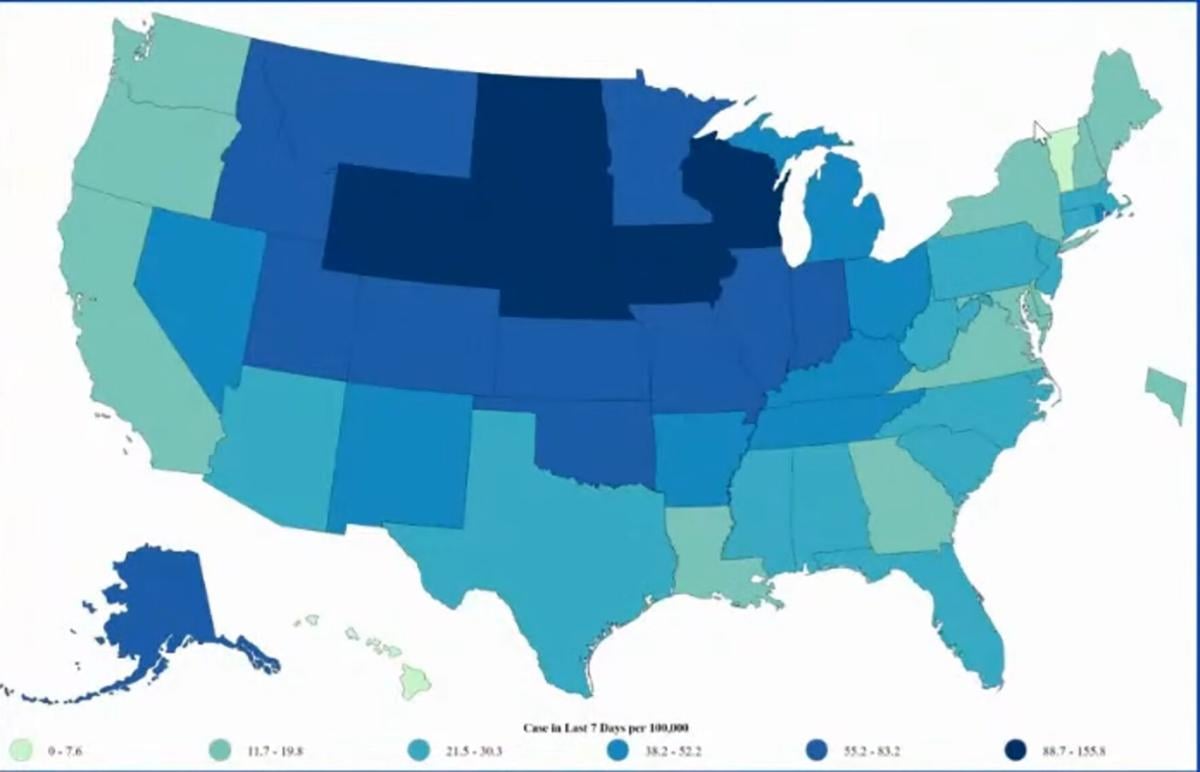 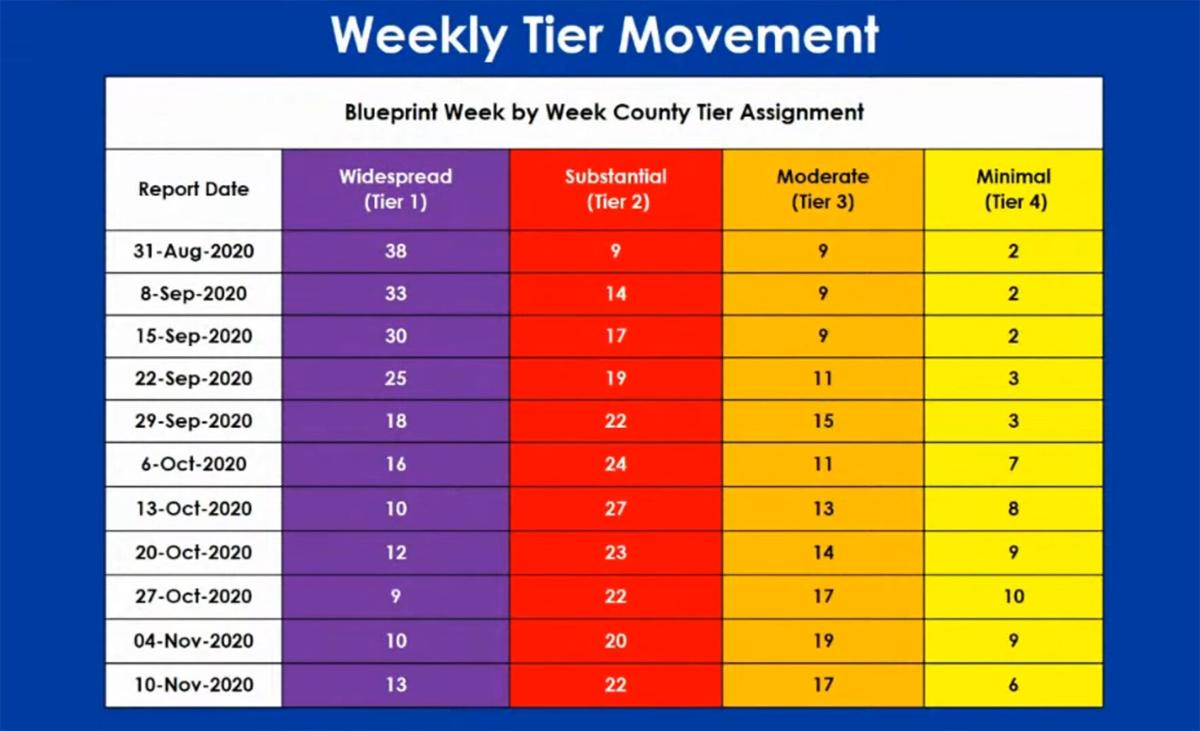 The California Department of Public Health announced on Tuesday that Stanislaus County would join Sacramento and San Diego counties in dropping from the red tier to the purple tier of the Blueprint for a Safer Economy reopening plan, but Stanislaus County officials aim to contest this decision.

“Stanislaus County disagrees that the qualitative and contextual elements of the local status of COVID-19 are correctly represented by the current metrics measured by CDPH,” stated a prepared statement on behalf of county officials.

Stanislaus County filed an adjudication claim to the state, keeping the county in the red tier for at least a week longer, as state officials process and analyze the claim. The state created the adjudication process to give counties the opportunity to respond to a tier reclassification with data clarifying the disease transmission rates.

“It is our intent to create an opportunity for dialogue to encourage using our local data and circumstances to drive appropriate mitigation restrictions,” said Mary Ann Lilly, Stanislaus County Health Services Agency Managing Director. “We want to protect our community, preserve healthcare capacity, while supporting economic sectors and activities, that with proper precautions, can operate safely.”

County officials will aim to prevent the county’s drop to the purple tier over approximately the next week.

State officials shared on Tuesday that California has shown 6,078 cases over a 7-day average with a 3.7 percent 14-day positivity rate across the state. California has not seen the positivity rate rise above 4 percent since August and September. The rate was as low as 2.9 percent on Oct. 26. This, coupled with higher hospitalization and ICU rates, have prompted concern from state public health officials.

“We know many people feel exhausted. They feel isolated, and they’re impatient. We talked a lot last week about COVID fatigue. I even talked about COVID resentment. We know this is hard work, but we must do more,” California Health and Human Services Agency Secretary Dr. Mark Ghaly said on Tuesday. “The virus is not over just because we are tired of it. It doesn’t itself put its guard down. It looks for opportunities to spread.”

More information on the Blueprint for a Safer Economy reopening plan can be found at https://covid19.ca.gov/safer-economy/

School district may need to rely on waiver

Although the Patterson Joint Unified School District School Board opted for a reopening plan on Nov. 2, the district may have to rely on the reopening waiver application that was submitted originally in late September in order to resume in-classroom activities for their target reopening date of Nov. 30 for kindergarten through second grade. The waiver permitted PJUSD to host students in the classroom from kindergarten through fifth grade. The waiver allows K-sixth grade, but the district opted to include sixth grade with the middle school classification.

Patterson High School Athletic Director Rob Cozart announced that Patterson High athletic programs would once again be on pause in reaction to rising numbers in the county.

“The last thing we want to do is contribute to this surge,” said Cozart. “We’re trying to do our part. The longer we are in the purple tier, the harder it’s going to be on us.”

During the press conference on Tuesday, health officials shared that state officials are working with the California Interscholastic Federation (CIF) and other managing athletic bodies to determine a guidance plan for high school and youth athletics across the state. They aim to get the guidelines for sports activities “out soon,” but Dr. Ghaly refrained from offering a more specific timeline.

Patterson High had hoped to get back into sports activity in time for the aimed timeframe of late December and early January by CIF officials, but the fluctuation in COVID-19 numbers across the state, and the restrictions that come with those changes, are going to be a continual issue for coaches and student-athletes.