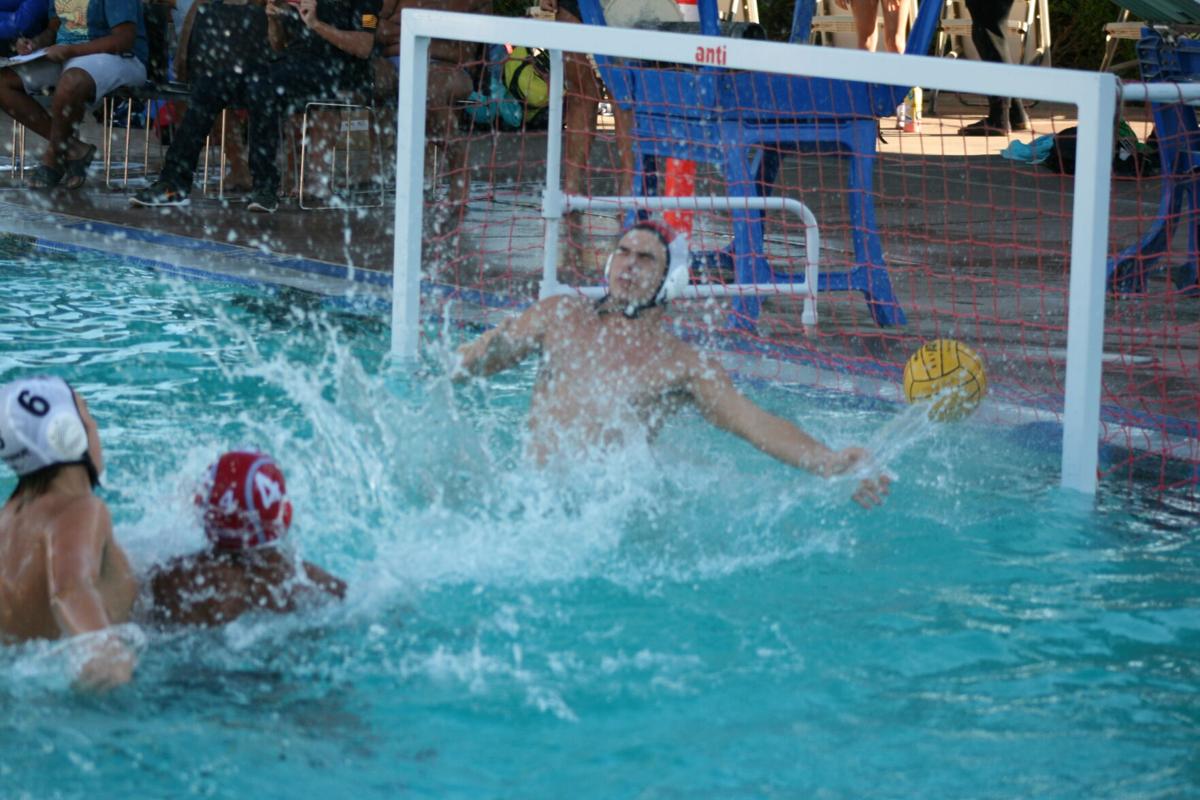 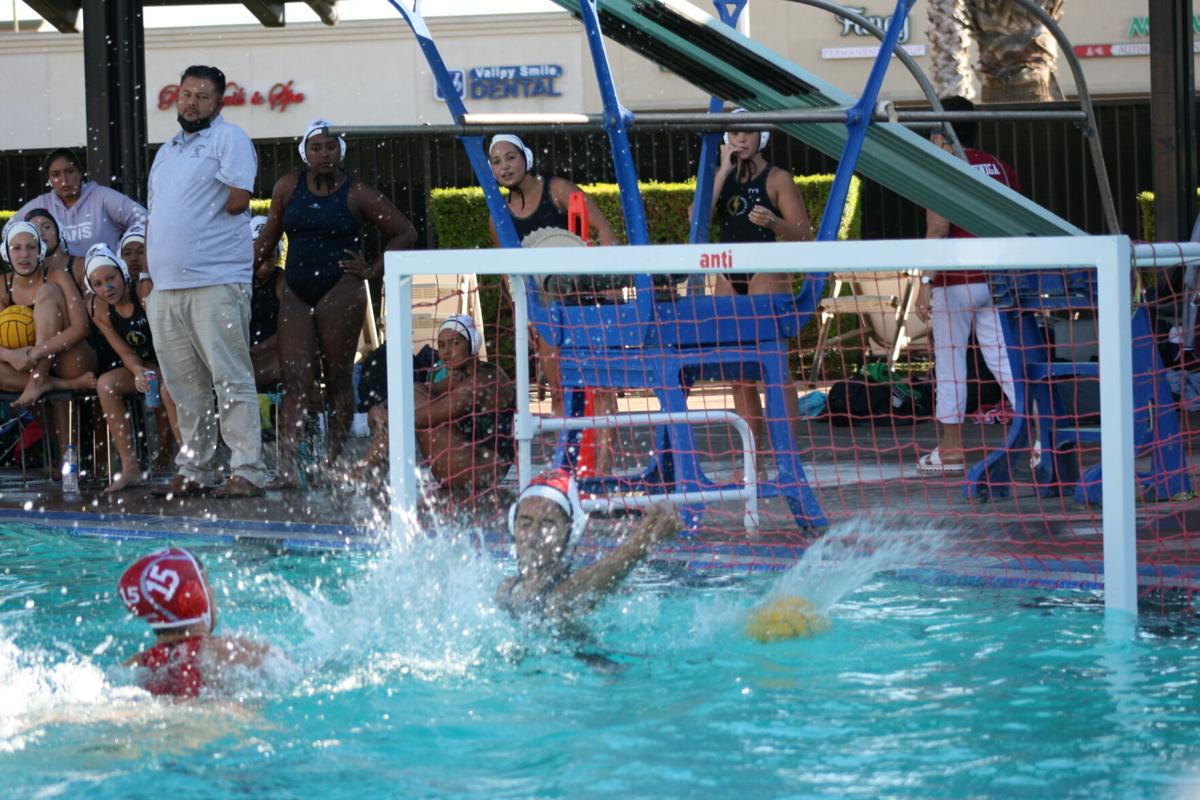 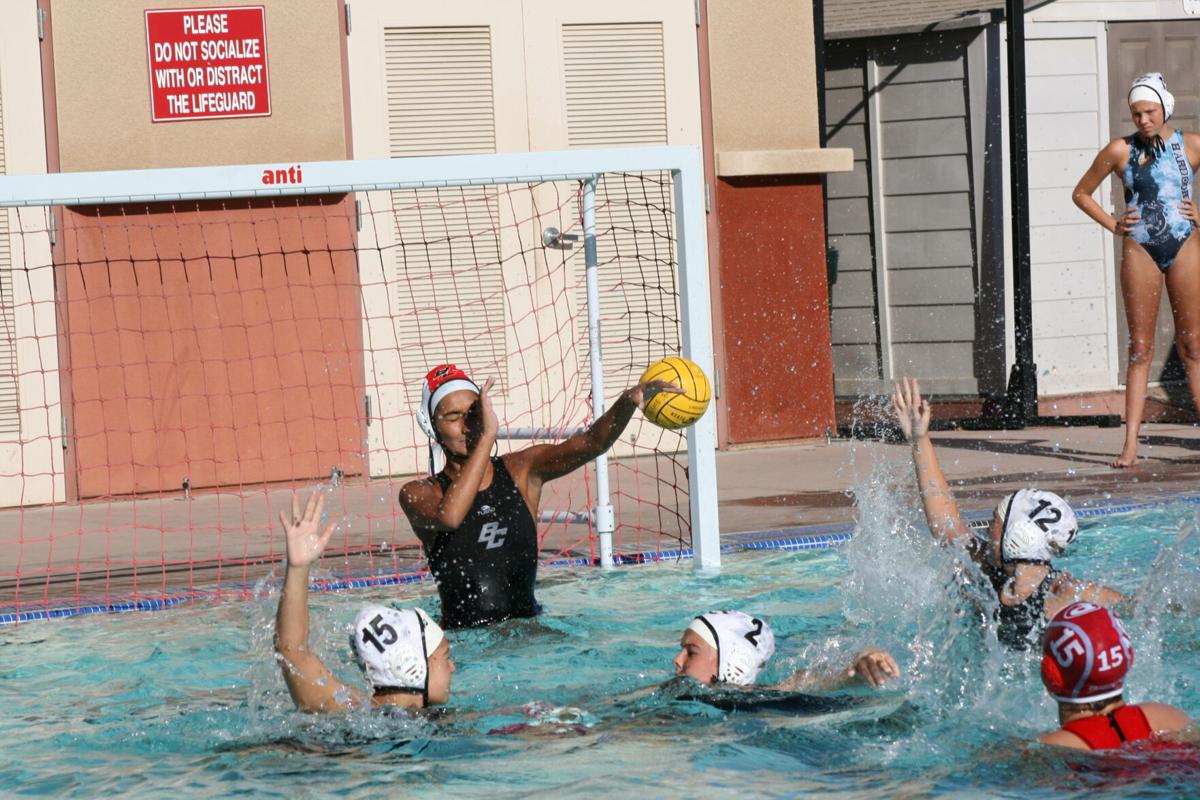 Water polo continues to take bumps and bruises against the elite programs of the conference losing to Buhach Colony, the girls lost 13-4 and the boys lost 14-6.

“We played how we played. I was telling the kids sometimes luck has to do with things, but I think the more they play and practice the more they will learn,” said girls head coach Phoebe Skelson.

Both teams were severely outnumbered by Buhach as the Thunder water polo team is double the size of the Tigers. Some of the athletes on the girls’ water polo team also play other fall sports like their leading scorer Lisette Gregoris who is also the football team’s junior varsity kicker. With the girls having multiple sports and activities they’re involved in getting a full practice is hard to come by, making this year’s success more remarkable.

“It’s hard because we have a small team and we’re feeling the effects of that,” said Skelson.

The girls struggled with Buhach’s pressing style on defense, making it hard for the Tigers to get into their offense. “We have to get better at ball handling and swim [to get open]. They have to come to practice for that.”

The boys didn’t go down easy, despite how the score looked. They played excellent defense to start the game holding the Thunder to only two goals.

“We practiced and focused a lot on that man down situations [when an exclusion foul is called, and the offense has a numbers advantage] and ran it beautifully at times. They were able to get in the right positions and score goals, I was really proud of that,” said boys head coach Valerie Jamieson.

The boys game went with few ejects (exclusion fouls) mainly because they were only one referee available to officiate the game. Situations like this usually led to missed calls and a more physical game to the lack of calls, this game wasn’t any different.

“That’s a tough break because the game is fast, and our plan was to try to drive and get the ejects but that just didn’t happen.”

Buhach’s boys tried to press Patterson, but the Tigers handled it well and was able to get penetrate through the press to get shots on the goal. In the end the depth and fresh bodied of Buhach would be the difference as they were able to get out on the fast break and scored eight goals in the second and third quarter.

“The break will give them a change to replenish their bodies and minds after five weeks straight of playing. For how exhausted they are mentally and physically they played amazing. They got outplayed and that’s fine, but they didn’t make a lot of mistakes,” said Jamieson.

The team will start the second half of league games Wednesday, October 5 at home against El Capitan, the girls will play 5 p.m. followed by the boys. At the moment, the Tiger girls are fourth in league and the boys are fifth.