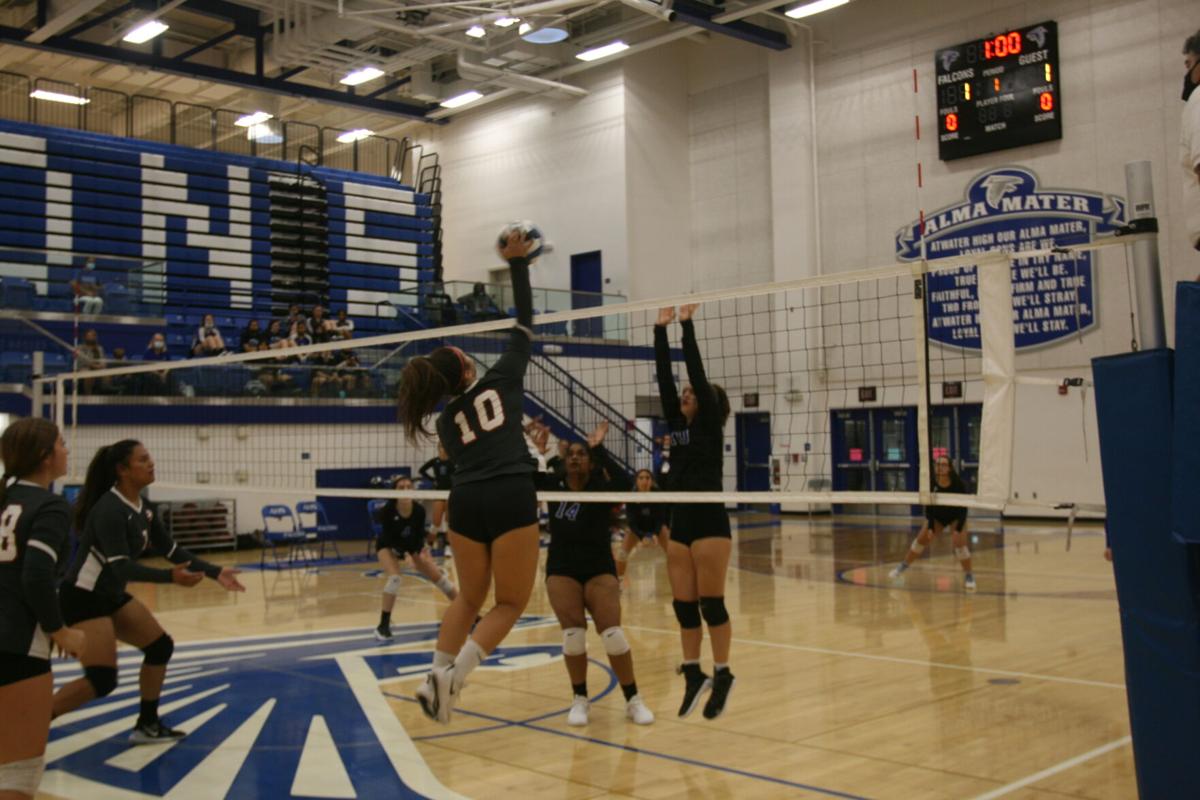 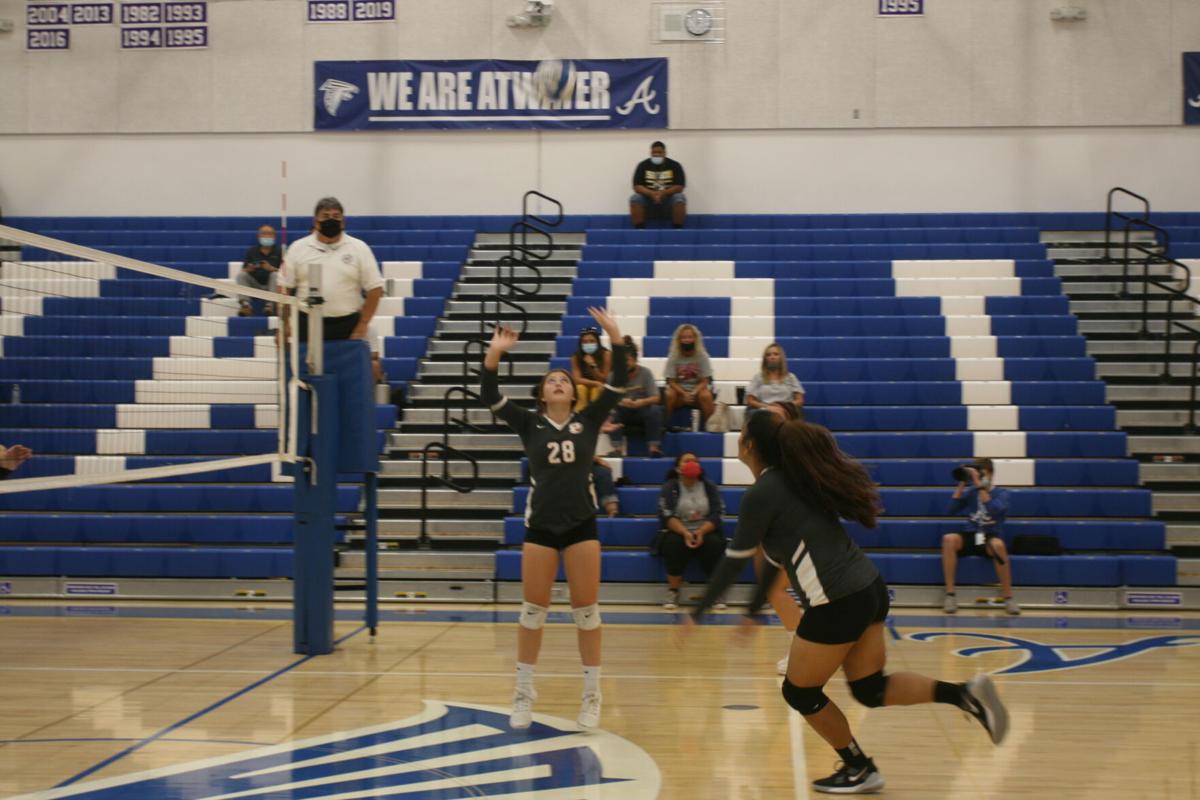 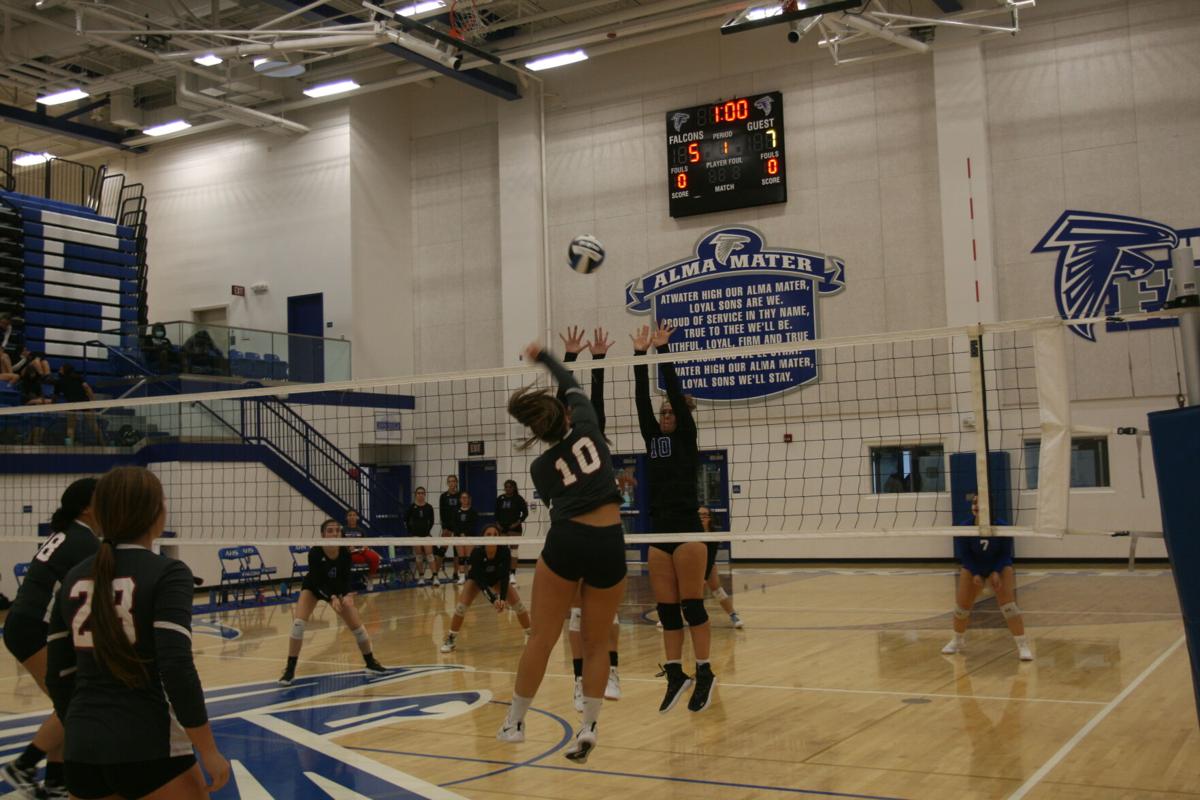 Patterson volleyball put together a winning streak this past week defeating Atwater in their first road game and putting Central Valley away in straight sets at home Tuesday night.

The team was battle tested in last weeks game against Atwater, when the Falcons won the third set and rallied to make the fourth set a nail bitter.

“Yesterday [September 8] we didn’t work on a lot of skills, they just had to have their energy up. It was there for the first two sets, it started to twiddle in the third but then they picked it back up in the fourth,” said head coach Caleb Moore.

Atwater rallied from down seven in the fourth set, they made the game tight being down only two points near the end of the set and Moore elected to let his players play through the rally.

“I kinda wanted to see what they were going to do. I definitely didn’t want to go into a fifth set, but I wanted to let them play their game and see how much they have developed over the past week with energy and skills, I wanted to see how they put it all together and battle through it. I think if I had called a timeout and stopped the game it kills the energy a little bit, so letting them play through it made them better players,” said Moore.

They dominated Atwater and Central Valley that they only needed a combined seven sets in those two games to make quick work of those teams.

“It helps our energy. Going on this two-game winning streak the girls are way uplifted, and we’ve fixed a lot of the problems we had early in the season now it’s just tightening up skills.”

Tuesday’s game was played without one of the Tigers key players and they dominated as if they weren’t missing a single piece to the puzzle.

“She’s [Rayne] definitely big part of our program. Having her out today was going to test one of our other middles [middle blockers]. I was really satisfied with how we played, I would like to see us do a little bit more blocking, and our tip coverage was really well.”

In the past two games almost every point the team scored seemed to come from an assist from sophomore setter, Maycn Cozart. Cozart has over 100 assists in the last four games and has made herself one of the pillars of this team.

“Maycn is doing a really good job. As a sophomore the skill level that she’s putting out right now is just amazing, you don’t see a whole lot of sophomores putting out that level of skill. Every one of her sets tonight were phenomenal.”

Tuesday’s game was played without one of the Tigers key players, middle blocker, Rayne Tago (health reasons) and they dominated as if they weren’t missing a single piece to the puzzle.

“She’s [Rayne] definitely big part of our program. Having her out today was going to test one of our other middles [middle blockers]. I was really satisfied with how we played, I would like to see us do a little bit more blocking, and our tip coverage was really well.”

As a team their passing keep the Hawks guessing, as a team they had a 2.4 passer rating. They have another tough challenge tonight when they face Buhach Colony (12-3). Buhach is coming off a competitive 3-2 win over Golden Valley on Tuesday. The Tigers will be getting Tago for that game and they need all hands-on deck to earn a win over a team that’s becoming the early pick to win the league title.

“Buhach is definitely a monster that we have to tame, but I think we have a chance of coming out and performing well against them. They have some big girls and strong hitters so we have to play really good defense, which is our strong point so I think we can take them.”