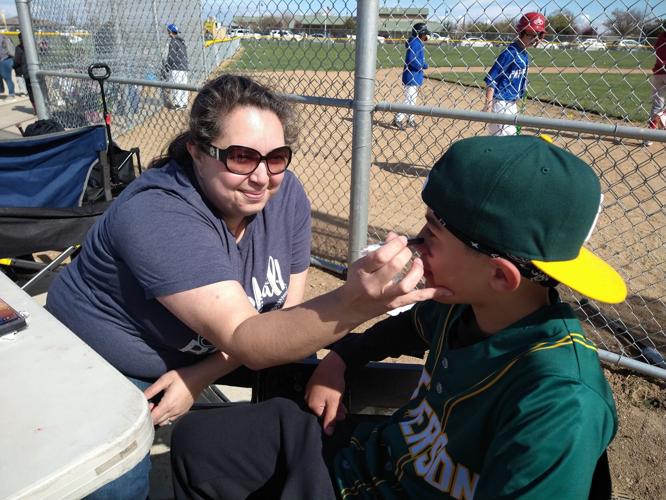 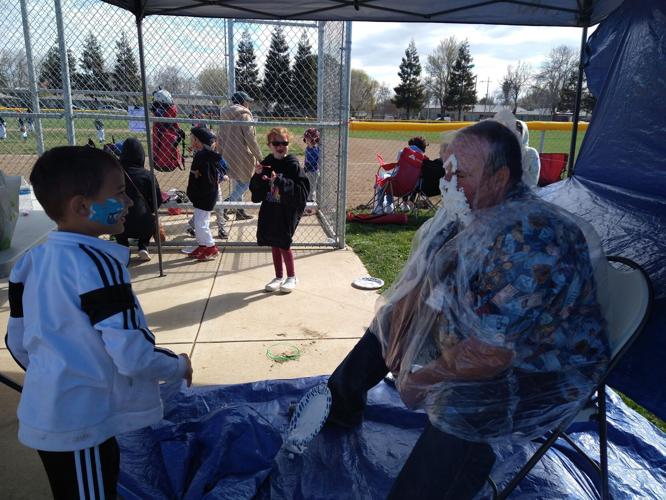 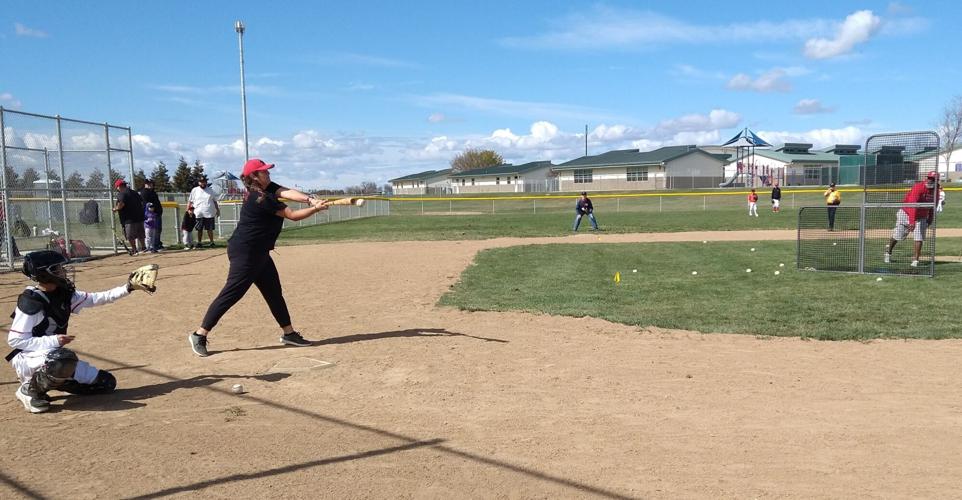 Patterson Little League baseball opened to great fanfare on Saturday, Mar. 5. The opening ceremony at the fields of Walnut Grove School included raffles for players and volunteers as well as a variety of activities for the attendees to participate in.

Tom Threthewey, president of the Patterson Little League, explained that the ceremony was meant to create a fun experience for the players and other kids attending, with everything from throwing pies at volunteers to throwing baseballs as fast as possible. Other activities were face painting, a home run derby, and a hit-a-thon.

But before any of that, the day began by announcing and honoring the many people that made the season possible—the first of which was the American military. The American Heritage Girls presented the armed forces flags, accompanied by a medley of the branches’ songs.

All the league teams then marched in, escorted by their coaches and accompanied by a declaration of their team’s name. One by one they marched out until every player and coach stood facing the infield. All pledged allegiance to the stars and stripes, then recited the Little League pledge.

Threthewey then proceeded to honor a variety of league participants. Volunteers, All-Star players from the previous season, and sponsors all received recognition.

“I’m hoping to support our community,” he said. He explained how seeing the players out on the field that day reminded him of his time playing. “Get families out, kids out, help building teamwork, bringing our community back together as one.” He continued, “Baseball is a tradition. I’d say baseball is my life.”

To kick off the season, school board member Joseph Silveria, along with players Caden and Cooper Herron, threw the first pitches. The Herrons recently lost their dad, Colby, to COVID-19, but before his passing he actively helped out in Little League, coaching his kids whenever he could.

Jamie Herron, the boys’ mother, spoke of what it meant to her that the league would honor Colby. “It’s a really sweet tribute, a good way to help the kids grieve and help moving forward.”

Threthewey, with the help of players from various teams, raffled off prizes to both the kids and volunteers. Mitts and bats went out to several players and some volunteers received tickets to professional games.

After the ceremony had concluded, everyone was free to enjoy all of the presented activities; some teams also shortly after began their first games.

With the opening ceremony past, baseball season is prepped to begin. What might this year hold for Patterson’s teams?