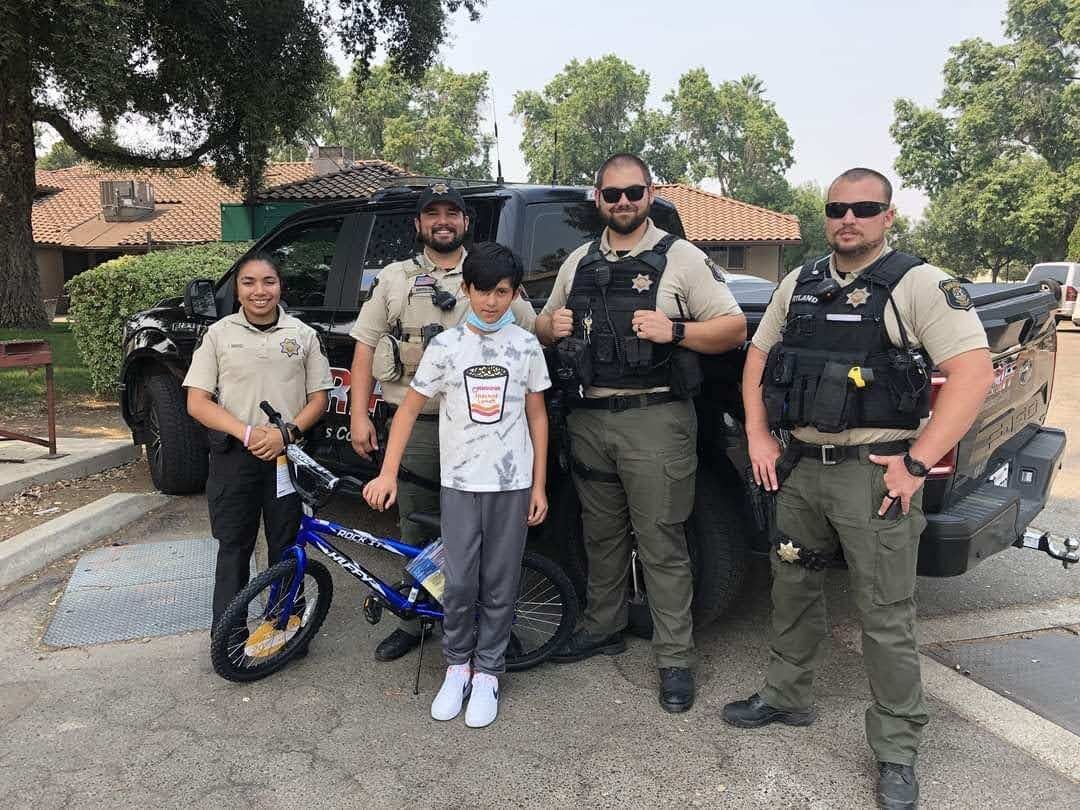 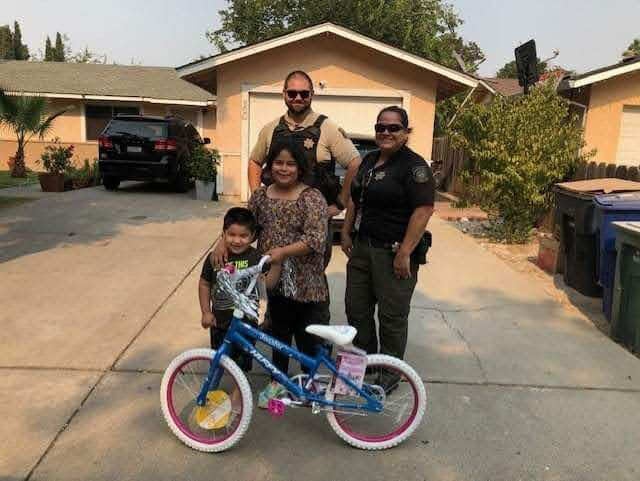 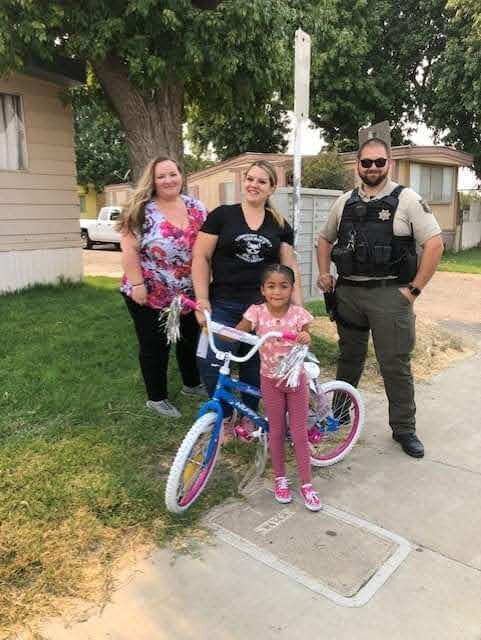 The Patterson police department hosted a bike raffle during the Patterson back to school block part on August 23, and on Thursday that week they delivered the bikes to three families around town.

One of the winners, 10-year-old Kevin Valdovinos, has been to the back to school event many times. He said that, while this year his favorite part was winning the bike, he always enjoys receiving the sets of books from the Scholastic tent.

Valdovinos explained that he already owned a bike, but the tire on it had popped, so he was glad to be a winner of the raffle. Though, due to the busy street he lives on, he took it to his grandfather’s ranch where he’s enjoyed riding it.

Clayton said the police are planning a surprise event in September where they’ll give away an additional six bikes. Dates are still uncertain, but more details will be released soon.