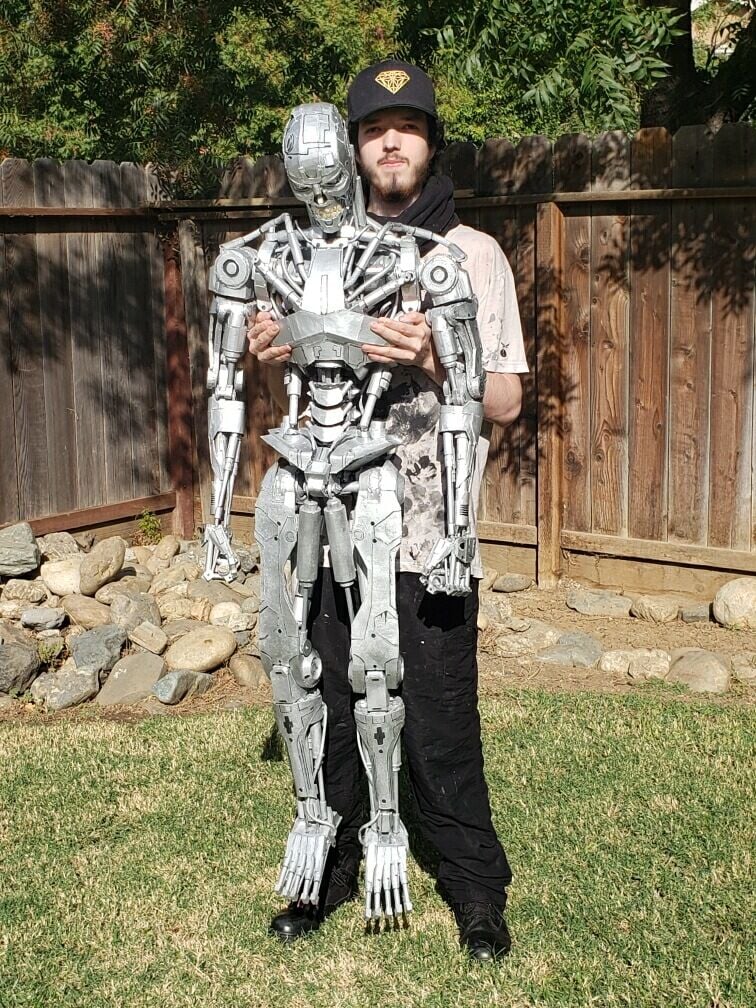 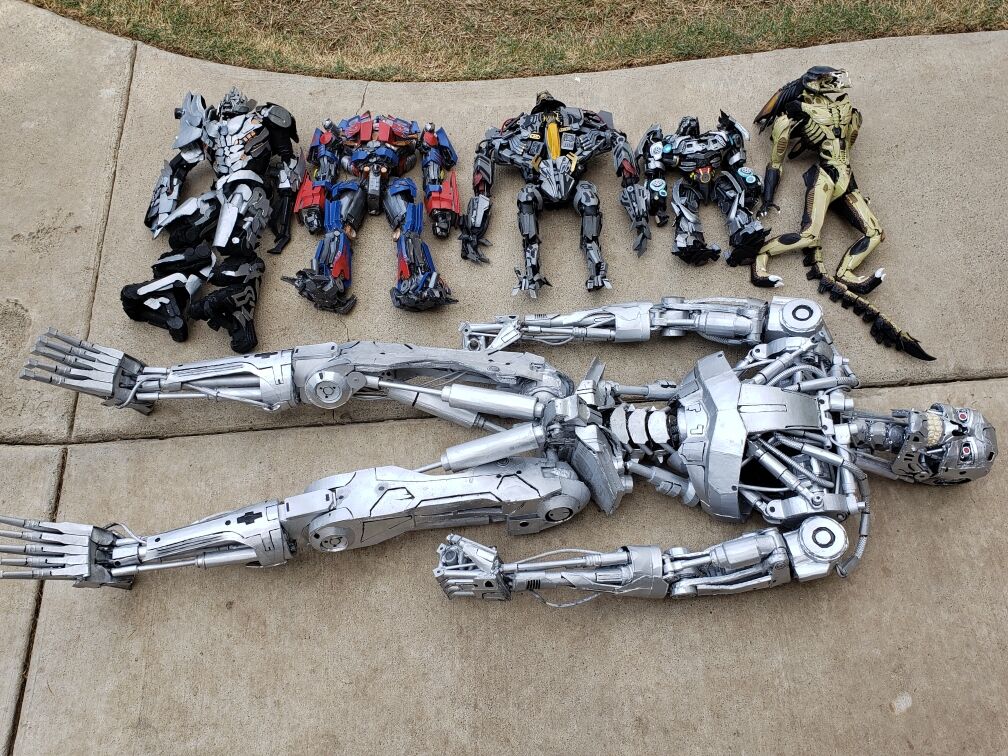 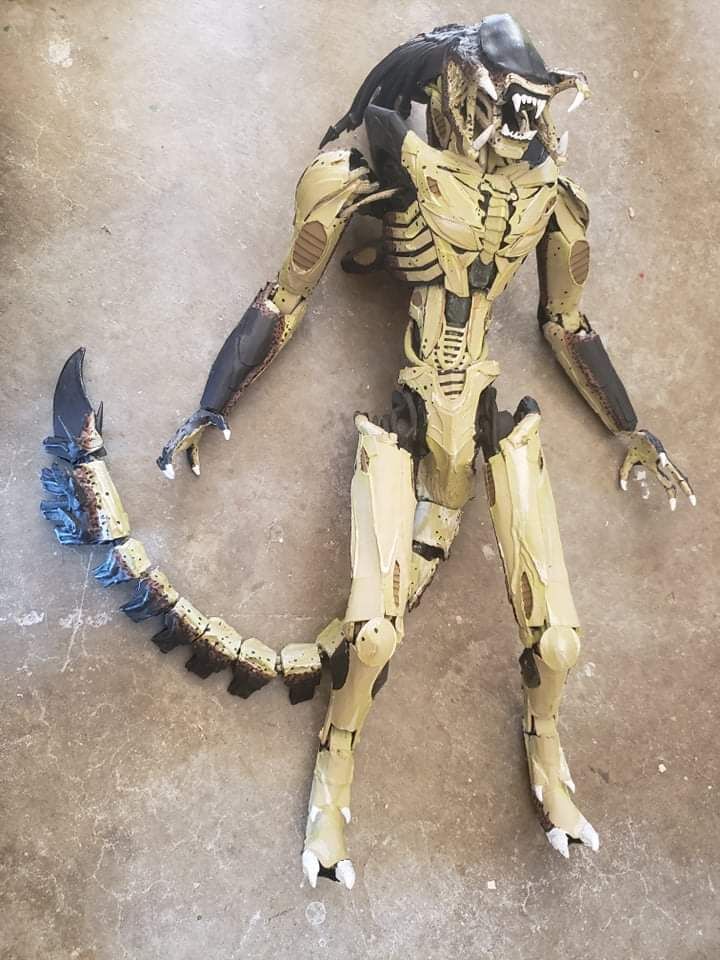 20-year old Brandon Mckee, a Patterson High School class of 2019 graduate has seen his artistic engineering skills flourish the last couple of years. What was once a way to create paper versions of toys he wished he could have as a child, has turned into professional level craftsmanship of fully articulated cardboard replicas of Pop-Fiction icons.

“I really have always appreciated art,” said McKee. “When I was younger I used to try to cut out little sheets of paper and recreate the toys that I wanted as a child. When I got older I started making them more and more intricate. I’ve been doing this for about 15 years and basically my goal has been to make them as realistic as possible.”

Recently, McKee has ventured into the articulation of his models, going as far as making over 20 pistons for his 4 foot replica of the Terminator T-800 model, which has become synonymous with the Terminator franchise.

“The pistons are extending and retracting pieces that I made by hand,” said McKee. When I was designing [this Terminator], I wanted to make the shoulder parts move, the chest moves in and out and you can see the shoulders move up and down and the neck turn left and right. There are two pistons in the spine and waist which allows the waist to turn and the arms all have pistons in the biceps.”

Brandon comes from a family of artists and engineers, he said that his mother is an excellent painter and would often paint miniature houses and statues. His father worked to design parts on computer programs that he would turn into metal work pieces used for industrial projects and as for Brandon, he uses whatever he can get his hands on to make his replicas.

“I really do it all by hand with generic tools like pliers, scissors, elmer’s glue, hot glue and springs. I use a lot of springs” said McKee, who also uses power tools like a drill and dremel on occasion.

Brandon is self-taught, and the excitement of starting a new project is what motivates him to see it through. He enjoys learning as he works and hopes to make a career out of his passion.

“It’s always been just something I’ve done throughout my whole life and it’s just my favorite thing to do. Everytime I start a project I can’t wait to see how it goes and to see if I’m going to learn something new...I hope to make a career out of it, I really hope to.”

The dream of one day being able to sell his creations for a living is not so farfetched, as McKee currently has a YouTube of him creating video game replicas with over a quarter of a million views. His talents have also started to catch the attention of social media influencers in the Discord community, where his Terminator T-800 model won a competition that it was featured in.

As for the future, Brandon is currently working on setting up a website and Etsy shop where he can sell his creations. He also hopes to one day make a fully articulated Iron Man suit that he can wear.

“I made a prototype gauntlet just to see if I could make a piece that I can wear from the Iron Man Suit,” said Mckee. “In the future I really hope to start bigger projects.”

McKee loves showing people his creations, and really hopes to start selling them soon. For any members in the community interested in reaching out to McKee, he can be reached on his Instagram @goodp_arts.

“Showing people what I make is one of my favorite things about what I do. I just love it when people see [my creations]...I would love to start selling them. I [already] get so many people asking to commission custom models for them. I can make anything, I can make a Terminator with a flame paint job. I always wonder ‘what can I make next?’”