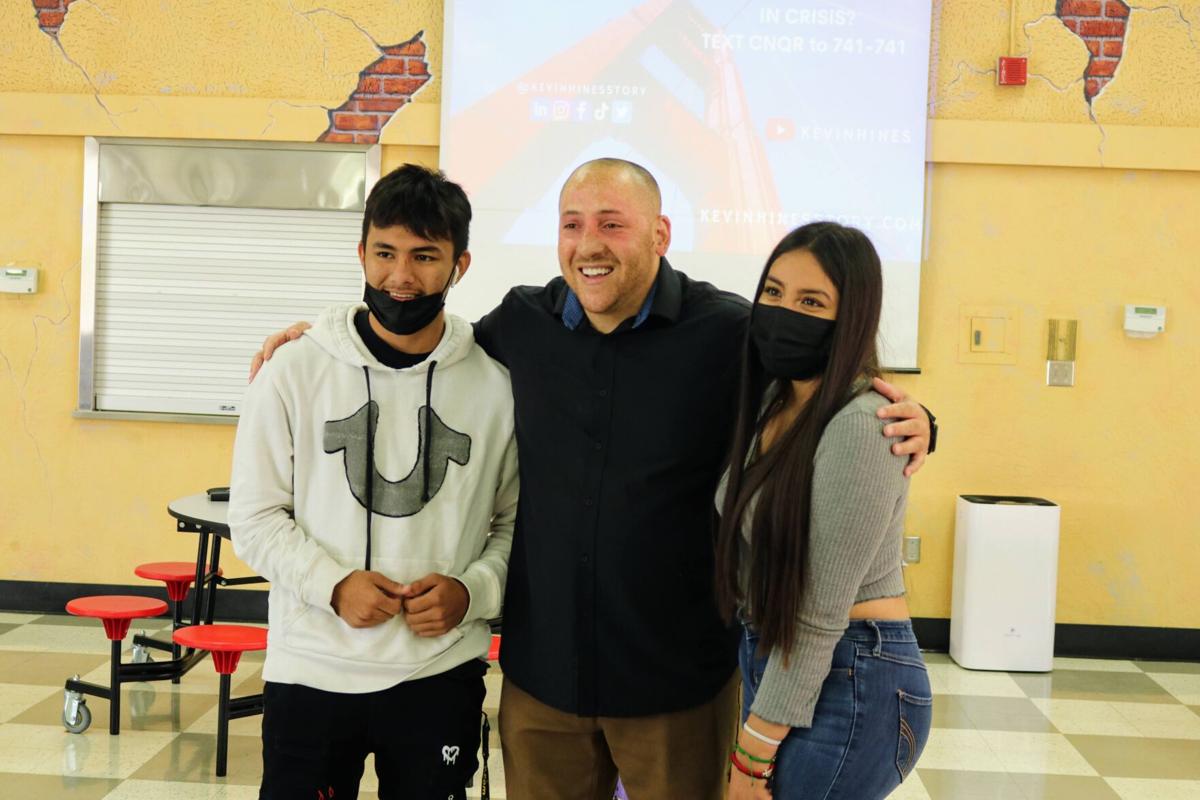 “[Suicide prevention month] is really an extension of suicide prevention week,” said Director of Student Supports Programs, Ken Fitzgerald. “Which is what we have focused on as a district the last two years.”

Fitzgerald believes that focusing on Suicide Prevention week, as opposed to the whole month, helps to keep the momentum strong so that staff, students and members of the community can work together towards breaking down the barriers and often bad connotations associated with mental health and suicide.

“There are a lot who celebrate and honor the month of September [as Suicide Prevention Month] but as a district I’ve tended to stick with the week [because] I think that if you do a campaign, in my opinion, for a long time it really loses its intensity but the purpose of the prevention month and week is to reduce the stigma related to talking about mental illness and most specifically, suicide risk.”

One of the highlights of the districts’ suicide prevention campaign was American Activist, Award Winning Filmmaker, Author and Public Speaker, Kevin Hines. Hines survived a suicide attempt off the Golden Gate Bridge in San Francisco 21 years ago and broke three vertebrae and lacerated several organs after reaching 75 miles an hour from the 225 foot jump. Miraculously, Hines survived the fall and was kept afloat by a sea lion until the Coast Guard was able to rescue him. He has shared his story through multiple outlets such as: Dr. Oz, Larry King Now, The Today Show, and recently, the students, staff and community members of the Patterson Joint Unified School District.

“I’ve seen him present a number of times,” said Fitzgerald. “He spoke to all of the students from Del Puerto High School, [and unfortunately because of COVID] we were limited with scheduling but we were able to reach all of Del Puerto. We also scheduled him to speak to the community on the evening of September second. We had all of the chairs socially distanced and we had 45 people attend including families and students and we had a great contingent of the local Promotoras group [present].”

Fitzgerald was disappointed that he wasn’t able to have a presentation specifically for the students of Patterson High School, but at least students who were interested in attending were able to visit Hines’ community event at the PJUSD’s Keystone location, and Fitzgerald spoke highly of the Promotoras who work closely with the district in helping spread mental health awareness throughout the community.

“They come out every September and May and they tie up the green ribbons across the community...They [also] came out to that event and it was excellent because one of their leaders was able to translate [Kevin Hines’] message. They were really an excellent addition and we love not only what they bring to our schools and community but the way that they can reach out culturally [with Spanish speaking and relevant Spanish materials] they are really able to reach the whole community.”

Studies that are conducted at the State and County level every school year suggest that there are percentages of students in every grade who have thought about suicide, and one of the benefits of bringing the topic to the forefront is to let those who have considered know that it is something that can and should be talked about.

“The data tells us that people think about suicide,” said Fitzgerald. “But there are a lot of different ways that we can ask for help and it’s really important that we know the signs and a great resource is suicideispreventable.org...It’s a scary topic, it’s a difficult conversation to have and the more that we talk about the issue and talk about the fact that it’s ok to talk about, the more lives we will be able to save.”

According to Fitzgerald, there are currently three mental health clinicians working for the district. Two of the clinicians are assigned to support students at the secondary level, and one at the elementary level. There is also staff from the Center for Human Services working with the district to help provide students with the support that they need.

“We are currently hoping to expand that [but] right now it’s really challenging because there is a shortage of mental health professionals not just in our area but [in general]...We also contract with the Center for Human Services. They are the coordinating organization with the Promotoras. We contract with them and we provide ten full-time Student Assistant Specialists.”

Fitzgerald said that the Student Assistant Specialists are ten equivalent, meaning that some of the positions are divided between multiple staff and that they provide a program called the “Student Assistance Program,” which provides students emotional and social skill building.

“It [gives students] the opportunity to talk things through with an adult, typically the program lasts 6 to 8 weeks and it’s provided in both individual and group settings.”

All staff for the PJUSD are trained as QPR “Gatekeepers,” which teaches them how to recognize warning signs of suicide and how to offer help and potentially save lives. There is also a new national club on the Patterson High School campus led by Biology and Anatomy teacher Katherine Selig-Reynolds called NAMI, which stands for the National Alliance for Mental Illness which Fitzgerald is excited about. He says that the club will help to promote mental health wellness and bust stigma. The club plans to host events throughout the rest of the school year and coordinate a variety of outreach and mental wellness activities.

“As a community we need to promote the idea that mental health is an important part of our overall health,” said Fitzgerald. “It’s okay to ask for help when we need it and we can help others when we notice they may be struggling. Kevin Hines shared in his presentation that oftentimes people just want to hear someone ask ‘Are you okay? Can I help?’ Anyone can call the suicide prevention lifeline at 800-273-8255 for free support any time any day.”