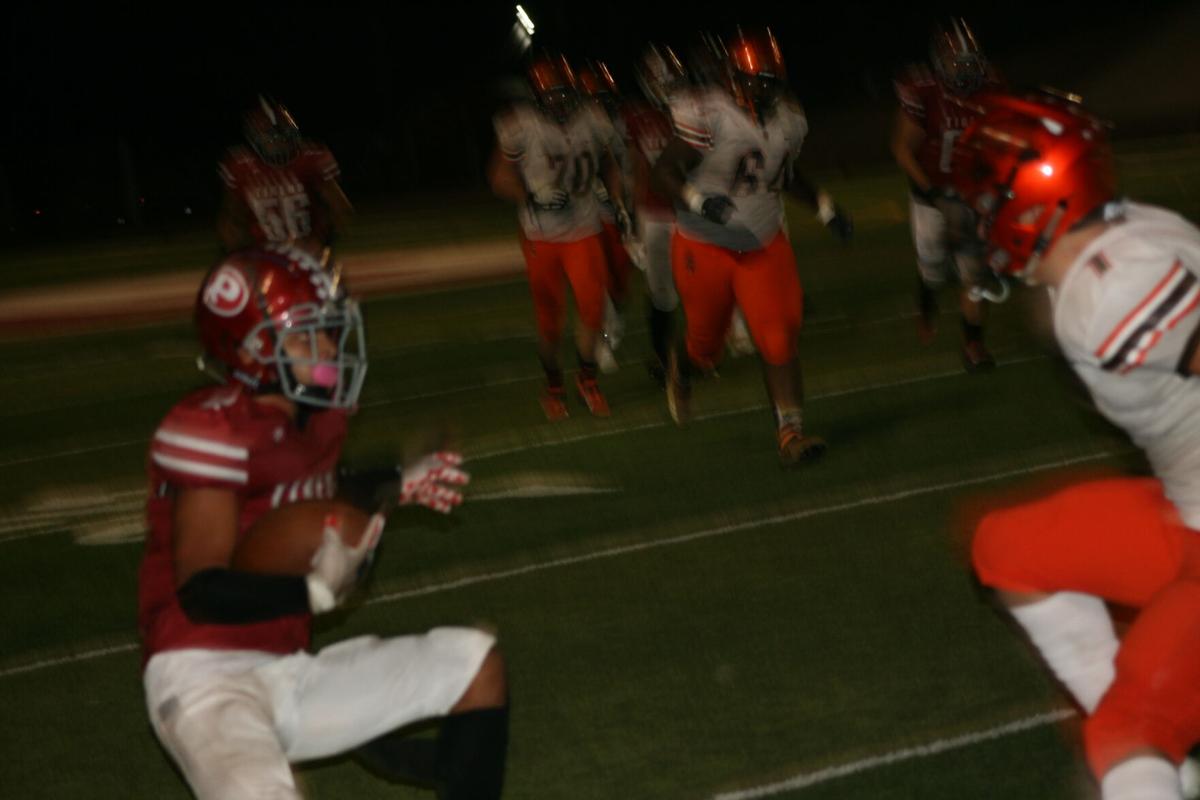 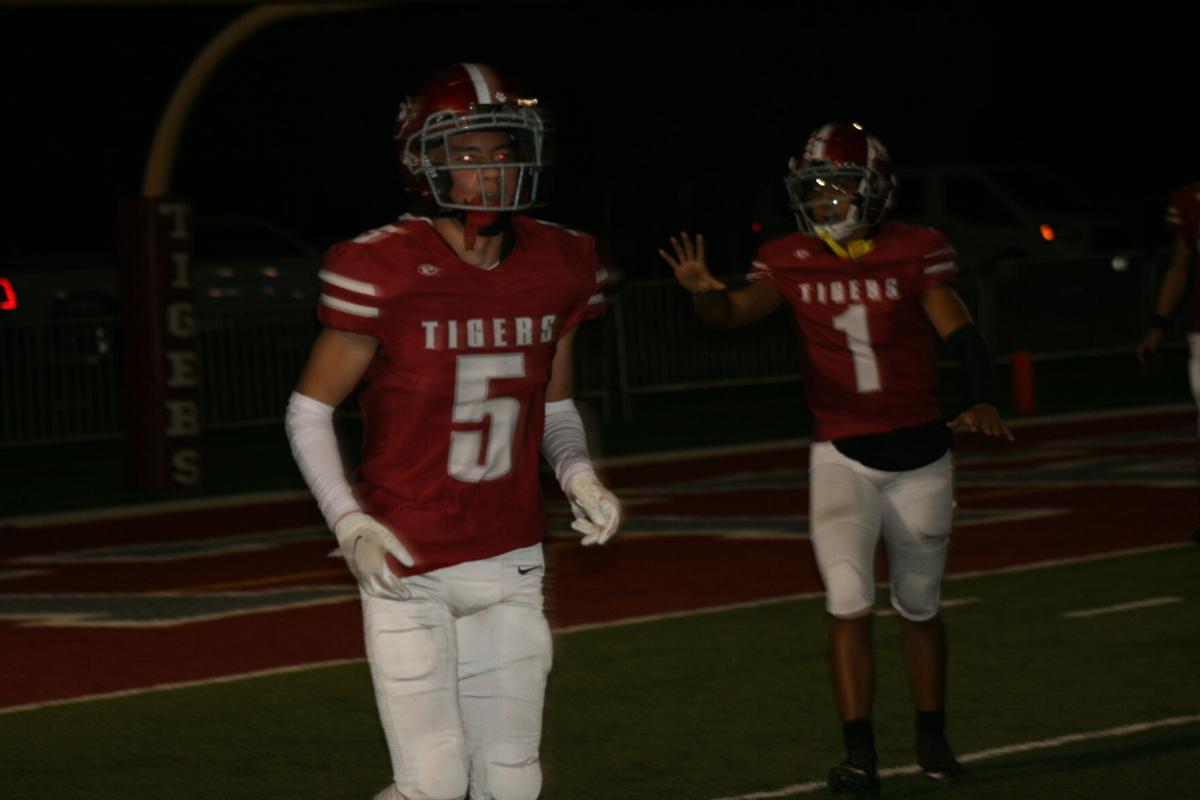 “He’s [J.J.] been practicing with us this whole time and putting in the work to get to this point. He can score from anywhere on the field and had a great night, we had a good game offensively,” said head coach Rob Cozart.

The two best teams in the CCC played in the second week of league play and even with Lawson scoring every time he touched the ball, Merced didn’t go down easy.

“I think if either side would’ve had a heavy win, it wouldn’t feel as good,” said Cozart.

The fourth quarter had both sides on the brink of victory. Merced had cut a 14-point deficit down two midway through the fourth. Patterson score on a four-yard touchdown run from Lolo Mataele, but the extra point would be no good due to a bad snap, extending the lead to 41-33.

“I was stressing to our guys how important this is and to watch it get botched I knew it was going to be a battle because there was enough time on the clock for them [Merced] to make a drive,” said Cozart.

After the Tigers attempted squib kick goes out of bounds, Merced would respond with a 75-yard touchdown drive; capped off by a 20-yard touchdown pass with 20 seconds left in the game. Merced attempted a two-point conversion to tie the game, but quarterback Seth Scheidt’s pass to the back of the endzone would go off the hands of wide receiver Enoch Evans, keeping the Tigers lead at 41-39.

Then Lawson would secure the 48-39 win by recovering Merced’s onside kick attempt and returning it for a Patterson touchdown.

The Tigers next game is homecoming against an Atwater team that they haven’t lost to since joining the CCC in 2018. The Falcons are coming off their first win of the season (60-14), against El Capitan.