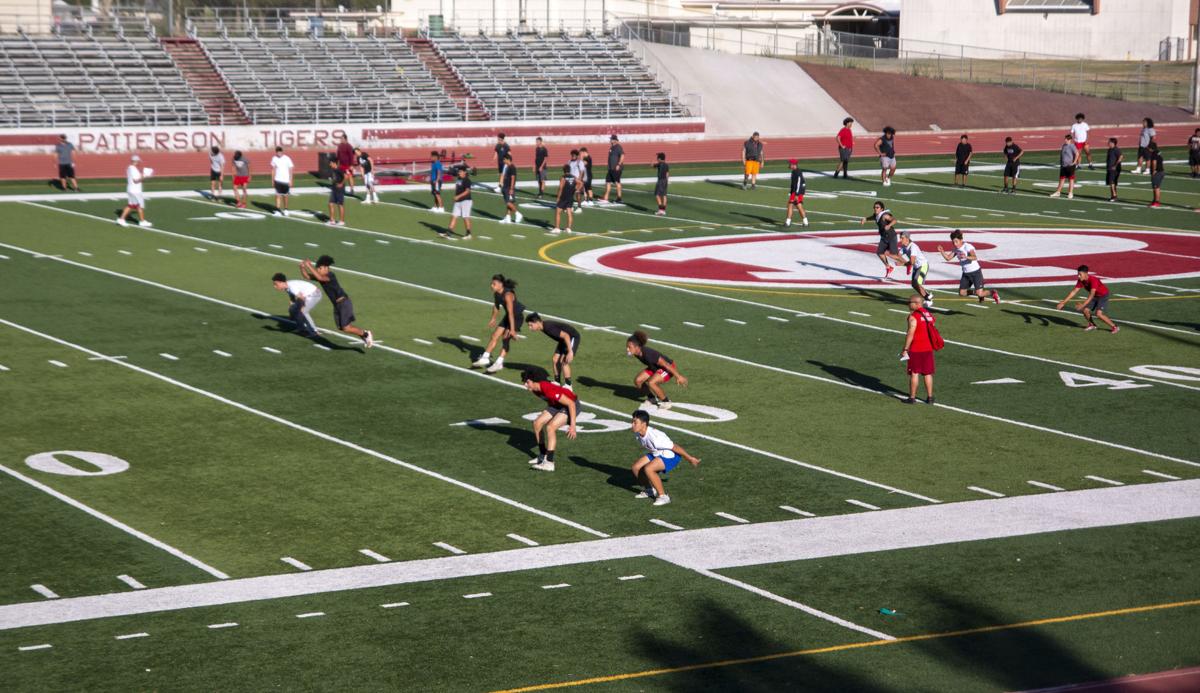 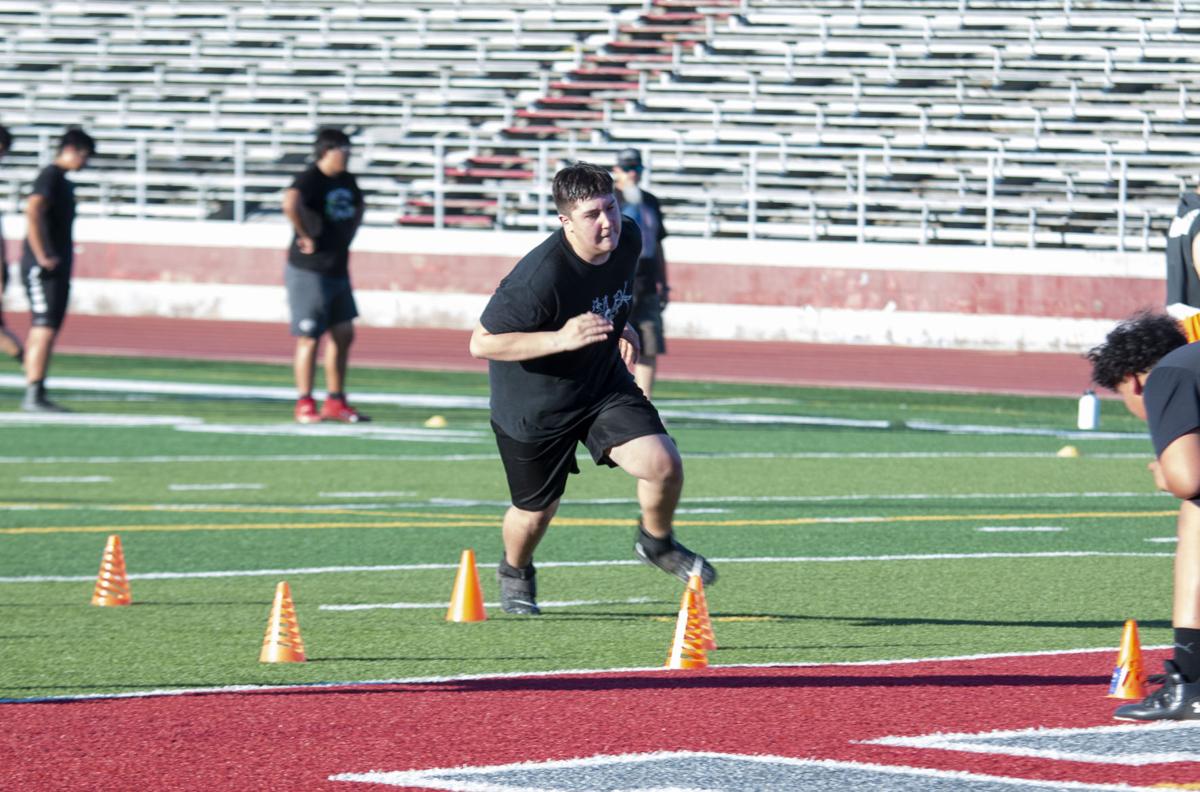 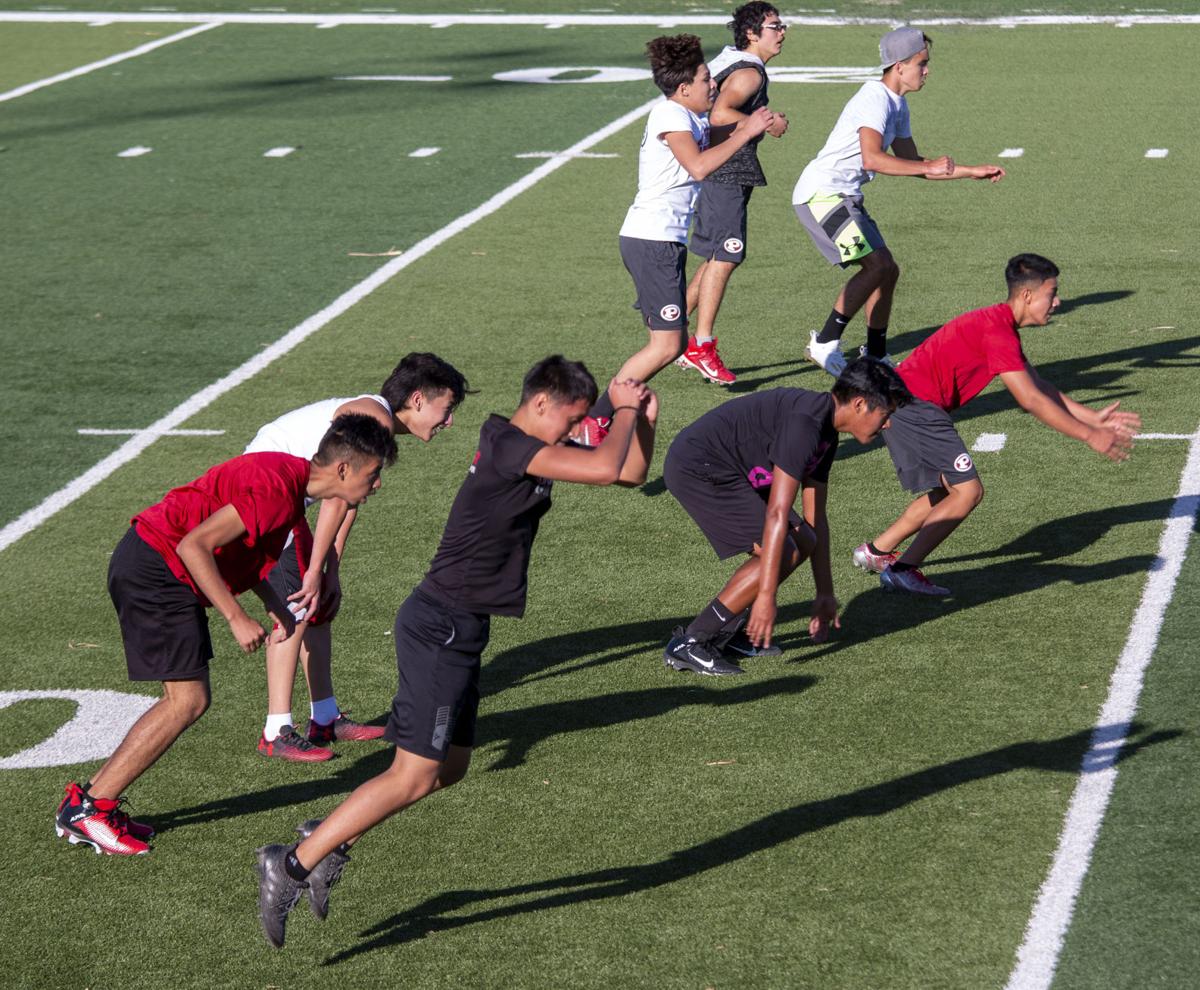 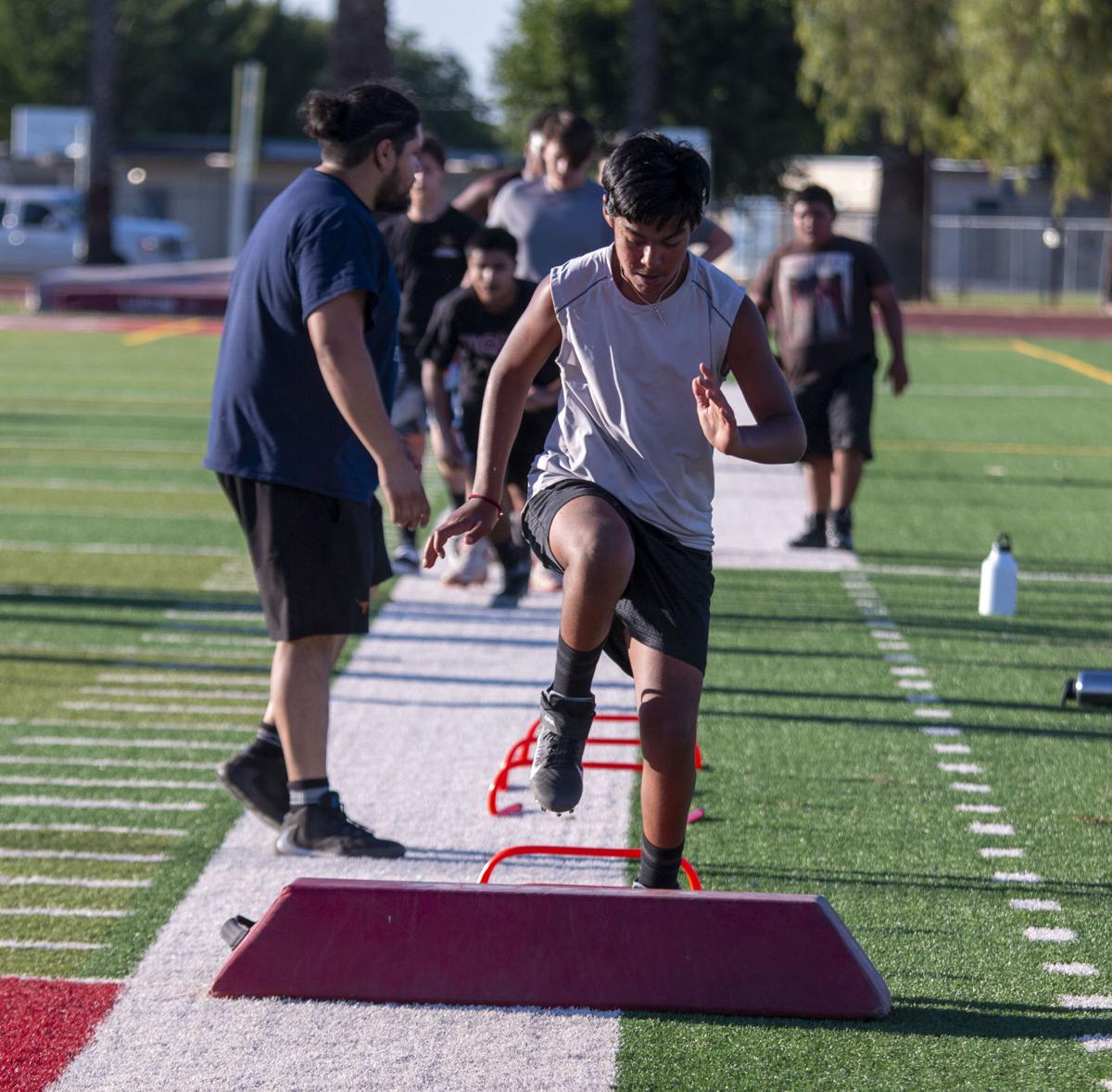 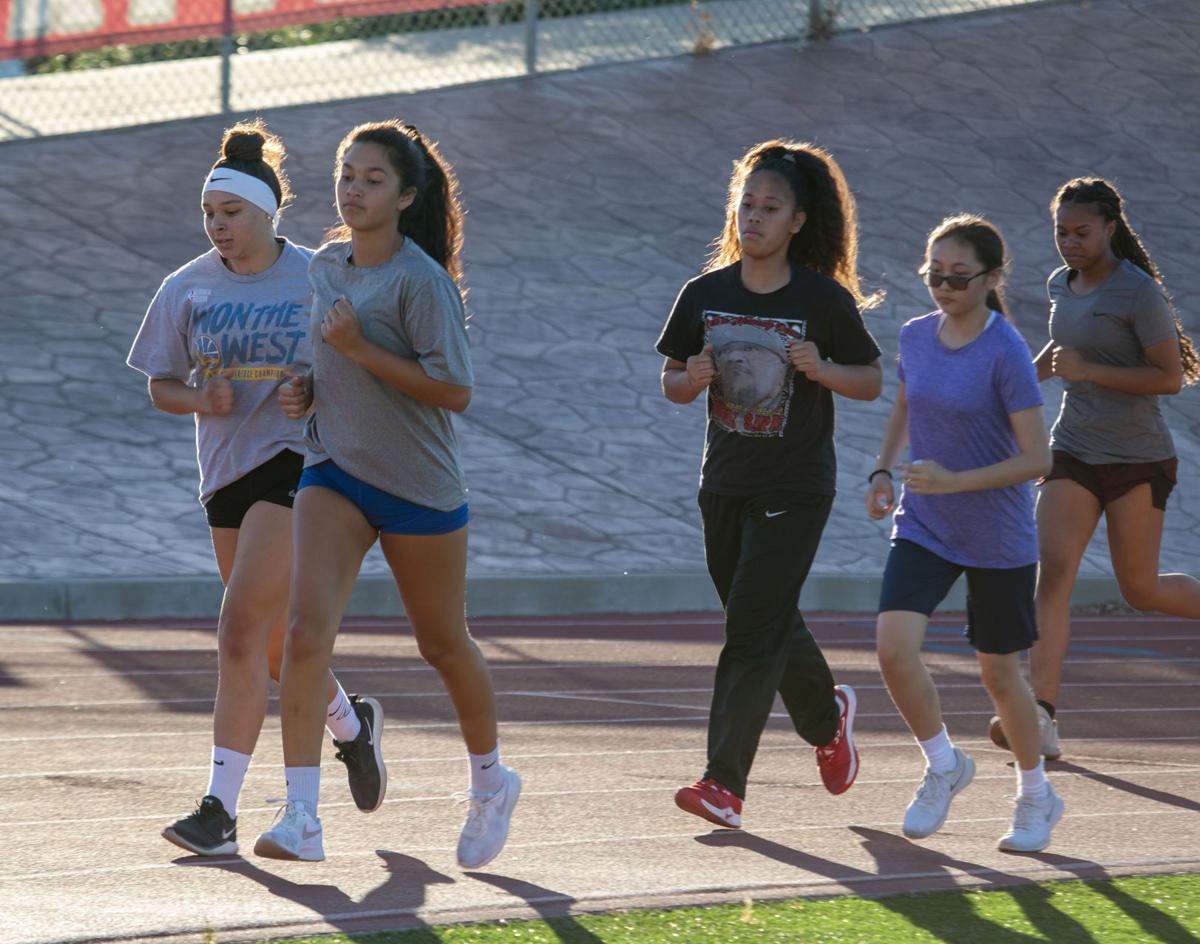 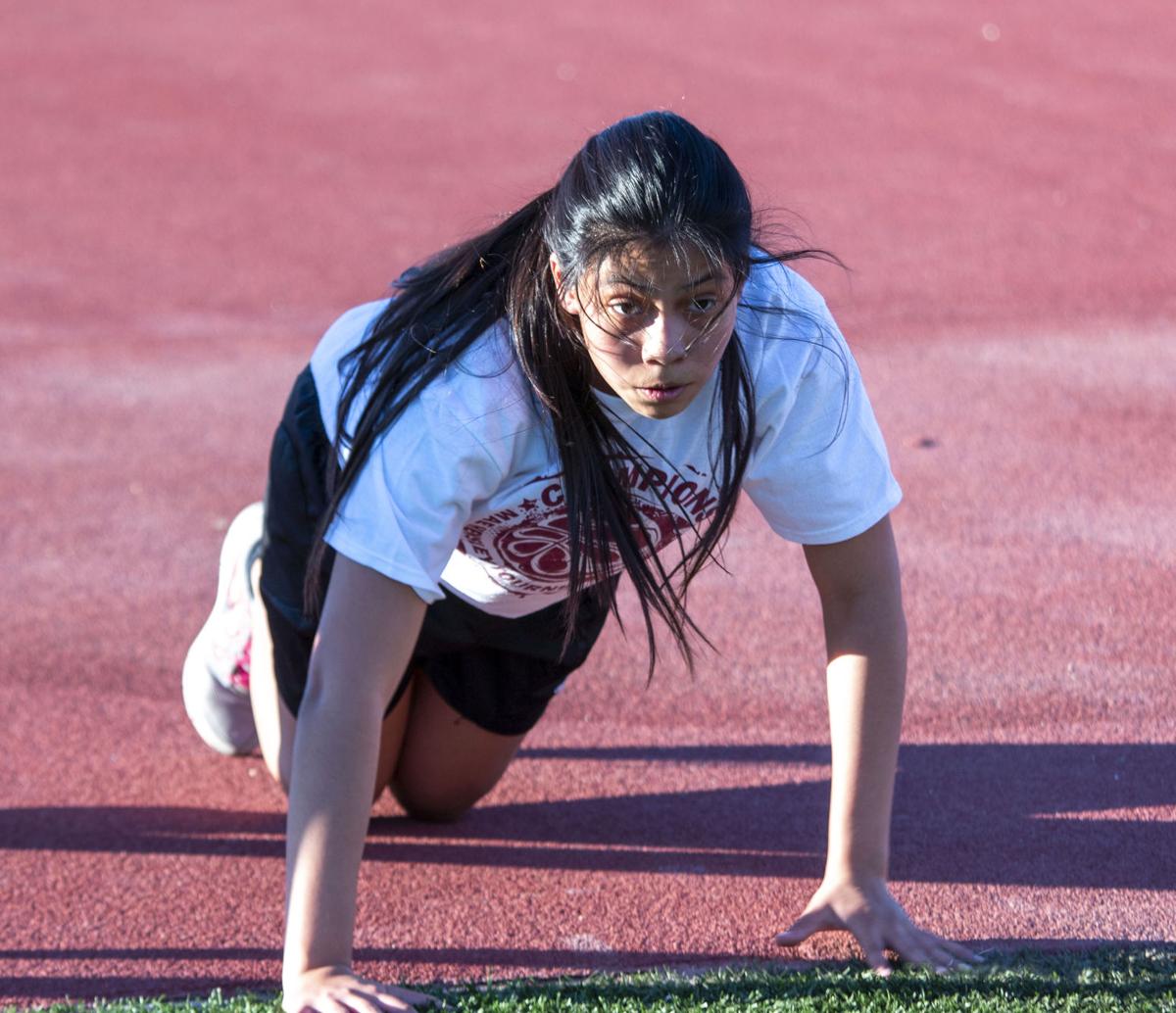 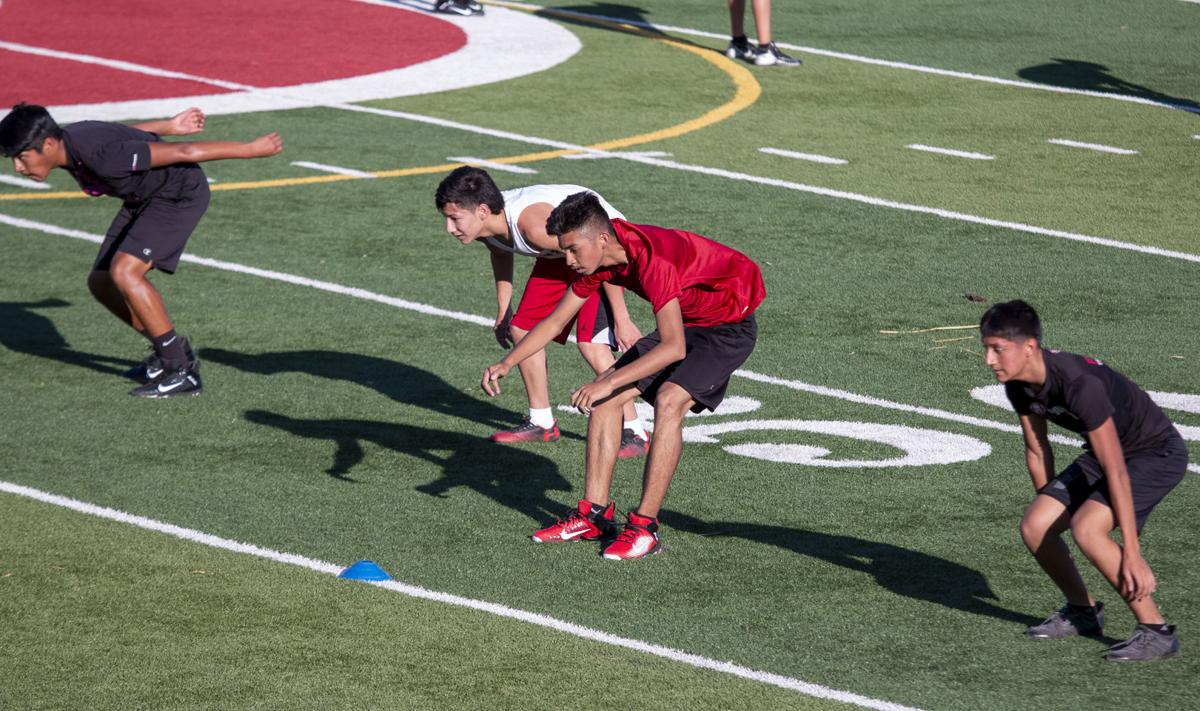 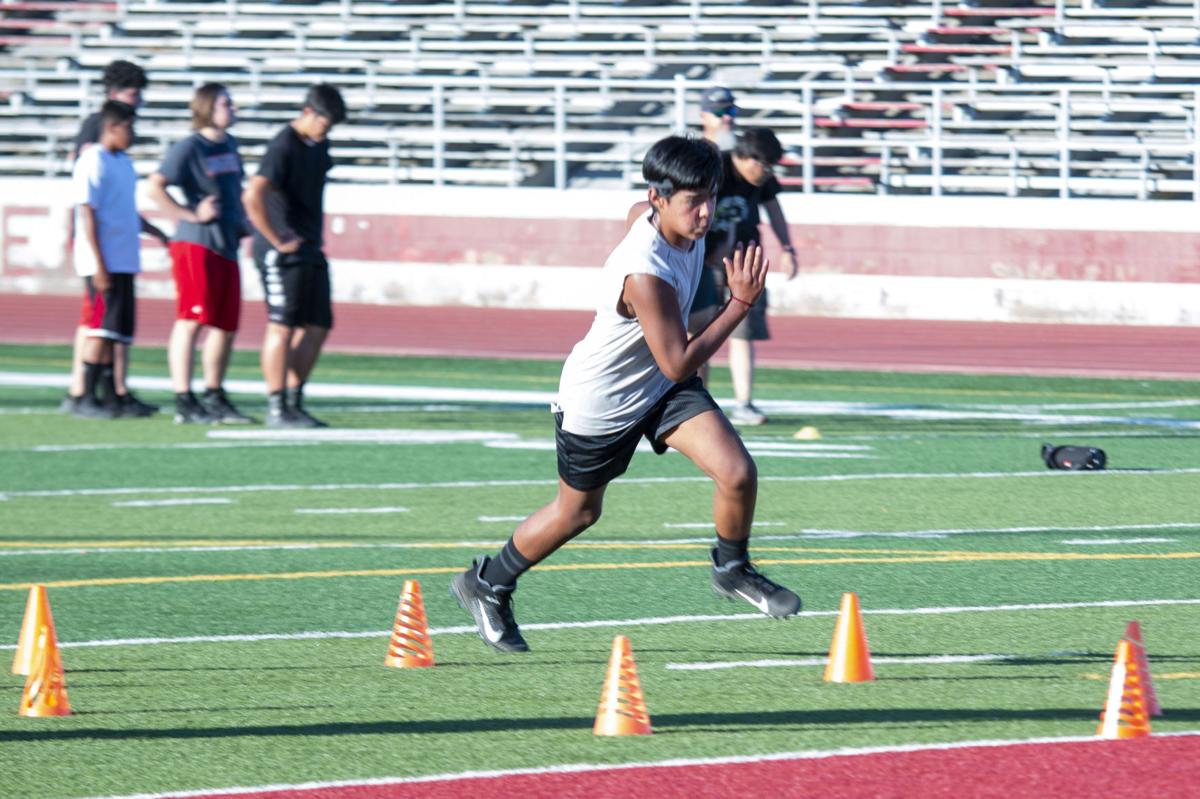 Beginning on June 15, local student-athletes were permitted to start organized team activities with restrictions in place due to COVID-19.

Although players and coaches wish they could do more, the summer workouts have been relegated to mostly conditioning since no play equipment can be used.

All summer workouts are taking place outdoors at Patterson Community Stadium. No team is allowed to use indoor facilities or locker rooms. All activities are to be done outside, and athletes are asked to come dressed for the workouts. No spectators are allowed, and athletes are required to bring their own water or sports drinks. Their temperature is checked before the workouts, and social distancing is followed as much as possible during the sessions.

Patterson High Athletic Director Rob Cozart shared that the turnout has been enthusiastic despite it being voluntary.

“Kids have been dying to do something,” Cozart said.

Cozart has his football squad working on some skill-based conditioning drills, but not all sports are as fortunate.

Basketball head coach Elizabeth Tolleson revealed that without a ball or court to practice on, preparing her girls basketball program for the winter has been especially tough in a sport that relies heavily on skill and finesse. Instead, she had her athletes doing workouts such as burpees and laps around the track.

“It’s been hard because we are so used to doing skills workouts,” Tolleson said. “We are normally so worried about perfecting certain things.”

Several players have attended the workouts and are doing so despite the fact that the upcoming fall season is not a certain thing.

The school district or the California Interscholastic Federation (CIF) has yet to make a hard ruling deciding the fate of fall sports and beyond. The initial thought was that sports would be returning this fall with modifications, but the possibility of its return will be dependent on so many factors from what the CIF or school district decides to if the state mandates any new stipulations or conditions. With the COVID-19 pandemic situation in such a fluid state, there is no sure thing when it comes to high school athletics.

Despite the uncertainty about the upcoming season, senior football standout Boss Foumai stated he’s going to focus on the summer workouts and getting himself and his teammates prepared as much as possible.

“It feels good even with the restrictions to be out here with the guys. I am excited to get to do this. It’s a blessing,” Foumai said. When asked about the uncertainty surrounding the fall season, Foumai noted, regardless of how it turns out, he is invested in improvement. “Focused on what is in front of me. Keep the guys in shape. Even if there is no season, there’s room for improvement for the next group of guys.”

Upcoming senior Kealohilani Tufono was also just happy to be back with her teammates and was excited to see the forthcoming freshman get involved in the girls’ basketball program. She stated she is trying to stay optimistic about the next season and not dwell on the negative.

“I’m trying to ignore that. I’m hoping for the best. I want to play my senior year,” Tufono said.

A total of 11 programs from Patterson High have opted to participate in the summer workouts. Each program has been assigned a time slot to use Patterson Community Stadium to help spread the sessions out.

Any PHS athlete wishing to participate in summer workouts are asked to fill out a waiver form online at https//bit.ly/PHSCovid before participating in any activities.