Skip to main content
You are the owner of this article.
Edit Article Add New Article
You have permission to edit this article.
Edit
Welcome, Guest
News
Opinion
Community
Sports
Connect
Advertising
Services
Info/extras
Classifieds
1 of 8 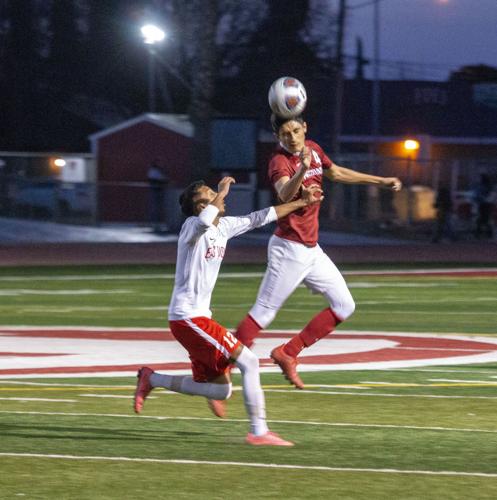 Sophomore Rafa Villasenor leaps up for a header on Feb. 25 at Patterson Community Stadium. 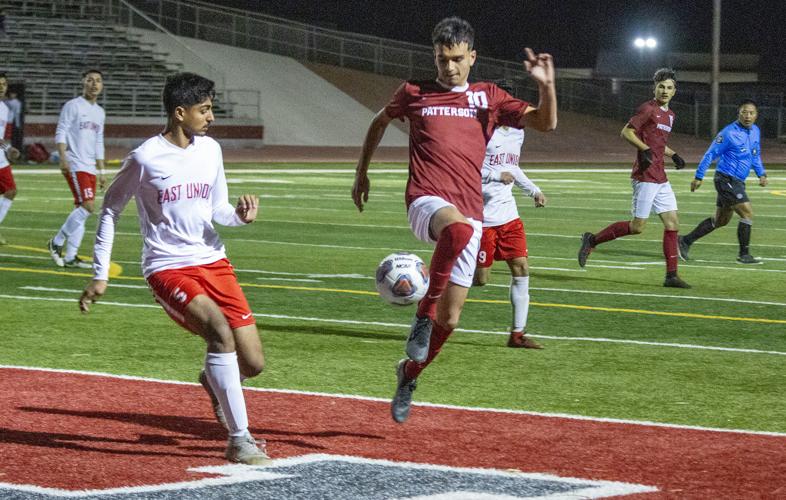 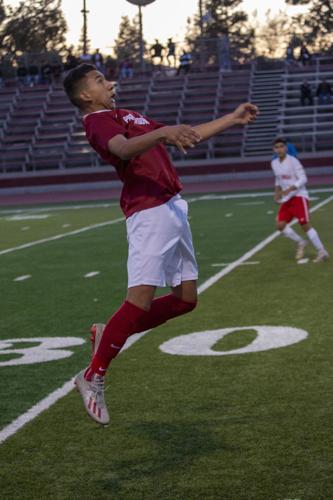 Sophomore Johan Mendoza leaps up to receive a pass on Feb. 25 at Patterson Community Stadium. 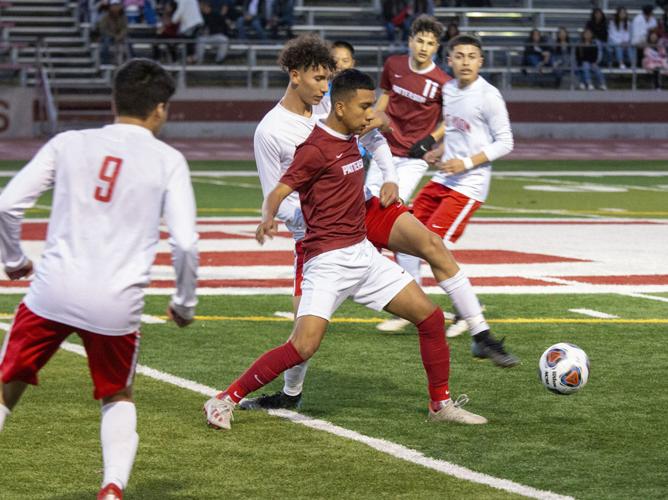 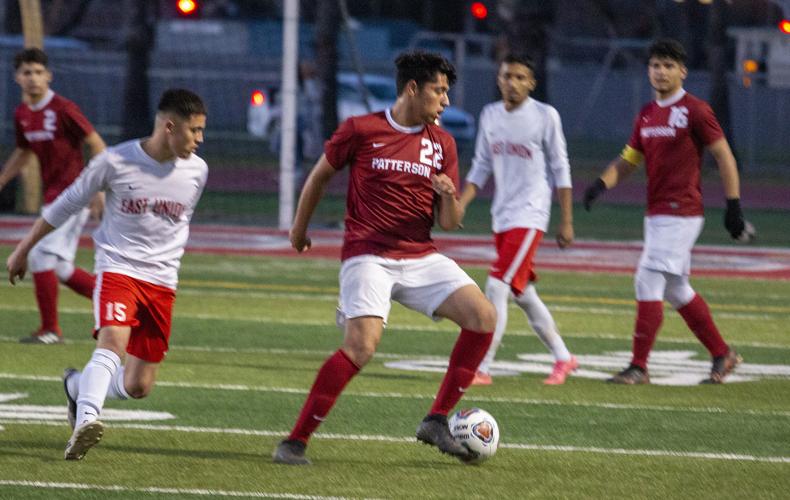 Senior Oscar Rodriguez cuts to his left on Feb. 25 at Patterson Community Stadium. 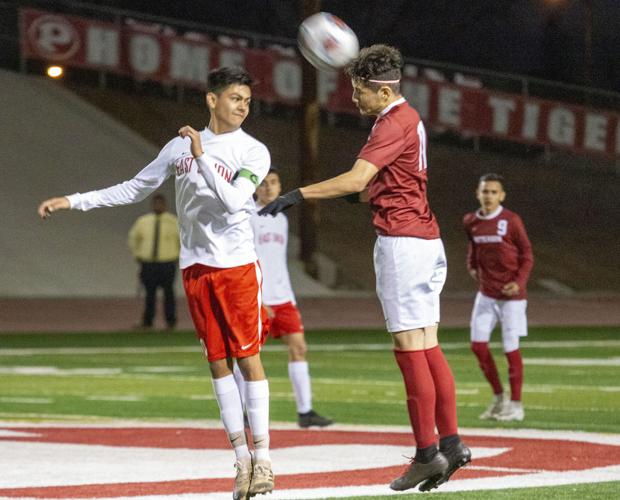 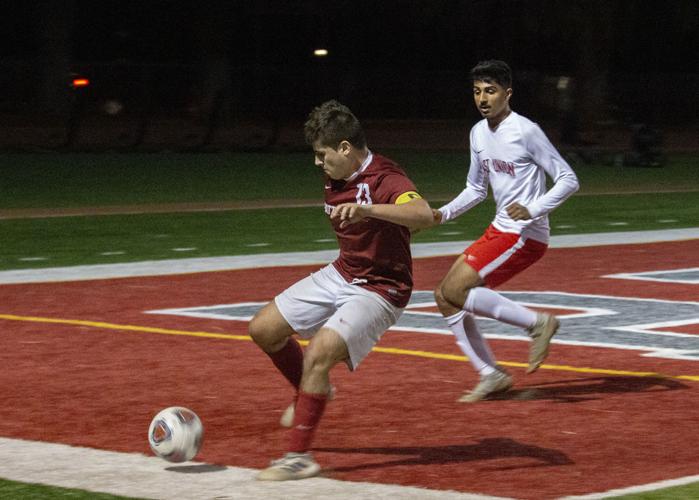 Senior Ricardo Jimenez tries to work near the corner on Feb. 25 at Patterson Community Stadium. 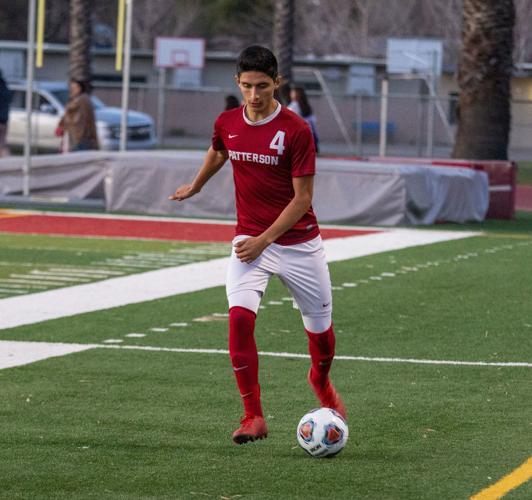 Sophomore Rafa Villasenor leaps up for a header on Feb. 25 at Patterson Community Stadium.

Sophomore Johan Mendoza leaps up to receive a pass on Feb. 25 at Patterson Community Stadium.

Senior Oscar Rodriguez cuts to his left on Feb. 25 at Patterson Community Stadium.

Senior Ricardo Jimenez tries to work near the corner on Feb. 25 at Patterson Community Stadium.

Sometimes it just isn't meant to be. Patterson entered Tuesday with high hopes of making it to the championship round of the CIF Sac-Joaquin Section Division III playoffs, but East Union stopped the Tigers in their tracks with a 1-0 upset at Patterson Community Stadium.

Tuesday's match was played at a furious pace. Both sides were hungry, and that desire manifested itself in a physical and contested match between the two semifinalists.

Patterson and East Union went into the half tied 0-0. The Tigers looked strong at controlling possession, but East Union had produced dangerous attacking opportunities in the 8th and 21st minute of the first half.

The opening minutes of the second half proved to be unfriendly to Patterson. East Union opened the half with a barrage of opportunities. The Lancers had a goal in the 41st minute that was waved off by the officiating crew, but despite the false alarm, kept putting pressure on the Patterson defense.

Their determination was rewarded in the 44th minute off a corner kick. The Lancers took the corner kick from the right side of the field. The ball sailed all the way to the opposite side where a shot attempt was taken. The ball jumbled around near the left side, and eventually found the foot of junior Fabrizio Herrera Garrido, who kicked it in for what would be the deciding goal.

It was the first and only goal the Tigers allowed in the playoffs.

Unfortunately, that lone goal allowed over the course of three playoff games would end up being their demise. Sports can be cruel in that way.

"That lack of focus for one or two minutes, that's all it took," head coach Luis Torres said after the game. "We didn't want it enough at that moment."

Despite the effort, the tying goal never came.

"The last ten minutes we just had to keep throwing everything up," Torres said.

Just like that, the final whistle was blown and the Patterson side was left to wonder what could have been. Heavy hearts filled the Patterson sideline. The Tigers will have to wait until next year to chase the dream of a section title.

The ending was not ideal, but the program has plenty to feel proud about.

"I told them that they had a great season. I also told them that going into playoffs they stepped it up a whole lot and it showed. I think we got recognition from everybody. I think the community showed up continuously, even more so in the last two games," Torres said. "The recognition is there for the work they did all year."

Patterson will be forced to regroup for next season, and the future looks bright for the program.

Tigers fans will have to wait until winter to see the next chapter.