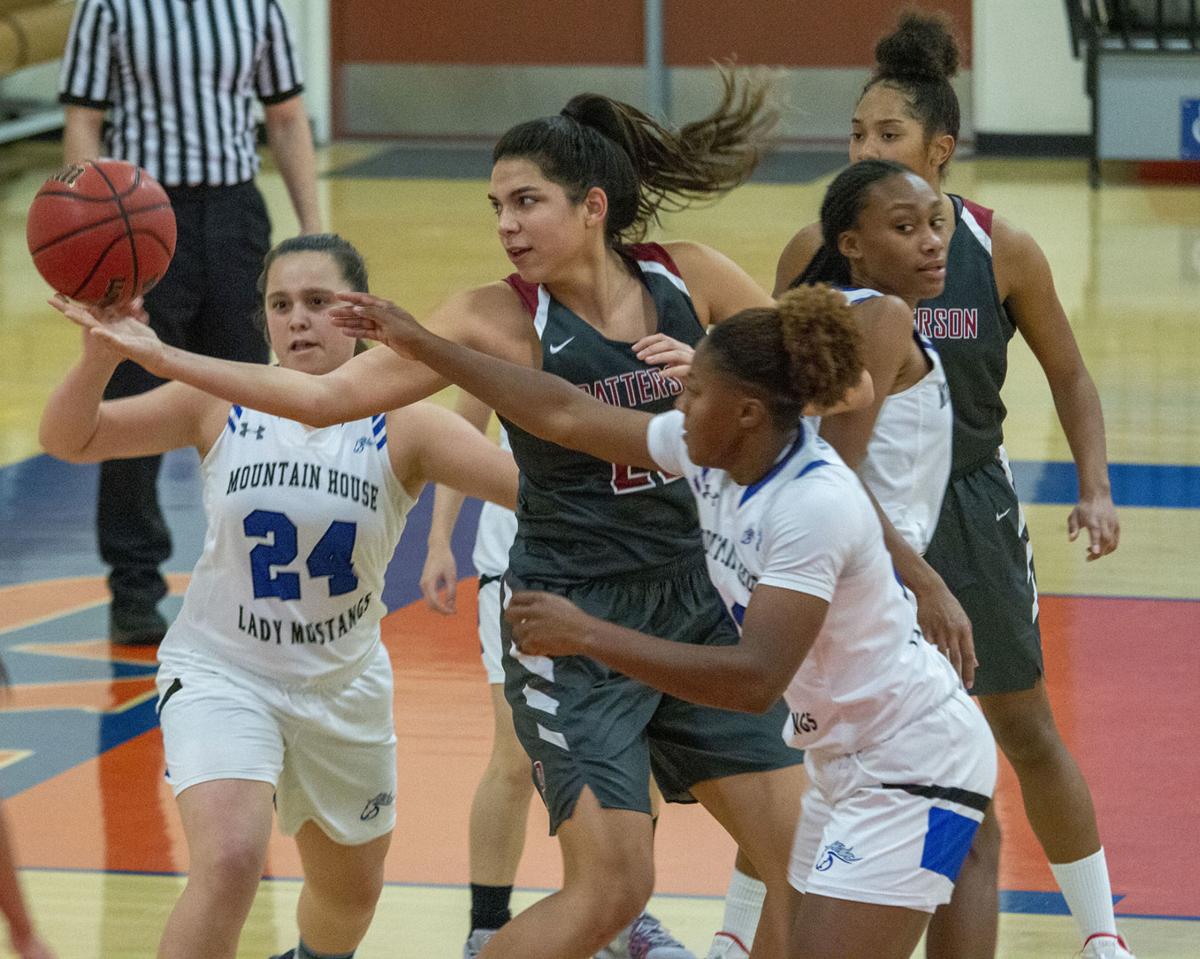 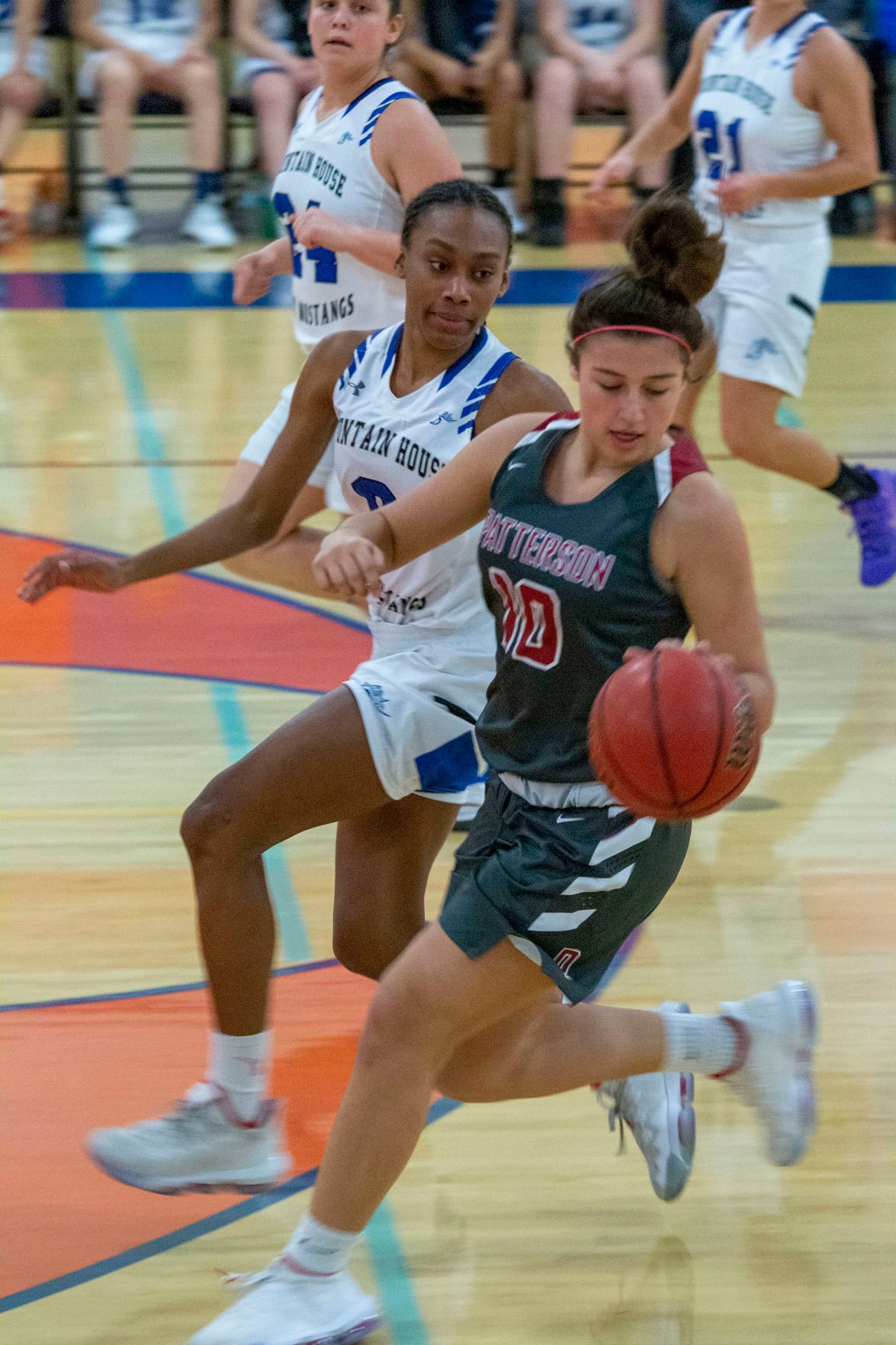 Sophomore Ciera Cozart dribbling away from the defender on Dec. 19 versus Mountain House. 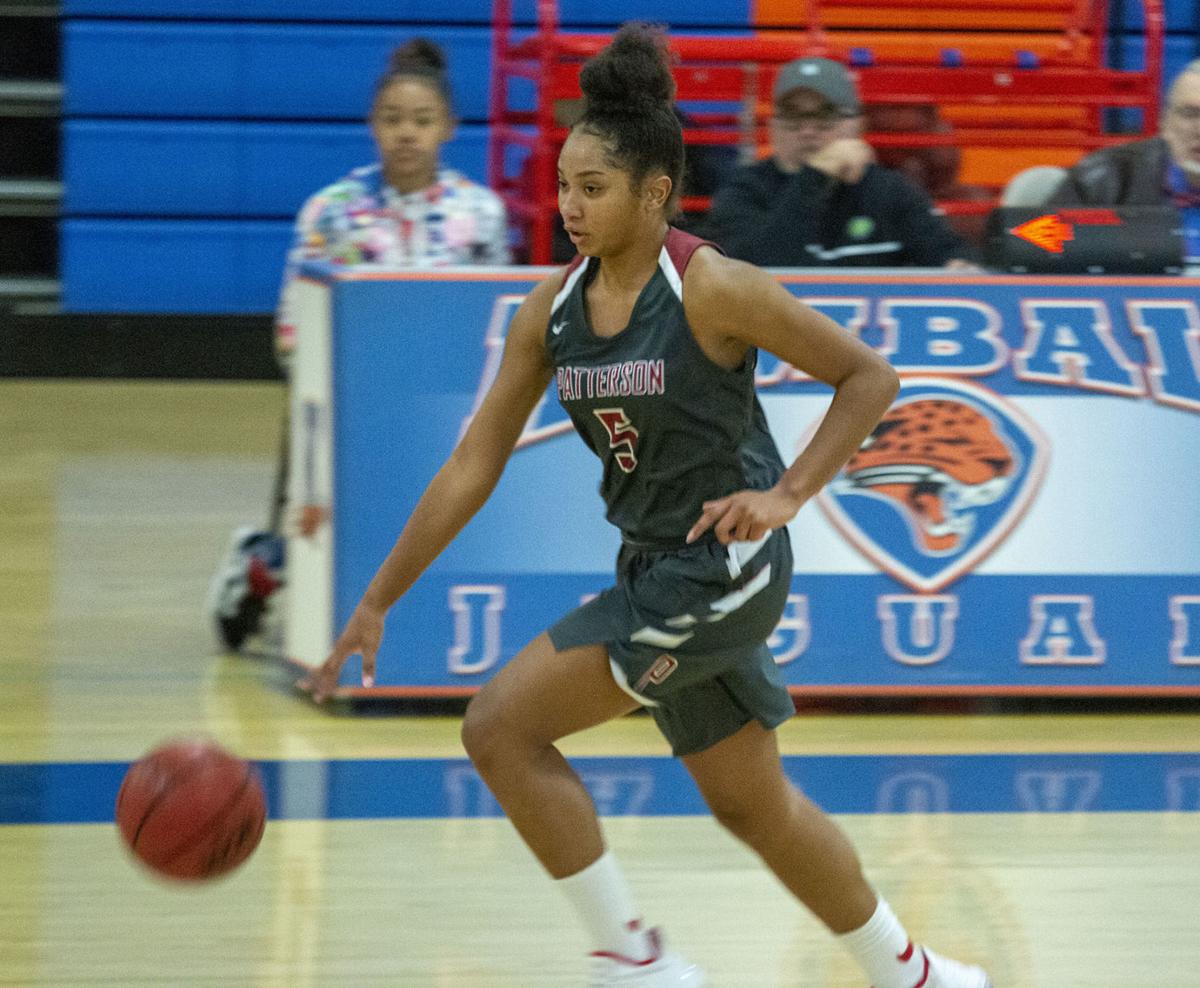 Senior Jordan Patterson moves the ball near the sideline on Dec. 19 versus Mountain House.

Sophomore Ciera Cozart dribbling away from the defender on Dec. 19 versus Mountain House.

Senior Jordan Patterson moves the ball near the sideline on Dec. 19 versus Mountain House.

A win over Kimball High eluded the Tigers once again, but overall the Patterson High girls varsity basketball team had a good showing at the Kimball Christmas Tournament from Dec. 18-20 at Kimball High School.

The tournament began on a funky note last Wednesday. The Tigers were ready to play the scheduled 3 p.m. game versus Stagg High, but Stagg was nowhere to be found. A mix up on the scheduled start time occurred, and Stagg showed up late ready to play at 3:30 p.m. instead.

The mix up led the officials to implement a running clock throughout the game from tipoff to finish in order to keep the slate of tournament games on schedule.

The win setup a game versus Mountain House last Friday.

The Mustangs led early, but by the end of the first quarter the Tigers held a slim 9-8 lead.

By halftime that margin did not change up 17-16. Turnovers hurt the Tigers’ effort to expand their lead, but great defensive play insured that Mountain House could not find a rhythm either.

The Mustangs came out firing in the third quarter, and by the end of the frame had put together a five-point swing to take a 34-30 lead into the final frame.

It did not take long for the Tigers to regain the lead however. In just over one minute of play Patterson held a 35-34 lead. A lead that Patterson would not relinquish the rest of the way winning 51-37 over Mountain House.

Senior Jordan Patterson led the team with 13 points. Sophomore Ciera Cozart, senior Kiana Kainoa, and Tufono all had seven points each against the Mustangs.

The two wins meant a rematch with Kimball High, who Patterson had just lost to on Dec. 14 49-42.

The Jaguars got the best of the Tigers once again defeating Patterson 52-32.

The first quarter was a grind. Kimball held a 7-4 lead after the opening frame. The scoring opened up in the second quarter resulting in Kimball expanding their lead to 11 points up 25-14 at halftime. Patterson was unable to make much headway in the third frame losing the quarter 15-10 to go on to lose 52-32. Kimball won every quarter en route to their victory.