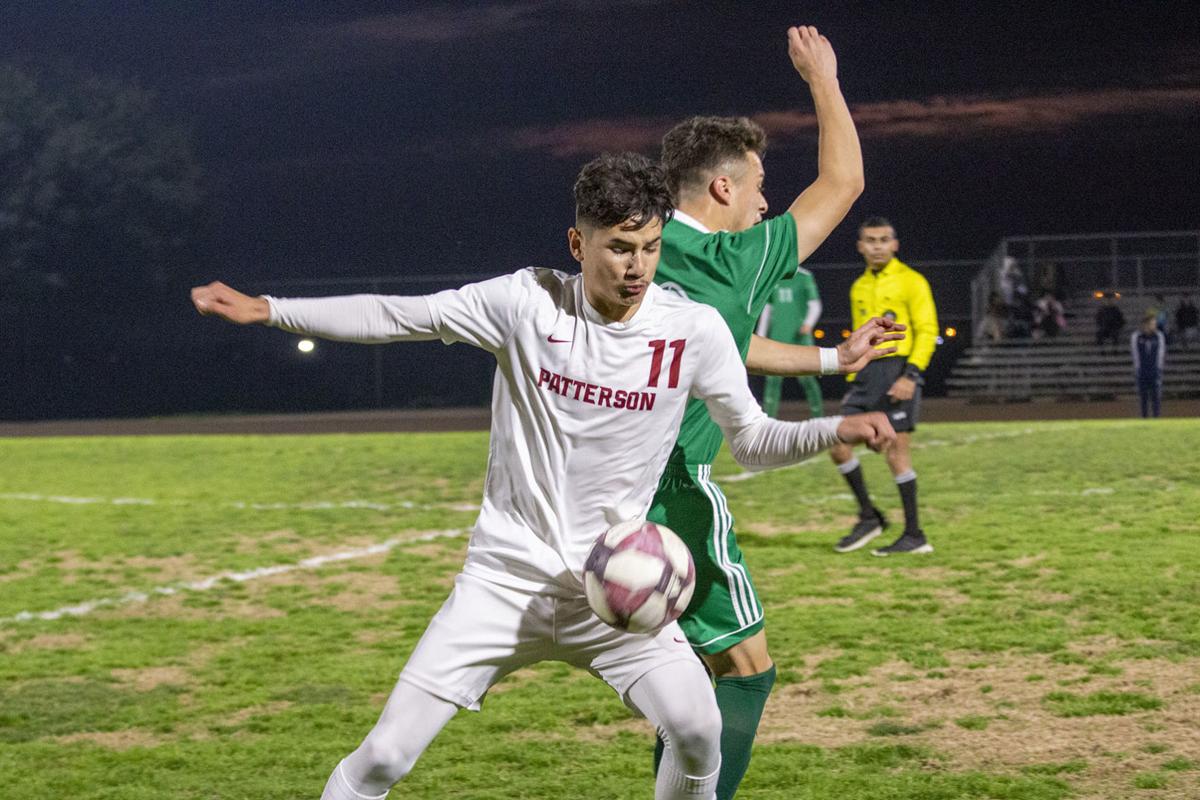 Sophomore Antonio Gallegos uses his body to settle the pass on Jan. 23 at Central Valley High. 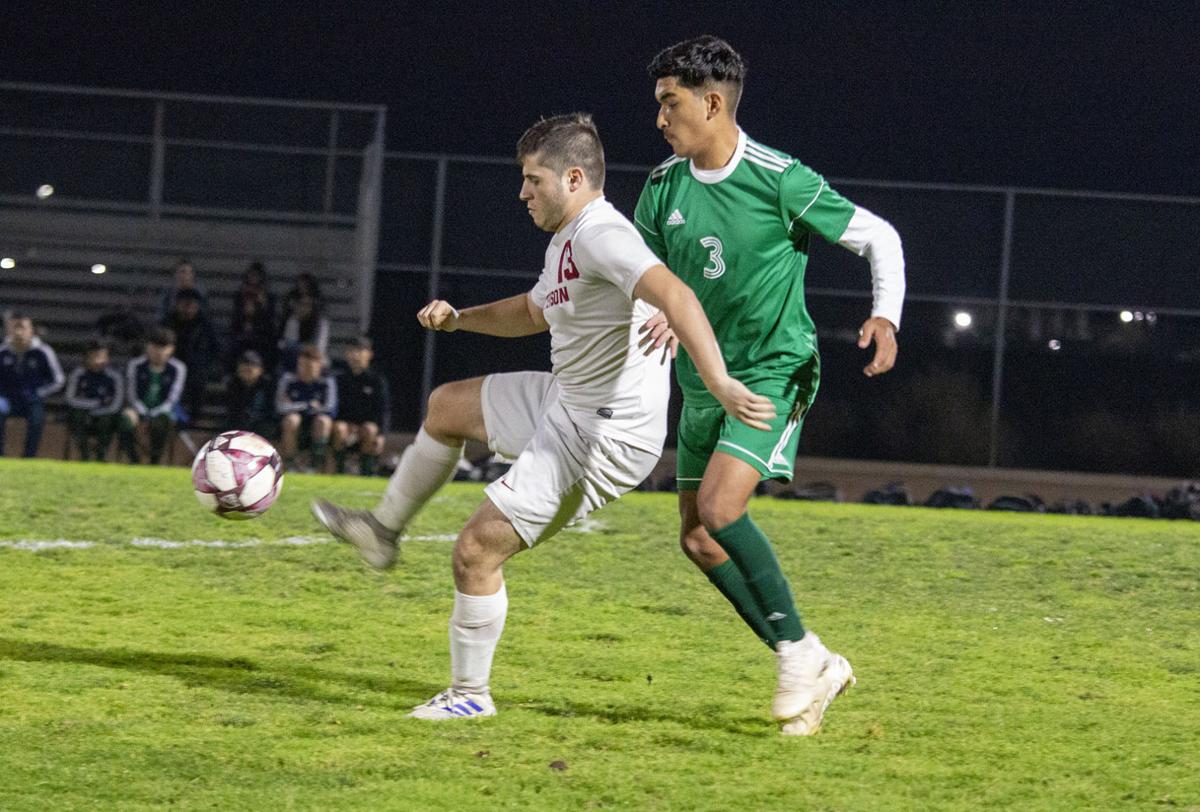 Senior Ricardo Jimenez uses his right foot to settle the ball while using his body to block off the defender on Jan. 23 at Central Valley High. 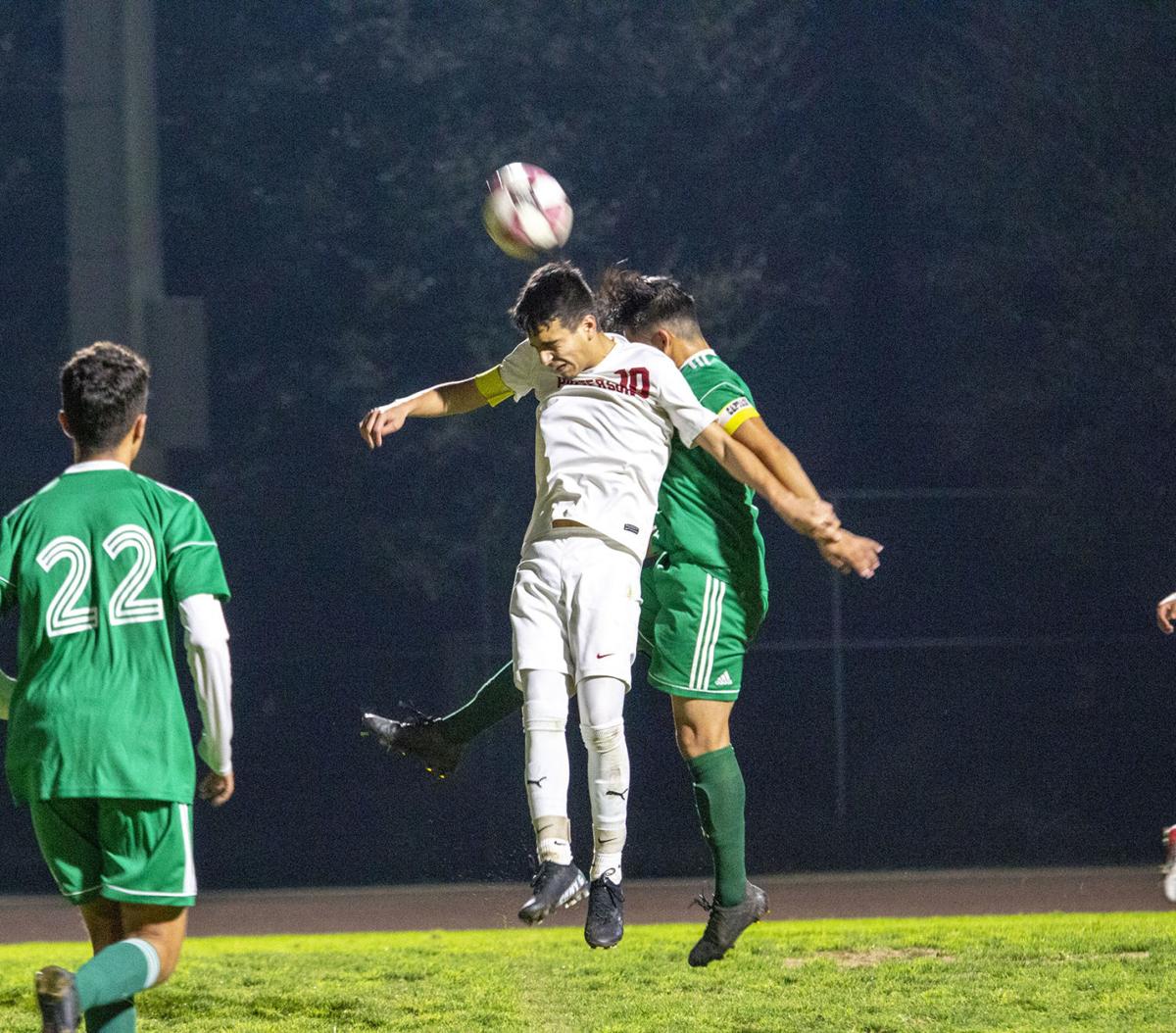 Sophomore Jonathan Gallardo rises up for a header on Jan. 23 at Central Valley High. 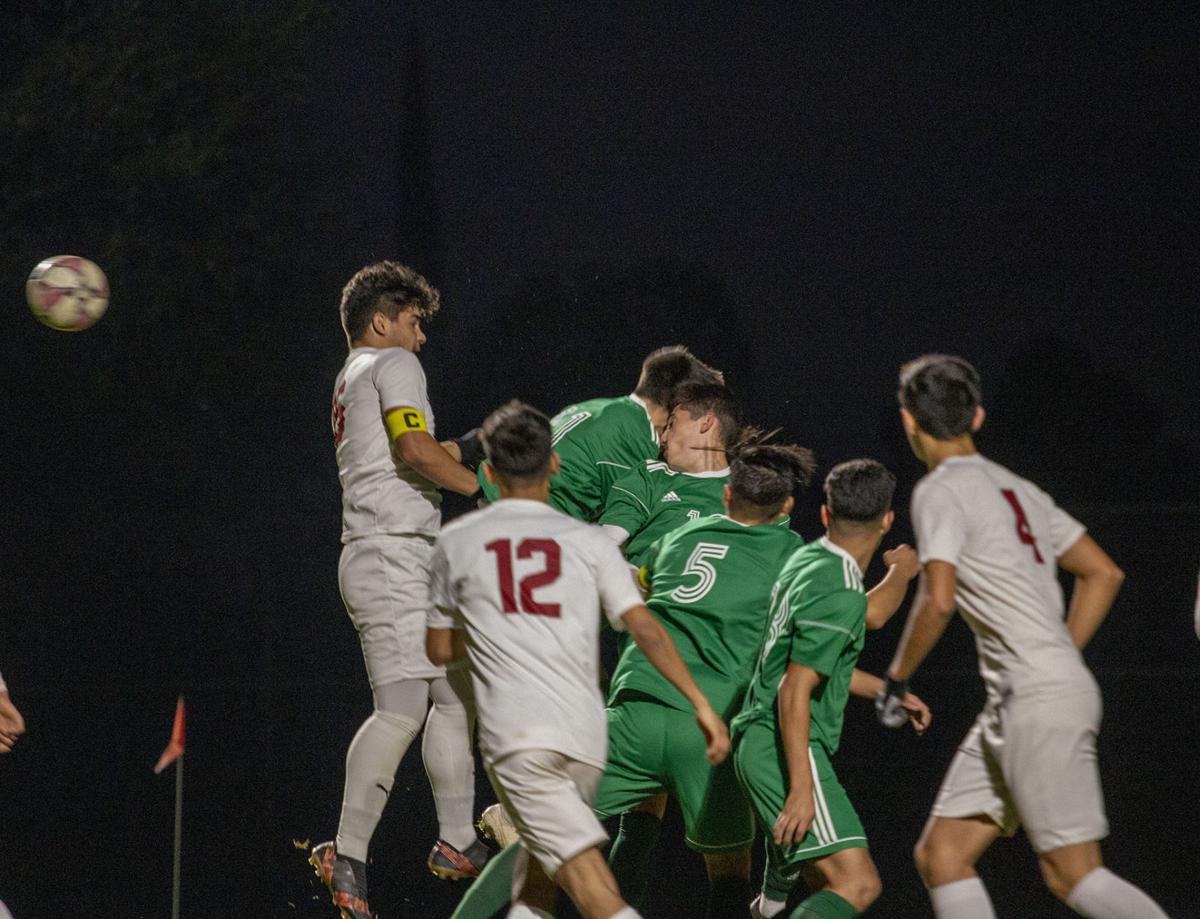 Sophomore Antonio Gallegos uses his body to settle the pass on Jan. 23 at Central Valley High.

Senior Ricardo Jimenez uses his right foot to settle the ball while using his body to block off the defender on Jan. 23 at Central Valley High.

Sophomore Jonathan Gallardo rises up for a header on Jan. 23 at Central Valley High.

Patterson traveled to Central Valley High in the thick of a battle for the top spot in the Central California Conference. Heading into last Thursday’s slate of games, only three points separated the top three teams in the conference (Patterson, Central Valley and Golden Valley). The Tigers went in holding the top spot by two points over the Hawks, but after a 2-0 loss to Central Valley, the Tigers found themselves trailing the Hawks by one point in the standings.

The loss, although a set back, is not one that the Tigers cannot recover from. A total of six league games are still left on the schedule before the season’s conclusion. Patterson had a bye on Tuesday, meaning the varsity squad has five games left to stay neck- and-neck with Central Valley and Golden Valley.

One of those remaining five matches is against Golden Valley on Feb. 6 at Patterson Community Stadium.

“We have to play perfect from now on. We have to get every point. We have to show up with clean sheets and win every game. That’s the only way to stay on top. We can’t afford to lose any points.”

Patterson will resume their campaign on Jan. 30 at Atwater High. They will then travel to Merced on Feb. 4 before hosting Golden Valley.

Central Valley broke the stalemate with a goal from junior Rigoberto Trujillo in the 12th minute. Central Valley juniors Agustin Gutierrez and Jesus Yepez kept pressing the issue for the Hawks, but the Patterson defense did not yield another goal in the first half, preserving the 1-0 deficit into halftime.

The second half started off on the wrong foot for the Tigers.

Junior LeoGiovanni Ayala gave the Hawks some cushion, with a goal just one minute into the half.

The Patterson offense would come on strong at different points during the remainder of the game, but each opportunity was sent away by goalie Erick Martinez Stucchi.

“Their goalie had two huge saves. That would have tied the game right away, but that how soccer is,” Torres said.