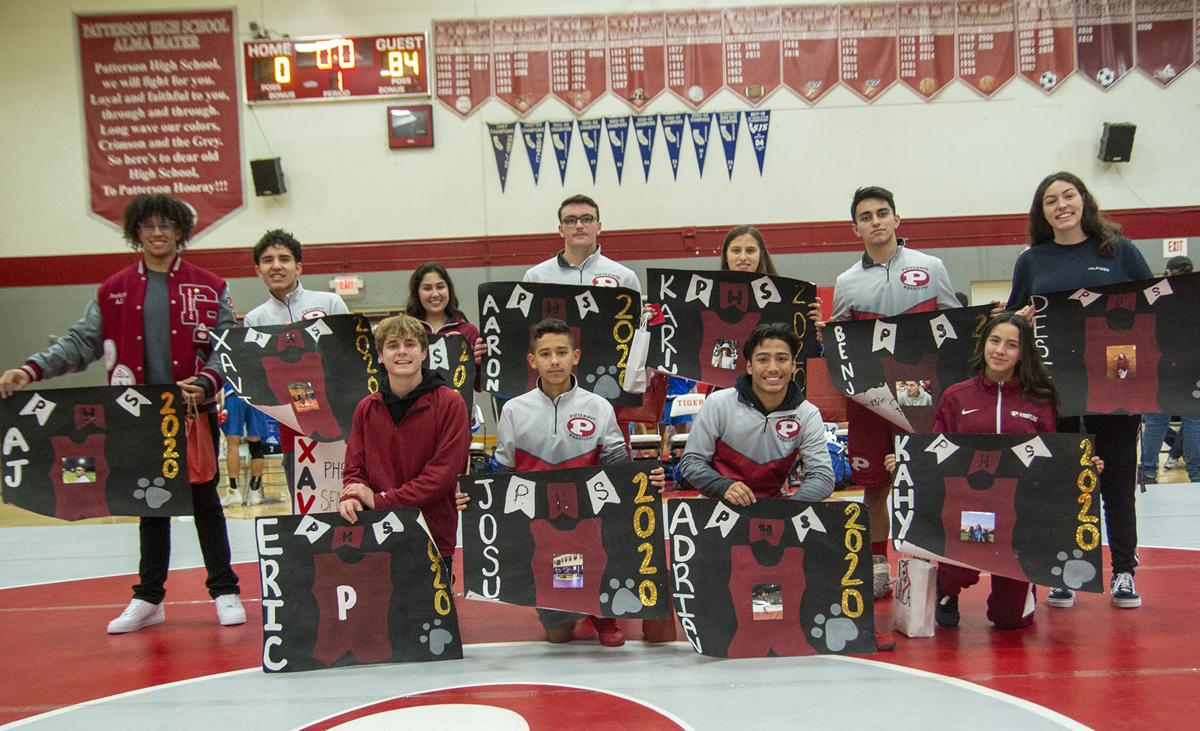 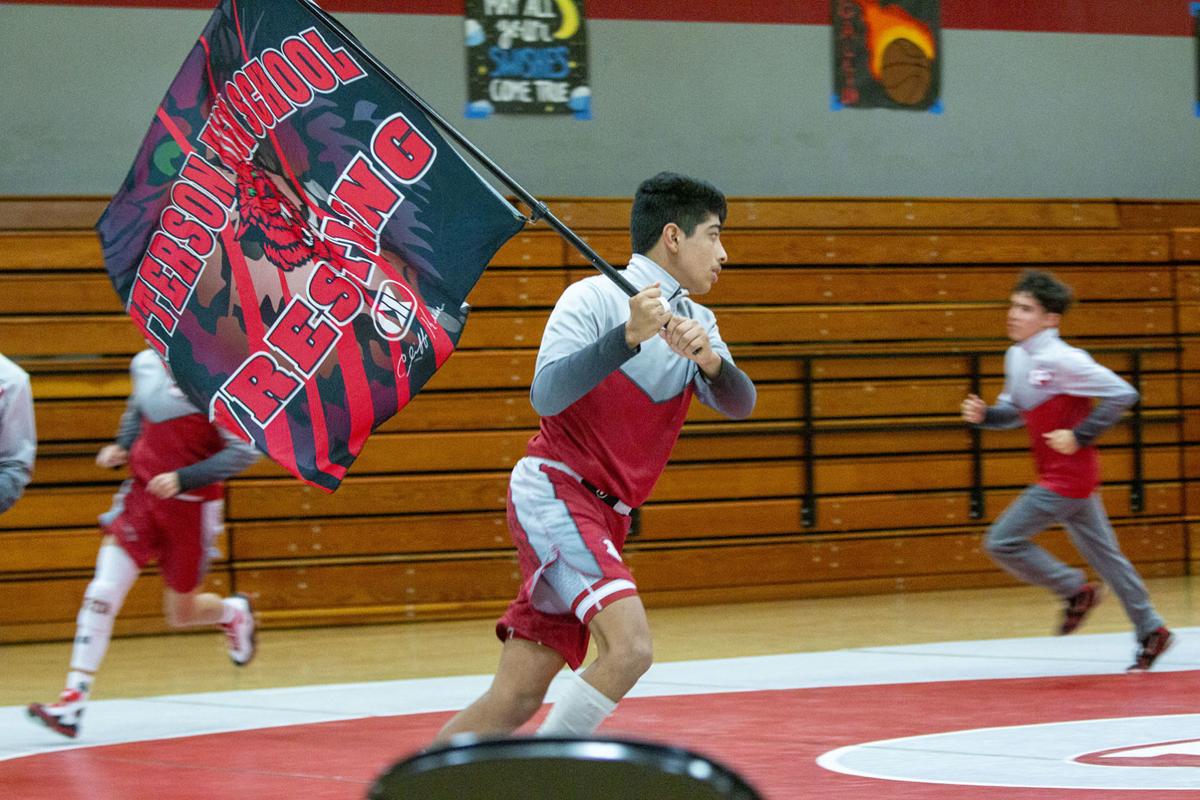 Junior Noah Cruz leads the squad out for warm-ups on Jan. 21 at Dave Klein Gymnasium. 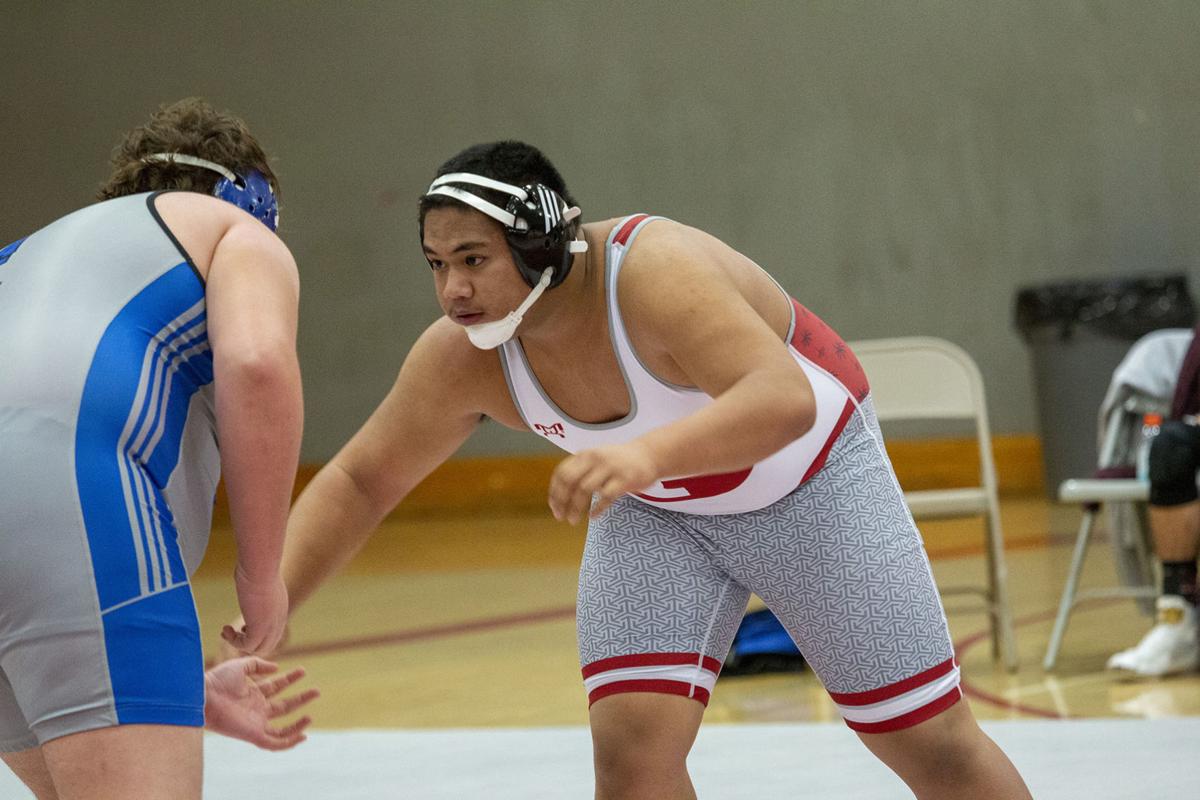 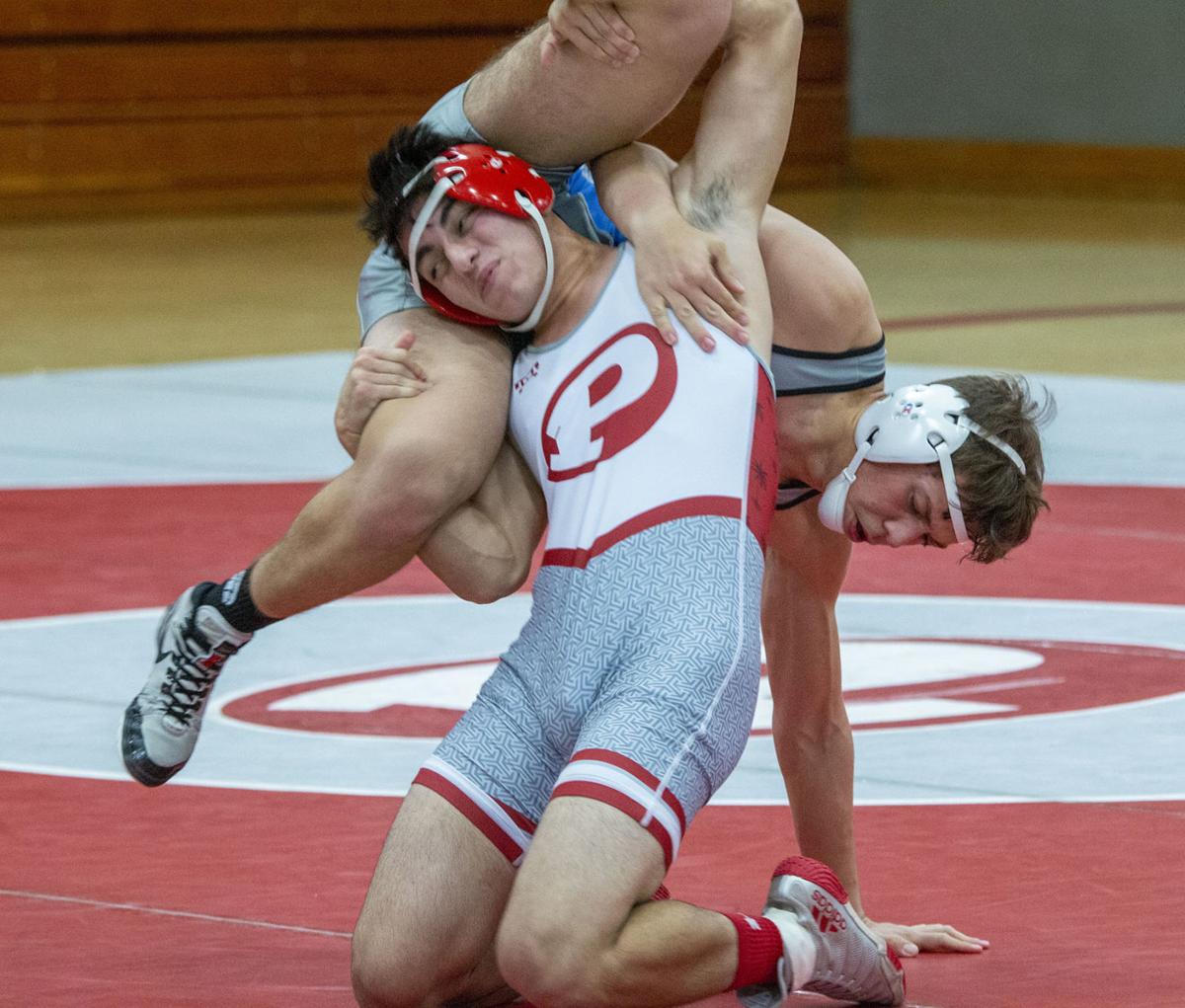 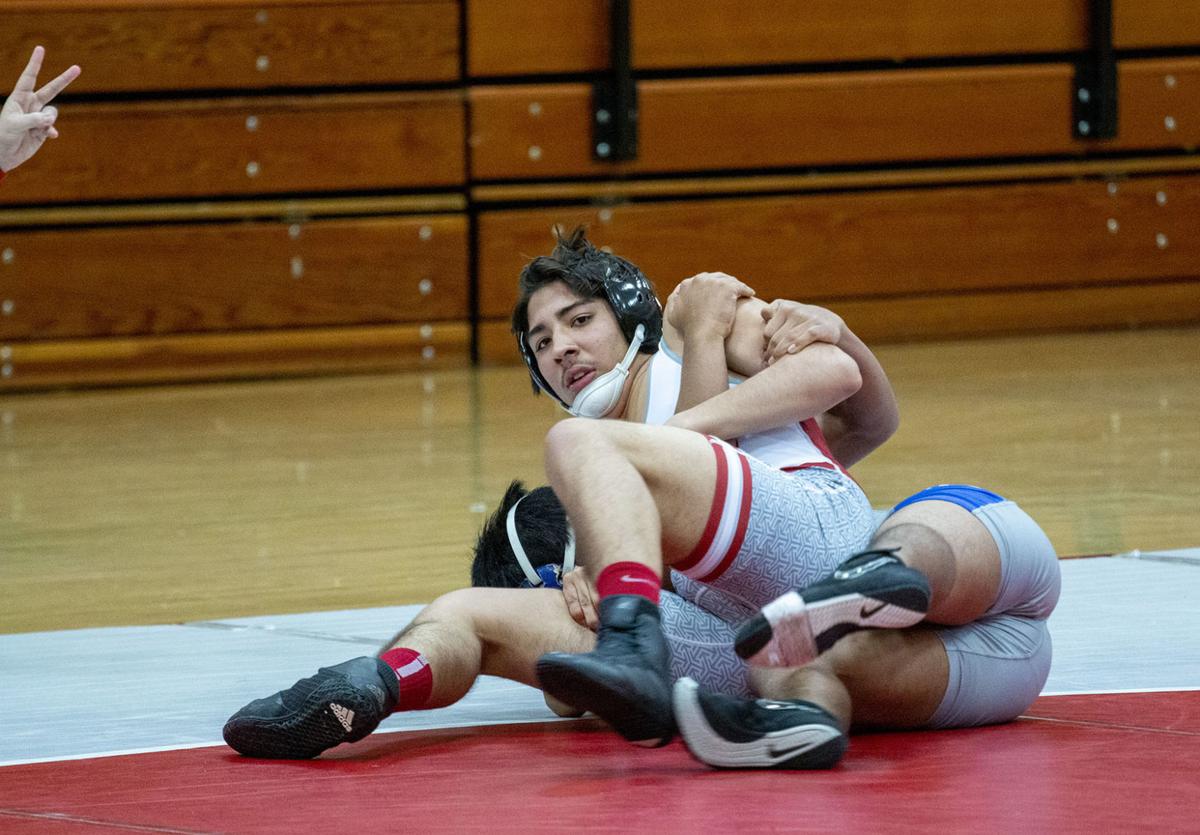 Junior Noah Cruz leads the squad out for warm-ups on Jan. 21 at Dave Klein Gymnasium.

Tuesday night was the Patterson High wrestling team’s final match in the confines of Dave Klein Gymnasium this season. In line with the tradition of the final home match, the wrestling squad honored 14 wrestlers with a Senior Night celebration before the varsity match.

While the pageantry of senior night gave reason to celebrate, the match versus Atwater High proved to be tumultuous.

A total of four forfeits (two from each team) meant 10 matches were decided on the mat between the Tigers and the Falcons.

Patterson was only able to secure wins in two of those ten matches against Atwater, to lose to the Falcons 51-14.

The loss dropped Patterson to 2-2 in the Central California Conference. The Falcons got their first league win of the season with the victory on Tuesday.

Patterson struggled to get much going against Atwater, losing seven of the ten matches by pinfall.

“I don’t want to make excuses. We got out- wrestled. Bottom line,” head coach Artie Rivera said following the loss. “We don’t have time to sit here and mope and cry about it. We got to keep moving forward and try to finish off the year strong. We’ve got two more matches and they’re not easy ones, so we’re just trying to get it done.”

The tough aspect to the wrestling league schedule is that each team only gets six matches (one against each team in the conference), meaning that every match is extremely important. A string of slip-ups can mean the hopes of a top spot evaporating quickly.

The Tigers will square off at El Capitan High on Jan. 23. They then have a bye before concluding the season with a dual at Central Valley on Jan. 29.

Patterson is set to host the league finals. The Central California Conference finals are scheduled to be held on Feb. 7 at Dave Klein Gymnasium.

Patterson’s two wins on Tuesday came from both Barrera brothers.

Adrian, the elder of the two, broke the shutout with a 4-3 decision victory against Joey Gonzalez in the 128-pound bout. Anthony had a strong showing, with a pinfall victory in the first round of the final match of the evening against Horeb Francisco during the 162-pound bout.

Junior Noah Cruz gave a valiant effort in his 147-pound match versus Ian Woodruff. A 5-5 tie on the scorecards forced a total of four overtime periods, but Cruz would drop his match when Woodruff scored in the final second of the fourth overtime period to lose by decision in dramatic and, for Cruz, heartbreaking fashion.

Below is a complete list of results from the varsity matches on Tuesday: