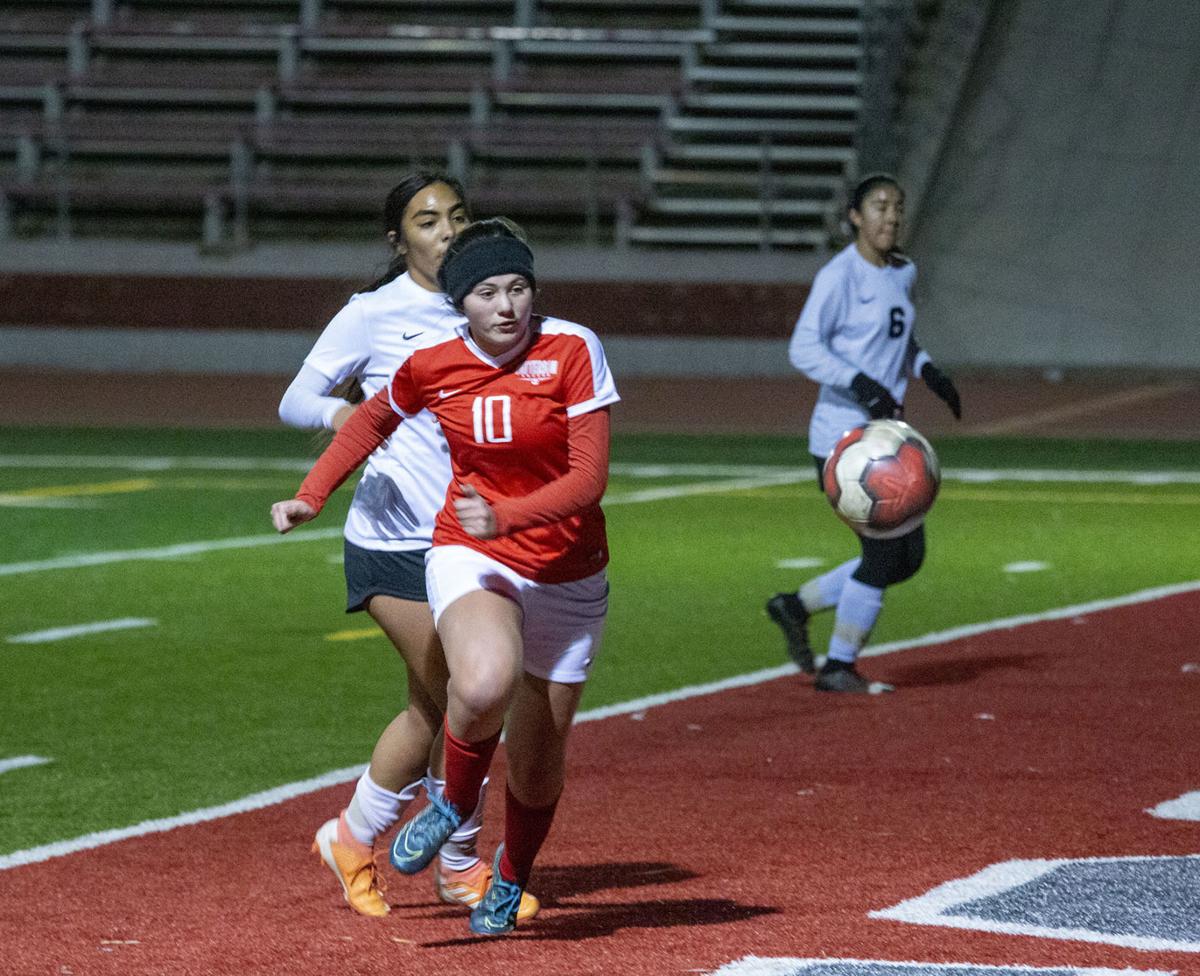 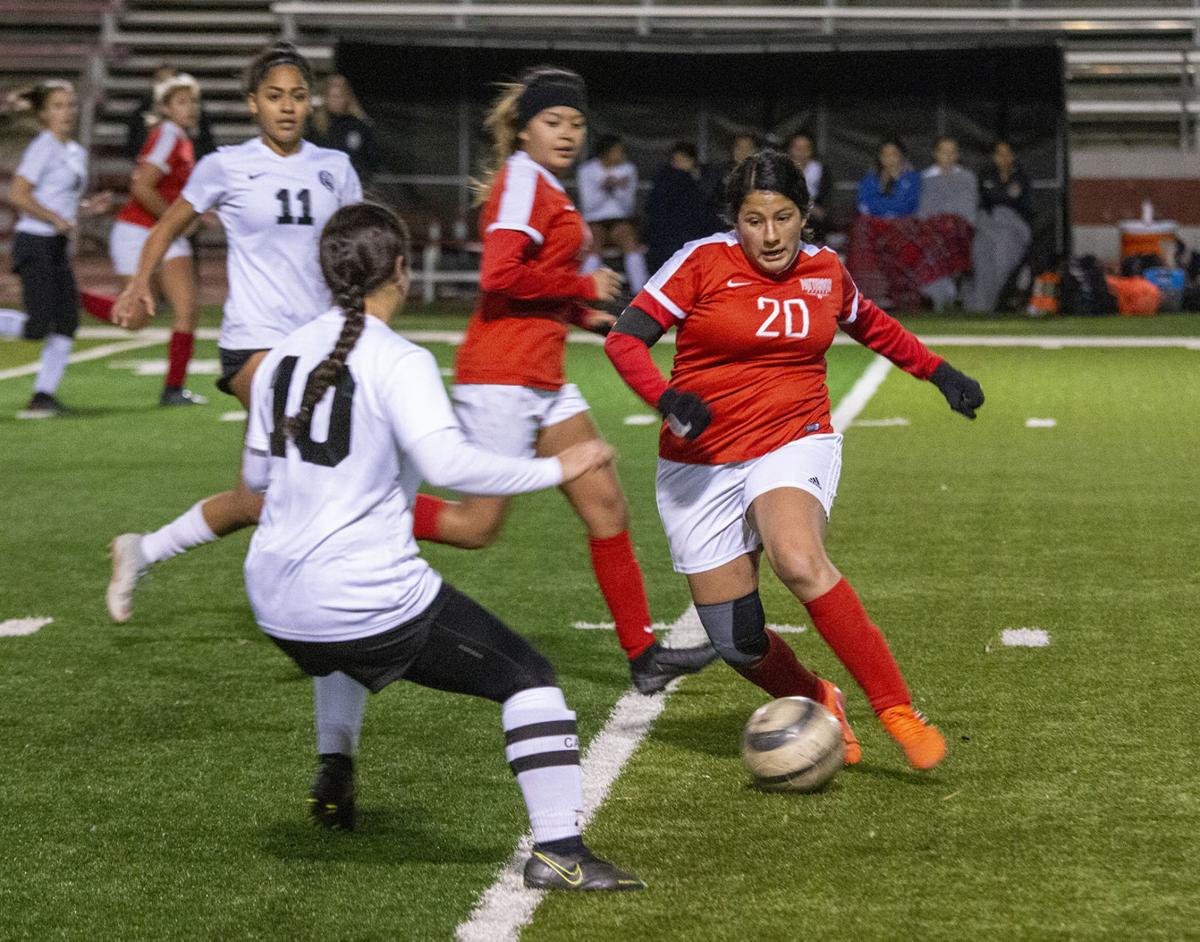 Junior Viviana Leon dribbles near a defender on Feb. 4 at Patterson Community Stadium. 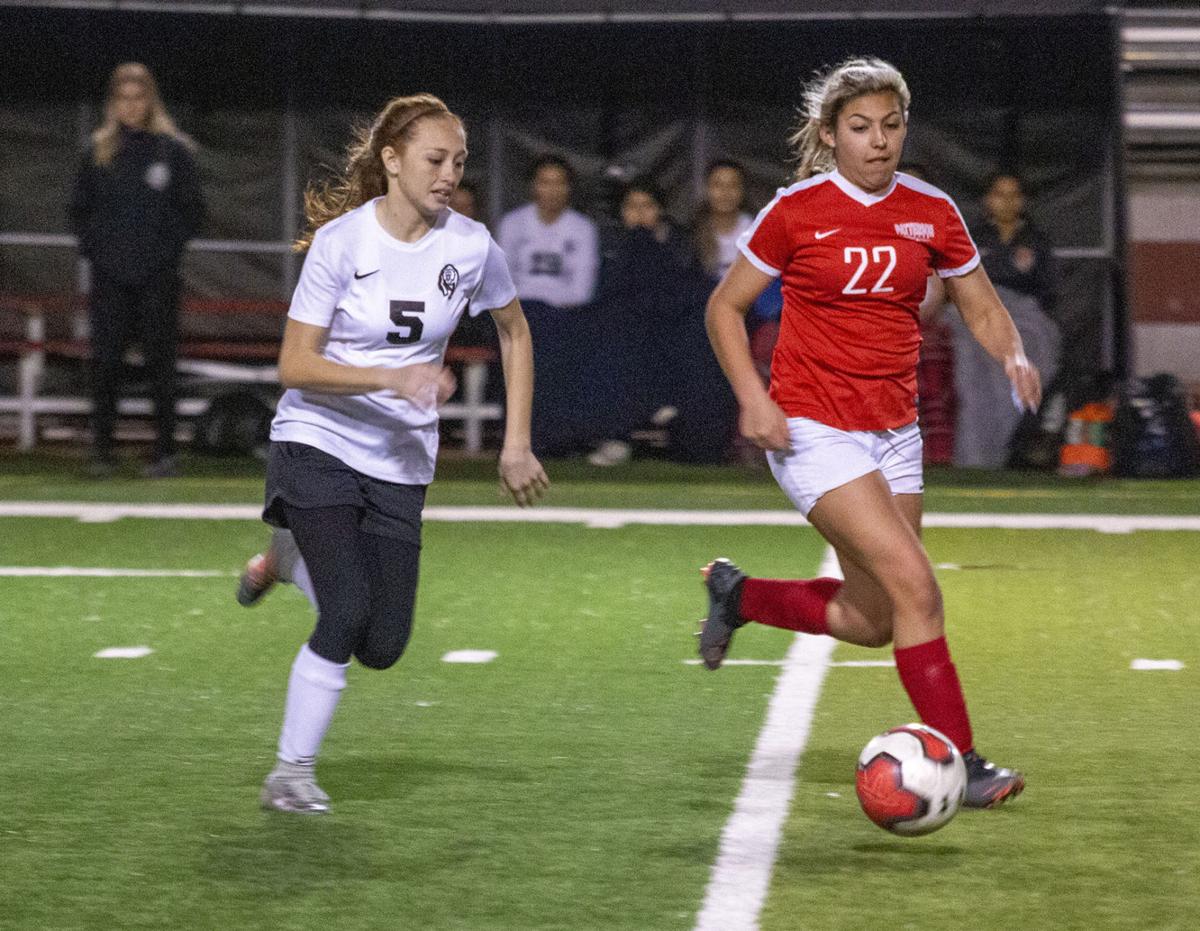 Junior Viviana Leon dribbles near a defender on Feb. 4 at Patterson Community Stadium.

Through the first 35 minutes of the game it was an even affair, but the next 45 minutes proved to be the exact opposite. The Patterson High varsity girls soccer team had trouble getting anything going against the Bears, dropping the match 7-0 to the visitors.

Senior DeAnna Gorea was sensational for Merced. Her goals in the 36th, 53rd and 61st minute gave the senior a hat trick at Patterson Community Stadium.

Merced senior Jocelyn Cervantes was just as productive. The one of three captains on the roster chipped in with goals in the 63rd and 75th minute.

For Patterson the rough season has continued. Since winning against Atwater on Jan. 7, the Tigers have lost five of the last seven games. The other two resulted in ties.

The Tigers entered Tuesday’s action missing four starters from their lineup due to injury.

The loss dropped Patterson’s record to 3-9-3 overall and 1-6-2 in the Central California Conference.

Head coach Sheila Ludwig emphasized to her team to not dwell on the loss. With a game coming at Golden Valley on Thursday, there is little room to stay fixated on Tuesday’s tough outing.

Patterson has three games remaining on the schedule before they conclude their season. They travel to Golden Valley on Thursday before returning home for senior night against Buhach Colony on Tuesday, Feb. 11 at Patterson Community Stadium.

The Tigers will finish off the season on the road against El Capitan High on Feb. 13.